A centuries-old Jewish tradition of burying their dead in isolated sections of cemeteries has been preserved in Madison for at least the next five decades or so, thanks to an “unheard of” effort by the Jewish Burial Association of Madison.

The local group made a bold move toward future burial needs as its section of sites at Forest Hill Cemetery on Speedway Road has filled.

When added to previous purchases made since 2009, the number of burial plots available in the Jewish section of the cemetery jumps to 1,272. Madison has about 5,000 people of the Jewish faith, according to Jewish Madison, a publication by the Jewish Federation of Madison.

“This takes care of the burial needs for Jewish people in Madison for the next 35 to 50 years,” said Jim Stein, president of the group that represents Madison’s synagogues, Jewish organizations and individuals.

The burial plot expansion was stunning news for some in the funeral business, a market sector that these days is focused more on cremations than full burials.

“You might have some from different backgrounds buy 100 (plots) at a time but that typically happens in Milwaukee,” Ryan said. “In Madison, that’s incredible, especially with cremation rates at 65 percent. But the Jewish faith is still very traditional.”

A loan for just over $667,000 from the Irwin A. and Robert D. Goodman Foundation paved the way for the Madison group’s purchase of 864 burial plots from the cemetery in December. It also pays off three outstanding loans for previous burial site purchases there, including 104 plots earlier last year, according to JBAM’s website.

A $183,000 gift from the foundation is helping with the design and installation of an entry road to the section from Westfield Road, and to landscape the section with trees, flowers and other greenery, Stein said.

“That (grant and gift) were so meaningful,” said Terrie Goen, JBAM’s treasurer and executive director of Temple Beth El in Madison. “They understood the importance of what we were doing.”

The importance of the goal to expand Jewish burial plots was made clear when all four of Madison’s Jewish sects — which carry a diverse swath of beliefs — agreed on all aspects of the plan, Stein said.

“Getting the strands of Judaism to kind of stand together and figure this out, that would be akin to having the Unitarians, the Catholics, the Episcopalians and Methodists all getting together to figure it out,” he said.

For instance, cremation was once frowned on by all Jewish sects but that has changed over the years and now all but the most conservative sects allow it. The local burial association is handling that challenge by reserving half of the Beit Olamim Jewish section for traditional burials, Stein said. The rest of the section is reserved for non-traditional burials, which can include spouses and children who are not Jewish as well as cremated remains.

Stein, the only member of the JBAM board who is not directly affiliated with a synogague or other Jewish organization, believes that everyone is in agreement because Jewish people, regardless of their individual belief system, respect the dead and the people who are mourning the dead.

Unlike many religions, Judaism puts more importance on earthly life than afterlife. It believes that the soul comes from God and the body from the earth, and the soul returns to God and the body to the earth after death, preferably within 24 hours.

“It’s kind of like the ultimate thing that we’re not going to fight about,” Stein said. “We’re always willing to defer to the desires of the mourners and the deceased and the clergy taking care of them.”

Most are in agreement about the rules of internment, too, which make Jewish burials very eco-friendly, Stein said.

“We’re typically buried in an all-natural vault coffin, which is always wood,” he said. “It tends to be the simplest coffin possible. And the vaults are bottomless so that you’re directly in the ground.”

Stein recalls that Jewish leaders in Madison could see their section at Forest Hills — created in the 1870s — filling up long before the creation of JBAM in 2006.

Few problems within the Jewish faith cause more angst than burial needs.

“Back in the early days when people settled in different communities, they understood that a Jewish cemetery was so important that they established their cemetery before they even established synagogues,” Goen said.

“So when Forest Hills was running out of space it was obvious something had to happen.”

By 2009, an agreement with Sunset Memorial Gardens was being reached on a portion of the cemetery that could become the Jewish section, Stein said.

In 2017, the owner of Sunset Memorial Gardens, Wisconsin Cemeteries Holdings LLC, of Nashotah, sold the cemetery and some others to StoneMor Partners LP, of Pennsylvania. StoneMor operates more than 300 cemeteries across the country, including Roselawn Memorial Park in Monona and Sun Prairie Memorial Garden.

The agreement was still in place after the sale but, “Sunset was selling enough plots that we knew if we didn’t (buy the remaining plots) we would start to lose our section,” Stein said.

JBAM’s work is not done. Officially, the all-volunteer group sells the rights to be buried at the cemetery — $1,800 for a single plot — and has a hand on the 15 to 20 Jewish burials that take place at the cemetery each year.

“The next steps for us are to consolidate the needs for the Jewish community when people die, like providing resources for families such as what funeral homes can provide a Jewish burial,” Stein said.

“If you’re indigent, we can point you to what social service agencies can help pay for the funeral,” he said. “We’ll also provide resources for grieving and connecting people to a rabbi. Not everyone is affiliated with a synagogue and some people need to be connected with a rabbi.”

EDITOR'S NOTE: This story has been updated to correct the cost for burial rights.

Largest cemetery on Madison’s East Side.

Green cemetery in 25 acres of woods that is part of the Farley Center in town of Springdale.

In Mongolia and Tibet, a death ritual called a “sky burial” includes placing the body on a mountaintop, sometimes after chopping it into piece… 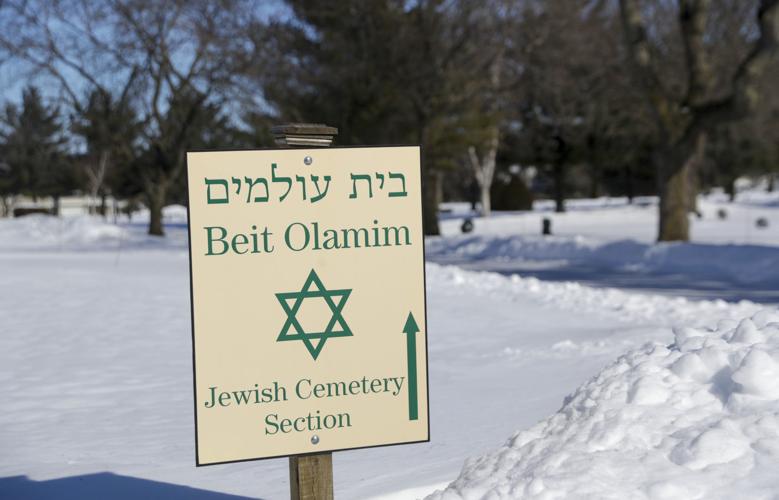 The Jewish Burial Association of Madison completed the purchase of 968 burial sites last year for the Beit Olamim Jewish section at Sunset Memorial Gardens on Madison's Far West Side on Mineral Point Road. 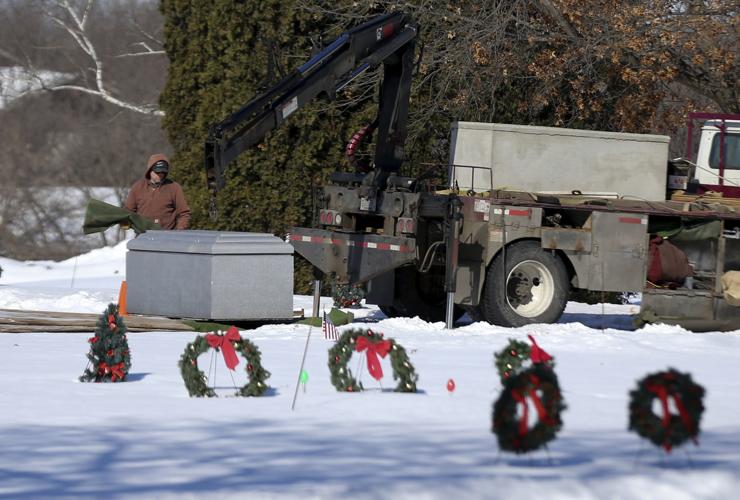 Representatives of the Jewish Burial Association of Madison report that recent burial plot acquisitions should serve the Jewish community's burial needs for the next 40 to 50 years.