After a bitter breakup earlier this year, Dane County and the nonprofit that used to run concessions and raise money for the county-run Vilas Zoo are at odds again — this time over money collected from visitor donation boxes at the admission-free zoo.

It’s gotten so bad that this week the Dane County Sheriff’s Office confirmed it is investigating the matter, and Josh Wescott, chief of staff to County Executive Joe Parisi, said the county’s attorney “is initiating its own legal review ... for the potential of a breach of contract.”

At issue are hundreds of thousands of dollars people have tossed into so-called “greeter boxes” installed at the zoo by the Henry Vilas Zoological Society two years after it inked a contract with the county that obligated it to provide the county a cut of on-site donations.

That contract, which ran from Jan. 1, 2014, through March, required the society to annually pay the county either a lump sum or a percentage of what the society took in from concessions and from what are described in the contract alternately as “visitor donation collectors” and “donor tubes.” 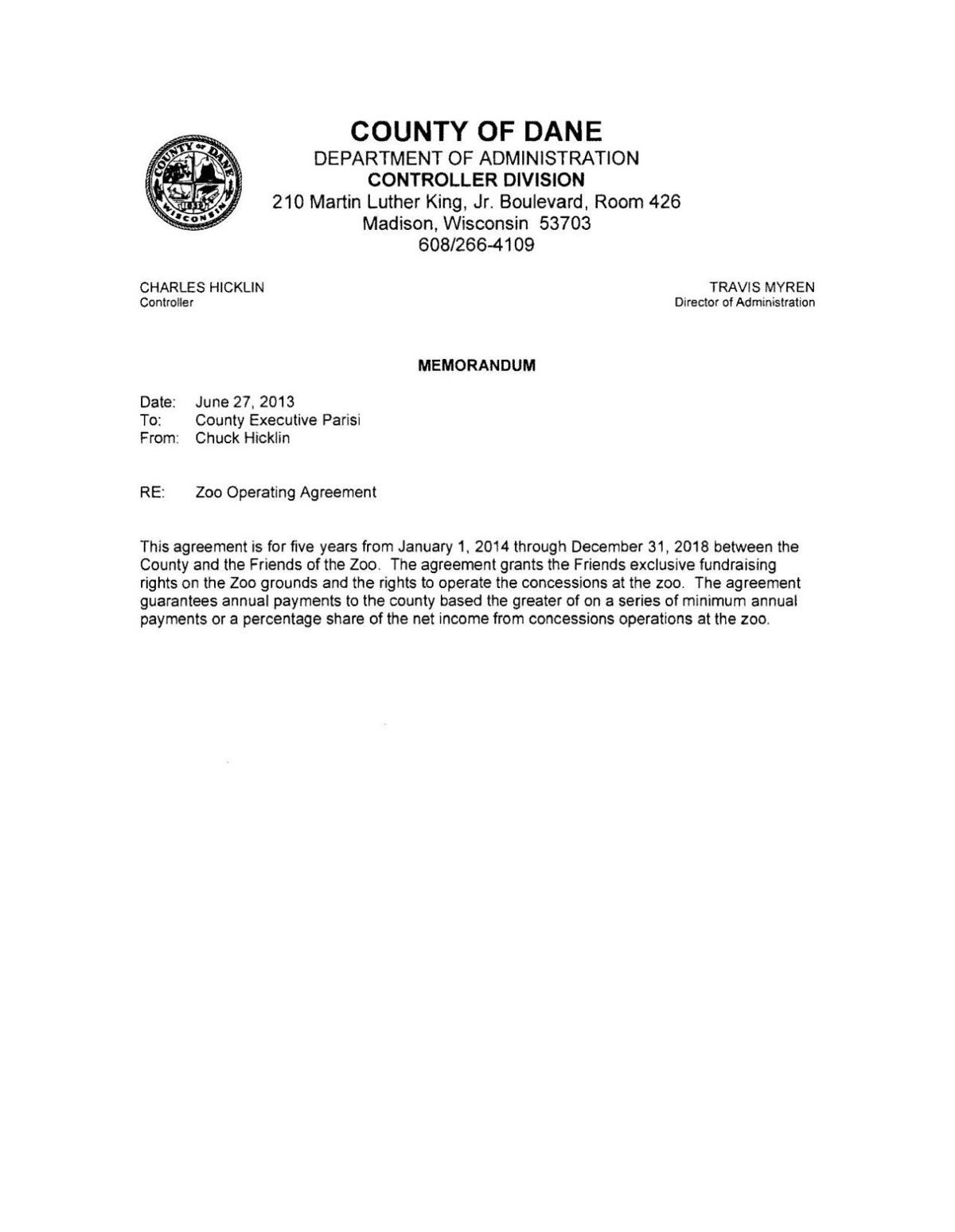 Wescott said the term “greeter box” is one the county only became aware of this week, after a reporter for the weekly Isthmus newspaper, which first reported on the dispute, began asking questions. He emphasized that the contract refers to “visitor donation collectors” and questioned whether greeter boxes should have been considered a type of collector.

Tom Hanson, chairman of the society’s board of directors, pointed to audited financial statements that document the money collected from the greeter boxes is contained in a line item labeled “contributions,” which includes money collected through other zoo fundraisers.

He emphasized that greeter boxes were only installed after the contract had been signed, “just like other things that were added since the beginning of the contract,” and that in only considering donor tube revenues in the amount it had to share with the county, the society was simply following the existing contract.

“The objective was never ‘What can I do to not pay the county,’” he said.

Wescott said that “earlier this year zoo staff became aware that donations at the zoo in 2019 were significantly higher than what had been previously reported to the county by” the society.

When the county couldn’t determine why that was, it contacted the Sheriff’s Office. Sheriff Dave Mahoney said the inquiry, which he called a “typical financial crime investigation,” was in its early stages, but that a description of the dispute as explained by a Wisconsin State Journal reporter aligned with what he’d heard from investigators.

Hanson acknowledged that “because of the introduction of the greeter boxes, we then saw a decline in (revenue from) the donor tubes,” something that was “not a surprise” given the boxes’ higher visibility. He said two people were always on hand to collect the loose coins and bills from all zoo donation boxes and the money was taken to the bank by armored vehicle.

‘No basis’ for claim

It’s not clear that even if the society had included greeter box money in calculations of what it had to pay the county that that would have increased the amount the county received.

In 2018, for example, the amount the society was supposed to pay the county was the greater of either $765,000 or 90 percent of “the net income from concessions operations and donor tubes,” according to the contract.

“There is no basis for the suggestion that cash donations were mishandled by the society in any way,” Hanson said. “A couple of phone calls or emails to the society would have cleared up the county’s misunderstanding of the situation.” 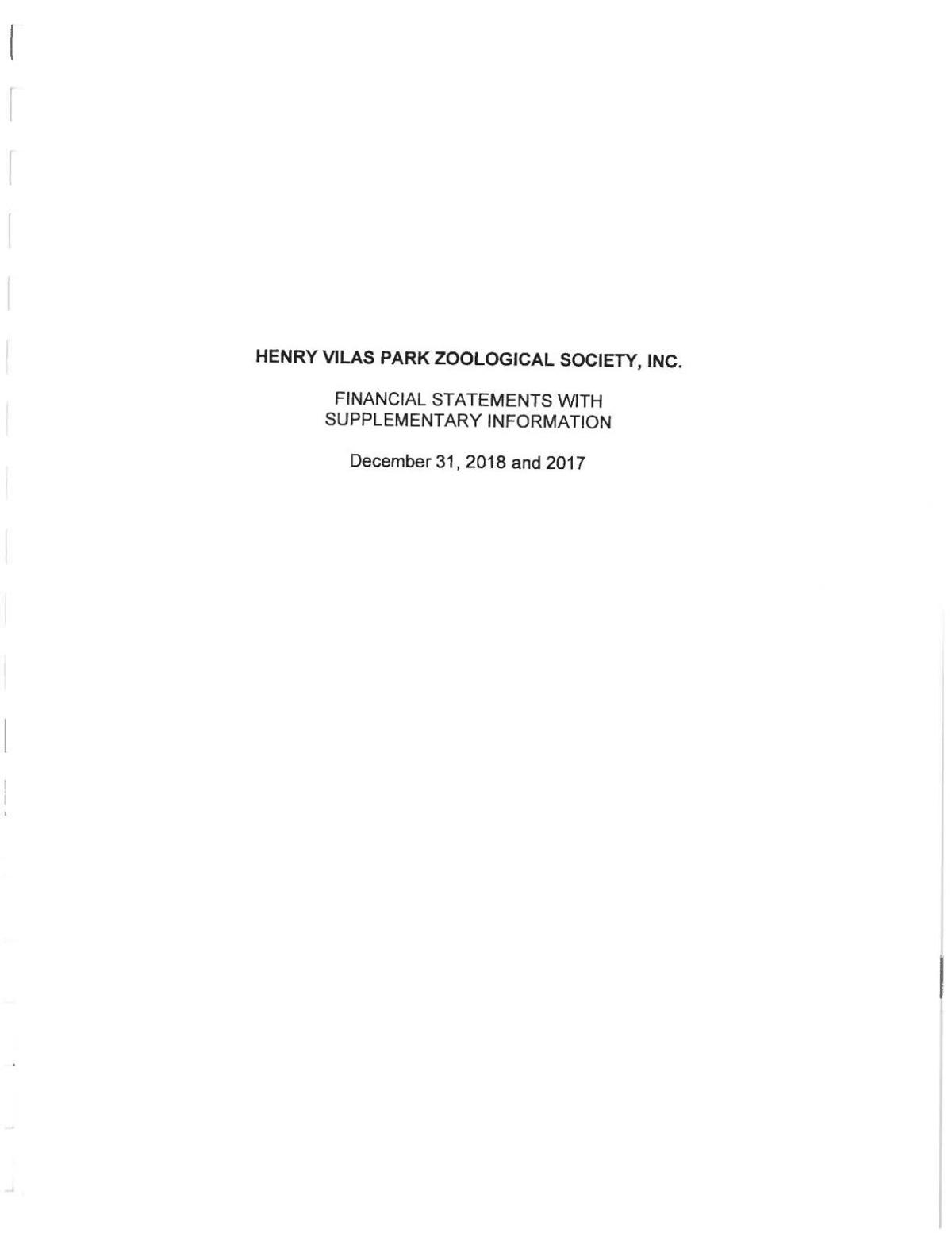 The county and society ended their decades-long relationship on April 1 after the two could not agree on a new contract. Among the issues that led to the breakup was a disagreement about who zoo staff would report to and the size of the society’s endowment.

The county has since hired a for-profit company, Centerplate, to run concessions and is seeking a new fundraising partner.

The sides also have yet to craft an agreement on what to do with the approximately $7.5 million left in society accounts. Deputy county attorney Carlos Pabellon said negotiations have been at a standstill since August over the society’s insistence that it have access to some of that money to cover lingering administrative and attorneys costs.

Hanson pointed to a section of the most recent contract between the two parties that allows society funds to be used for “outstanding obligations” of the society should the contract end before the “disbursement of all net income.”

He said that as the society winds down, it will have to hire legal, auditing and accounting services to represent the society in negotiations with the county and to prepare its final financial reports.

Photos: Some of our favorite animals from Madison's zoo

The county cut ties with its longtime fundraising partner and concessions operator in March.

The Sheriff’s Office opened the investigation after Dane County officials raised questions about whether the zoological society was withholding money.

Publisher and co-owner Jeff Haupt said Isthmus was profitable before the coronavirus hit.

Schwetz is charged with assault with sexual motivation in Seattle Municipal Court.