Despite the end of extra federal unemployment benefits early last month, Wisconsin’s unemployment rate remained at 3.9%, where it has been since April, according to new data from the state Department of Workforce Development.

Thursday’s report provides the first look at Wisconsin’s unemployment rate after the extra benefits expired on Sept. 6. Republicans and some business owners had argued the enhanced benefits were exacerbating the state’s workforce shortage by creating a disincentive to work, but others said Wisconsin’s labor woes are more complicated and won’t be going away anytime soon.

“I think we’re probably looking now at 2023 in terms of any sort of normalcy,” Rimantas Buinevicius, executive search partner with Patina Solutions, said during a labor shortage discussion hosted last week by the Wisconsin Alumni Association. “I think it’s going to be related to seeing pure confidence that COVID infection rates aren’t going to come back and the supply chain coming back to normal, because until the supply chain comes back to normal there’s just no way you’re going to get back to a normal situation.”

Kim Ruhl, associate director of the Center for Research on the Wisconsin Economy, agreed with Buinevicius, adding that “it’s definitely going to be measured in years, not months.”

DWD’s report, which is based on U.S. Bureau of Labor Statistics preliminary employment estimates, found that total non-farm jobs in Wisconsin remained the same as in August, while private-sector jobs in the state dropped by 100. The state’s labor-participation rate increased slightly from 66.5% in August to 66.6% last month.

The state also continues to fare better than the national unemployment rate, which was 4.8% last month.

Enhanced benefits, which provided unemployed people $300 in weekly payments in addition to the state’s maximum weekly benefit of $370, were enacted to help the tens of thousands of Americans who found themselves out of work during the COVID-19 pandemic.

However, public opinion surrounding those benefits began to sour over the course of the pandemic as businesses returning to more normal operations found themselves unable to find enough willing workers — a challenge that was present long before the pandemic.

Legislative Republicans tried to end the benefits, which 20 other Republican-controlled states had done. But Gov. Tony Evers vetoed those efforts, pointing to the need to address other barriers to employment, including transportation, child care and wages in order to get more people back to work.

“The pandemic really exacerbated and exposed some underlying issues in these labor markets, and those are issues relating to low wage jobs and gender inequality in the way we think about the distribution of care work,” Laura Dresser, associate director of the liberal Center on Wisconsin Strategy, said last week.

Wisconsin’s non-farm jobs in September remained at 96% of pre-pandemic levels in February 2020.

Kurt Bauer, president and CEO of Wisconsin Manufacturers and Commerce, said he still believes the federal government is competing with the private sector through stimulus payments and the child tax credit.

“I think for some that is an incentive for them to stay out of the labor force,” he said. “Clearly our labor participation rate has not rebounded to pre-COVID levels, which tells you that people are out of the workforce that had been in the workforce. The question is why?”

DWD officials said Wisconsin employers continue to struggle to fill jobs due to a workforce gap driven by low birthrates, high retirement rates and low net migration and immigration flows into the state.

“The labor force may decline by 2035, rather than just be flat,” Hodek said. “This is essentially the retirement of the baby boomer generation. As that generation ages and in turn ages out of the labor force, it becomes more and more difficult to replace those job openings.”

Republican lawmakers earlier this month introduced a package of bills that would, among other measures, require drug testing for those claiming unemployment benefits, directing job seekers to apply for specific positions and provide cash payments to businesses that hire long-term unemployed individuals — those who have spent 27 weeks or more on unemployment. The bills authors have said the package aims to transform the state unemployment system into a “reemployment program.”

“The lack of affordable, flexible child care, paid leave and the Medicaid ‘cliff,’ which provides an incentive for workers to reduce hours, all contribute far more to our challenges than any impact enhanced unemployment insurance had on the market,” Phetteplace said. “Organizations like WMC and leadership in the legislature wanted to blame workers first, instead of figuring out what barriers exist for them. Let’s have an honest discussion to help small businesses.”

WMC, the state’s largest business organization, on Thursday sent a letter to Evers calling on the governor to spend $3 million in state dollars and federal coronavirus stimulus funds to launch a talent attraction campaign aimed at drawing more out-of-state workers to Wisconsin.

“Unless something changes, we are going to continue to have fewer workers for the jobs we have right now, let alone ones we hope to create, so this is an economic imperative for us,” Bauer said.

Madison’s strong economy, marked by its diversity, workforce and historically low unemployment, is a fertile seedbed for new-company innovation and place for well-established businesses to thrive. These companies are doing just that, according to their employees.

Madison’s strong economy, marked by its diversity, workforce and historically low unemployment, is a fertile seedbed for new-company innovatio…

Who determines Top Workplaces? The best judges: the employees who work there.

Engaged leadership, a culture of building employee skills and a commitment to helping members boosted Summit Credit Union to the top spot amon…

Working in a convenience store isn’t always seen as desirable, but Kwik Trip officials say their employee benefits and choosiness in hiring ha…

EVCO Plastics, a third-generation family company, believes that the power of technology is unleashed by the right human touch.

NO. 4 LARGE | TDS TELECOMMUNICATIONS Tradition of investing in employees pays dividends for TDS

In 1969, when LeRoy Carlson started what today is TDS Telecommunications, he was a believer in investing in employees – a value that company o…

The Waunakee Community School District draws its identity and its workplace culture from the community it serves.

Tri-North Builders Inc. was founded in Madison in 1981 as a general contracting firm and has continuously expanded services to offer pre-const…

Finding qualified, talented employees is a tough job in a low-employment landscape such as Madison’s – but keeping them is also a major challe…

Taking care of the caregivers is one of the ways that Senior Helpers built a culture of compassion among its 160 employees.

The first job at Fairway Independent Mortgage is humility.

Amtelco, a 44-year-old family-owned company, builds its corporate culture on a foundation of treating its employees, its customers and its com…

When The Douglas Stewart Company took on a demanding new contract last year, everybody chipped in by working long hours and weekends – includi…

Kevin Klagos has a simple formula for success in dentistry: Take care of your employees and they will reflect that same care with their patients.

From groceries to financial services, the midsize company category generated a range of highly ranked firms, whose dynamic approach to workpla…

The companies recognized in the Wisconsin State Journal’s Top Workplaces project this year possess not only vibrant workplace cultures, but in…

NO. 1 SMALL | HORIZON DEVELOP BUILD MANAGE Building a workplace on a foundation of empowerment

Feeding employees’ ambitions to change a company and an industry, trust and fair compensation are the foundation of the culture at Abodo, an o…

Propeller Health emerged from a year of change with its employee culture intact and, company officials say, even stronger.

A few years back, Andy Kurth shifted his focus at Weed Man Lawn Care from being solely money driven to one of helping his employees succeed an…

Here are the rest of the top-ranked small firms in Top Workplaces 2020, reflecting a diversity in business types and workplace cultures that h…

Although all of the organizations recognized in this section have earned distinction as Top Workplaces for 2020, employees at some of them fel…

When it comes to feeling appreciated at work, what matters most to employees? If you answered “pay,” think again. Research shows pay is low on…

On Monday, enhanced federal unemployment benefits — which provide unemployed people an additional $300 in weekly benefits — will come to a close.

The Forum's report found that the 1.87 percentage point drop in state and local taxes as a share of personal income in Wisconsin from 1999 to 2019 was the biggest decrease in the nation over the 20-year span.

DWD reported the state's unemployment rate dropped to 3.2% in October, the lowest the state has seen since before the COVID-19 pandemic hit.

Wisconsin college students and recent graduates are in high demand as state and national unemployment rates continue to drop, according to higher education career placement workers. 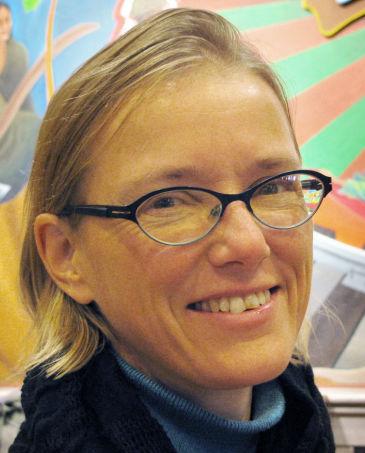 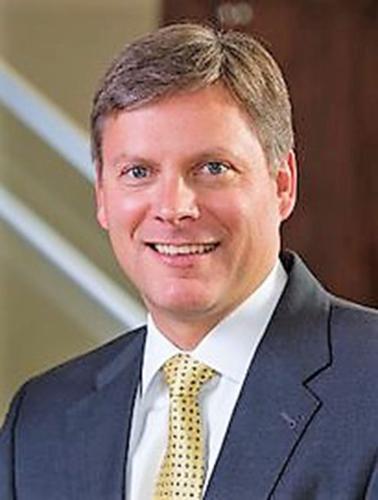