With one of its three members sidelined as part of a political tussle, Wisconsin’s utility regulation board on Thursday approved the state’s first large-scale solar projects.

The move allows two utilities to spend almost $390 million on two projects that will more than quintuple the state’s current solar energy capacity.

Both projects are many times larger than any existing solar farm in the Midwest. Badger Hollow, with a footprint roughly twice the size of the UW Arboretum, would be one of the largest solar farms in the country.

“These projects are an important first step in decreasing the carbon footprint of Wisconsin’s energy production,” Valcq said in a statement after the decision. “Wisconsin is ready to embrace a clean energy economy thanks to declining costs of renewable infrastructure and utilities responding to customer demands for clean energy options.”

Saying he believes in an “all of the above” energy strategy, which would include an ongoing role for natural gas and coal, Huebsch said the approvals constitute “a significant step toward going carbon-free.”

If the panels perform as expected, they will generate enough electricity to power nearly 110,000 typical homes and offset about 573,000 metric tons of carbon dioxide, based on 2017 emission rates.

That would be about 1.3 percent of emissions from the current state electricity sector.

“It is a landmark day for solar energy in Wisconsin,” said Tyler Huebner, executive director of Renew Wisconsin, a renewable energy advocacy group. “With solar energy, we will produce homegrown, healthy energy right here in Wisconsin for years to come, and provide substantial economic benefits to the landowners and local governments who will host these projects.”

The utilities — which both have goals of slashing 80 percent of their carbon emissions by 2050 — argued solar is the cheapest source of new generation and is what customers want.

Both companies say they need to replace aging fossil-fuel generators and that the $389.7 million investment will cost customers $181 million less than other alternatives for meeting demand.

It is the first time the PSC has authorized a utility to buy an unregulated “merchant” plant — which sells power to the wholesale market — prior to construction.

Valcq acknowledged the novelty of a two-step permitting process in which the private developers sought permission to build the solar farms and the utilities separately sought to purchase them.

If the utilities themselves applied for permits, the commission would have to evaluate the need, economics and engineering — alongside alternatives — rather than simply determining where to put the solar panels.

But commissioners said the process did not circumvent the law.

“The commission’s review here between all of the dockets was comprehensive and holistic,” Valcq said.

The PSC rejected a request from the ratepayer group Citizens Utility Board to include a risk-sharing mechanism in case the projects prove less cost-effective than anticipated. Valcq said any cost concerns can be addressed in future rate cases.

But the commission also rejected the utilities’ request to authorize construction cost overruns. The decision could end up saving ratepayers as much as $55 million.

CUB executive director Tom Content said while the commission did a comprehensive analysis for this project, he is concerned that future projects using the bifurcated application process might not get the same level of scrutiny.

“Utilities and customers both want more solar, but that doesn’t mean we should automatically endorse these projects,” Content said. “All utility projects that add cost pressure for hard-working utility customers deserve a rigorous review.”

The Badger Hollow project, proposed by Chicago-based Invenergy, generated some local opposition from neighbors who said it would change the rural landscape and take high-value cropland out of production for generations.

Calling solar energy a “land devourer,” Huebsch said the “dairy state” needs to be cognizant of land use as it considers the development of additional solar farms.

The two projects approved Thursday will cover about 5,000 acres. At that rate, building all the 4,600 megawatts’ worth of solar projects now being studied would require more than 32,000 acres.

“Today is a small drop in the bucket,” Huebsch said. “I’m going to err on the side of we’re heading in the right direction. The opportunity of developing these solar farms in Wisconsin is much greater than the disruption.”

The commission previously declined a request to draft rules for siting solar farms, something Huebsch said the Legislature may need to address.

Under the state’s utility revenue law, the utilities will contribute $4,000 per megawatt each year to local governments where the farms are sited. While lease terms were not made public, participating landowners are expected to receive significantly more than the going rate for farmland.

Alan Jewell, who farms several miles from the Badger Hollow site and was one of several neighbors who opposed the project, was unimpressed with the conditions attached to the permits, such as requiring the solar developers to use deer fencing and trees to block the views and to work with non-participating neighbors to address complaints.

“You’re going to save a few molecules of carbon dioxide,” Jewell said. “There was no consideration given for people that were impacted negatively.”

The commission met without Ellen Nowak, whom Evers removed after a court invalidated appointments made in the final days of the Walker administration and confirmed during a lame-duck session of the state Senate.

Nowak, who was turned away when she showed up for work, said in a court filing that her removal has harmed her personally and risks stalling important public projects.

Evers has yet to nominate a replacement.

A state appeals court on Tuesday sided with Evers, ruling that the governor was within his authority to rescind the appointments.

Saying the appeals court decision “will ensure this chaos will continue for months longer,” Republican lawmakers on Wednesday asked the state Supreme Court to reinstate the appointees. The court gave Evers until Monday to respond.

Huebsch said he was “disappointed and concerned” that litigation has “clouded the work of this commission” but vowed to continue working with Valcq.

Valcq said allegations that the litigation has hindered the commission’s ability to work were “patently false.”

“Two commissioners constitute a quorum,” she said. “Commissioner Huebsch and I continue to work along with our PSC colleagues.”

While Foxconn is the only customer We Energies has identified, the Taiwanese manufacturer will not be required to share the cost because the line is considered a backup and would potentially support other future development.

Chicago-based Invenergy last week submitted an engineering plan for a 200-megawatt solar farm with a 50-megawatt battery component, which is larger than any currently-deployed battery in the United States and would be the first in Wisconsin. 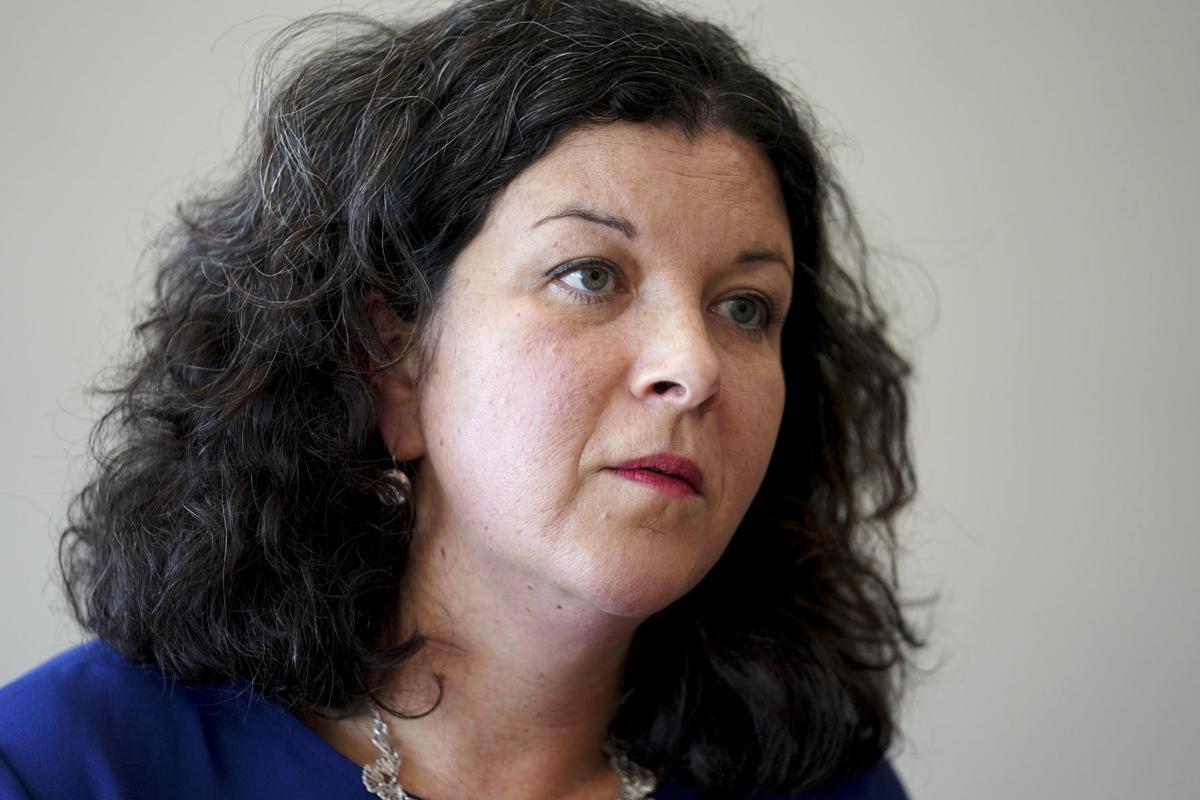 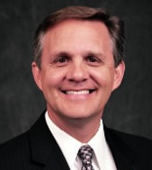 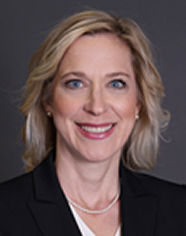 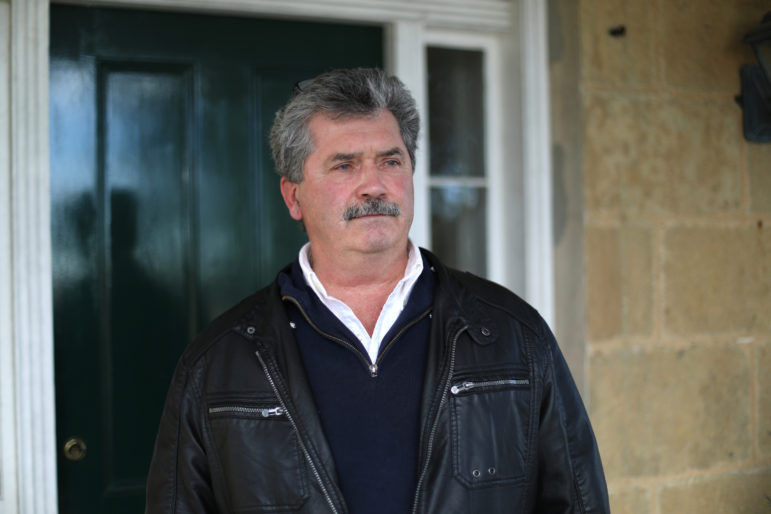 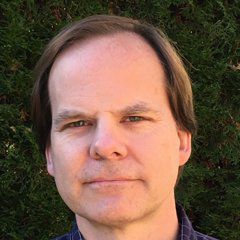