Citing ongoing dependence on fossil fuels, a group of Republican lawmakers has introduced a resolution supporting development of petroleum pipelines, a policy that scientists say is incompatible with slowing climate change.

The nonbinding resolution introduced Tuesday says Wisconsin’s economy will continue to rely “for many years” on petroleum products and calls on the Legislature to “support continued and increased development and delivery of oil derived from North American oil reserves to American refineries.”

It goes on to say “everything should be done to support continued and increased development and delivery of oil from Canada to the United States and support the development, maintenance and operation of pipelines.”

The resolution has backing from petroleum and convenience store industry groups, as well as Wisconsin Manufacturers and Commerce, the state’s largest business lobby. Wisconsin Conservation Voters and other environmental advocates have registered against, with the Sierra Club calling it “foolish.”

“Doubling down on the dirty fuels and infrastructure of the last century will set our economy back and cause ecological disaster,” said Peg Shaeffer, spokesperson for Midwest Environmental Advocates.

“Now is not the time for meaningless resolutions to appease oil, gas and pipeline interests,” said Clean Wisconsin spokesperson Amy Barrilleaux. “It’s time for Wisconsin to focus on real solutions to the climate crisis that confronts us.”

Greg Nemet, a professor of public policy at UW-Madison, said expansion of fossil fuel use and infrastructure to deliver them is not compatible with widely accepted goals associated with mitigating the effects of climate change.

“The alternatives to fossil fuels, especially wind, solar, and electric vehicles, are now competitive and high-performing,” Nemet said. “We may need some fossil fuels available to manage the multi-decade transition, but certainly not more than we use now.”

The resolution is being introduced amid mounting public opposition to Enbridge’s plans to reroute its Line 5 around the Bad River Reservation with about 41 miles of new pipeline through Ashland, Bayfield and Iron counties.

A draft environmental review by the state Department of Natural Resources has drawn criticism from individuals, tribal governments and environmental advocates who delivered more than 1,300 signatures opposing the pipeline project, which they say will lead to increased greenhouse gas emissions.

A United Nations panel of scientists last year reported unprecedented changes to the global climate as a direct result of human activity and warned that greenhouse gas emissions must be virtually eliminated by 2050 to avoid the most catastrophic outcomes.

To meet that goal, the International Energy Agency says new investments in fossil fuel supply projects must stop immediately. Another recent study found oil and gas production must decline 3% annually over the next three decades in order to have a 50-50 shot at meeting international climate goals.

Earlier this year, the Madison City Council and Dane County Board passed resolutions opposing the Line 5 reroute, as well as a recently completed expansion of Enbridge’s Line 3 in Minnesota, which connects to a pipeline that cuts through Dane County.

Nearly 300 turn out for public hearing on Enbridge pipeline reroute

The hearing that began Wednesday finally wrapped up early Thursday. Participants addressed a draft environmental review for a 40-mile reroute of Enbridge's Line 5 in Ashland and Iron counties.

The Department of Natural Resources said Wednesday that it is reviewing more than 10,000 written comments on its draft environmental impact statement on plans to bypass the Bad River Reservation with a new pipeline.

Enbridge said they could not find a leak and believe the contamination was from a past spill. DNR officials said staff have visited the site and not found evidence of an ongoing leak. 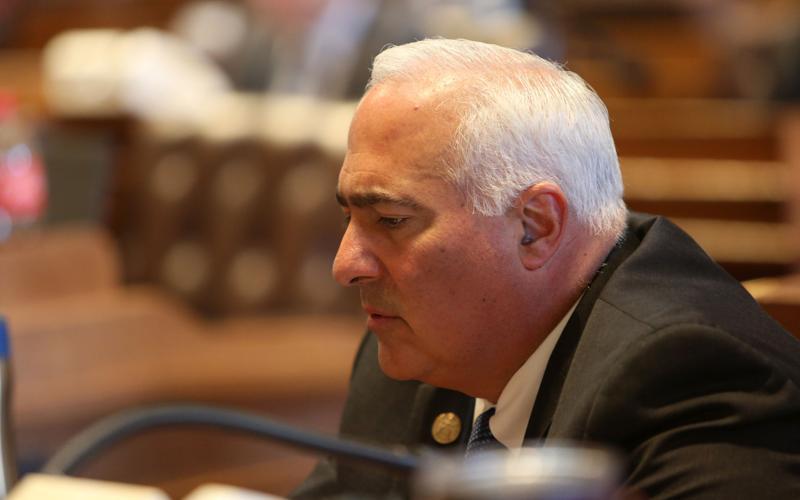 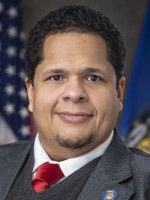