As a former human resources professional, Erin Gilbertson was certain she checked all the right boxes when she filed for unemployment benefits back in August after being let go without cause from her job in Janesville.

However it wasn’t until Tuesday, after three months waiting for answers from the state’s Department of Workforce Development, that the town of Oregon resident received word that at long last, her claim had been approved. She was told by an adjudicator she could expect payment by the end of the week and, if approved at the state’s $370 maximum weekly benefit level, Gilbertson would receive more than $4,000.

“Not knowing how much longer before my claim would be reviewed was the hardest part. I couldn’t see the light at the end of the tunnel. Each week I would hope and pray that this would be the week that I heard something,” Gilbertson said. “Now that my case has been reviewed and approved, a huge weight has been lifted.”

DWD officials say Gilbertson’s claim is one of thousands to finally be processed this week, after a partnership with Google Cloud announced in October.

Pechacek said DWD’s partnership with Google will help remove 103,000 holds on backlogged claims and provide relief for about 21,000 people waiting for state benefits. Another 50,000 people will see updates to their filings as the claims move toward resolution, and DWD anticipates additional progress in the coming weeks.

“I am confident that with the backlog, we are now talking matters of weeks and no longer months,” Pechacek told the Wisconsin State Journal Tuesday.

DWD reported Tuesday that over 93.5% of the more than 8.2 million weekly unemployment claims filed since March 15 have been processed. Of the remaining 70,070 people waiting, about 60,000 are considered to be part of the adjudication backlog — meaning they have waited beyond the standard 21 days it takes for DWD to make a decision on a claim.

State expects to address outdated unemployment system in next budget

Her savings depleted, Gilbertson applied for the state’s FoodShare program and is receiving health insurance through BadgerCare, allowing her to get flu shots for her family and inhalers for her son.

Gilbertson said members of her community stepped up to help during the past several months, but she had grown concerned about losing her home and vehicle.

“I feel for all the people still waiting and wondering about their claims,” she said. “I hope they all get some relief soon.”

Chaz Bowen, 33, moved from Virginia to the Stevens Point area with his wife and two children about three years ago. When the pandemic hit earlier this year and the state closed down schools, Bowen was forced to leave his job as an automotive mechanic after he couldn’t find day care for his children.

A few months later, his 29-year-old wife died unexpectedly, creating even more financial uncertainty and forcing Bowen to eventually move back to his mother’s house in Virginia.

“She was my whole support system up there,” he said of his wife. “It was me, her and the two children.”

Bowen filed for state unemployment benefits in March, but was denied. In May, he was told he needed to apply for Pandemic Unemployment Assistance, which allows states additional flexibility to provide benefits to workers impacted by the pandemic.

By late July, Bowen was informed he qualified for PUA benefits and he received about six weeks of payments. However, his claim was still flagged as “under review” and payments stopped while another adjudicator investigated his claim.

“At this rate I don’t think they’re even going to pay me by the end of this year,” Bowen said. “It’s just not fair.”

Unemployment claims skyrocketed across Wisconsin in the weeks after the pandemic began back in March and some businesses were forced to limit services or close entirely.

The more than 8 million weekly claims received by DWD since March 15 have surpassed the 7.2 million claims handled by the department between 2016 and 2019. Last year the department handled a little more than 287,000 claims.

“Unprecedented is really not the right word to use to describe what’s happened,” Pechacek said.

Audit: Less than 1% of callers got through to state-run unemployment call centers between March 15 and June 30

The backlog has persisted despite DWD staff increases and contracting with third-party call centers. DWD’s staff has grown from 508 people in March to 1,932 now. The department also has expanded office hours and upgraded technology.

The state Legislative Audit Bureau found that of the 41.1 million telephone calls received by DWD call centers between March 15 and June 30, only 0.5% ultimately were answered. The vast majority of calls were blocked, while some callers hung up before receiving an answer.

“For the first two or three months I would never have any success getting through,” Bowen said, adding that he called “hundreds of times over the span of those months … but to no avail.”

After staffing increases, Pechacek said 95% of calls are now answered immediately and the wait time is less than two minutes. Bowen said he has had better luck getting through in recent months, but those calls end up with a third-party call center, which cannot provide him a time frame on when his claim will be processed.

Since taking over the department, Pechacek has required some DWD employees to work four weeks of mandatory overtime, in addition to voluntary overtime among other employees, and entered into an agreement with Google Cloud to expedite the review of claims.

The second phase of the department’s partnership with Google is underway and will create an online portal for claimants to upload documents when filing a claim, rather than having to mail or fax them in. Other changes include simplifying the application process and automating some back-end data entry.

DWD also is improving the unemployment application process to address front-end errors that could unnecessarily delay benefit payments. Plans are in place to enable staff to contact claimants and employers electronically to reduce the need for scheduled phone calls.

“That is going to help us prevent a backlog from ever happening again,” Pechacek said.

Pechacek did warn that Wisconsin has entered the two-week period in which unemployment claims typically increase as seasonal workers across the state apply for benefits.

Other attempts to address the state’s unemployment backlog have proven less fruitful. GOP leaders in July called on Evers to use some of the state’s remaining federal coronavirus-relief money to provide immediate relief to those waiting for unemployment benefits.

One week later, state Democrats proposed a package of bills aimed at expanding residents’ eligibility for unemployment benefits by rolling back changes to state unemployment laws enacted under Republican Gov. Scott Walker. Republicans have said those restrictions were implemented to reduce fraud, while Democrats say they create more work for adjudicators.

Neither proposal gained much momentum.

“Given the nature of some of the industries most impacted by the pandemic, there is a lot of turnover so many claimants may have never applied before and may have had several employers within that 18-month window,” Jedd said.

Tony Evers to extend statewide mask mandate into next year

Earlier this month, Rep. John Nygren, R-Marinette, who has been a vocal critic of the department’s ongoing backlog of claims, said he was drafting legislation to force the Evers administration to eliminate the backlog and update DWD’s IT system.

Nygren said the proposal is “not obviously a slam-dunk” and that he believes the problem is with the processing or adjudication of claims, rather than the IT system.

“For us to be able to do a scattershot to try to figure out what the problems are is going to be very difficult,” Nygren said. “We’re going to have to listen to what the administration has said. They’ve used the computer system as the problem, so let’s start addressing that problem so we can at least take steps to get these people the dollars they deserve.”

While both Evers and Assembly Speaker Robin Vos, R-Rochester, said they hope to include unemployment provisions as they discuss potential COVID-19 legislation, Nygren said he doesn’t know if his bill will make the cut.

“I’d be dishonest if I said I had the buy-in at this point in time that we would put this bill in the (Assembly Republicans’) package, but we’re working on it,” he said.

Jedd said long-term goals include working with Evers on funding a full modernization of the state’s decades-old unemployment system, which cannot quickly process the unprecedented number of claims during the COVID-19 pandemic.

An agency budget request filed by DWD in September lists replacing the state’s system, which uses the 60-year-old COBOL computing language, but did not include a specific funding request. Evers said a more detailed request will be fleshed out in the 2021-23 biennial budget process.

Jedd said the department has evaluated several options for modernizing the system and the National Association of State Workforce Agencies Information Technology Support Center has estimated a potential modernization effort to cost $50 million to $70 million and take three to five years.

COVID-19 in the Midwest: Scenes from the resurgence

Friday's meeting marked the first time since May that Gov. Tony Evers and leaders in both chambers met to discuss the COVID-19 coronavirus pandemic, which has caused 2,876 deaths and more than 338,000 infections across Wisconsin.

Democratic Gov. Tony Evers, who has made repeated requests for action from the Legislature, urged lawmakers on Tuesday to act in the coming weeks to avoid a gap in the ongoing pandemic response.

Pandemic shifts State of the State and budget addresses online, creates uncertainty for next year

Gov. Tony Evers plans to deliver next year's State of the State and budget addresses online as the COVID-19 pandemic continues to spread across Wisconsin.

To make up the $373.1 million difference, which amounts to about 1% of spending over the next two-year budget, Wisconsin may be forced to spend down reserves, adopt spending cuts or tax increases, delay payments or draw on federal funding.

DWD reported that almost 94.5% of the more than 8.5 million weekly unemployment claims filed since March 15 had been processed. Nearly 51,000 claimants were considered to be part of the adjudication backlog.

By updating the application process, DWD officials hope to reduce erroneous answers that could place claims in the adjudication process and delay payments.

Gov. Tony Evers announced that Amy Pechacek, who took the helm of the department more than three months ago as transition director, had been appointed to the role of department secretary. 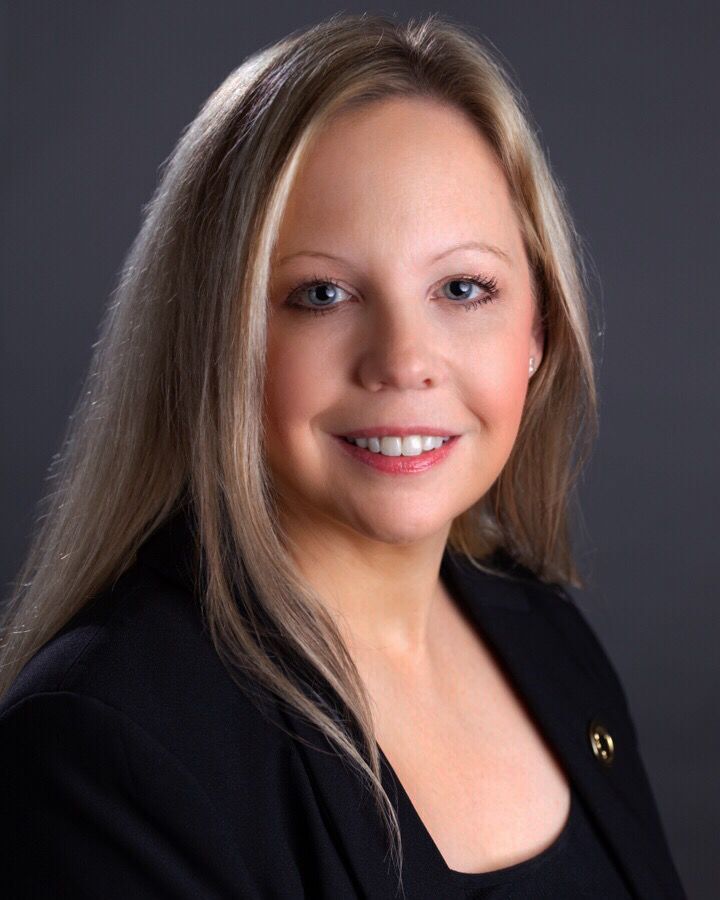 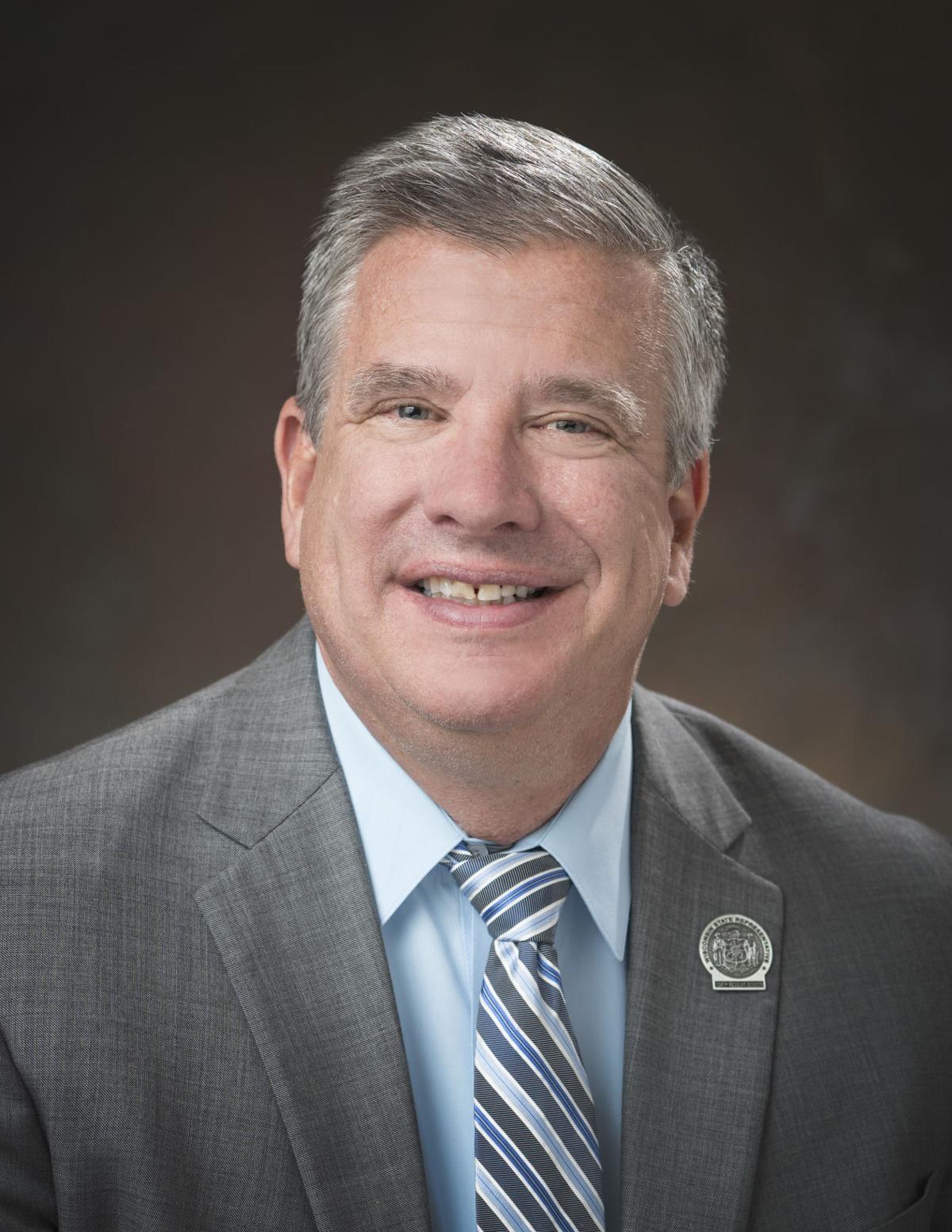