Melody McCurtis and Danell Cross start their day early on a recent sunny Sunday going door-to-door in their neighborhood northwest of downtown Milwaukee. Leaders of the nonprofit Metcalfe Park Community Bridges, the mother and daughter make their way slowly along the route wearing masks and using a bullhorn to maintain distancing as they offer free food, household supplies — and information about how to vote.

At one home, the pair corner a young woman who prefers not to be named, dressed in a soiled apron and a black polo shirt as she heads to work. McCurtis and Cross know that if not for their efforts, she probably would not vote on Nov. 3.

“I don’t believe in voting. I feel like the higher-ups, they gonna pick the president,” she says, throwing up her hands.

After a few minutes, the woman finally concedes that she may vote, if only to get the pair off her porch. Cross tells her she will call again, and if she doesn’t pick up, they will be back at her front door.

“You got to get on her,” McCurtis tells her mother.

Four years ago, lower turnout among Black voters in Milwaukee was named as a factor in President Donald Trump’s narrow 22,748-vote win over Hillary Clinton in Wisconsin. McCurtis and Cross are working to ensure that what happened to Milwaukee’s Black voters in the 2016 election does not get repeated.

An investigation by British news outlet Channel 4 News of leaked data from the Trump campaign found Black voters made up a disproportionate share of the group identified as “deterrence” voters, or voters they sought to dissuade through Facebook ads.

In one Milwaukee voting ward, where 80% of the inhabitants are Black, 44% were marked for deterrence, the British news outlet found. Of that group, only 36% turned out to vote, according to the Channel 4 News analysis. The Trump campaign has denied ever targeting the Black community.

These are not the only efforts that keep some people in the state from voting. Wisconsin — once one of the easiest states in which to vote — has steadily made it harder in the past decade under Republican control.

Voter ID. Shorter early voting windows. Extra hoops for college voters to jump through. The Republican-run Legislature passed 33 election law changes just in Gov. Scott Walker’s first term, according to a 2015 analysis by The Capital Times. The Legislature took all of these steps in the name of preventing widespread voter fraud — a threat that experts agree is practically nonexistent.

Andrew Hitt, chairman of the Republican Party of Wisconsin, defends these new laws.

He disputes the mountain of research showing fraud is a rare problem, saying those studies are biased. “We have documented instances of voter fraud over the years,” Hitt said.

Jay Urban is an attorney representing plaintiffs with disabilities in one of four federal cases pending before the U.S. Supreme Court seeking to change rules for the November election to make voting easier during the pandemic. When asked to provide evidence of fraud, Republicans who intervened in the case were unable to do it, he said.

“I don’t think they are worried about that (fraud),” Urban said. “They’re sending a message that they don’t want certain votes to be cast. ... More votes hurts their chances of keeping power.”

That is the calculation that McCurtis and Cross are fighting against.

As Walker’s time in office wound down in December 2018, the Legislature passed additional voting restrictions. They included limiting in-person absentee balloting to two weeks before an election — hampering the weeks-long Souls to the Polls event that many Black churches in Milwaukee traditionally lead.

Now in the midst of the COVID-19 pandemic, voters also must contend with the fear of contracting the coronavirus. Clerks across Wisconsin are increasing safe access to voting by adding drop boxes for absentee ballots.

But Republicans are trying to block those efforts as well, citing unspecified potential voter fraud. Wisconsin’s top Republican lawmakers — Assembly Speaker Robin Vos and Majority Leader Scott Fitzgerald — tried unsuccessfully to pressure the city of Madison to halt an initiative that allowed residents to register to vote and drop completed absentee ballots at city parks. It was deemed legal by the Wisconsin Elections Commission.

Scot Schraufnagel, a professor of political science at Northern Illinois University and an expert in the ease of voting in each state, said Wisconsin no longer stands as a leader in voter accessibility. About half of the states, including Wisconsin, have made it harder to vote since 2010. Under GOP control, Wisconsin enacted one of the most restrictive photo ID laws in the country.

In 2018, Schraufnagel and his research team calculated the “cost of voting,” or how easy or difficult it is to vote in each state. The variables include registration deadlines, voter identification laws, number of poll hours and voting inconveniences such as no early voting or excuses required for absentee voting.

Their data show that in 20 years, from 1996 to 2016, Wisconsin slipped from fifth place to 22nd in terms of the ease of voting. Schraufnagel says that while the photo ID law is a major part of the reason for the state’s drop in the ranks, another issue is that there has been no successful legislative push to make voting easier.

Analiese Eicher, former head of One Wisconsin Now, a progressive advocacy group, and current chair of the Dane County Board, summed up the change this way: “We used to be like the gold standard of voting.”

Despite those hurdles, Wisconsin routinely places as one of the top states nationally for election turnout with its no-excuse absentee voting and same-day registration at the polls. The Civic Health Index, which measures the degree to which citizens are engaged in local and state communities, confirms a high level of voter participation in Wisconsin.

According to data from the 2016 national election, 73% of eligible voters were registered in Wisconsin and 65% cast their ballots. That compared to the national average of 67% registered with 53% casting votes. This put the state in second place nationwide for voter turnout.

However, according to the same data, turnout in 2016 actually was low for Wisconsin, decreasing by about 40,000 votes from 2012 — a drop that was most pronounced in non-white communities. For example, from 2012 to 2016, Black voter turnout fell 19 points, while white voter turnout only dropped 2 points.

And in April, factors again conspired to lower turnout in Milwaukee, especially among Black voters. Researchers from the Brennan Center for Justice estimated that closing all but five polling places and fear of contracting COVID-19 combined to cut Black voter turnout by nearly 16 percentage points.

As of Tuesday, a record-breaking 1.4 million Wisconsin voters had requested absentee ballots — thanks in part to the Elections Commission decision to send absentee ballot request forms to 2.6 million voters.

McCurtis is a plaintiff in one of four lawsuits pending before the U.S. Supreme Court that seek to allow mailed-in ballots to be counted if they arrive up to six days after Nov. 3, so long as they are postmarked on or before Election Day.

Advocates for people with disabilities also worry about absentee ballot errors, which caused more than 13,000 absentee ballots with missing signatures and witness addresses to be rejected on April 7. Wisconsin law does not require clerks to notify voters of such errors.

Jason Endres, the president of self-advocacy group People First Wisconsin, encourages people with disabilities to physically go to the polls so they can use accessible voting equipment. With these machines “you can’t go wrong — you can’t make a mistake,” Endres said.

Denise Jess, CEO of the Council for the Blind and Visually Impaired, says voting absentee can be really tough for people who cannot see, because most municipalities in Wisconsin do not offer ballots in Braille. Visually impaired voters such as Don Natzke, of Shorewood, ended up not voting on April 7 because of lack of accommodation and fear of exposure to COVID-19.

“I’m very concerned that the civil rights and accommodations for people with disabilities in general may be sacrificed,” Jess said.

Many nursing home residents rely on the help of special voting deputies to come into residential facilities and assist with voting. However, this year, the Elections Commission voted to bar them from entering nursing homes for the sake of residents’ safety.

Wendy Heyn of the Disability Vote Coalition (DVC) says her group has been pushing municipal clerks and facility directors to request absentee ballots on behalf of confined residents.

“We feel really concerned that a disproportionate amount of those voters might be disenfranchised,” Heyn said.

Urban echoed this concern, noting the long lines can deter voting: “Somebody on oxygen can’t wait three hours to vote.”

As they make their way through streets lined with modest bungalows, McCurtis and Cross repeatedly hear from their neighbors that they do not trust the voting system, or that their votes don’t matter.

Metcalfe Park resident Avis Wright needed no encouragement from Cross and McCurtis to vote. Normally a poll worker, Wright did not sign up this year because of the pandemic. She has already voted absentee.

“Voting is one of the most important things,” she said, “especially for us African-Americans ... you know the vote is our voice. In a way, you don’t have no voice, you don’t exist.”

The nonprofit news outlet Wisconsin Watch provided this article to The Associated Press through a collaboration with Institute for Nonprofit News.

President Donald Trump plans to hold a rally in Green Bay on Friday, marking his third stop in a week to Wisconsin.

The state Elections Commission directed clerks not to send deputies to homes in March 2020 to protect residents from COVID-19. 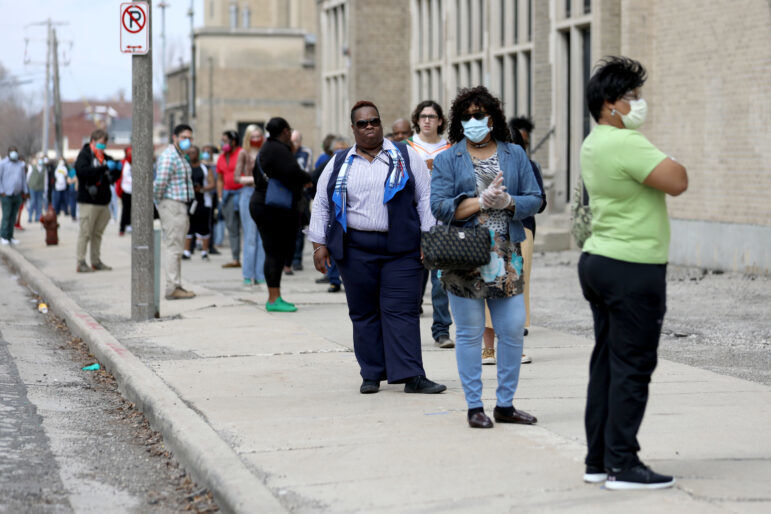 A line of voters wraps around the block outside Washington High School in Milwaukee during the April 7 primary election. A top civil rights advocate called that election a “travesty that put voters in the crosshairs of having to choose between their safety and their vote.” 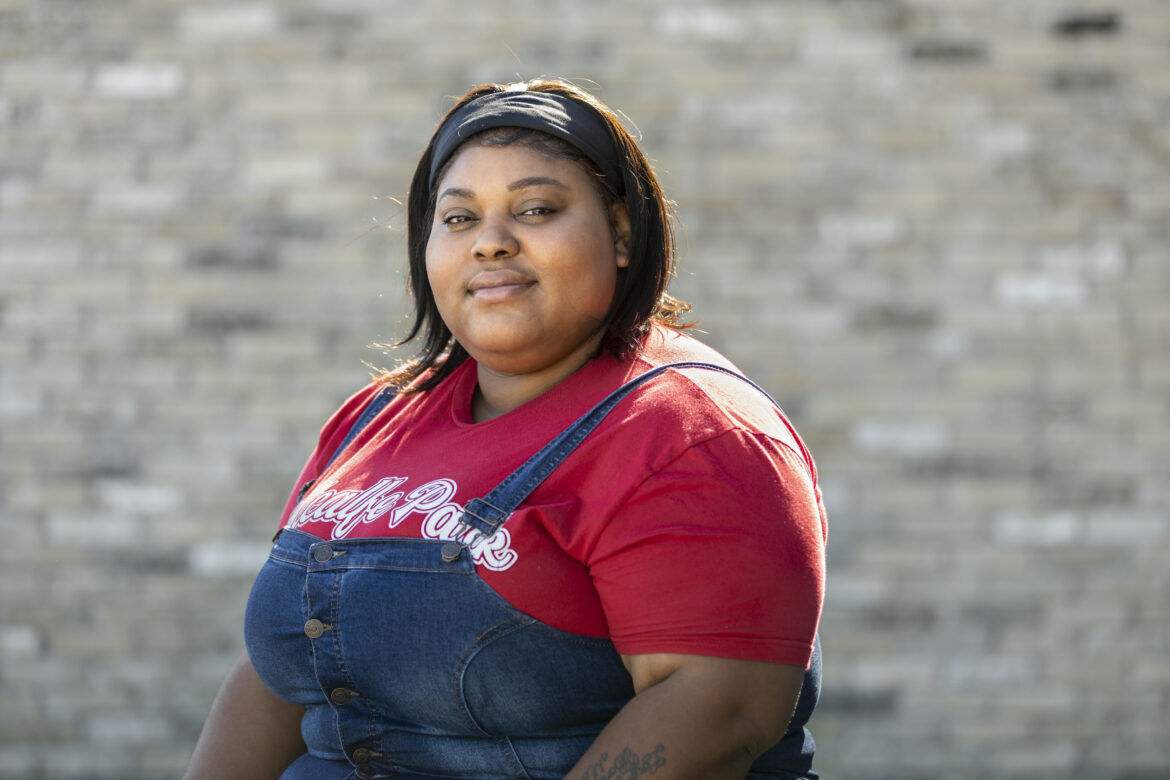 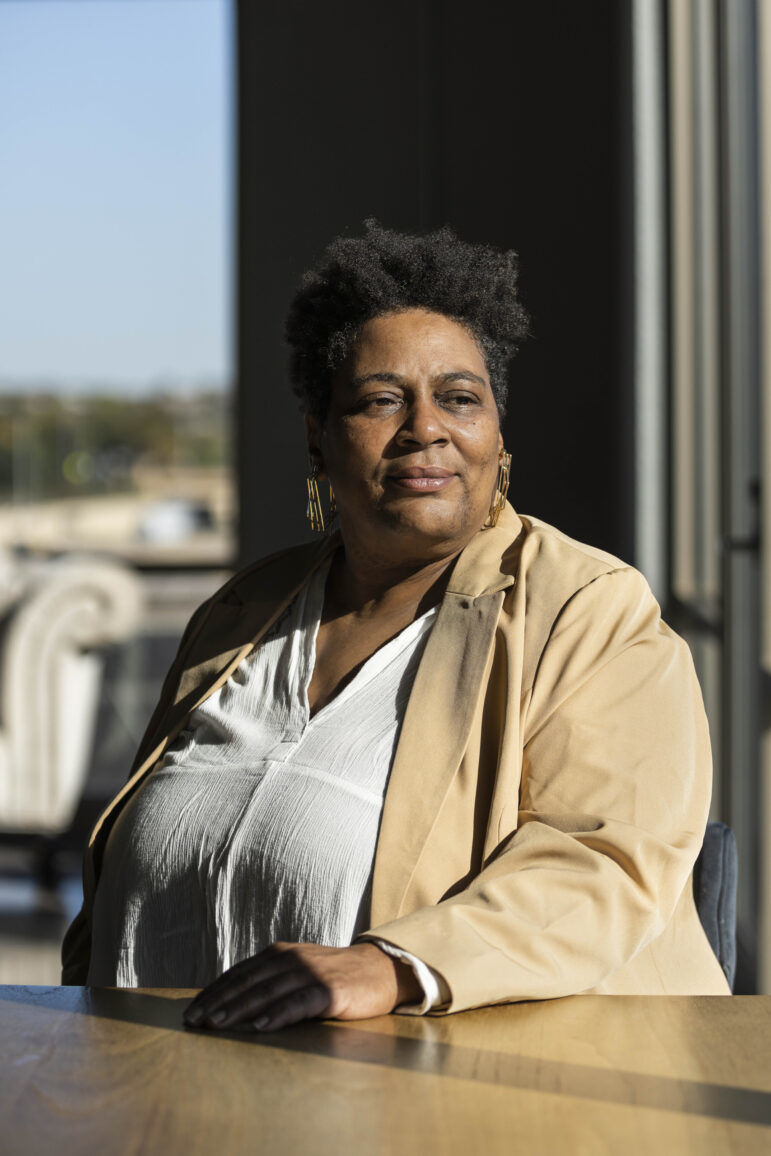 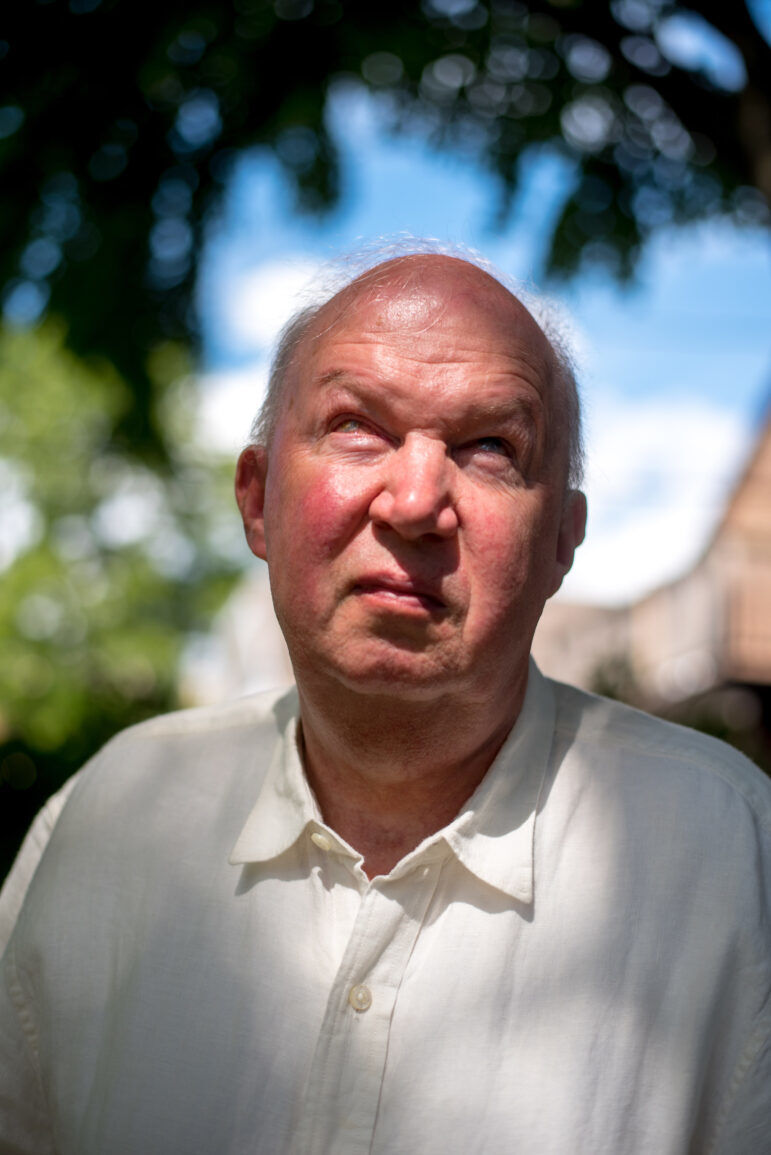 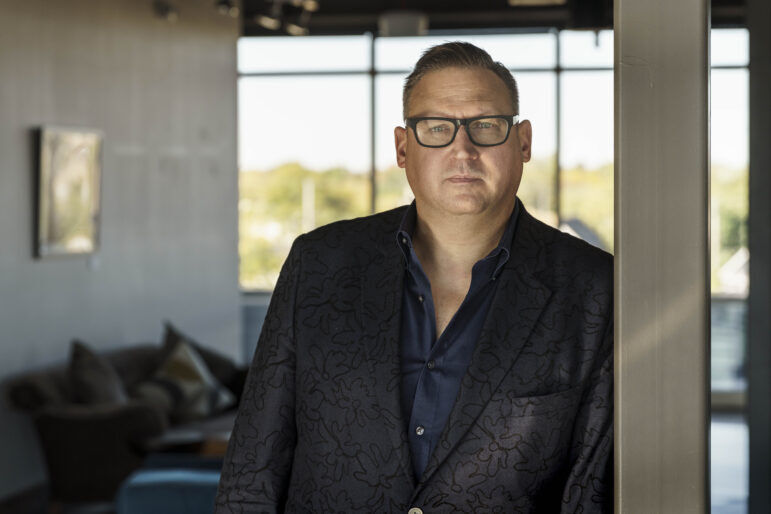