Members of Wisconsin’s congressional delegation from both parties condemned the assault on the U.S. Capitol Wednesday by backers of President Donald Trump, even as two GOP members continued to challenge the election of Joe Biden, perpetuating the myth of a stolen election that motivated the attackers.

“This is banana republic crap that we’re watching happen right now,” Republican U.S. Rep. Mike Gallagher said, while also condemning fellow Republicans such as U.S. Sen. Ron Johnson, who had planned to object to the outcome of the election but later reversed himself to vote down an objection of Arizona’s electoral votes following the day’s riots.

“The objectors over the last two days have told me, ‘There is no problem with just having a debate. We know we’re not going to succeed, so we’re just going to object; we’re going to have a debate, we’ll voice people’s concerns and then we won’t actually overturn our entire system of representative government so nothing bad will happen. There will be no cost to this effort,’” Gallagher, of Green Bay, said. “This is the cost of this effort.”

Johnson, of Oshkosh, and U.S. Rep. Tom Tiffany, of Minocqua, are the two members of the state delegation who planned to object to at least some states’ electoral votes for Biden, repeating baseless claims of widespread fraud and irregularities that Trump and his supporters have cited to justify their efforts to override the will of the voters.

“We needed to have the debate, but we also need to respect the rule of law and our constitutional constraints,” Johnson told The Associated Press when asked to explain his vote.

After the Capitol break-in, Tiffany said he still intended to object to electors in Wisconsin and several other key swing states, while Johnson said he planned to object to others states’ electors but not Wisconsin’s. Both condemned the violence.

“Please, if you are in or around the Capitol, respect law enforcement and peacefully disperse,” Johnson tweeted.

Please, if you are in or around the Capitol, respect law enforcement and peacefully disperse.

Later in the day, Johnson told an NBC News reporter that neither Trump, nor Republicans who planned to object to state electors, had any responsibility for Wednesday’s events.

Democratic U.S. Rep. Ron Kind, of La Crosse, said he was safe at the U.S. Capitol but added he remains committed to carry out the transfer of power to the Biden administration.

“I am safe, but I am not ceding any ground to these hooligans,” Kind said. “It’s a disappointment when this day should be a day of celebration of the time-honored tradition of the peaceful transfer of power that makes our nation acceptable in the eyes of the world. Unfortunately, that has pulled up short today.”

Republican U.S. Rep. Glenn Grothman, of Glenbeulah, told the State Journal he wants to see more leadership from Trump to call off the protests, and wants the certification of Biden’s win to “wrap up” as soon as possible, potentially without all members of Congress being present. Shortly afterward, Trump posted a short video on Twitter in which he again baselessly claimed he won the election but urged protesters to “go home.”

Grothman declined to say whether he supported the objections to Biden’s win but added that the certification is largely ceremonial and should be treated as such by Trump’s supporters.

“I think it’s important there be a little more leadership here, and I wish the president would get on TV and do what he can to encourage people to disperse,” Grothman said. “I think people for whatever motivation have implied that this day, which is normally a day for perfunctory ceremony, is going to be a day of great significance, and that I think is irresponsible.”

Some Wisconsin Democrats such as U.S. Rep. Mark Pocan, of Black Earth, put the blame on Republicans for encouraging the protests and slammed Trump for “inciting domestic terrorism.”

“Remember ‘stand back & stand by’? We saw this violent fascism coming, and the GOP encouraged it,” Pocan said, referring to Trump’s comments during the campaign when he sidestepped calling out the Proud Boys, a neo-fascist group.

Donald Trump needs to be presidential for once in his presidency. Admit you lost, and call off the domestic terrorism you’ve incited.

Kind also called on Trump, whom he referred to as an “authoritarian wannabe,” to demand order and calm while also lobbing sharp criticism against his Republican colleagues who have stood behind the president’s unfounded claims of widespread election fraud in the Nov. 3 vote.

“What did they expect the reaction to be?” Kind said. “They have unleashed dark forces in our society now who think that this is entirely appropriate to attempt a coup d’état of our government because of what they’ve been led to believe.”

In a tweet, Democratic U.S. Sen. Tammy Baldwin, of Madison, also said she was safe, adding that “it’s disgraceful that our country has to experience this violence because of Trump’s lies, conspiracies and un-American attacks on our Democracy.”

I am safe, but it's disgraceful that our country has to experience this violence because of Trump's lies, conspiracies and un-American attacks on our Democracy.

Democratic U.S. Rep. Gwen Moore, of Milwaukee, tweeted “this is an incredibly disturbing and shameful moment for our country that was encouraged by (Trump).”

Tiffany, one of Trump’s staunchest supporters, likened the takeover of the Capitol to the violence that sometimes accompanied protests after the death of George Floyd in Minneapolis police custody last May and the shooting of Jacob Blake in August by police in Kenosha.

“What needs to happen is people on both sides of the aisle, they need to start calling this out and make people stop it,” Tiffany said.

Johnson told the Milwaukee Journal Sentinel that he heard protesters entering the Capitol and he was escorted out with Vice President Mike Pence and other senators. He also said he thought the breach was “disgusting.”

“As are so many Wisconsinites and Americans, I am watching these horrifying events unfold in Washington, D.C. in disbelief,” Evers said. “The peaceful transfer of power is at the very heart of our government and our country. This is an attack on our democracy. Period.”

A spokeswoman for the state’s Department of Administration, which manages the Wisconsin Capitol building, declined to comment on what, if any, additional security measures are being taken there.

I am safe and sheltered but this is an incredibly disturbing and shameful moment for our country that was encouraged by the POTUS.

“Every day (Trump) remains in office is a threat to the republic,” Kaul said, calling Wednesday’s events “a fascist riot incited by a lame-duck president desperately and illegitimately trying to cling to power based on absurd lies about the election.”

Photos from the US Capitol as rioters overtake building

A look back at the year 2020 through the lens of Wisconsin State Journal photographers John Hart, Amber Arnold and Steve Apps

The Assembly plans to vote on the bill on Thursday. It's unclear when the GOP-led Senate might take up a vote on the measure.

Jill A. Miller, 64, of Stoughton, died after being taken to a hospital after her car was hit by two different vehicles on Highway 51 at Rutland-Dunn Town Line Road at around 3:25 p.m. Monday.

Quiet and mild weather will continue for the next week, but arctic air could be headed to Wisconsin and the region later this month thanks to changes in the polar vortex, according to forecasters.

The two have been among Trump's most ardent champions during his term in office.

One day after a pro-Trump mob stormed the Capitol, the Senate's top Democrat, Chuck Schumer of New York, and the House's Nancy Pelosi of San Francisco, called for Trump's immediate removal.

For now, the Senate plan is short on details.

The northwestern Wisconsin local party's website tells conservatives to “prepare for war” despite urging from the state GOP and the violence last week at the U.S. Capitol.

After being egged on by the president, his supporters staged an invasion last week of the U.S. Capitol.

"It just seemed like a normal Wednesday," Madison native Karlin Younger said. "How could I possibly be looking at a bomb?"

US Rep. Scott Fitzgerald avoids blaming Trump for siege of US Capitol

Wisconsin Capitol Police tell lawmakers to stay away this weekend

Capitol Police told lawmakers they were "not aware of specific credible threats to legislators; however, this remains an evolving situation."

The chairman of the St. Croix County Republican Party, who had posted online that his members should “prepare for war,” stepped down on Friday.

Some see the controversial flag as a symbol of solidarity with police, but the UW-Madison police chief has banned its use because of the flag's connection to white supremacy.

In evenly split Wisconsin, partisan divides may only grow

While such division can increase political participation, it can also exacerbate polarization at a time when national politics are fueling partisanship and violent rhetoric.

President Joe Biden will travel to Milwaukee next Tuesday, marking one of his first trips to a state since taking office. 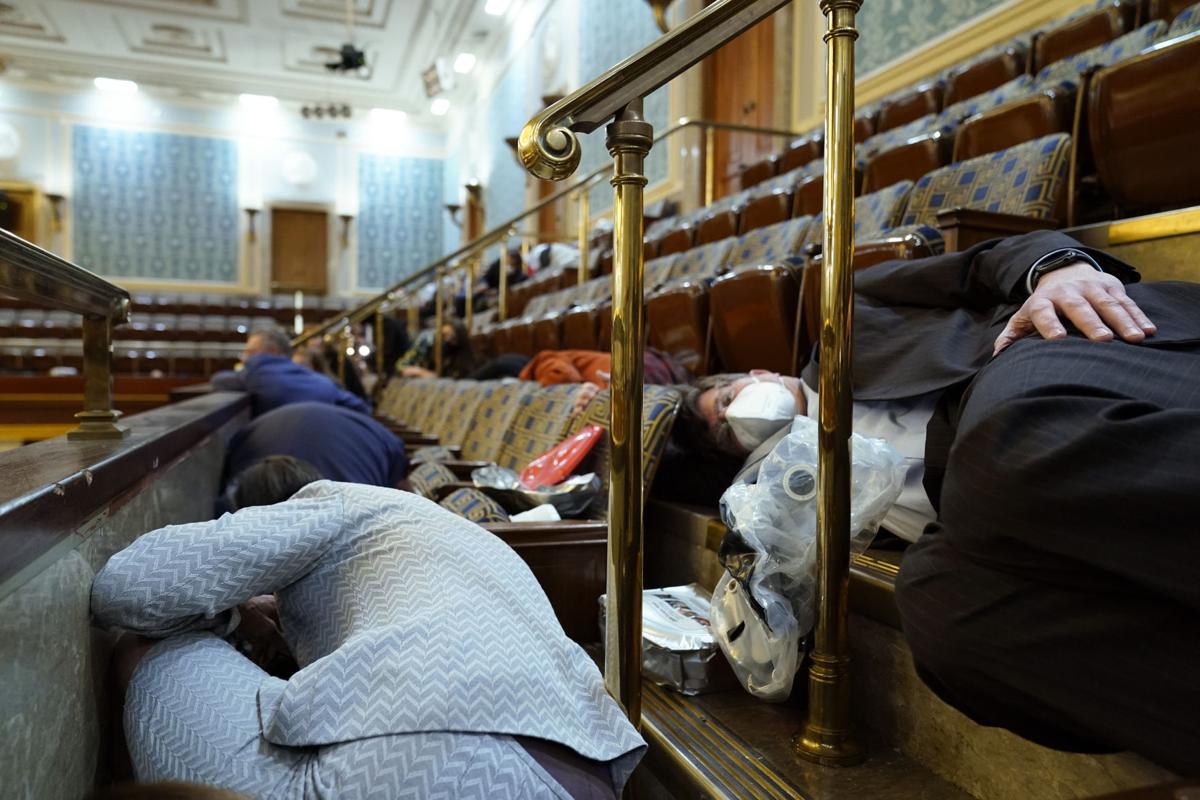 People shelter in the gallery as protesters try to break into the House chamber at the U.S. Capitol on Wednesday. 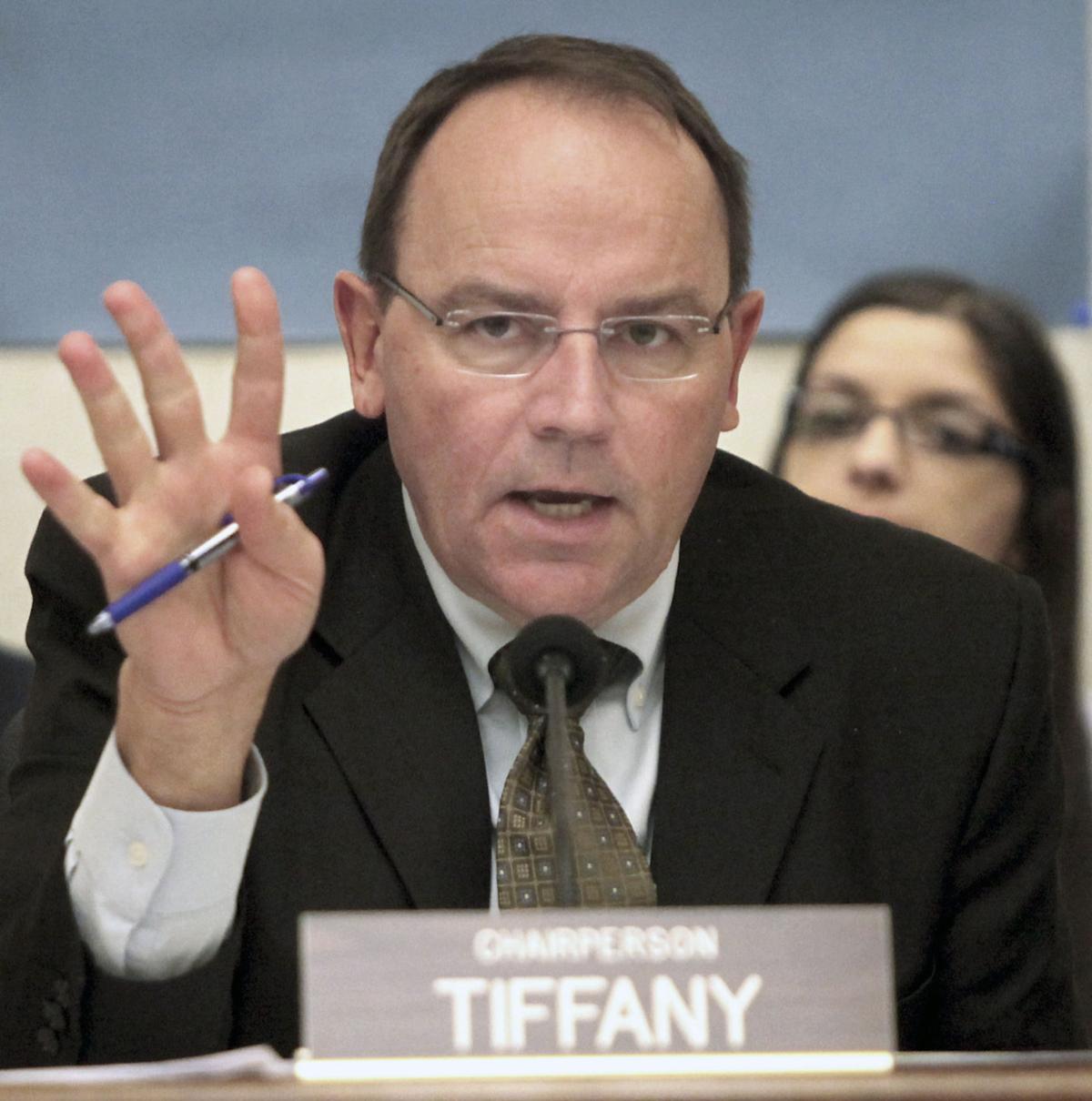 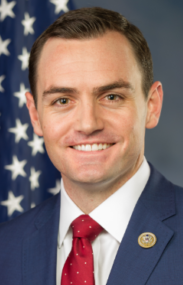 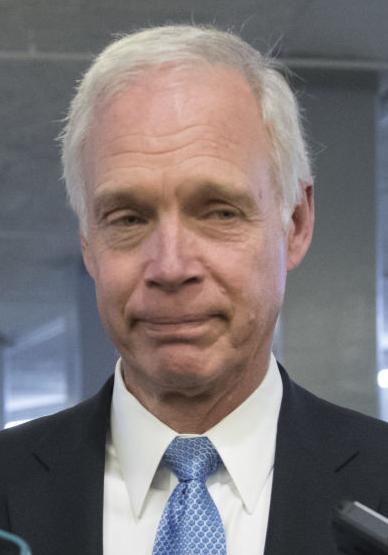 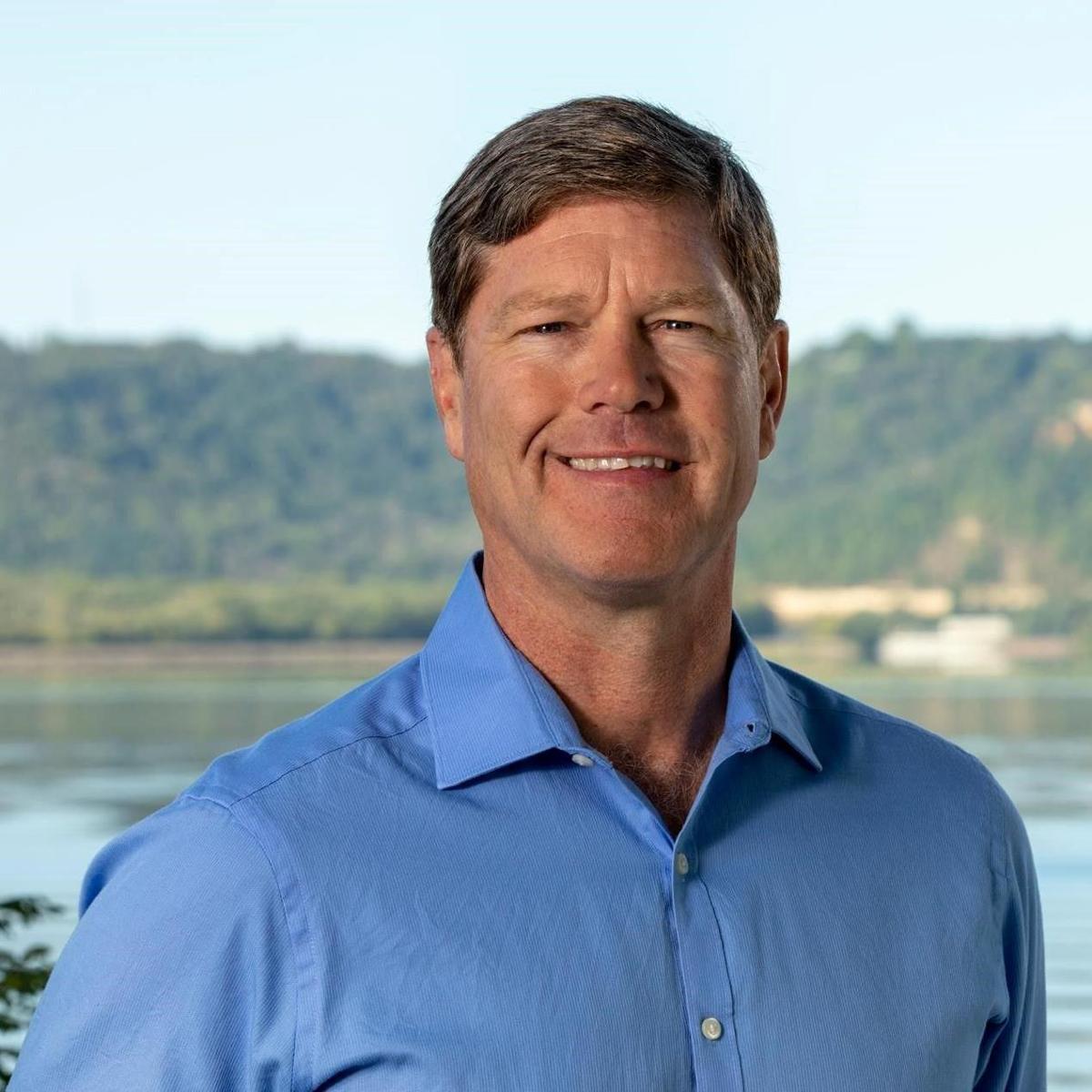