A Wisconsin abolitionist’s descendants are imploring state officials to repair and reinstall the man’s statue outside the state Capitol after demonstrators ripped it down following the arrest of a Black activist last month.

Col. Hans Christian Heg’s great-great grandson, James Heg, said in a telephone interview Monday from his home in Chelan, Washington, that Heg has inspired his family for generations and that watching the statue go down was a “gut punch.”

“It was a really shocking event ... because it was an attack on a direct ancestor and it was one of the most senseless things I’ve heard of,” he said. “He wasn’t tainted by any of the historical evils people are protesting about. He in fact died for the cause of destroying slavery.”

Hans Christian Heg’s other great-great grandson, Christopher Heg, said in a telephone interview from his home in Seattle on Monday that tearing down the statue was a “dumb thing to do.”

“It was thoughtless,” he said. “He was a very dedicated abolitionist himself and he would have in general supported the (Black Lives Matter) initiative.”

Hans Christian Heg was a Norwegian immigrant who became an outspoken abolitionist and served in the 15th Wisconsin Regiment during the Civil War. He was killed at the Battle of Chickamauga in 1863, becoming the highest-ranking Wisconsin soldier killed in combat during the war. A statue of him, funded by donations from the Norwegian Society of America, had stood outside the Capitol since 1926.

Protesters tore the statue down, ripped its head off and dumped it into a nearby lake during a violent demonstration June 23. They also tore down a statue on the other side of the Capitol embodying the state’s “Forward” motto as a woman pointing toward the horizon.

The protest was another in a series of demonstrations that rocked Downtown in the weeks after George Floyd’s death in police custody in Minneapolis. Cellphone footage shows an officer pressing his knee on Floyd’s neck for several minutes before Floyd goes limp. Floyd was Black; the officer, Derek Chauvin, is white.

The violence in Madison on June 23 was triggered after police there arrested a Black protester who was walking into businesses while talking into a megaphone and wielding a baseball bat. The man was later charged with extortion in U.S. District Court.

Protesters angry over Floyd’s death and the death of other Black men at the hands of white police have been tearing down statues across the country honoring Confederate figures. But questions about why the protesters toppled two statues with no racist history in Madison linger.

Demonstrators said they ripped them down because they represent a false sense of racial equality in a community with some of the largest racial gaps in educational, health and criminal justice outcomes.

Michael Johnson, executive director of the Dane County Boys & Girls Club and one of the city’s leading Black activists, has called for state officials to build a statue of Vel Phillips on the Capitol grounds. Phillips was the first woman and first Black member of the Milwaukee Common Council, the state’s first Black judge and the first female and first Black secretary of state. He’s started an online petition asking for the statue; as of Monday morning it had more than 2,000 signatures.

“The young people of Wisconsin and generations thereafter need to see that representation matters and they need to see heroes and leaders that reflect the ecosystem of our communities at large,” Johnson wrote in a June 28 letter to state Sen. Fred Risser, D-Madison, chairman of the state Capitol and Executive Residence Board, which approves all decorations, renovations and repairs at the Capitol and the governor’s mansion.

The board is scheduled to discuss the Heg and Forward statues during a meeting July 20, Risser said. The state Historical Society still hasn’t determined how much repairs to both sculptures might cost, but Risser said he supports restoring the statues to the Capitol grounds.

“I feel confident that (the board) at its next meeting will approve the re-establishment of the Heg and Forward statues,” he said.

As for a Vel Phillips statue, Risser said he’s spoken with Johnson about the idea. But the board can’t initiate projects, only approve them, and is still waiting for a detailed proposal, he said.

CHIPPEWA FALLS — Leinenkugel’s will no longer use an image of a Native American woman long associated with the Chippewa Falls-based brewery. 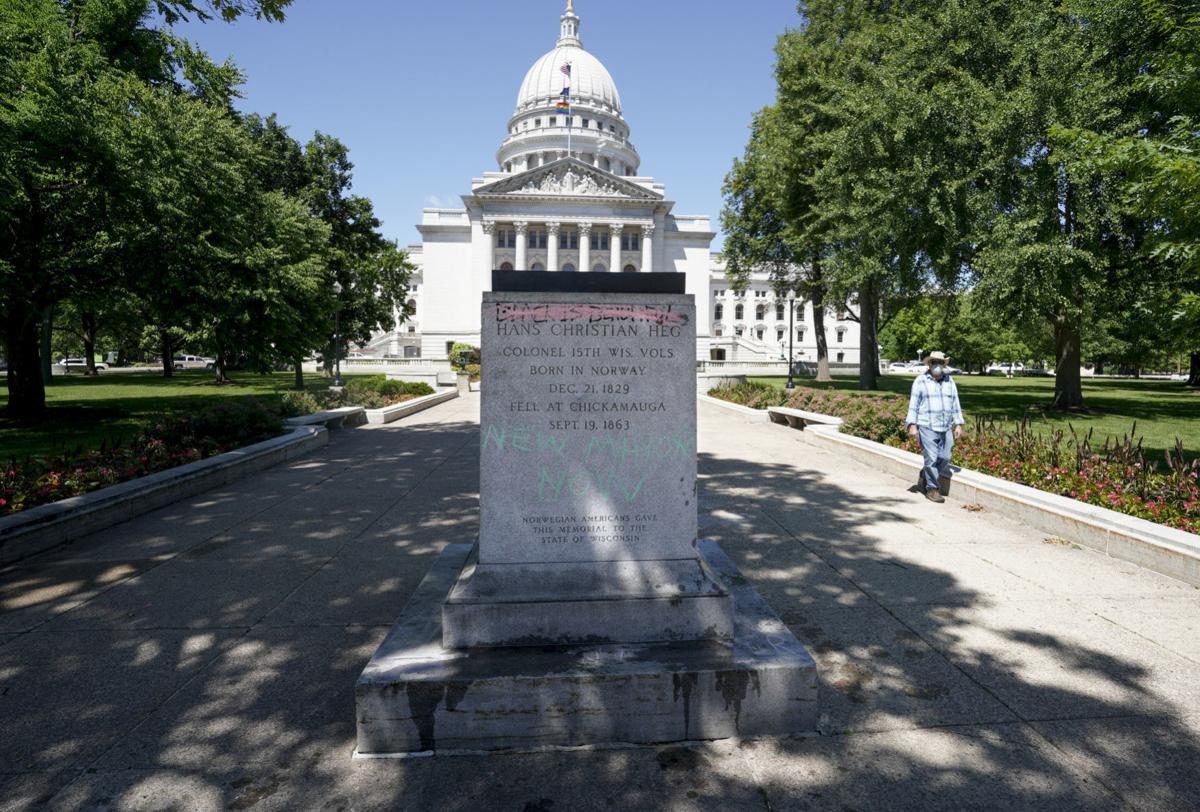 The pedestal outside the state Capitol where a statue of famed abolitionist Col. Hans Christian Heg stood is empty after protesters tore the statue down. Heg's descendants are calling for the statue to be restored. 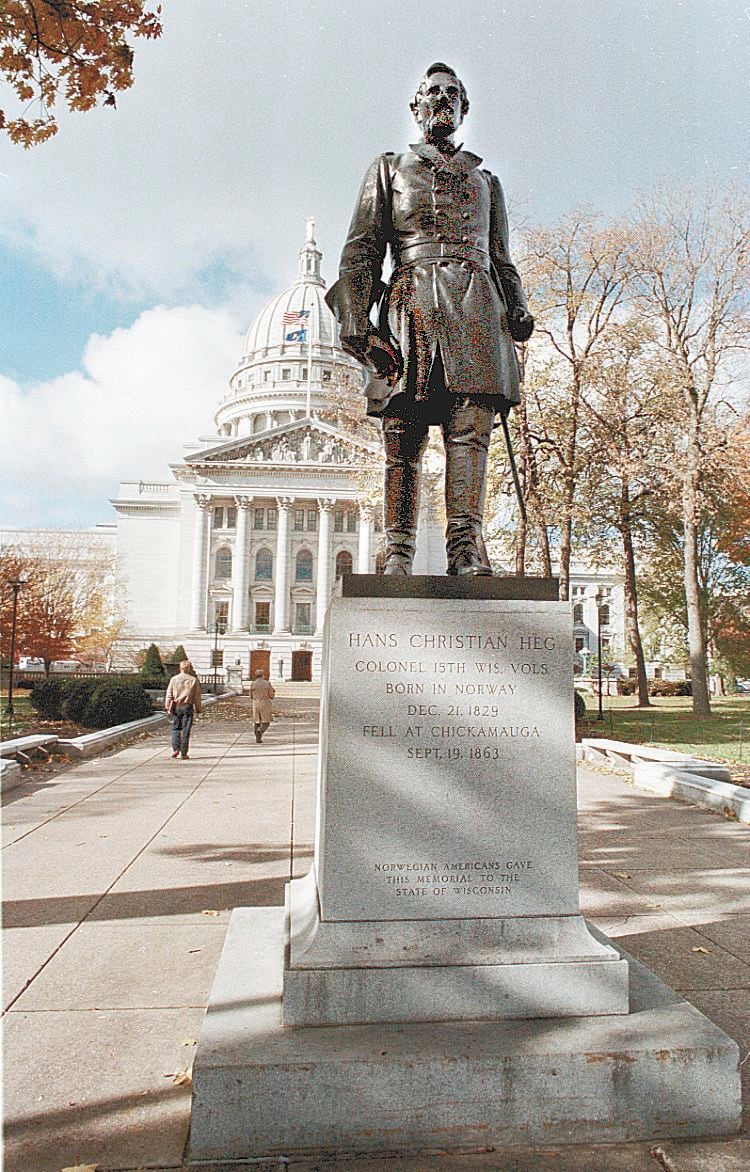 The statue of Col. Hans Christian Heg outside the state Capitol on Nov. 11, 1997.