The U.S. Supreme Court on Wednesday indicated it could scale back the landmark Roe v. Wade decision that protects a woman's right to an abortion during the first two trimesters of pregnancy.

What does that mean for Wisconsin?

Abortion has already emerged as a major issue in Wisconsin’s 2022 gubernatorial election after the U.S. Supreme Court declined to block a new Texas law banning most abortions in that state.

Former Lt. Gov. Rebecca Kleefisch, a Republican, has said she would sign a bill that bans abortions once doctors can detect a fetal heartbeat, which can be as early as six weeks.

The Mississippi abortion law at the heart of Wednesday's Supreme Court hearing would ban abortions after 15 weeks.

A different Texas law that allows private citizens to sue Texas abortion providers who break the law, and anyone who “aids or abets” someone getting the procedure, other than the patient, is also being reviewed by the high court.

The law makes no exceptions for rape or incest. Private citizens bringing lawsuits against providers or others are entitled to at least $10,000 in damages if they prevail in court.

Republican strategist Brandon Scholz said an anti-abortion stance will help define Republican candidates during the primary, while an abortion rights stance will define Democrats. In the general, he said abortion is likely to serve as a way to persuade base voters of each party to show up at the polls.

Activists on both sides say whoever is governor after the 2022 election may determine whether abortion is legal in Wisconsin in the event the U.S. Supreme Court were to fully overturn or significantly revise Roe v. Wade, the landmark 1973 U.S. Supreme Court case that decided states cannot ban abortion before a fetus can survive outside of the womb, generally viewed as between 24 and 28 weeks.

The court’s lack of action in the Texas case was procedural and doesn’t represent its view of the merits, but legal observers say it could indicate a coming anti-abortion shift on the court.

If the U.S. Supreme Court were to overturn or weaken Roe, Wisconsin and other states could likely enact abortion restrictions that stand. But if Roe is scaled back or overturned, lawmakers may not even need to do anything for abortion to be completely outlawed in Wisconsin.

That’s because Wisconsin has an existing 1849 abortion ban on the books that is unenforceable due to federal court decisions, including Roe. The 1849 law criminalizes doctors who perform abortions. Under the law, performing an abortion is a felony punishable by up to six years of combined prison and extended supervision.

The potential flurry of court activity surrounding the issue in the coming months and years, political observers and lawmakers say, will likely launch the abortion issue to the front of Wisconsin’s 2022 gubernatorial race.

“The fact this is happening right now means abortion is becoming front and center of household discussions,” said Rep. Lisa Subeck, D-Madison. “This absolutely will play out in the governor’s race and at the federal level.”

Heather Weininger, executive director of Wisconsin Right to Life, an anti-abortion organization, said the 2022 governor’s race is “huge” to the anti-abortion movement and that activists will be supporting Evers’ challenger.

Liberals, too, say the Supreme Court’s posturing will make abortion a top issue in 2022.

“The Supreme Court is basically guaranteeing that this is going to be a live-wire issue for a really long time,” said Democratic strategist Joe Zepecki.

Abortion rights advocates say the stakes just got higher in the governor’s race.

“If we were to have a different governor who was not supportive of access to abortion care, then, yes, we would be very concerned about (Texas-style anti-abortion laws),” said Mike Murray, executive director of Planned Parenthood Advocates of Wisconsin. “These are the types of stakes that are now present in every state in the country because of the Supreme Court’s inaction.”

A spokesperson for Gov. Tony Evers’ campaign said the issue makes the contrast even clearer between Evers and Republican challengers.

“The governor supports women and trusts them to make their own decisions about their bodies and health care,” said campaign spokesperson Sam Roecker. “Governor Evers is the only thing stopping extreme policies from becoming law in Wisconsin, including restrictions on access to health care and attacks on our democratic process.”

While the U.S. Supreme Court didn’t overturn Roe when it declined to block Texas’s new anti-abortion law, observers say the court’s posture indicates that could come down the road, or that the court may significantly alter the ruling in a way that would allow anti-abortion measures passed in states to remain in place.

“Certainly the fact that they opted not to block this law is also very worrisome,” Subeck said. “The threat to Roe is real.”

Subeck, along with Sen. Kelda Roys, D-Madison, introduced a bill this year that would repeal Wisconsin’s 1849 abortion ban.

Weininger said anti-abortion advocates will have to wait to see whether Texas’ law is allowed to stand, but in the meantime he wants states such as Wisconsin to begin passing laws similar to the one Texas passed, which prohibits abortions once medical professionals can detect cardiac activity, usually around six weeks and before many people know they’re pregnant.

If a Republican is elected in 2022, Wisconsin could see such a law passed and even survive judicial scrutiny, depending on how the U.S. Supreme Court acts.

Texas lawmakers wrote the law to evade federal judicial review by allowing private citizens to bring lawsuits in state court against anyone involved in an abortion, besides the patient.

Weininger said anti-abortion advocates for years have wanted that kind of enforcement. The U.S. Supreme Court voted 5-4 to deny an emergency appeal from abortion providers but also said that other challenges can be brought.

James Bopp Jr., general counsel for the National Right to Life Committee, said the U.S. Supreme Court’s decision not to block the Texas law signals a small but meaningful shift in the way the court treats the abortion issue, one that could eventually lead to Roe v. Wade being struck down.

Bopp said courts have typically granted a number of exceptions to normal rules of procedure when addressing abortion issues and said it’s encouraging to see the court in the Texas case treat the issue in a “normal” fashion. He said the high court declined to take up the case because it failed to name defendants who could enforce the law.

“It’s always encouraging to me when they just apply normal rules,” Bopp said. “And that is what they were doing here.”

If the court continues on this path, Bopp said, the consequences for Roe v. Wade could be substantial.

“I hope it leads to consistently applying normal rules to abortion, and if that would occur over time, I don’t see how Roe v. Wade can survive without all these exceptions that prop up the right to abortion.”

Liberal Madison attorney Lester Pines said U.S. Supreme Court justices could be gearing up to overturn the past 50 years of abortion precedent. He said the court’s inaction in the Texas case indicates it’s likely in the cases before it to limit or eliminate the right to privacy behind the right to an abortion.

Pines said the Texas law has already limited abortion access in Texas because most providers are unwilling to perform abortions with the threat of fines assessed against them.

Abortion rights advocates say banning pre-viability abortions, as the Mississippi law does, would be in direct contradiction to one of the key holdings in the court’s Roe decision and subsequent cases that states cannot ban abortion before a fetus can survive outside of the womb, generally viewed as between 24 and 28 weeks.

“It’s definitely not a good sign for people who were hoping that the U.S. Supreme Court will not gut the privacy right,” Pines said.

He cautioned lawmakers who may want to enact an anti-abortion law similar to the Texas law. He said Wisconsin has a law on the books making it a felony to engage in adultery, but it isn’t enforced due to, in his view, the acceptance by the legal community of a general right to privacy.

“We could have people spying on one another’s intimate lives and seeking to have them charged with adultery, which is a felony,” Pines said. “This kind of bizarre vigilante statute could open a Pandora’s box of laws that would make life in America unbearable for millions of people.”

As for Wisconsin’s existing 1849 abortion ban, Pines said it may not survive judicial scrutiny, even if Roe were overturned, because of other Wisconsin laws that allow for abortion.

Abortion is expected to be a central issue in the 2022 election in Wisconsin and other states. 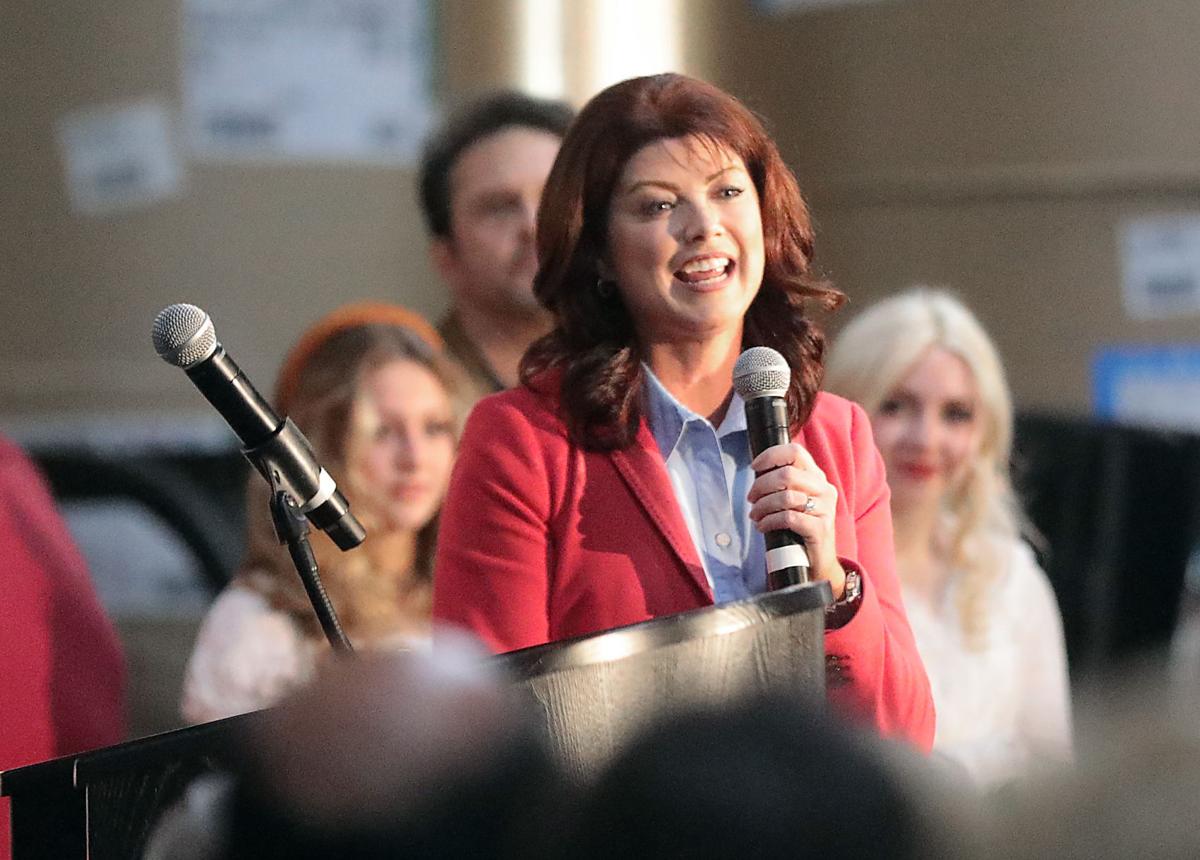 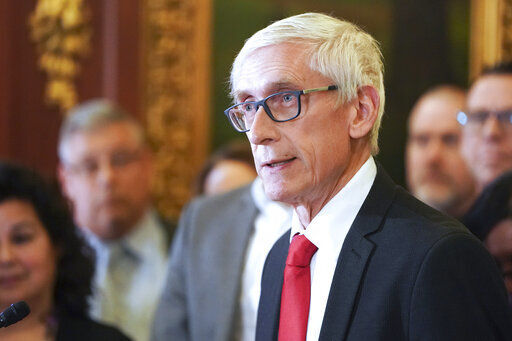