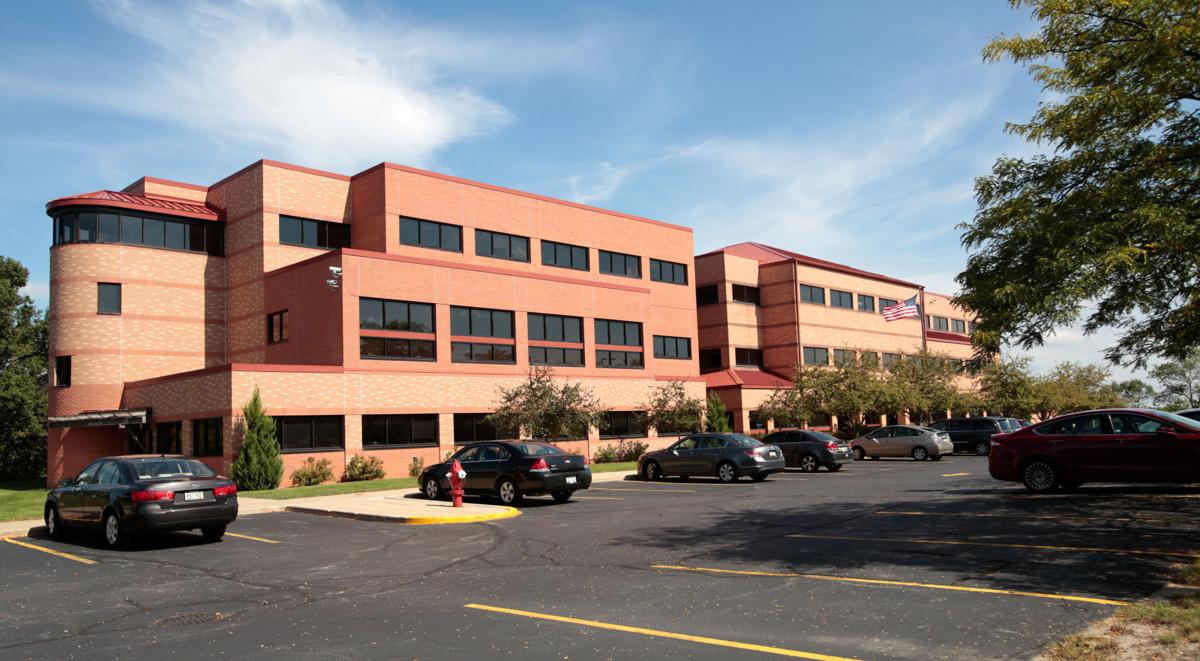 The Wisconsin Education Association Council building on Madison's South Side is for sale. 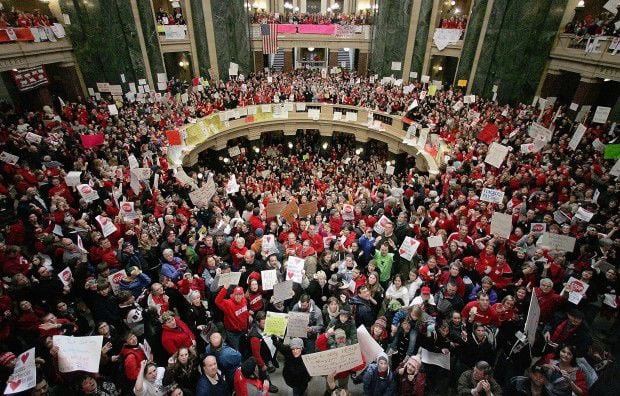 Many teachers were among the thousands who turned out in 2011 at the Capitol to protest Scott Walker's anti-union Act. 10. Since then, membership in the state teachers union is down, and the union is selling its building in Madison.

The state’s largest teachers union, which has experienced a big drop in membership after lawmakers curtailed public-sector collective bargaining, is selling its Madison headquarters.

The Wisconsin Education Association Council is asking $6.9 million for its 51,000-square-foot building and nearly 40 acres as the union seeks to stem the tide of diminishing funding since Republicans in 2011 passed Act 10.

John Walsh, a real estate broker for commercial real estate firm Lee & Associates, confirmed that the property, at 33 Nob Hill Road on the city’s South Side, is for sale. An online listing shows a posting date of Feb. 8.

“I think they’re downsizing because of Act 10,” said Walsh, who deferred further comment to WEAC.

A newsletter written in November by WEAC’s new vice president, Peggy Wirtz-Olsen, notes, “WEAC voted to put the WEAC building up for sale” at an October meeting.

WEAC spokeswoman Christina Brey said this week that despite the listing and despite the union vote last year, “there’s nothing in the works for a sale at this time.”

“I think you have all the facts right,” Brey told the Wisconsin State Journal. “While we are exploring options around the building, there are no immediate plans for a sale.”

She said the union has shifted staffing to a “new regional structure,” creating 10 regions to which members belong instead of a centralized location in Madison. Brey would not say how many members are in the union.

“After all, our union isn’t a building. Our union is teachers and support professionals who work in public schools,” she said. “Our strength is in parents, communities and educators who unite around the shared value of public education — not around brick and mortar.”

According to federal tax records from 2013, the latest year available, the organization had $52,435 in cash and $126,246 in savings. Total assets, including their property, totaled $3.7 million, while the organization’s liabilities totaled $1.6 million.

WEAC’s membership has decreased by more than half from the union’s 98,000-member levels before Gov. Scott Walker signed Act 10 in 2011.

As of February 2015, a WEAC official told the State Journal the union represented about 40,000 public school employees.

A decade ago, WEAC spent $1.5 million on lobbying during the 2005-06 legislative session, state records show.

The next session, that figure was $1.1 million. During the two sessions leading up to the passage of Act 10, WEAC spent $2.5 million and $2.3 million, respectively.

But during the 2015-16 session, the union spent just $109,888 on lobbying and had one lobbyist aside from its president and communications director.

The percentage of Wisconsin workers in unions was 8.3 percent, or 223,000 union members -- down from 11.7 percent the year before, or 306,000 union members, according to a new report released Thursday.

Local members of the Wisconsin Education Association Council are turning their efforts toward school board races and reaching out to parents in an effort to eventually regain some influence in Madison.

The American Association of Educators says it's a non-union professional option.

While the percentage of Wisconsin workers in unions is again far below the national average of 10.7 percent, union membership did not take the tumble in 2016 that it did in 2015.

The move is the latest fallout from Act 10, which resulted in a significant decline in public sector union membership.

Fewer than half of Wisconsin school districts have certified teachers unions

As of November, 199 school districts have unions certified by the state.

The Wisconsin Education Association Council building on Madison's South Side is for sale.

Many teachers were among the thousands who turned out in 2011 at the Capitol to protest Scott Walker's anti-union Act. 10. Since then, membership in the state teachers union is down, and the union is selling its building in Madison.