Ian Kozaczek is glad to be “gainfully employed” again, working as a cheese monger at Fromagination in Downtown Madison.

Last year, as the COVID-19 pandemic set in, the 27-year-old left his grocery store job to protect his partner, whom he said is immuno-compromised. Kozaczek expects his financial situation will further improve by a $1,400 federal relief payment, which will go to “very pricey” repairs needed on his vehicle.

“I’ve got to get it in working order,” the South Side resident said Friday afternoon. “I’ve been taking the bus recently because the weather and the condition of my vehicle.”

To Madisonians — as well as out-of-towners visiting Downtown on Friday — the third and largest federal pandemic relief payment is a boost to savings accounts, help with making rent and mortgage payments, and some extra spending cash for what they hope will be a more social summer.

Within days of President Joe Biden signing the $1.9 trillion COVID relief package on March 11, the stimulus payments began reaching bank accounts through direct deposit. The Treasury Department had distributed $242 billion in payments by Wednesday and another approximately $442 million in physical checks had been mailed out by then.

Local software engineer Ryan Atanasoff, 26, received all three checks — $1,200 last spring, $600 in a second round approved by Congress in December and the most recent $1,400. He said most of the money went toward paying off student loans, and the financial assist was “appreciated” and “helpful in hard times.”

Aura Rangel, 33, said the checks helped her cover about two months of rent and one month of groceries. Rangel is a teacher at Creative Learning Preschool and also in school working toward a nursing degree, so she said she was happy to qualify and get some relief.

“It helped me with paying rent and getting groceries,” she said. “Basically, that’s what I used it for, and coffee. Need to drink a lot of coffee these days.”

Rangel said “it’s hard to say” whether or not the stimulus was enough for most people, but it was enough for her. She said she hears two sides of people saying they are grateful to get some money and others worried about the negative impact of the stimulus on the economy.

“It would’ve been nice to get more money just because things are just hard right now, and as a student and preschool teacher things are always more stressful,” she said. “I’m glad that I got it because I definitely need it.”

Dan Bomberg hadn’t received the $1,400 payment by Friday but expected to see it soon.

The two previous relief payments helped Bomberg with “comfort spending,” such as ordering takeout to support restaurants, and building an emergency fund. The state employee said he plans to spend the third payment on basic needs and to “do some traveling once I’m vaccinated.”

Shannon Davis, 37, works for building inspection for the city of Madison. She said she qualifies for the stimulus but hasn’t gotten her third check yet, adding she “will be very grateful for it” when she does.

Davis said she put her first payment into savings in case of future job insecurity, a decision she said she is content with because of work reductions in the city due to the pandemic. She said the money she received was “enough to cover the gap” for herself but also recognized she didn’t have to deal with losing full-time employment at any point.

“I can say that if I had lost a job, it certainly wouldn’t have been enough,” Davis said. “I know a lot of people need even more.”

Her second check was split between savings and donating to disaster relief charities. She said she plans to do the same with her third check still to come by saving half for future needs and emergencies and donating some to local food banks.

Sara San Juan came to Madison from her La Crosse-area hometown to file taxes on Friday. The food production worker had COVID-19 last fall, an experience she said was “not very fun” as symptoms progressed from a cough and sore throat to losing her sense of taste and smell.

San Juan, 27, said she doesn’t have any lingering side effects, but losing time at work put her family behind on bills.

“It’s basically to pay bills,” she said of the third federal relief payment. “It was a little bit rough, so right now we’re trying to catch up.”

Retired pastor Joe Veltman, 72, said he and his wife, who works part-time, will likely just let the payment stay in their bank account.

“We are blessed in that we don’t have any financial problems,” Veltman said. “In a way, they could keep it, but I’m not going to say no.”

The first and second federal relief payments helped Raymond Johnson pay down back rent. The latest round, which Johnson expects to receive in a physical check, will be saved for the time being.

“I’ve been working like crazy, so honestly I’m just going to use it for savings and stuff like that,” he said. “I want to have a good summer — everything’s about to open back up — so you could use that money for stuff you wanna do.”

Picturing a pandemic: See the last year through the eyes of the State Journal’s photographers

District staff, community say janitor monitored by cameras at East High was 'targeted based on his race'

The use of hidden cameras has been used against custodial staff "on numerous occasions," according to a letter signed by district staff and community members.

Sometimes rainy week ahead for southern Wisconsin could feature thunder, some snow

Rain will fall Tuesday, possibly with thunder, and rain is possible later in the week, perhaps with some snow, for southern Wisconsin, according to forecasters. 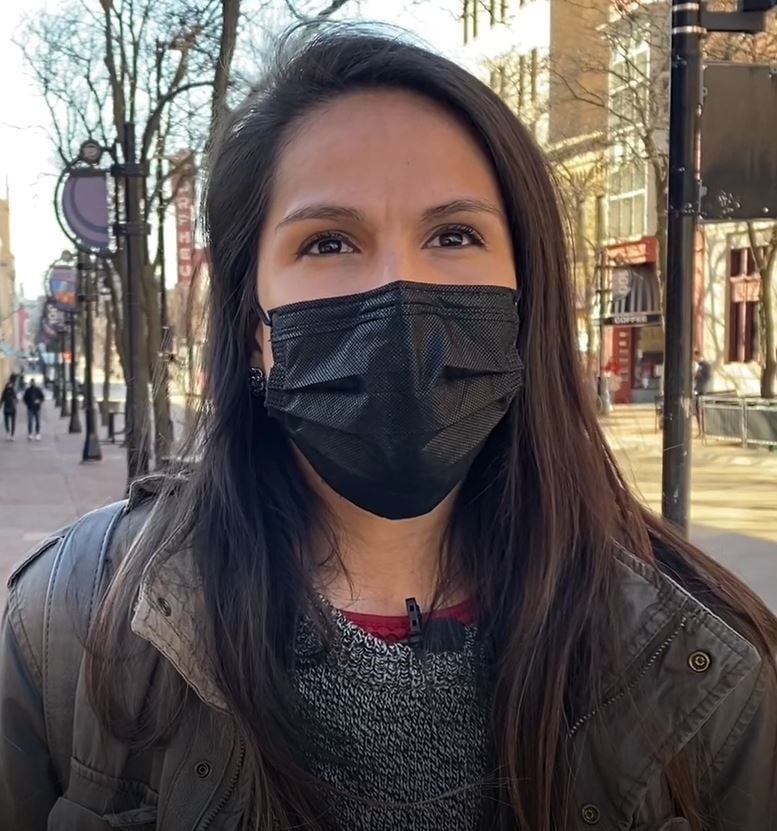 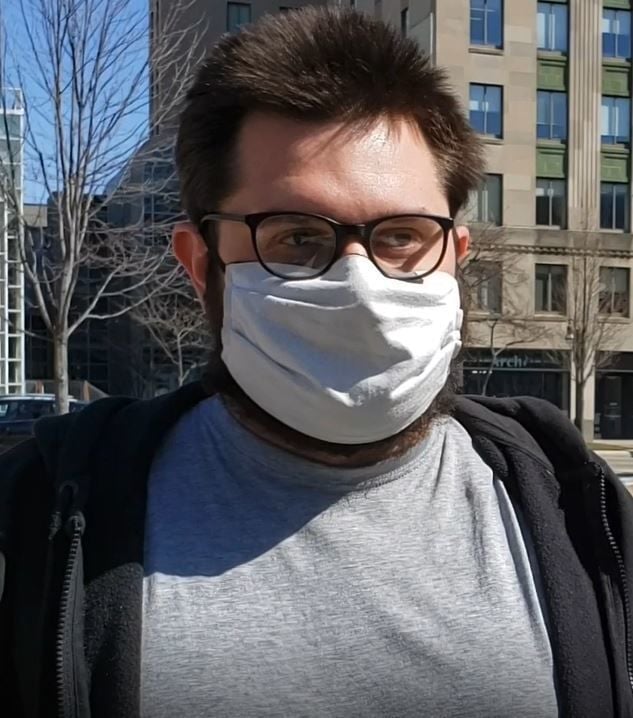 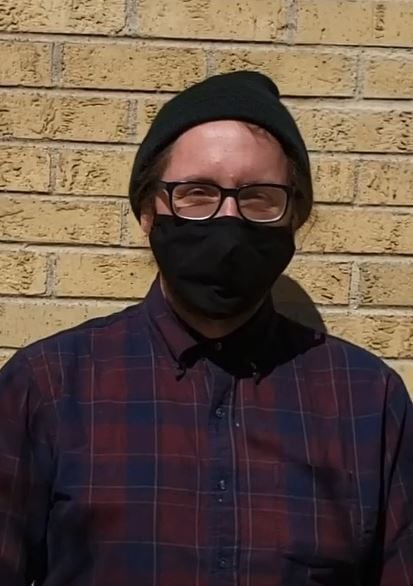 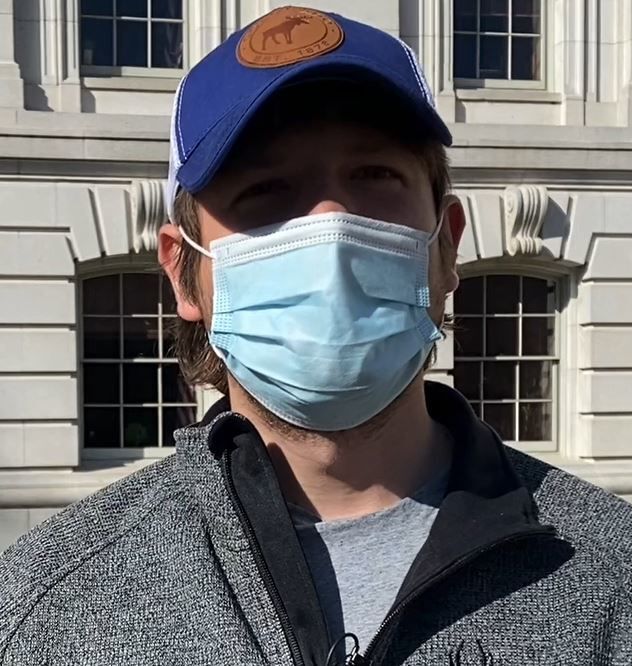 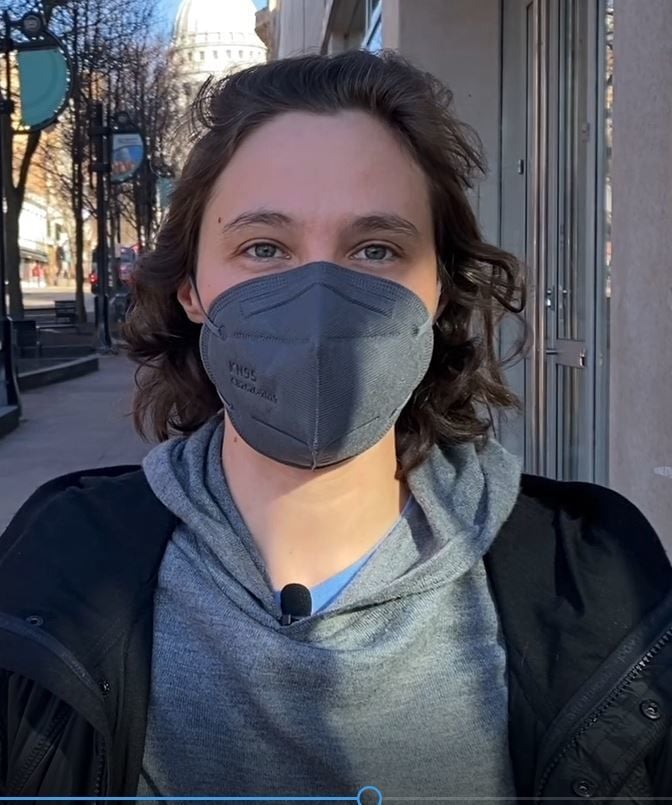