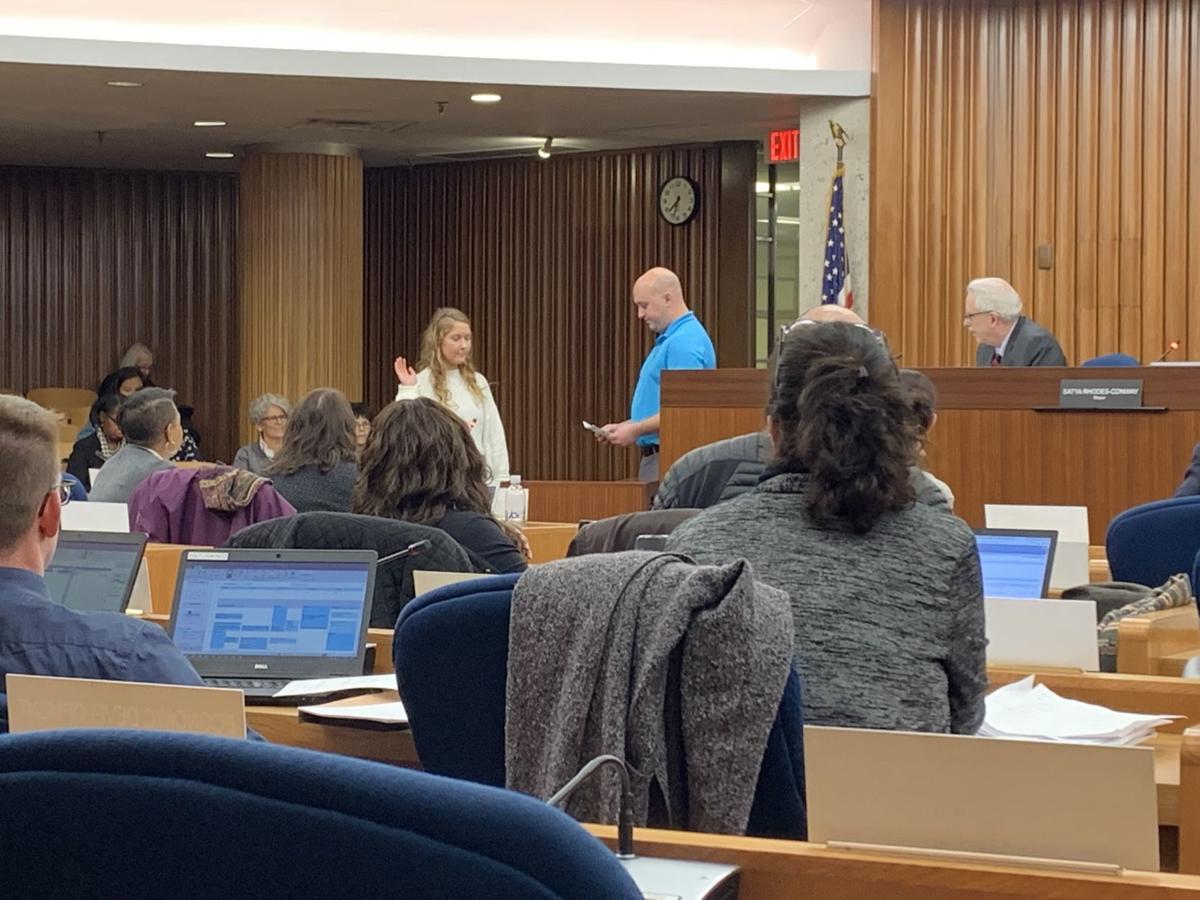 Sally Rohrer is sworn in as a new member of the Madison City Council. She will represent the 8th District, which includes a large portion of UW-Madison's campus. 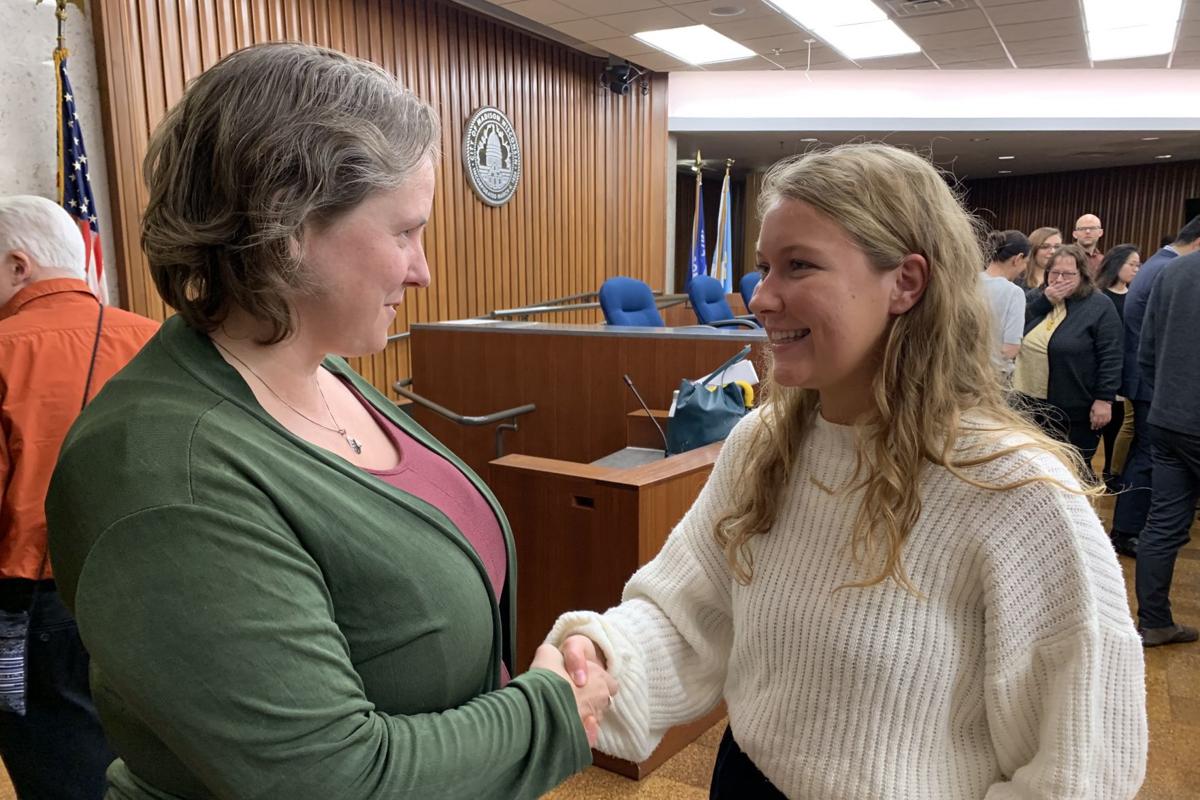 Sally Rohrer shakes hands with Madison Mayor Satya Rhodes-Conway after being appointed to the vacant seat on the City Council.

The council unanimously approved Rohrer to represent the 8th District, which covers a large chunk of the UW-Madison campus. She will serve until the April election.

The seat was left vacant at the end of September when former Ald. Avra Reddy resigned because of an ongoing illness in her family.

During the next five months, Rohrer said, she hopes to “accurately reflect” Reddy’s platform, for which residents in the district voted.

Rohrer, 22, said she wants to focus on environmental sustainability and voter accessibility, especially making sure the city is “doing everything it can” to make it easy for students to get to the polls ahead of the 2020 election. She also hopes to work on addressing food security and affordable housing in the city.

“I’m really excited to start doing work ... and see what I can get done in the (five) months on the council,” Rohrer said.

Rohrer was selected for the seat over former Ald. Zach Wood, who represented the 8th District from 2015 until last spring, and three other applicants.

During the past couple of weeks, Rohrer said, City Council members have been helping her understand the 2020 capital and operating budgets, which the council will take up next week starting Tuesday.

In her graduate coursework, Rohrer has focused on economic policy, taking classes on state and local government finance, which she said has prepped her for the budget.

“In the classroom, you learn all the theoretical concepts about state and local government, finance, revenues,” Rohrer said. “It’s really interesting to look at the budget and numbers and see it in action. I totally nerd out about it.”

Also Tuesday, the council approved an agreement with UW-Madison to pilot processing some UW-Madison police citations in municipal court instead of county court, making fines for tickets less expensive.

The change will apply to citations for underage possession or consumption of alcohol, false identification and disorderly conduct.

City court will need to modify its software to accommodate the change at a one-time cost of $10,059.

Graduate student Sally Rohrer was recommended over Zach Wood, who formerly served as the City Council member for that district.

The Focused Interruption Coalition says the proposed reduction — from $409,500 in 2019 to $200,000 next year — will hurt efforts to intervene in simmering disputes and prevent violence.

The Madison City Council could be reduced from 20 to 10, with members serving full time and receiving $67,950 annual salaries.

The funding will support three developments that will add 200 affordable housing units to Madison.

The Bay Creek and Schenk-Atwood-Starkweather-Yahara neighborhoods won't have to alternate-side park this winter, followed by more neighborhoods next winter.

Madison City Council: Golf courses can get up to $1.5 million as short-term fix for fiscal woes

With another loss of $500,000 expected for this year at the city's public golf courses, the council authorized cash advances to keep them afloat.

Four UW-Madison students and Zach Wood, a former City Council member, applied to fill the open seat on the council.

Sally Rohrer is sworn in as a new member of the Madison City Council. She will represent the 8th District, which includes a large portion of UW-Madison's campus.

Sally Rohrer shakes hands with Madison Mayor Satya Rhodes-Conway after being appointed to the vacant seat on the City Council. 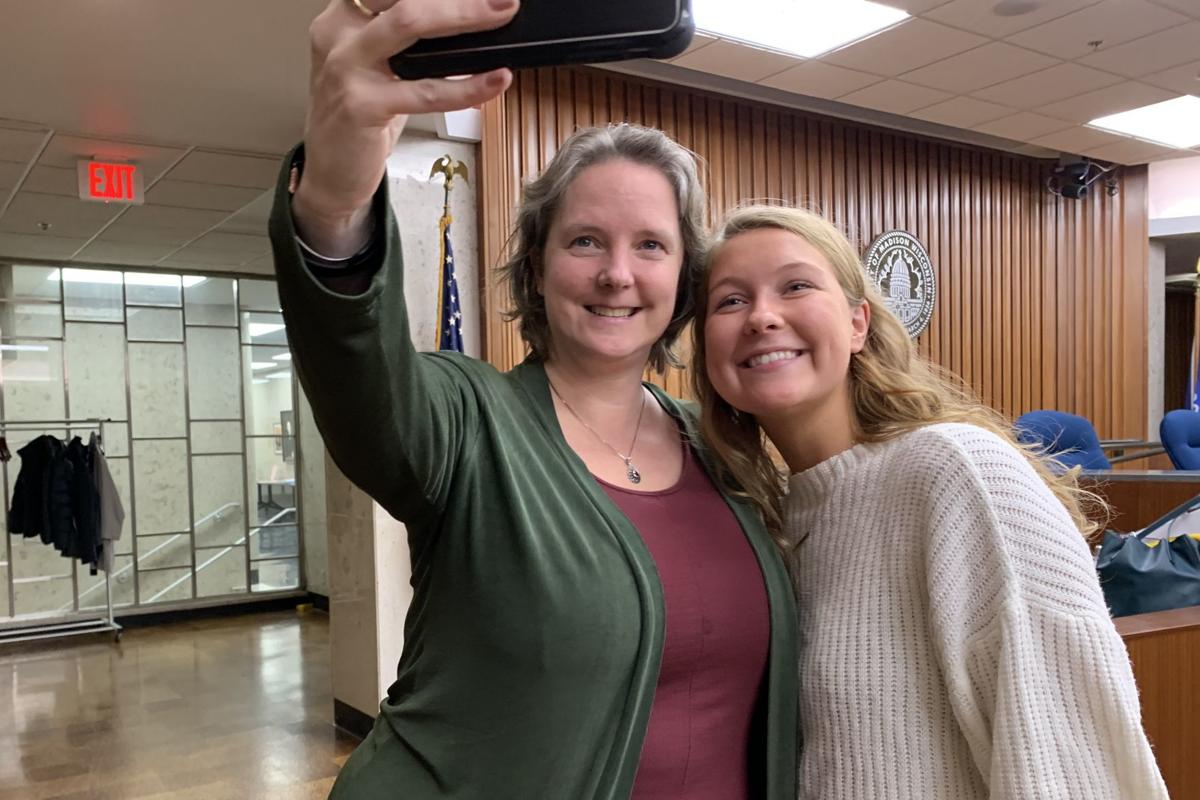 Madison Mayor Satya Rhodes-Conway takes a selfie with Sally Rohrer after the latter was appointed to the vacant seat on the City Council. 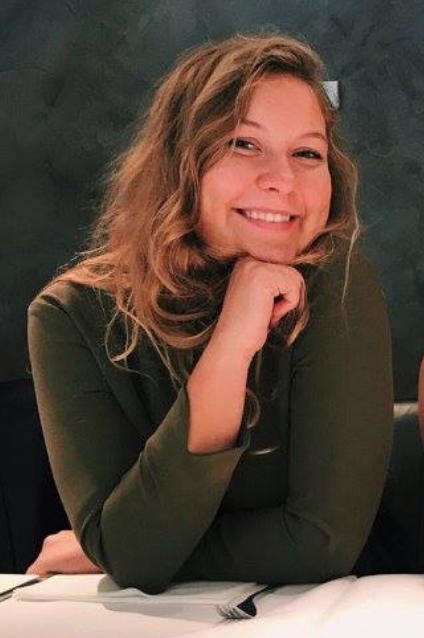