Unemployment claims skyrocket to more than 29,000 as business halts statewide amid COVID-19 pandemic
Share this
×

Preliminary numbers show more than 29,000 initial unemployment claims had been made this week as of Wednesday, according to the Department of Workforce Development. About 3,500 initial claims were made in the same span last week.

“Every day this week our claims have gone up,” said Amy Banicki, DWD deputy administrator of unemployment. “They keep going up incrementally, almost doubling every day.”

An uptick began Sunday with nearly 1,500 initial claims, Banicki said. Nearly 15,000 initial claims were made on Wednesday, one day after Gov. Tony Evers ordered all bars and restaurants to halt sit-in services.

Banicki added that the increase has most likely not peaked yet.

Initial claims are the first application toward getting unemployment benefits. Following an initial claim, individuals must file a weekly claim in order to receive payments.

Banicki said the department faces workflow challenges, and some staff have been reassigned. While the state has dealt with recessions in the past, Banicki said this increase was very sudden.

“Even during the Great Recession we had some warning coming up to it,” Banicki said. “Here we did not.”

The state’s unemployment fund balance was sitting at more than $1.97 billion at the close of 2019, up from less than $600 million in 2007, before the last recession hit.

“Thank God we have $2 billion in the state’s unemployment fund and not $600 million, because it sure looks like we’re going to need it,” said Jason Stein, research director with the nonpartisan Wisconsin Policy Forum.

But while the unemployment fund is in a better position than it was 13 years ago, Wisconsin lags behind 30 states in terms of the jobless fund’s preparedness to weather a recession.

A February solvency report on state unemployment insurance trust funds by the U.S. Department of Labor ranked Wisconsin 31st in the nation — falling just below the threshold to be eligible for interest-free borrowing. The report compares the state jobless fund balance with total wages paid in a year.

The state unemployment fund is filled through payroll taxes on employers and used to provide temporary benefits for qualifying workers who lose their job.

Evers on Wednesday issued an emergency order to expedite the state’s unemployment benefits and potentially open it up to more people. Evers waived requirements that recipients look for work and made other modifications to speed benefits to those unable to work during the crisis. The order remains in effect for the duration of the COVID-19 public health emergency.

“This isn’t something that has affected one restaurant or even all the restaurants in one town, this has affected all restaurants and bars in our state and lots of other service jobs,” Stein said. “It’s really important that, for now at least, people have some safety net.”

Banicki said earnings determine a claimant’s benefit rate, with the maximum weekly payment capped at $370. Benefits can be claimed for up to 26 weeks.

Stein said the combination of a recession and global pandemic presents a unique challenge — many of those who are laid off or furloughed will have trouble finding other employment options as long as the shutdown remains in effect.

“In the current situation, it’s not just a demand issue, it’s a supply issue. We might be willing to go out and spend money at a restaurant or bar, but we can’t do it,” Stein said. “Not only can the government not encourage us to do that, but the government must prohibit us from doing that to stop the spread of the disease.”

DWD plans to keep most job centers open across the state. Online services also are available.

“During this time of economic uncertainty, it is important that the public know our staff are available to assist them as employment situations are quickly changing,” DWD Secretary Caleb Frostman said in a statement.

‘I need an income’

Vernon Lyles, a resident of Madison’s South Side and father of a 1-year-old and a 2-year-old, works for Amazon but, as a result of the outbreak, his hours were significantly cut.

“I’ve got kids, and I need an income,” Lyles said.

He went to the Dane County Job Center on Aberg Avenue after he tried to reach the facility by phone. He wasn’t able to get through, so he and Tyrell McGee, who was also seeking unemployment after losing his job roughly a week and a half ago, decided to try their luck in person.

The center was closed, but DWD, which has a Madison office in the same building, was open, albeit staffed with a skeleton crew. The department fielded a high number of calls on what would normally be a steady-paced workday, and helped people who came into the office seeking assistance with unemployment claims.

Lyles said his only concern is providing for his children, and he needs the state’s help due to widespread closures.

“That’s really my main focus, to get stuff for my kids,” he said. “I’ve always been able to go get two, three jobs, so this has kind of just put my life on standstill. I’ve never dealt with something like this, but I’m a fighter, I’ll get through it.”

In addition to the state’s unemployment fund, financial experts are keeping a close eye on what the coronavirus, paired with a national economic slowdown, could mean for the state budget — which earlier this year was projected to have $452 million in extra tax revenue through June 30, 2021.

Legislative Republicans had wanted to use the surplus for a $250 million income tax cut, but Evers vetoed that proposal and called for more spending on K-12 education. A recession would likely erase the unbudgeted extra revenue.

“It certainly seems fortunate at this moment that the state did not turn a projected surplus into a spending increase or tax cut,” Stein said in an email. “The Forum has pointed out that reserves like that can be critical to meeting unforeseen challenges and we face one now.”

Bob Lang, director of the nonpartisan Legislative Finance Bureau, said it’s too early to say how much the recession and COVID-19 could impact the budget, but said he plans to put out new projections in a few months.

At the time of the last budget projection in January, the Legislative Finance Bureau reported that about $409 million would be deposited into the state’s Budget Stabilization Fund, a rainy day fund to be tapped in times of recession or fiscal emergency. That would bring the fund to more than $1 billion by June 30, 2021.

“I think at this point we need more data,” Lang said.

During a recession, states face reduced income and sales tax revenue, which could force leaders to dip into their reserves or seek federal loans, as Wisconsin did during the last economic downturn.

Wisconsin had almost $650 million in its rainy day fund last year — equal to a little more than 13 days’ worth of state operating costs, according to new research from The Pew Charitable Trusts.

“The key points for state leaders right now is they need to build in some flexibility into the budget, they need to create reserves that will allow them to manage through this crisis and they need to seek out good data as soon as possible on the size of the impact so they can prepare a response,” said Josh Goodman, senior officer at The Pew Charitable Trusts.

The lawsuit comes as officials are promoting absentee voting due to the novel coronavirus.

The COVID-19 coronavirus pandemic has meant huge business for grocery operators who are struggling to keep up with demand.

The Boys & Girls Club of Dane County and United Way of Dane County said the goal is to "provide financial relief for those hit hardest" by the COVID-19 coronavirus pandemic.

With more than 200 confirmed cases of COVID-19 and 3 deaths, Tony Evers says worst is yet to come for Wisconsin

"Unfortunately, this number is expected to rise and things will get worse before they get better," Gov. Tony Evers said.

"The only numbers that even approach this, with any history that we have, would be the Great Depression, and even that number is a little nebulous," said Dennis Winters, chief economist with DWD. 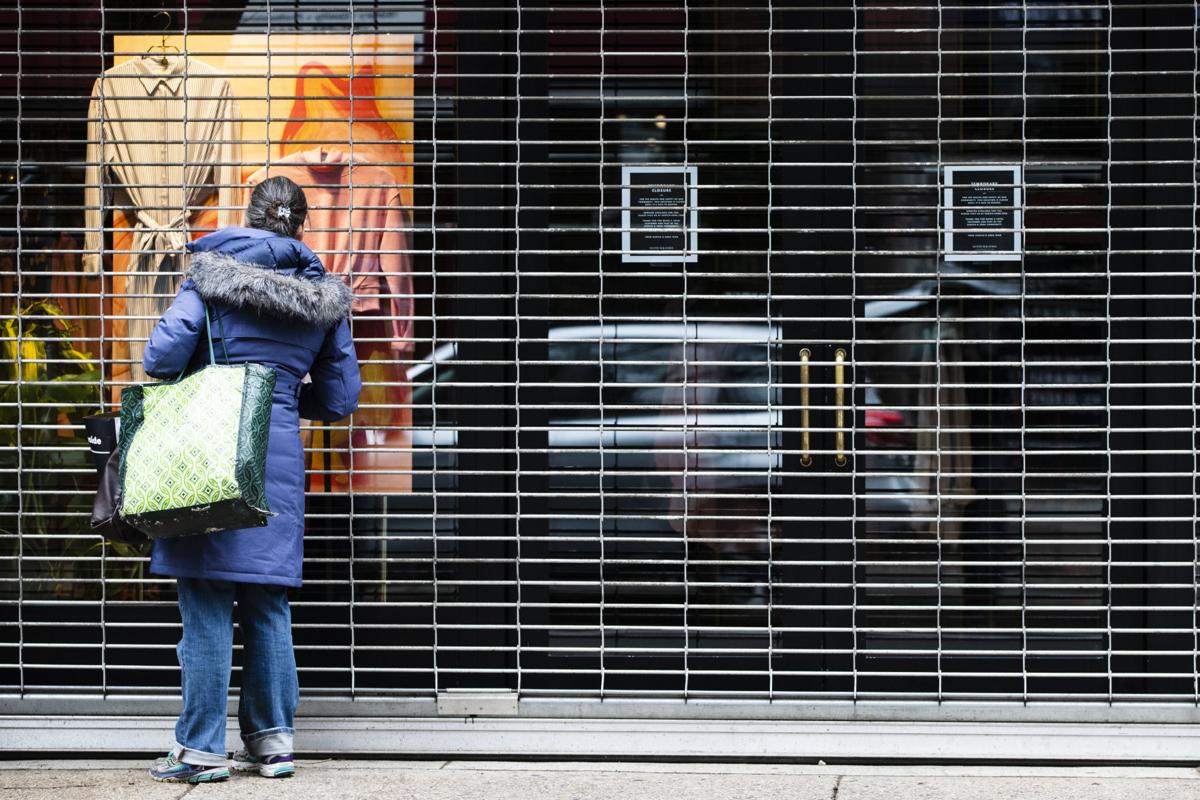 A person window-shops at a temporarily closed business this week in Philadelphia. 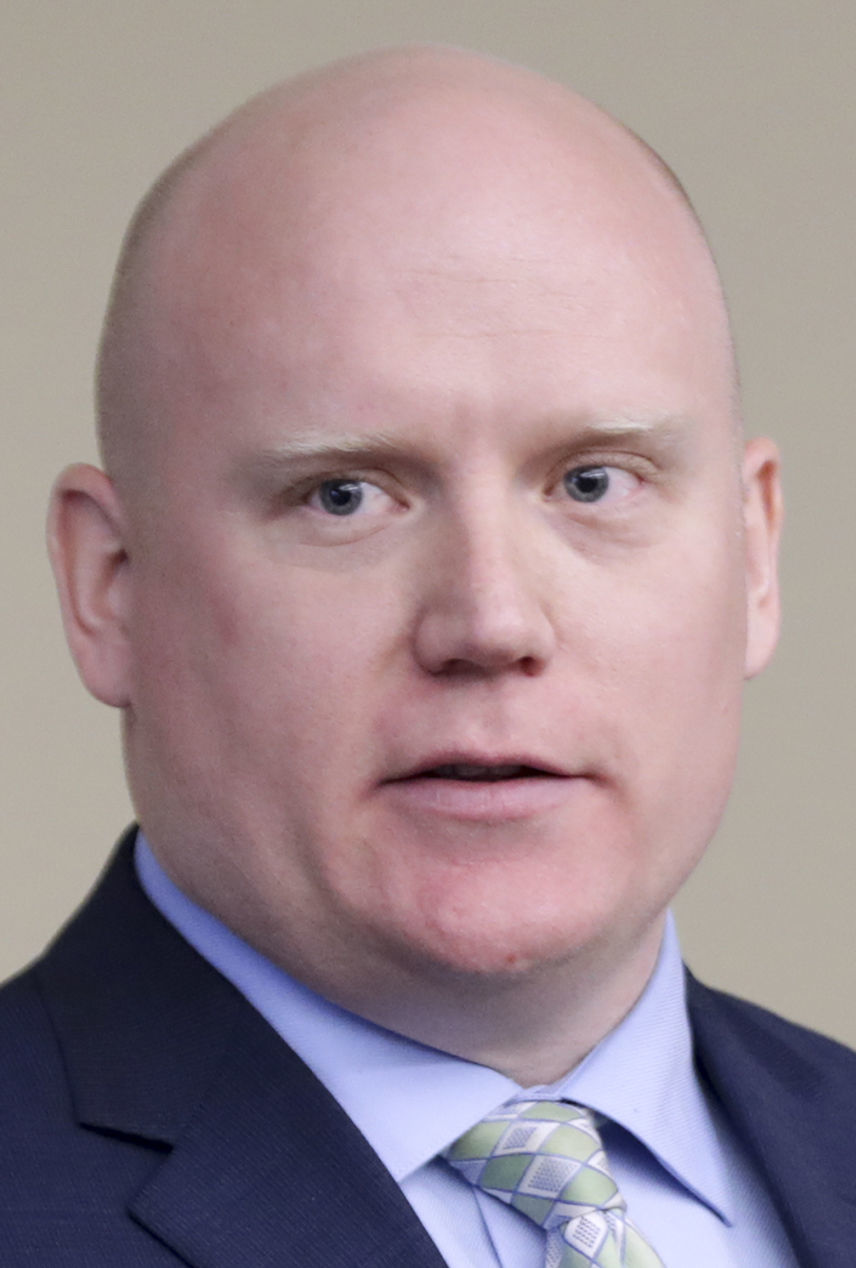