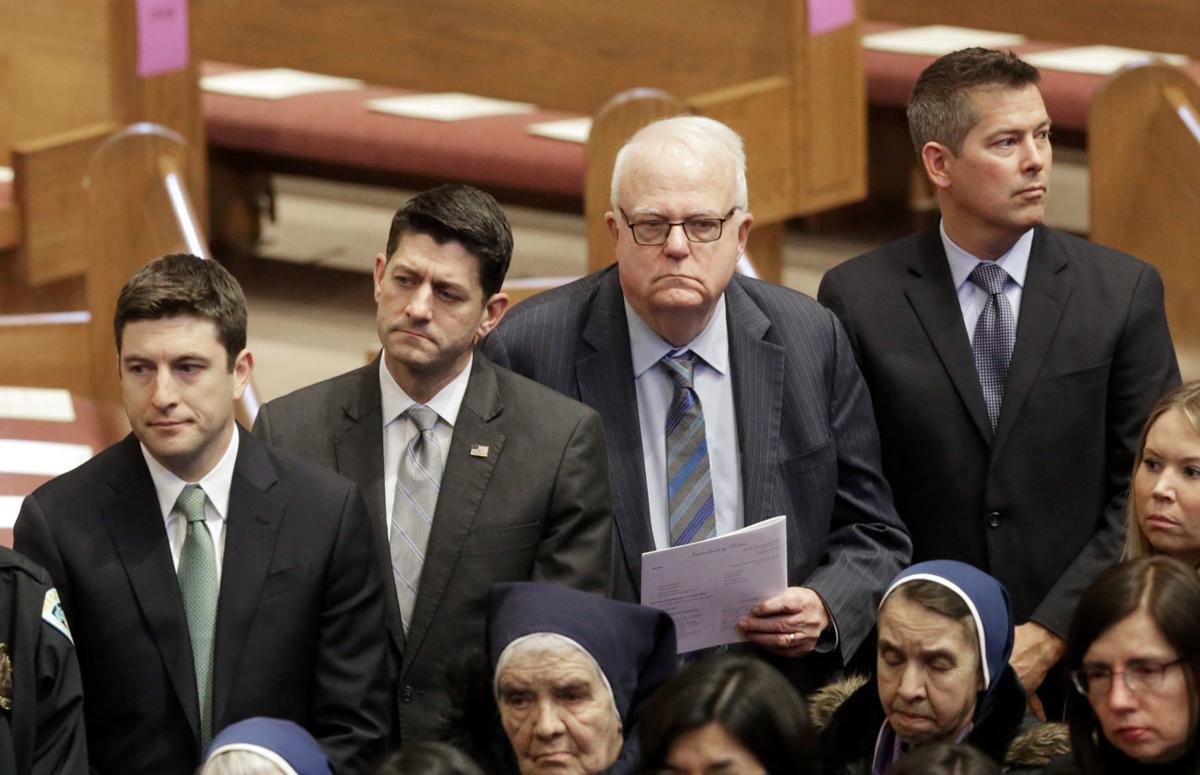 U.S. Rep. Jim Sensenbrenner, second from right, plans to join Rep. Sean Duffy, right, and former Speaker Paul Ryan, second from left, in retirement in 2021. Sensenbrenner's retirement will trigger a "charge of the right brigade" to replace him in his Republican-heavy district between Dane County and Milwaukee.

U.S. Rep. Jim Sensenbrenner’s announcement that he plans to end his more than 40-year run in Congress may prompt a crowded primary to replace him featuring some of the state’s most prominent Republicans.

Several current and former GOP politicians have already expressed an interest in running to represent the Republican stronghold held by Sensenbrenner, 76, R-Menominee Falls, since 1979.

Republican strategists say the 5th Congressional District seat could be a golden ticket for long-term staying power in Congress.

“This is a once-in-a-political-lifetime opportunity for a whole host of candidates,” said GOP strategist Brian Fraley. “It’s the safest Republican seat in the state if the Republican votes the right way and works the district. Republicans here are very organized and very protective of their seat.”

According to the nonpartisan Cook Political Report, the district votes 13 percentage points more Republican than the national average. The district covers portions of Milwaukee, Waukesha, Dodge and Walworth counties and all of Jefferson and Washington counties.

The race could possibly pit prominent Wisconsin Republicans against each other, and have ripple effects throughout state government. On Thursday, Fitzgerald, who has served in the state Senate since 1995 and as the top Senate Republican since 2011, signaled he is considering a run.

No progress in dispute between AG Kaul, Republican lawmakers

In a statement, he emphasized his work with former Gov. Scott Walker to implement conservative priorities, and underscored ongoing dysfunction in Washington.

“Everybody knows that D.C. is a mess, and in need of more Wisconsin-style common sense,” Fitzgerald said. “President Trump needs strong allies to fix it and in the coming days I’ll be seriously weighing a run for Congress with my family and my team.”

If Fitzgerald runs, he could see a primary challenge from Kapenga, a Senate colleague. Kapenga, who is one of the more fiscally conservative members of the chamber, said he is considering a run.

Vukmir, an alumna of the Senate who ran an unsuccessful challenge to Democratic U.S. Sen. Tammy Baldwin last year, is also mulling a bid.

Nicholson hasn’t ruled out a bid for the seat, meaning the two could go head-to-head once more.

“It will be the charge of the right brigade,” said GOP strategist Brandon Scholz.

Farrow and Neylon, from Waukesha County, said they are actively considering a run. Several others are weighing a possible bid, according to The Associated Press, including state Sen. Dale Kooyenga, of Brookfield; Ben Voelkel, spokesman for Republican U.S. Sen. Ron Johnson; and Vince Trovato, another early Trump backer and his first state director in 2016.

On the Democratic side, entrepreneur and former Navy veteran Tom Palzewicz, who ran an unsuccessful bid against Sensenbrenner in 2018, said he intends to try for the seat again in 2020.

While the district is GOP-friendly, Scholz said the general election won’t be a cakewalk for the eventual Republican nominee. In 2018, Democrat Robyn Vining, of Wauwatosa, managed to flip an Assembly district located within Sensenbrenner’s district.

Scholz said he doesn’t anticipate too much mud-slinging during the primary. Sensenbrenner himself warned potential candidates against doing so.

Sensenbrenner’s retirement represents a changing of the guard for Wisconsin’s congressional delegation.

Cool weekend, then warmer next week for south-central Wisconsin

Highs for the area should fall from the 70s to the high 60s on Sunday but rebound back above 80 on Tuesday, according to forecasters.

"He's had a number of people reach out to him," Scott Walker said.

The development narrows the list of GOP candidates vying to represent two of the strongest Republican districts in the state.

U.S. Rep. Jim Sensenbrenner, second from right, plans to join Rep. Sean Duffy, right, and former Speaker Paul Ryan, second from left, in retirement in 2021. Sensenbrenner's retirement will trigger a "charge of the right brigade" to replace him in his Republican-heavy district between Dane County and Milwaukee. 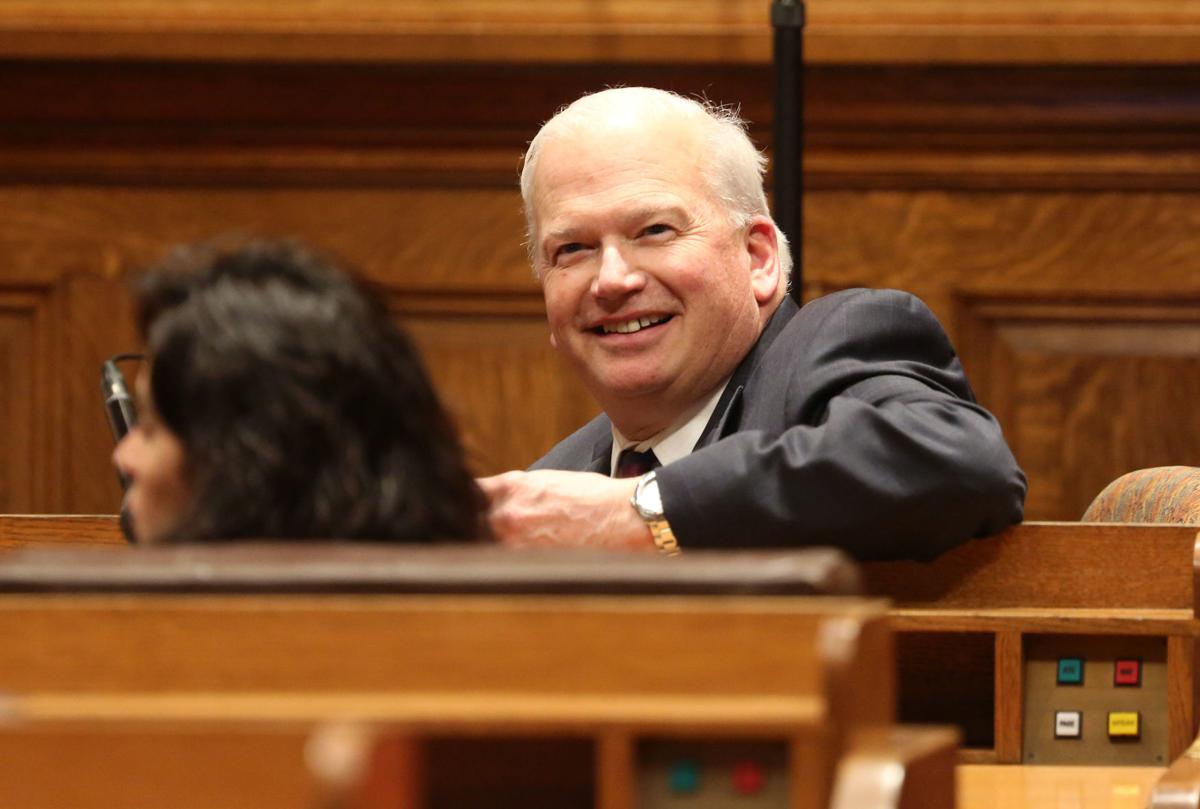 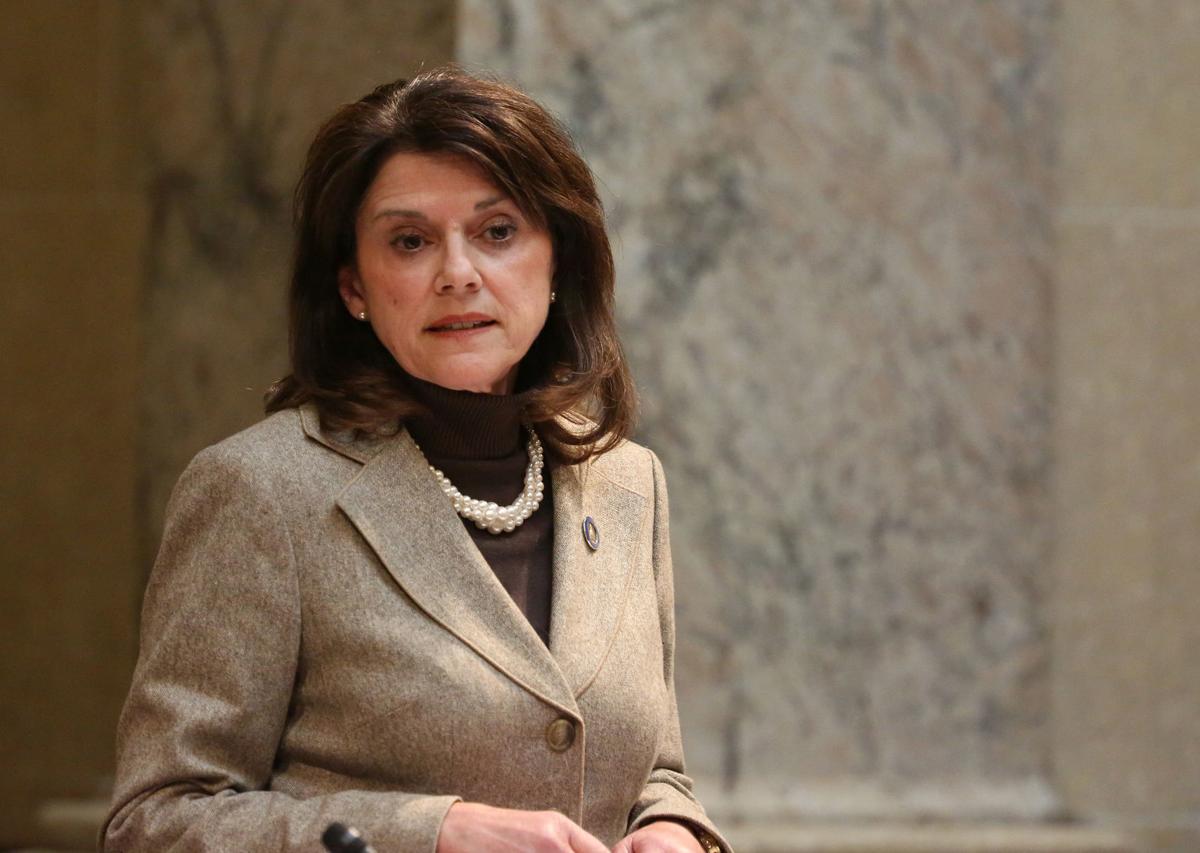 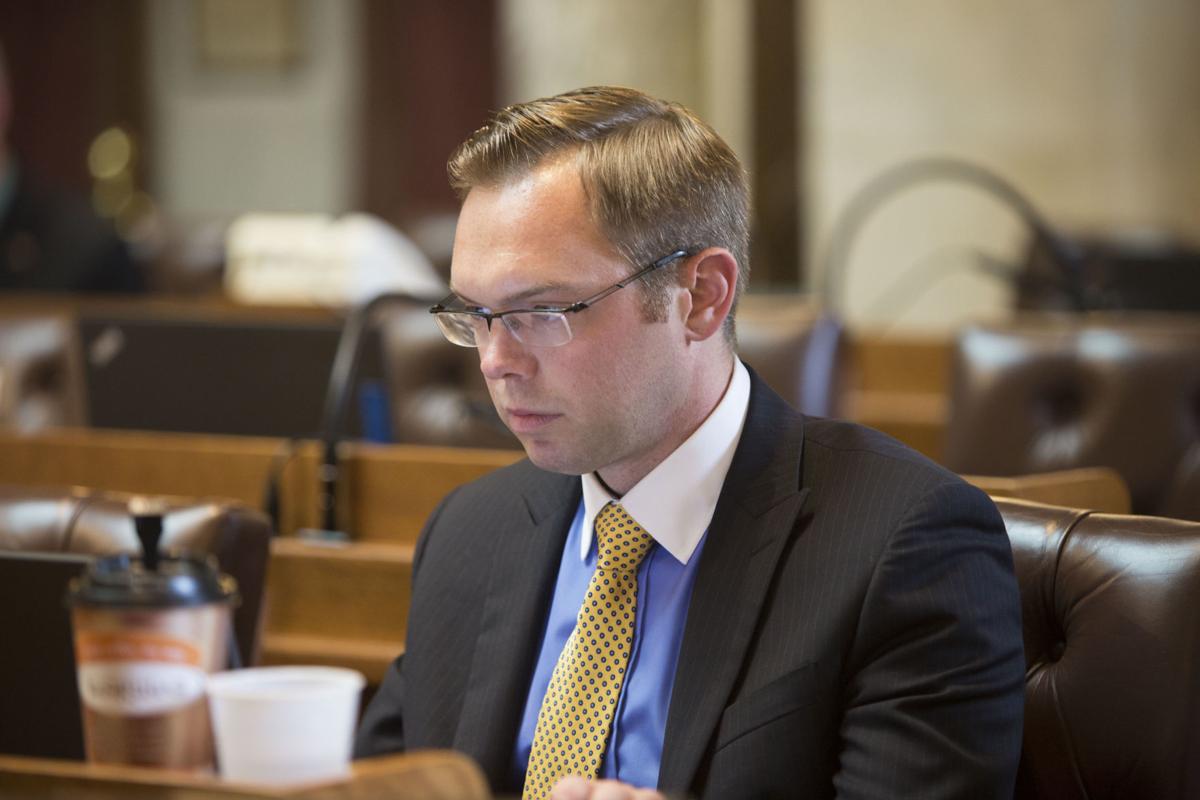 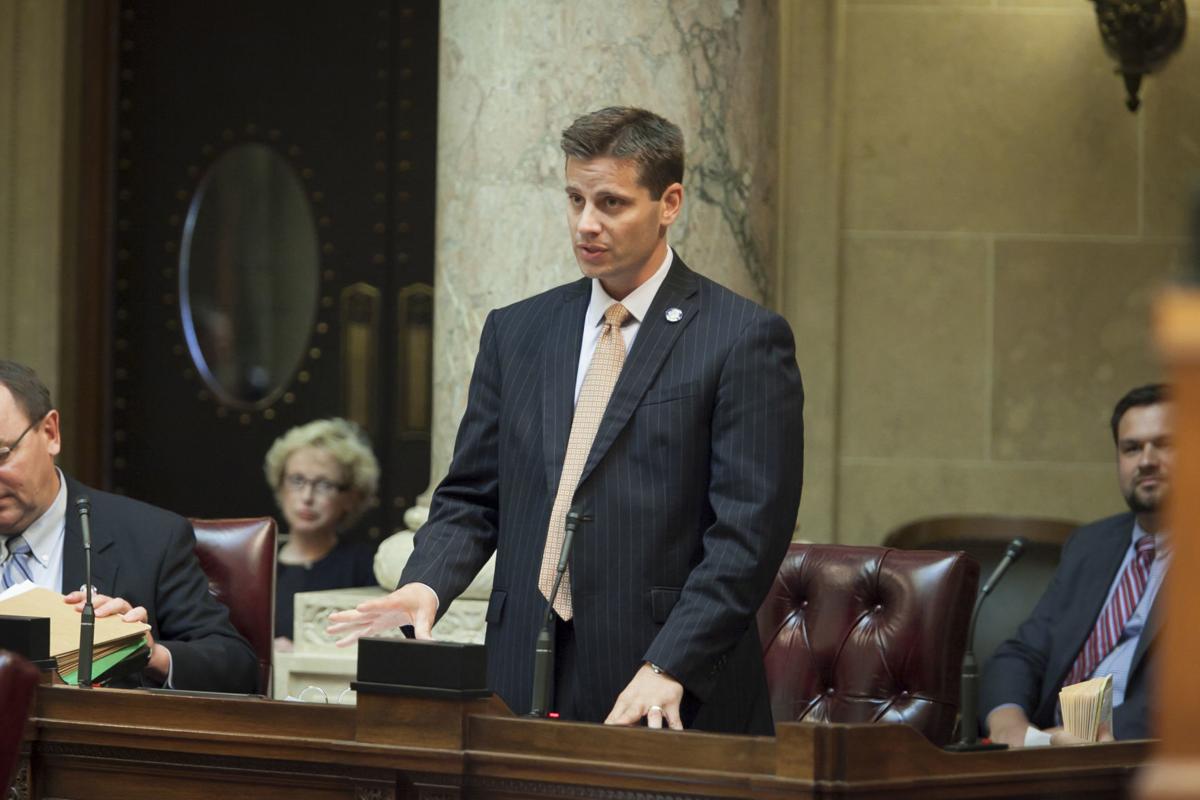 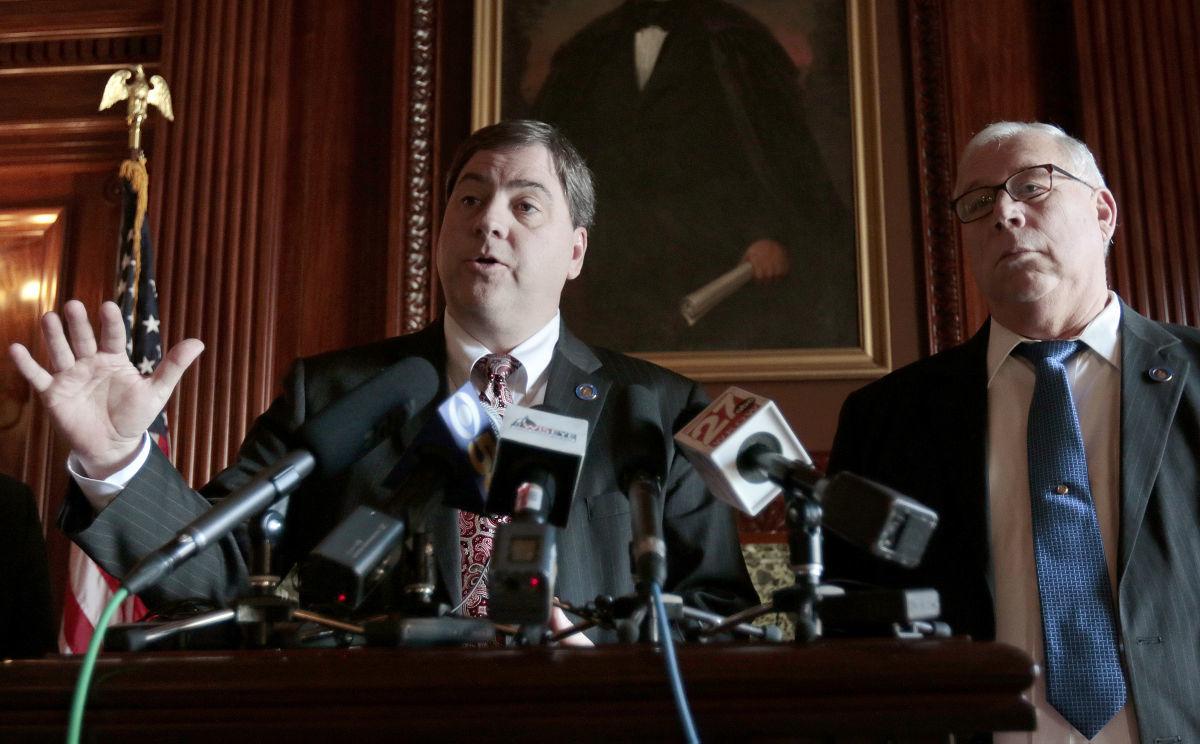