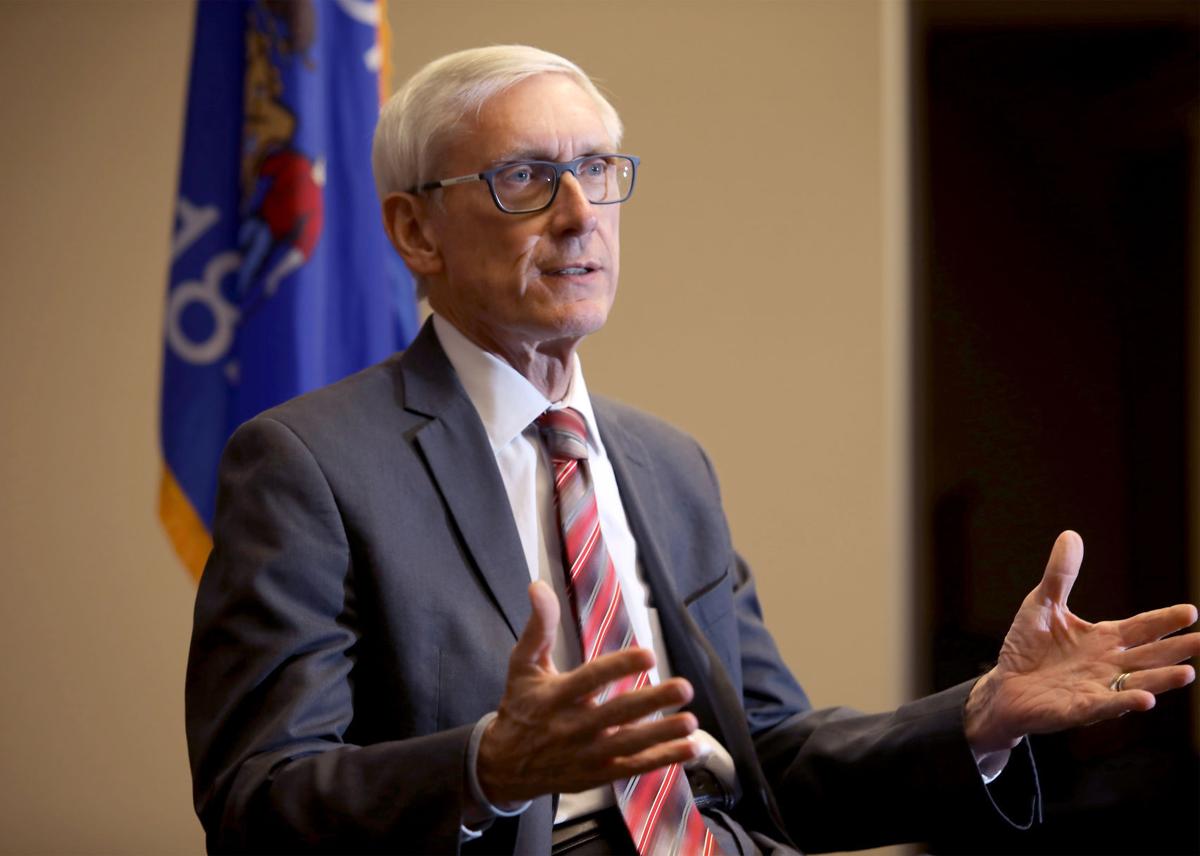 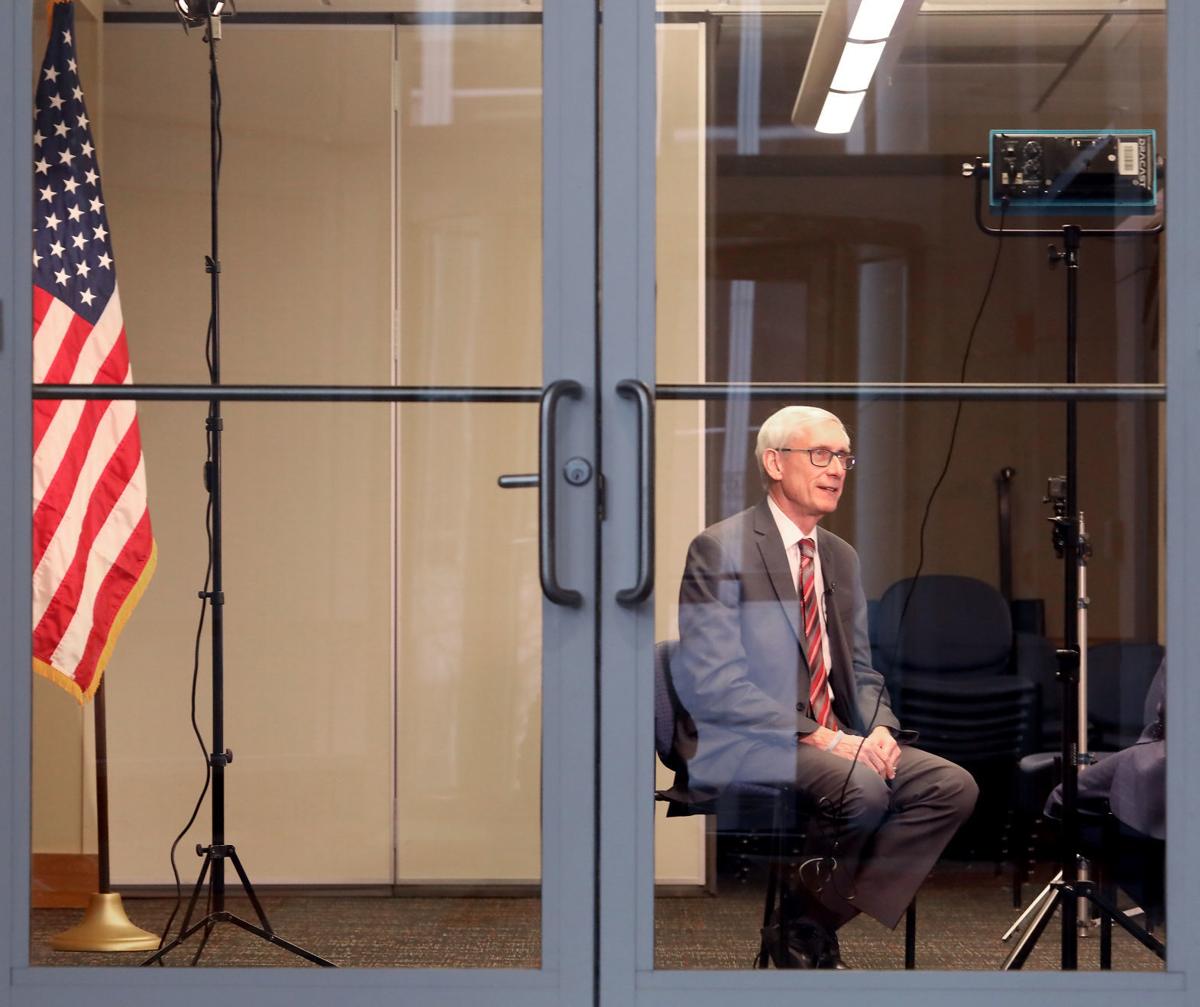 In an interview Monday with the Wisconsin State Journal, Evers discussed some parts of the budget he plans to unveil in late February. Introduction of the governor’s budget typically kick-starts debate on the state’s next two-year spending plan.

But Evers gave few details on many areas of his forthcoming budget, including transportation funding, an issue on which he campaigned to address.

Evers said he expects his budget will include two key tax proposals on which he campaigned: A 10 percent income tax cut for the middle class, and rolling back a state tax credit for manufacturers and farmers by capping it at $300,000 a year.

He said he expects the budget will include no additional “major” tax cuts Asked if he foresees any other tax increases in the budget other than reducing the manufacturing/ag tax credit, Evers said “no.”

But Evers spokeswoman Britt Cudaback, asked Wednesday about Evers’ comments, said an increase to the state’s 32.9 cent-per-gallon fuel tax could be included in his budget after all. Evers repeatedly said during the campaign that he is open to increasing the fuel tax to fund road, bridge and transit projects.

Evers said his budget will have funds to offset the cost to continue, for another two years, the University of Wisconsin System tuition freeze for in-state students. He declined to say if the budget would include any additional state support for state colleges or universities.

Evers said the budget may include a measure intended to advance his goal, stated during the campaign, of halving the state’s prison population.

“People understand how important it is that we do something different than just incarcerate people,” Evers said. “We need to make sure that people have an opportunity — nonviolent offenders have the opportunity — to get back with their families and be productive citizens. I think we’re in a good place to start that conversation.”

Evers also cited — and joked about — the breadth of the coalition of advocacy for criminal justice reform, which he said includes former Gov. Tommy Thompson and reality TV star Kim Kardashian.

“I guess we could bring (Kardashian) in — her and Tommy Thompson could solve this problem,” Evers quipped.

No decision on bargaining

Evers so far has announced more than 10 of his key appointments, including several Cabinet secretaries. He said he expects all his Cabinet appointments to be unveiled by the end of this week. On Wednesday, Evers’ transition team said he will announce more Cabinet picks Thursday.

Evers, asked if he will propose restoring any collective bargaining rights curtailed under outgoing Gov. Scott Walker, said “that’s part of the budget we haven’t made any determinations on.”

Legislation would be needed to unravel some of Walker’s biggest collective bargaining changes, such as the Act 10 law for public workers or the so-called “right to work” law for private-sector workers. But in a nod to the improbability of passing such a change through the GOP Legislature, Evers said he has considered non-legislative moves such as hiring Cabinet secretaries “that value input of employees.”

“We have very talented people; I think they feel their value has been limited,” Evers said. “So having opportunities for new leadership in these agencies to lift up their voice, I think it’s critically important.”

Evers repeatedly declined to say what his budget will do about his campaign pledge “to implement a sustainable, long-term fix for how we fund our roads.” He said only that such a funding fix will be part of his budget.

He also declined, in the interview, to rule out including any leading options for doing so, such as increasing gas taxes, vehicle fees or collecting highway tolls.

Evers’ pick to lead the Wisconsin Department of Transportation, advocate and lobbyist Craig Thompson, has generated pushback from some Senate Republicans because Thompson has pushed for boosting revenues for roads. That’s something that likely would be accomplished by increasing gas taxes or vehicle fees or collecting highway tolls, issues that divide legislative Republicans.

Evers said he is not heeding Senate Majority Leader Scott Fitzgerald’s suggestion that he reconsider appointing Thompson, who must be confirmed by a majority vote of the Senate.

“We have announced a transportation secretary who has worked both sides of the aisle; who knows the issues. He’s going to bring people together,” Evers said.

Asked if he’ll propose to legalize medical marijuana, Evers was noncommittal, saying only that “it’s possible,” though probably not through his budget proposal.

Evers also said he doesn’t expect to be involved in mounting any legal challenges to a controversial slate of laws enacted by GOP lawmakers and signed by Walker in a recent lame-duck session because, as the new governor, he expects to be named as a defendant in challenges to the laws filed by others.

An Evers spokeswoman said Wednesday that there’s a potential for legal wrangling over the extent to which the laws affect Evers’ authority. But spokeswoman Carrie Lynch said Evers intends to comply with key provisions of the lame-duck laws curbing his authority, such as barring him from initially appointing the CEO of the state’s economic-development agency or from ordering the state attorney general to withdraw the state from certain litigation such as the multi-state legal challenge to the Obamacare federal law.

Evers declined to say how, or how much, his budget would propose to increase the state’s minimum wage, which now is as low as permitted under federal law: $7.25 an hour. He said only “there will be a clear pathway found in the budget to get to” an increase.

During the campaign Evers supported a gradual increase to a $15 minimum wage. He told the State Journal editorial board in October that he’s open to exceptions to a $15 wage in rural areas and for teenage workers.

Such a plan likely would meet with opposition from the Republican-controlled Legislature, which has resisted minimum-wage hikes embraced in neighboring states.

Of the states bordering Wisconsin, only Iowa has a $7.25 minimum wage. Illinois’ minimum is $8.25 an hour, Michigan’s is $9.25 and Minnesota’s is $9.65 for large employers and $7.87 for small ones, according to the National Conference of State Legislatures.

Evers has said he will propose to dissolve Walker’s economic-development agency, Wisconsin Economic Development Corp. But he told the website WisPolitics that he does not intend to include that proposal in his budget.

The Associated Press reported Evers said he is open to granting pardons, a power given to the governor under the state Constitution that Walker never used.

Fitzgerald issued a statement late Wednesday calling Evers’ plans for WEDC “encouraging.” But Fitzgerald said he’s “deeply concerned” with the plan to roll back the tax credit for high-earning manufacturers and farmers.

“With Republican leadership in the Legislature, our state’s tax burden is at a 50-year low — we will continue in our commitment to keeping taxes low for hard-working families and making sure that Wisconsin stays open for business,” Fitzgerald said.

After eight years in office, Walker never fulfilled his campaign promise to balance the state budget using the GAAP method.

Carolyn Stanford Taylor will hold the position until April 2021, the end of the term to which Evers was elected.

The governor-elect said his inauguration message will focus on hope for the future and bridging the partisan divide.

Evers said he will seek to keep his pledge to withdraw Wisconsin from a multi-state lawsuit to overturn the federal Affordable Care Act.

Republican lawmakers stripped Evers of the power to direct Kaul to withdraw from the lawsuit.

The governor addressed the Wisconsin Technology Council board of directors in Madison on Tuesday.