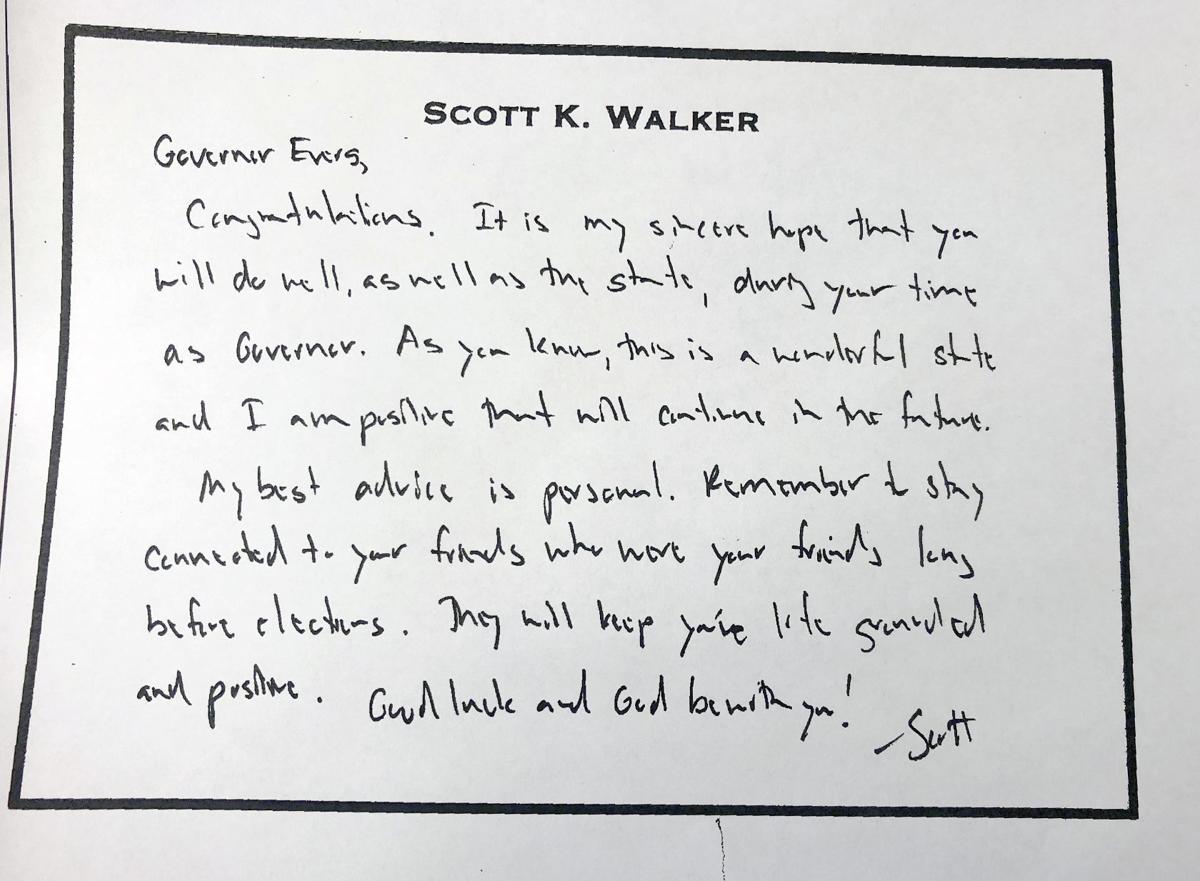 This March 4, 2019 photo shows a hand-written note that former Wisconsin Gov. Scott Walker left for his successor, Tony Evers just before he left office in January. Evers on Monday released the note after initially refusing an Associated Press open records request for the document. 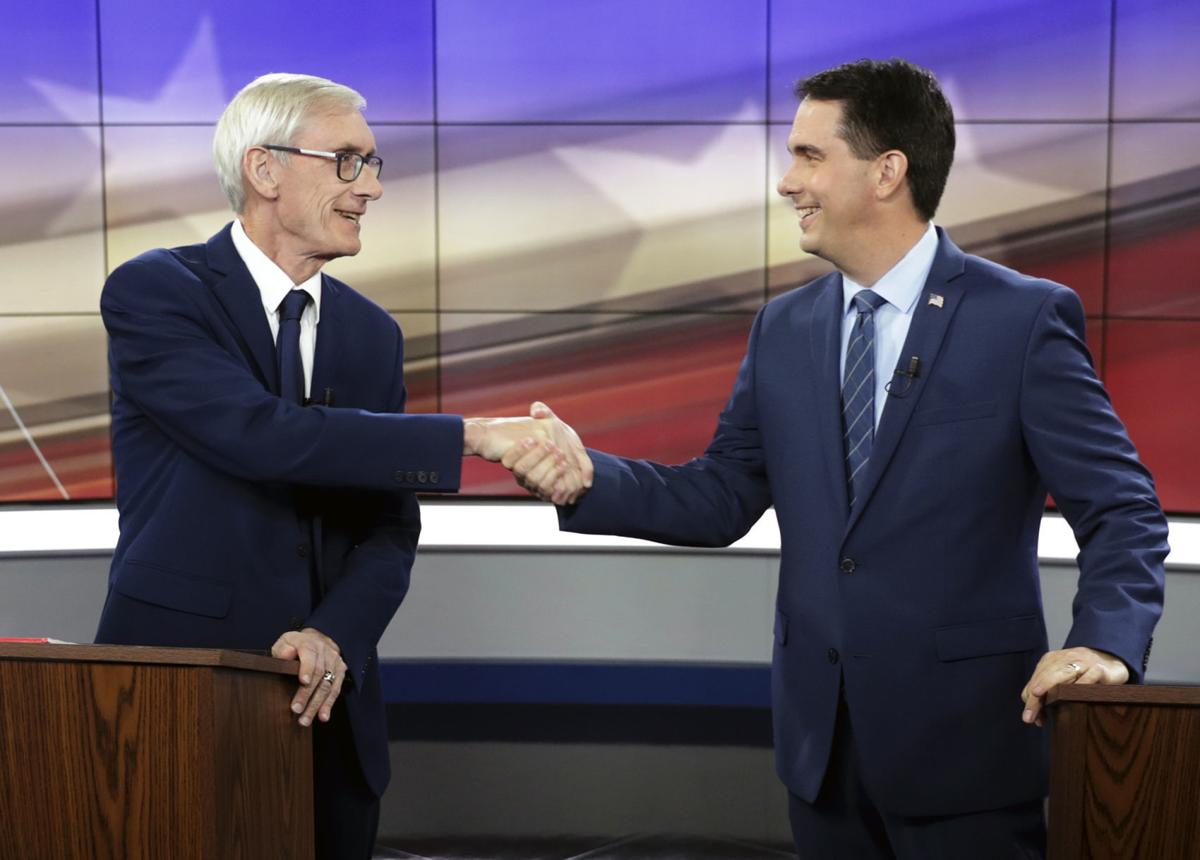 Gov. Tony Evers on Monday released a handwritten note given to him by former Gov. Scott Walker just before he left office in January, after initially refusing an Associated Press open records request for the document.

Evers released it hours after the AP published a story about his denial and asked that he reconsider. Evers rejected the initial open records request, saying that the letter was “purely personal” and therefore not subject to the open records law.

“However, we appreciate the public’s interest in knowing about correspondence between governors, regardless of the nature of the messages,” the governor’s spokeswoman Melissa Baldauff said in a follow-up message that included the letter.

In the brief two-paragraph note, Walker, a Republican, congratulates Evers, a Democrat, on his victory.

“It is my sincere hope that you will do well, as well as the state, during your time as governor,” Walker wrote. “As you know, this is a wonderful state and I am positive that will continue in the future.”

He goes on to say, “My best advice is personal. Remember to stay connected to your friends who were your friends long before elections. They will keep your life grounded and positive. Good luck and God be with you!”

Walker told AP in a January interview three days before he left office that in the note he summarized “some pretty good sound personal advice” he got from other governors when he took office in 2011.

Walker said then that he didn’t want to “broadcast” details of the note.

“I’ll leave that advice for him and me,” Walker said. “It’s all positive.”

The AP filed an open records request with Evers for the letter on Jan. 11, one week into his term as governor.

Evers’ assistant legal counsel Erin Deeley denied the AP request on Friday. Evers provided the letter less than five hours after AP asked him to reconsider Monday, and three hours after the story about his denial was published.

Wisconsin Freedom of Information Council president Bill Lueders, who initially said Evers should be ashamed for not making the letter public, praised his reversal.

“It’s good that Tony Evers and his staff have recognized that the law is supposed to be interpreted in a way that provides maximum transparency,” Lueders said. “I am hopeful that he will keep it up.”

Evers, as justification for the initial rejection, cited a 2010 Wisconsin Supreme Court decision that said private emails are not “records” subject to Wisconsin’s open records law. The 5-2 ruling dealt with a request for emails made by a citizen to teachers within the Wisconsin Rapids School District.

The court ruled that personal emails from the teachers were outside the scope of the state open records law, even though they were sent using government email systems on government computers during work hours.

Essentially, the court said that government emails are subject to the open records law while private ones are not.

Lueders said Evers’ relying on that ruling to deny releasing the letter from Walker was an over-application of that decision. The Supreme Court was dealing with personal communications involving low-level employees, not a message written by one elected official and received by another, he said.

Evers was state superintendent of schools at the time Walker, who was still governor, wrote the letter.

The report from the Milwaukee-based Wisconsin Institute for Law and Liberty alleges Evers has fallen short in maintaining a commitment to transparency.

This March 4, 2019 photo shows a hand-written note that former Wisconsin Gov. Scott Walker left for his successor, Tony Evers just before he left office in January. Evers on Monday released the note after initially refusing an Associated Press open records request for the document.