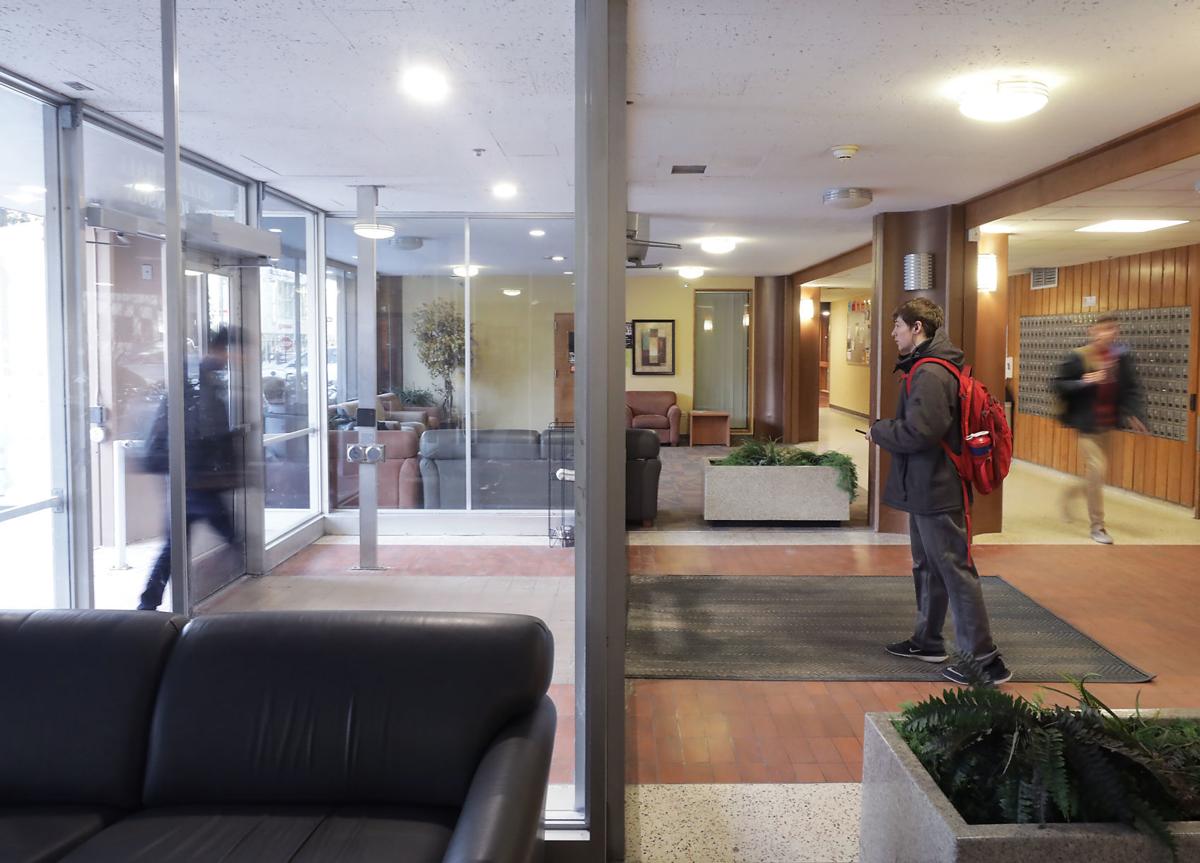 Included in Gov. Tony Evers' $2.5 billion capital budget is a proposed renovation and addition to the Sellery Hall student residence at UW-Madison, which would reconfigure the main entrance to the building, enhancing security and accessibility for students. 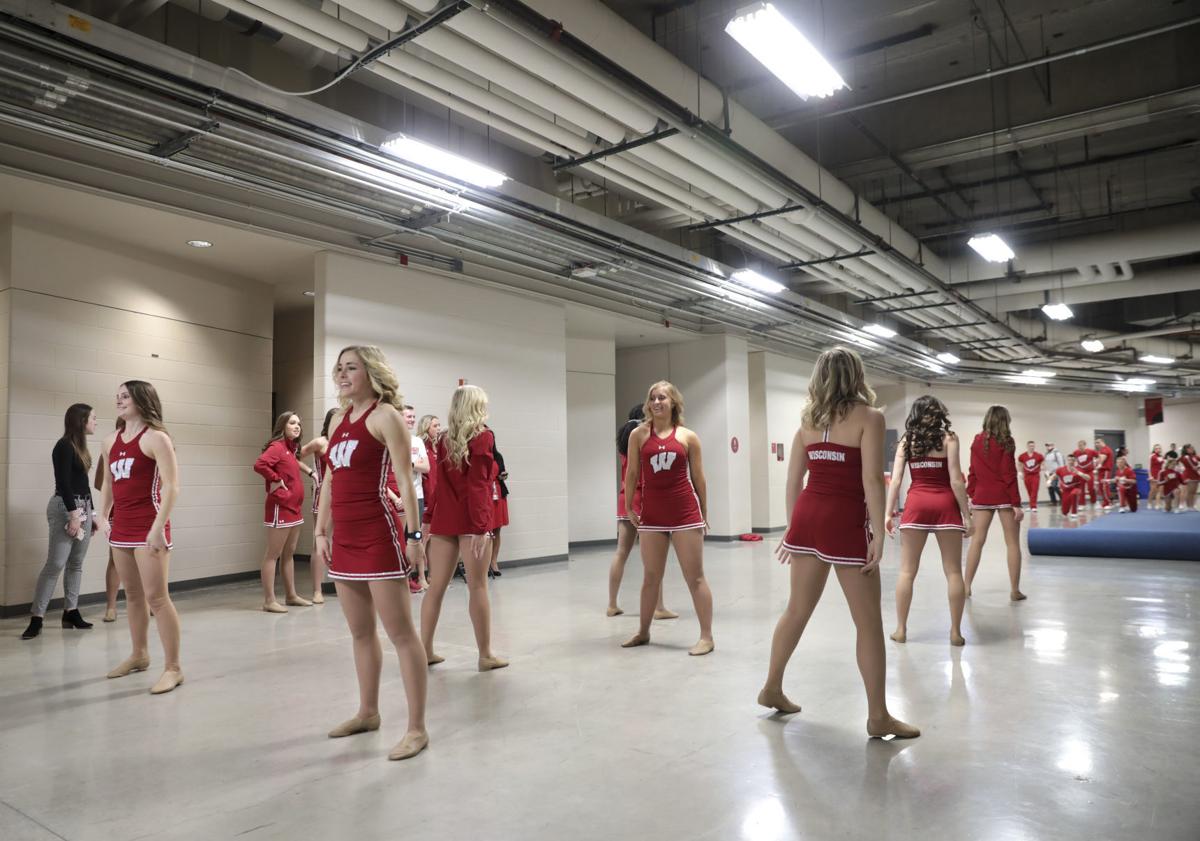 Democratic Gov. Tony Evers has requested more than $2.5 billion in his two-year building projects capital budget, with close to half of the proposed money going to upgrades and renovations at University of Wisconsin System facilities.

The 2019-21 capital request is about three times larger than the $803 million requested by former Republican Gov. Scott Walker in his 2017-19 capital budget request.

About $2 billion of Evers’ request would come from state taxpayer-supported borrowing.

State agencies submitted about $3.4 billion in requests last fall to address a growing backlog of deferred maintenance that Evers said was caused by a lack of funding in recent budgets.

Evers’ proposal must pass both the State Building Commission, which meets March 20, and the Legislature’s budget-writing committee, which is controlled by Republicans.

“At a first glance, the level of spending and bonding is alarming — even after the massive tax increases and spending hikes the governor put forward in his biennial budget,” Senate Majority Leader Scott Fitzgerald, R-Juneau, said in a statement. “We’ll continue to review the capital budget proposal and discuss it as a caucus moving forward, but Senate Republicans are committed to protecting hard-working Wisconsin taxpayers.”

Nearly $1.1 billion would go to the UW System, nearly $900 million of which would be funded through new borrowing. That’s about half of what UW System officials requested in August.

Major university projects proposed for construction through state-funded borrowing include: a $129 million chemistry building at UW-Milwaukee, $83 million for the second phase of a science center at UW-La Crosse, $38 million for UW System-wide classroom renovations and technology upgrades and $35 million for System-wide utility improvements.

UW-Madison’s veterinary medicine teaching hospital, the only one in the state, was built to accommodate about 12,000 patient visits each year, but school numbers recorded about 26,800 visits in the most recent fiscal year. Evers proposes the state fund about two-thirds of a $128 million expansion and renovation of the school and hospital that would finish by January 2025.

“Our challenges are significant as we seek to update antiquated buildings and systems to ensure the safe and modern learning environment students expect,” UW System President Ray Cross said in a statement applauding Evers’ proposal.

About $393 million in university projects would be funded through program revenue borrowing, which is money accumulated through sources such as student housing and parking fees. Those projects include:

Evers’ proposal for the UW System does not include a student health and wellness center for UW-Stevens Point or a new residence hall at UW-La Crosse, which the System included in its request last summer.

Evers requested $572 million for maintenance of state-owned buildings, many of which were built decades ago and are breaking down with increasing frequency and unpredictability. About $300 million of that would be directed toward the UW System, which is the largest owner of physical space in state government with more than 1,800 buildings.

At UW-Eau Claire, $109 million in state-funded borrowing would go toward the first phase of a new science and health sciences building to eventually replace Phillips Hall, a 1960s-era building where 34 percent of the university’s academic work orders are directed.

“I refer to (Phillips) as our Frankenstein building,” UW-Eau Claire Chancellor Jim Schmidt said. “It’s made up of many spare parts. We literally have duct tape holding things together. It’s a real need.”

About $873 million would go toward construction across all other agencies outside of the UW System.

The budget request includes full funding to revamp the state’s juvenile correctional facilities, providing $115 million to build as many as three state-run juvenile detention centers that will partially replace the embattled Lincoln Hills youth prison when it eventually closes.

Evers’ proposal fulfills most of the Department of Corrections’ requests to add space at its facilities; however, the governor rejected a $40 million request to build an 800-bed housing unit at the Robert Ellsworth Correctional Center, a women’s prison in Racine County.

Evers called for $21.6 million in repairs and improvements at state parks, ranger stations, fisheries and other facilities.

The governor recommended $18.5 million in improvements at state veterans homes, but he wants to defer Department of Veterans Affairs requests for a new $39 million veterans home in southwest Wisconsin, a new $6.5 million assisted-living facility at King, and $7.7 million in repairs of flooring and ceiling material in two nursing home buildings at King that the department said pose potential safety hazards. The department will seek federal funding for the projects.

The capital budget includes $100 million for a new, 100,000-square-foot facility for the Wisconsin Historical Society, including $30 million to be raised privately by the society before construction begins.

Under the preferred plan, the society would demolish its existing museum on Capitol Square and replace it with the new facility, which would more than double exhibition space, include state-of-the-art technology, and provide learning, meeting and flexible spaces.

“Wisconsin now has the opportunity to build a world-class history museum which will democratize our state and national collections,” Christian Overland, director of the historical society, said in a statement.

The state, the historical society, Hovde Properties and landowner Fred Mohs have long eyed redevelopment for part of the block that holds the current museum and surrounding properties for a new museum topped by $80 million to $120 million in private redevelopment with 200,000 to 250,000 square feet of commercial and residential space.

A proposed construction schedule would begin the museum project in November 2021 with completion in April 2023.

Evers’ budget also includes a previously announced $30 million grant to help fund a $77.4 million expansion of the Alliant Energy Center‘s Exhibition Hall that would transform the Dane County facility in the town of Madison into a “full-service convention center.”

At UW-Madison, the deferred maintenance backlog totals $1.5 billion. That figure does not include repairs to the 28 buildings that sustained damage in recent days.

In Tony Evers' 'liberal wishlist,' some potential areas for compromise

On transportation, public education, criminal justice reform and a middle-class tax cut there may be room for compromise.

A polar vortex in late January plunged local temperatures to 26 below zero followed by a rapid warming just days later, likely leading to the water damage to 28 UW-Madison buildings.

Included in Gov. Tony Evers' $2.5 billion capital budget is a proposed renovation and addition to the Sellery Hall student residence at UW-Madison, which would reconfigure the main entrance to the building, enhancing security and accessibility for students.