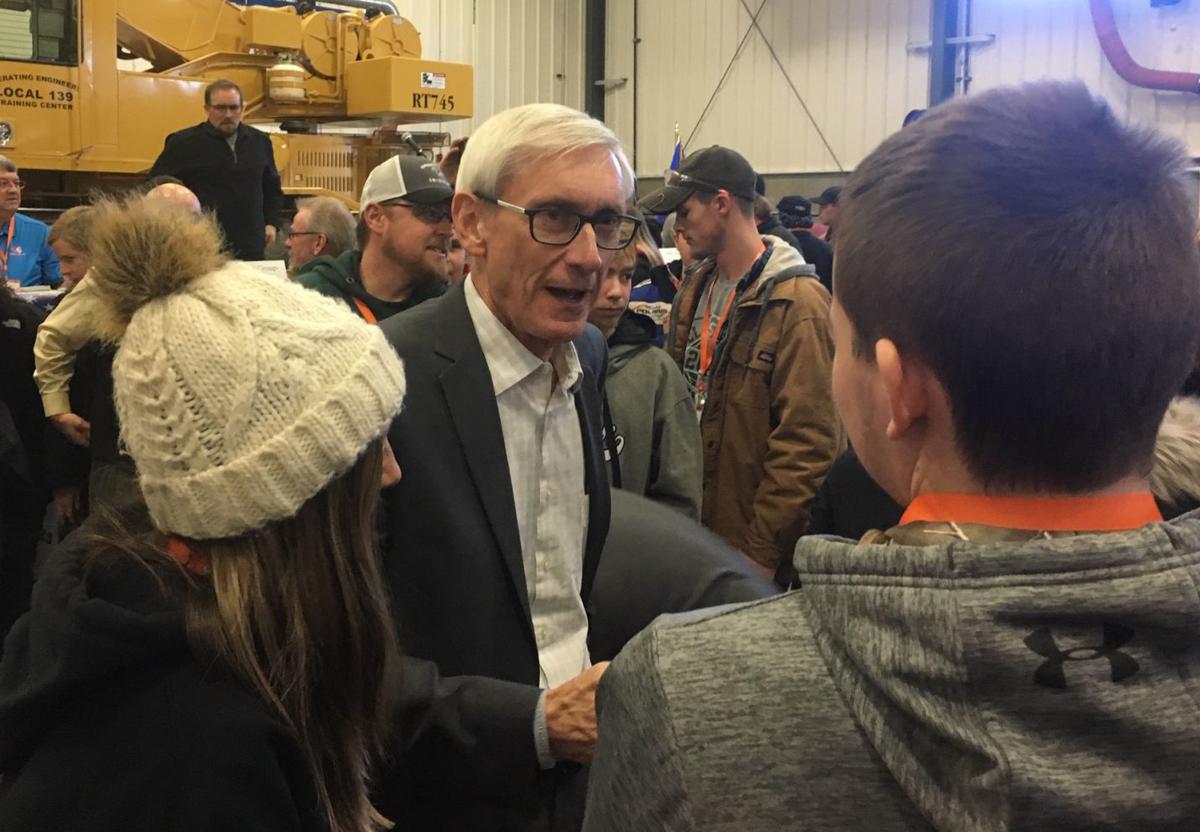 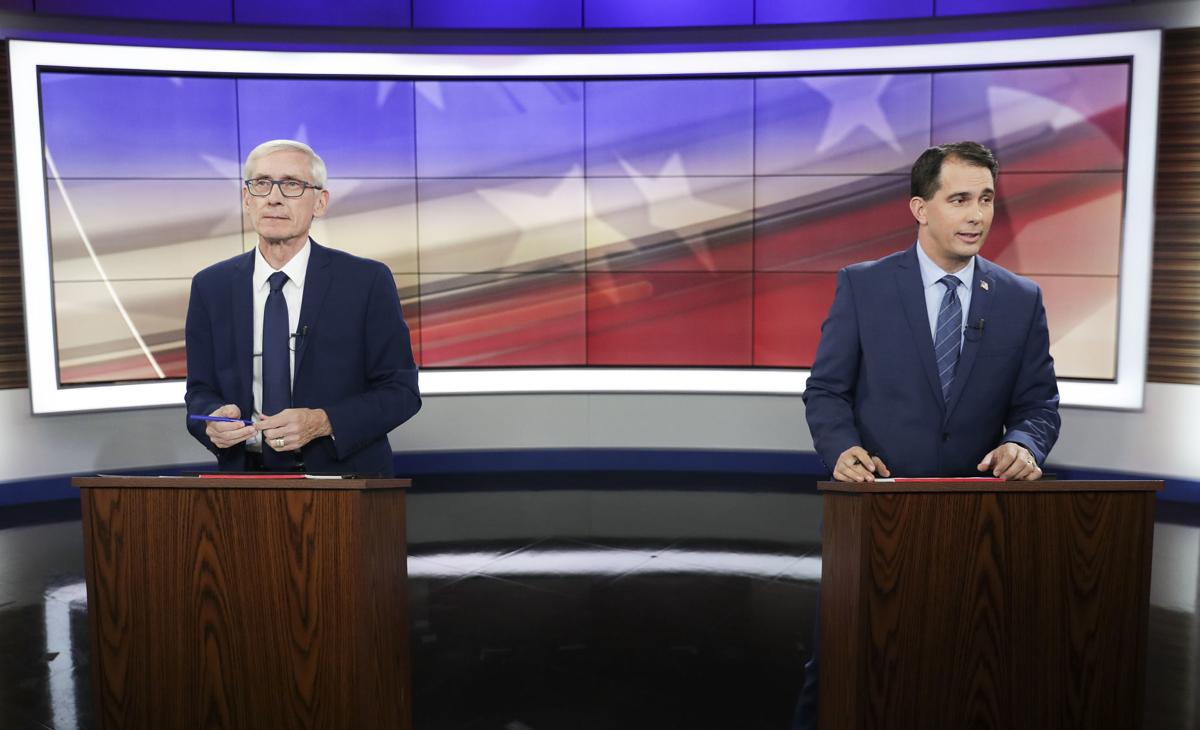 Gov.-elect Tony Evers and Gov. Scott Walker could be headed for another clash over executive power, but so far Evers won't draw a red line and Walker won't comment.

COLOMA — Gov.-elect Tony Evers said Wednesday he wants to meet with Republican legislative leaders about what changes they will make to executive power before he takes office, but he didn’t identify what steps he would consider unacceptable.

“I’m not in a position right now to say there’s a red line or a line in the sand,” Evers said. His remarks to reporters came after he spoke to hundreds of high school students considering a future in the construction trades.

Assembly Speaker Robin Vos, R-Rochester, and Senate Majority Leader Scott Fitzgerald, R-Juneau, have said they are looking at possible changes they could make in the upcoming weeks while a Republican-controlled Legislature and Gov. Scott Walker could still pass laws. One possibility is ensuring Evers can’t pull back on the state’s voter ID requirement, Vos said.

Walker, who remains governor until Evers is sworn in in January, has so far not weighed in on what he would do if a bill limiting executive power came to his desk.

Also Wednesday, Evers and Lt. Gov.-elect Mandela Barnes announced a new website for their transition — evers.wi.gov — and a communications director, Carrie Lynch, who has worked in communications for UW-Madison.

In his remarks to reporters, Evers demurred on two other pressing issues: a proposed subsidy package for paper giant Kimberly-Clark, and what changes he envisions for how the state funds roads and bridges.

Hours before Evers spoke Wednesday, the Legislature’s budget committee was considering a subsidy package of at least $100 million to retain Kimberly-Clark manufacturing jobs in the Fox Cities. Walker has championed the bill and Senate leaders have said it may come to a vote later this month.

Evers told reporters he hadn’t looked at the bill, which the Assembly passed in February. Wisconsin Public Radio reported in July that Evers said he opposed it.

Asked Wednesday if he supports large tax incentives to attract or retain jobs in Wisconsin, Evers said the state needs a “comprehensive strategy” for the paper industry and others.

“We can’t just be jumping from one company to another,” Evers said.

Committee co-chairman Rep. John Nygren, R-Marinette, who spoke in favor of the bill, called Evers’ comments about the bill “disappointing.”

But Republicans control the Legislature and are unable to find consensus in their own ranks on the bill. At Wednesday’s hearing, the bill’s Senate author, state Sen. Roger Roth, admitted he still doesn’t have the votes needed to pass it, despite the GOP’s 18-15 majority.

Evers won a narrow victory over Walker in Tuesday’s election, in part, by campaigning on finding a comprehensive fix for the state’s deteriorating roads and bridges.

Asked if he plans to offer a transportation-funding proposal, Evers said “it’s my plan to bring people together to develop that proposal, not to say, ‘Here’s my solution, let’s jump on that.’”

In a Facebook post Wednesday, Walker said he has stayed quiet since his election loss to Evers because it’s the “decent thing to do” during Evers’ transition into the governor’s office.

“At some point in the future I will talk to the press but it is only decent to let Governor-elect Evers have a week without me filling the airwaves,” Walker said.

Aside from a few nonpolitical posts on social media, Walker has stayed quiet since he was narrowly defeated by Evers in Tuesday’s election. Walker, 51, has not signaled what is next for him after leaving office in January.

In the new Facebook post, Walker wrote that he has spoken with Evers and his own staff during the week since the election. He wrote that he also attended a memorial service in Milwaukee for community leader Jack McKeithan, attended the Green Bay Packers game at Lambeau Field and helped his mother move into a new apartment.

Democratic Gov.-elect Tony Evers said he will consider appointing Republicans to his Cabinet and retaining Walker appointees as he works to as…

Gov.-elect Tony Evers and Gov. Scott Walker could be headed for another clash over executive power, but so far Evers won't draw a red line and Walker won't comment.