Please subscribe to keep reading. You can cancel at any time.
Already a subscriber?
Log in or Activate your account.
Loading&hellp
No thanks, return to homepage.
You are the owner of this html.
Edit Html
You have permission to edit this html.
Edit

New Republican Gov. Scott Walker was barely a month into his first term when he unleashed a political firestorm in Wisconsin in February 2011.

New Republican Gov. Scott Walker was barely a month into his first term when he unleashed a political firestorm in Wisconsin in February 2011. He said he planned to fix a state budget deficit by forcing higher benefit costs onto public workers and eliminating nearly all of their collective bargaining rights. Soon, an unprecedented fury rained down on the Capitol and lasted for about a month. Here's a look at what that time was like. 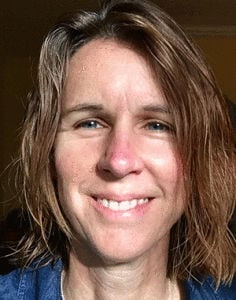 Laura Sparks is a multimedia designer for the Wisconsin State Journal.

Assessing the impact of Act 10 on Wisconsin, 5 years later

Assessing the impact of Act 10 on Wisconsin, 5 years later

5 years after Act 10: State economy putters along in the wake of budget cuts

Wisconsin's economic growth has continued to lag its neighbors and the nation in the five years since the passage of Act 10. But property taxes have flat-lined and unemployment is at its lowest level in 15 years.

Wisconsin's political fault lines existed long before Act 10, but the law that hobbled public sector unions and launched Gov. Scott Walker as a national conservative star may be most remembered years from now for bringing those fissures into high relief.

Just for YOU! Enjoy super summer savings on UNLIMITED digital.