A little over a week after 24-year-old Baber Shah Dorani arrived at Fort McCoy in western Wisconsin Sept. 1 after fleeing from Afghanistan, his teeth started to hurt.

He waited a few weeks for the pain to subside, but it got worse. In mid-October, he went to the medical clinic on base, but there was no dentist. The medical personnel gave him some ibuprofen — which he said didn’t help — and a gel that, when applied, did dull the pain, but only for about 10 minutes, Dorani said.

A few days later, Dorani went to the clinic again. Still no dentist. On the third time Wednesday, medical staff told Dorani a dentist had arrived over the weekend, but he would have to wait another 10-15 days or more before he could get the two cavities filled.

“Two of them have a big hole,” Dorani said of his teeth, noting that a third tooth aches. “(They) should be removed.”

For the last nearly two months, the roughly 13,000 Afghan evacuees staying at Fort McCoy have not had access to a dentist, interviews with several Afghan evacuees show. A single dentist arrived within the last week or so, but getting an appointment could take weeks or longer. The Wisconsin State Journal spoke with four Afghans, including Dorani, who said they’ve struggled to get dental treatment as their teeth continue to decay.

Arzo Yousofzai, an Afghan woman staying at Fort McCoy, said she has a hole in one of her teeth and can only consume liquids, not solids. On a scale from 1 to 10, she said the pain in her tooth would be a 9. When she tries to eat, the pain is a 10 or 11.

“I feel very tired because I cannot eat,” Yousofzai said. “I’m hungry all the time.”

After clothing and food shortages in September, the sluggish dental care is the latest example in a pattern of staff at Fort McCoy being “overwhelmed” by the number of evacuees they’ve been tasked with caring for, said U.S. Army combat veteran Ilene Henderson, who has Afghan friends on base.

“Their teeth are so rotten they can’t eat,” Henderson said. “This is inhumane treatment.”

Col. Matthew Fandre, Task Force McCoy surgeon, said Afghans have had access to dental care at the medical clinic — the clinic where Dorani was given ibuprofen and topical gel. Yousofzai also said the two painkillers she was given “don’t work,” and Afghans have to wait hours in line at the clinic unless they go early in the morning or late at night.

Fandre said the clinic is open 24/7 and has appointments available the same day.

“Task Force McCoy provides dental care for the acute and urgent care needs of the Afghan guests and military personnel at Fort McCoy,” Fandre said in an Oct. 12 email. “The base will be adding additional dental services to support the Afghan guests in the coming weeks.”

A Department of Defense spokesperson said Friday that additional dental care has now been added, but did not confirm whether that includes a dentist.

“Task Force Fort McCoy now has established dental capability for acute dental care to address additional dental requirements for our Afghan guests should the cases present themselves,” the spokesperson said.

Waheed, who worked as an interpreter alongside Henderson in Afghanistan, went searching for the dentist Sunday so his wife, Zahra, could get her cavity treated. Waheed asked that his family be identified by their first names only because his work helping the U.S. makes him a Taliban target.

Zahra can still eat, but she can only chew on one side. She has trouble sleeping because of the pain, and sometimes when she drinks liquids she starts to cry because of her teeth’s sensitivity to hot and cold, Waheed said.

“When’s the dentist coming here?” Waheed asked a staffer at the medical clinic Sunday afternoon. He walked into the clinic while on the phone with a State Journal reporter.

“Here? I think they’re working on getting one here,” a woman at the clinic responded. “But there is a dentist. I’ll get the building for you.”

Waheed and Zahra walked to the building with the dentist, but personnel said he needed an appointment for Zahra to get treated. He walked back to the clinic to set one up, waited roughly an hour and got an “emergency paper” for Zahra to see the dentist.

Back at the dental building, the dentist evaluated Zahra and told them that the clinic would reach out when she can come back to get the cavity filled.

Although the dentist didn’t give him a timeline, Waheed is hopeful Zahra can get treated soon, maybe within the next couple of days. But he was frustrated it took nearly three weeks of her experiencing pain and at least four trips to the medical clinic to finally see the dentist.

Fandre said “any care that cannot be provided by the medical team at Fort McCoy is obtained in the local community by health care providers.” But getting off base for treatment has been a challenge.

A 19-year-old Afghan woman, who asked not to be identified for the safety of her family back in Afghanistan, said in early October that three of her teeth hurt so badly she couldn’t sleep. She could only consume liquids.

Finally, the week of Oct. 13, she was able to go see a local dentist off base, but that was only possible because of friends off base who found a local dentist to perform the three root canals for free, said a 25-year-old Afghan woman who was helping the 19-year-old.

The 25-year-old, who also asked not to be identified to avoid putting her family in Afghanistan in danger, said she worries for those with cavities who do not have friends on the outside. She said Fort McCoy personnel aren’t getting people to the dentist fast enough.

Afghans are now being resettled throughout the U.S. “on a daily basis,” the Department of Homeland Security said, so those waiting to get their teeth fixed might not need to wait long. The could get treated by a dentist on the outside once they get resettled.

But another group of Afghans arrived at Fort McCoy Oct. 11, the Department of Homeland Security said, declining to specify how many. The 25-year-old said those who come next need access to a dentist, and shouldn’t have to ask five or six times to be seen.

“I hope there will be a dentist,” she said. “I hope they do something.”

Fort McCoy officials have confirmed another two cases of measles among Afghan evacuees, bringing the total cases since September up to nine.

A group of Madison women amassed $8,000 and dozens of fabric bolts to donate to Afghan refugees so they can make their own clothing at Fort McCoy in Wisconsin.

'It's really cold': Some Afghans still without winter coats at Fort McCoy as volunteers work to fill shortfall

“We’re starting to fill the shortfall,” said an operations associate with the nonprofit tasked with collecting clothes for the refugees. “It’s one of those things that there could be a donation that fulfills all of it tomorrow. We just don’t know.”

Khatera, who will soon resettle from Fort McCoy to UW-Milwaukee, said she risked her life to escape the Taliban because she would have had "no hope, no rights, no education, no future." 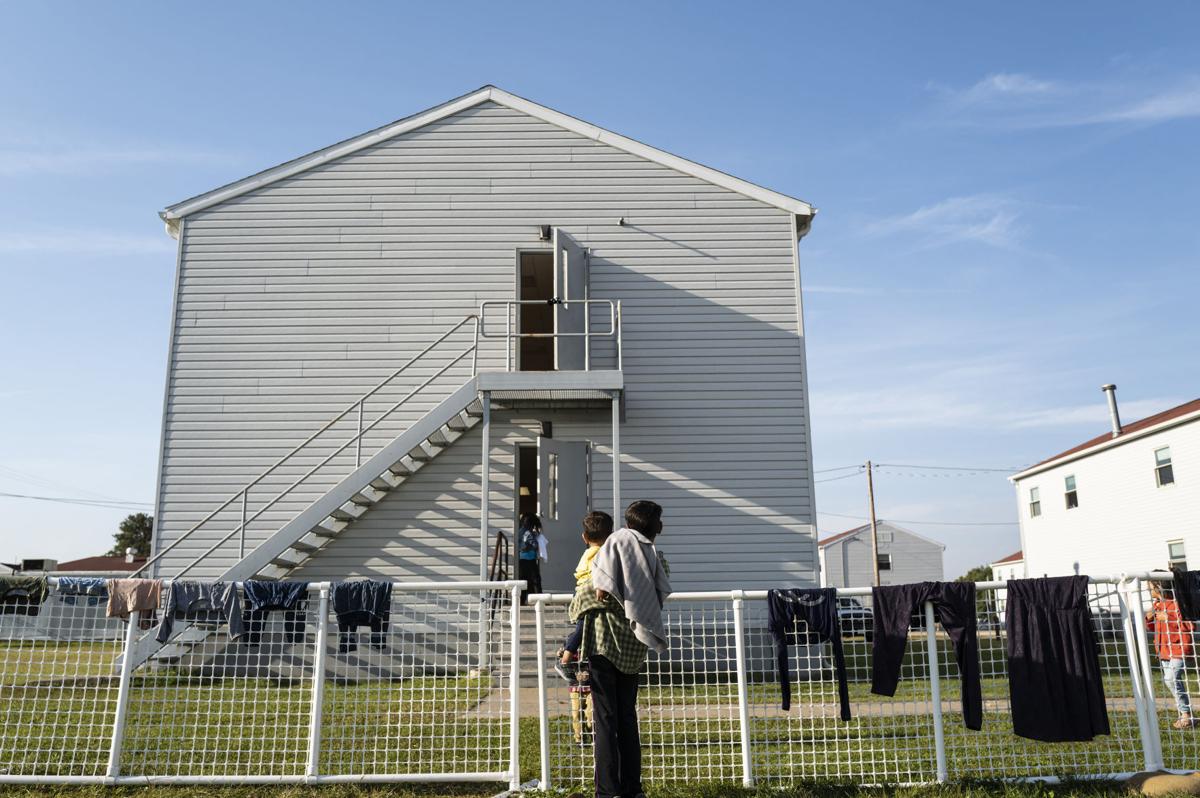 Afghan evacuees stand outside housing in the Fort McCoy military base in western Wisconsin. Some Afghans say they've had to wait weeks to get dental care. 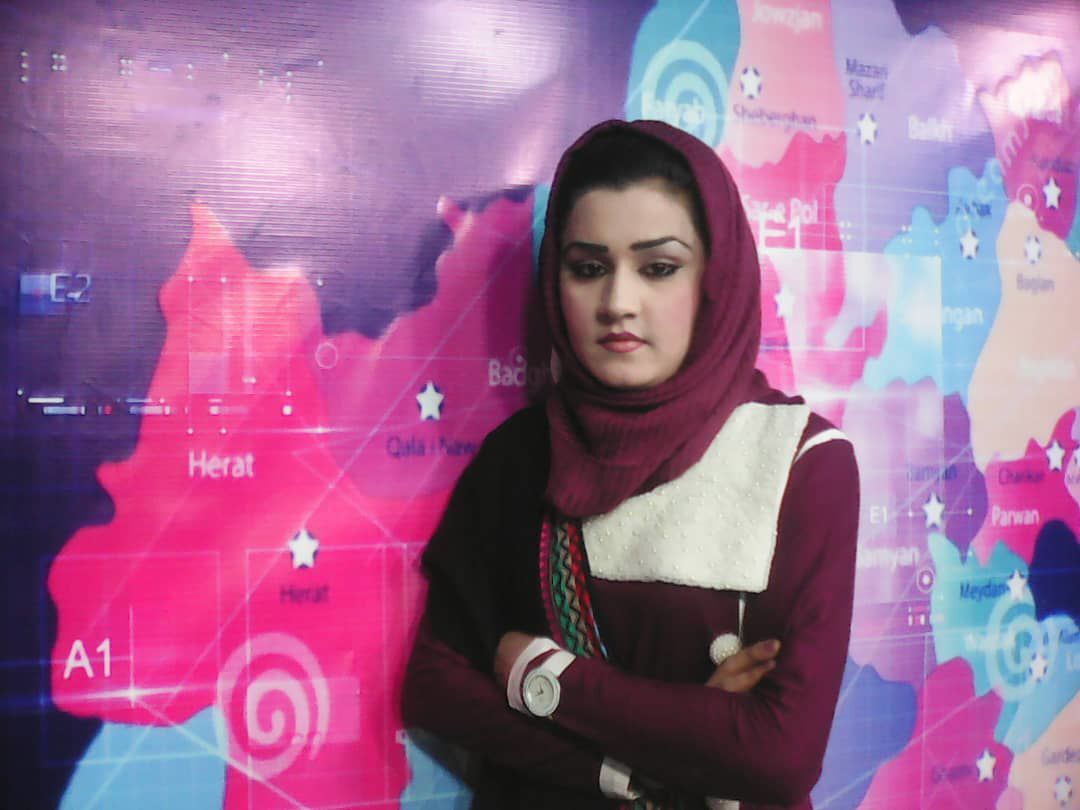 Arzo Yousofzai, 25, was a TV journalist in Afghanistan. She said the Taliban attacked and killed her co-workers. She is among Afghans staying at Fort McCoy who say they are struggling to obtain dental care. 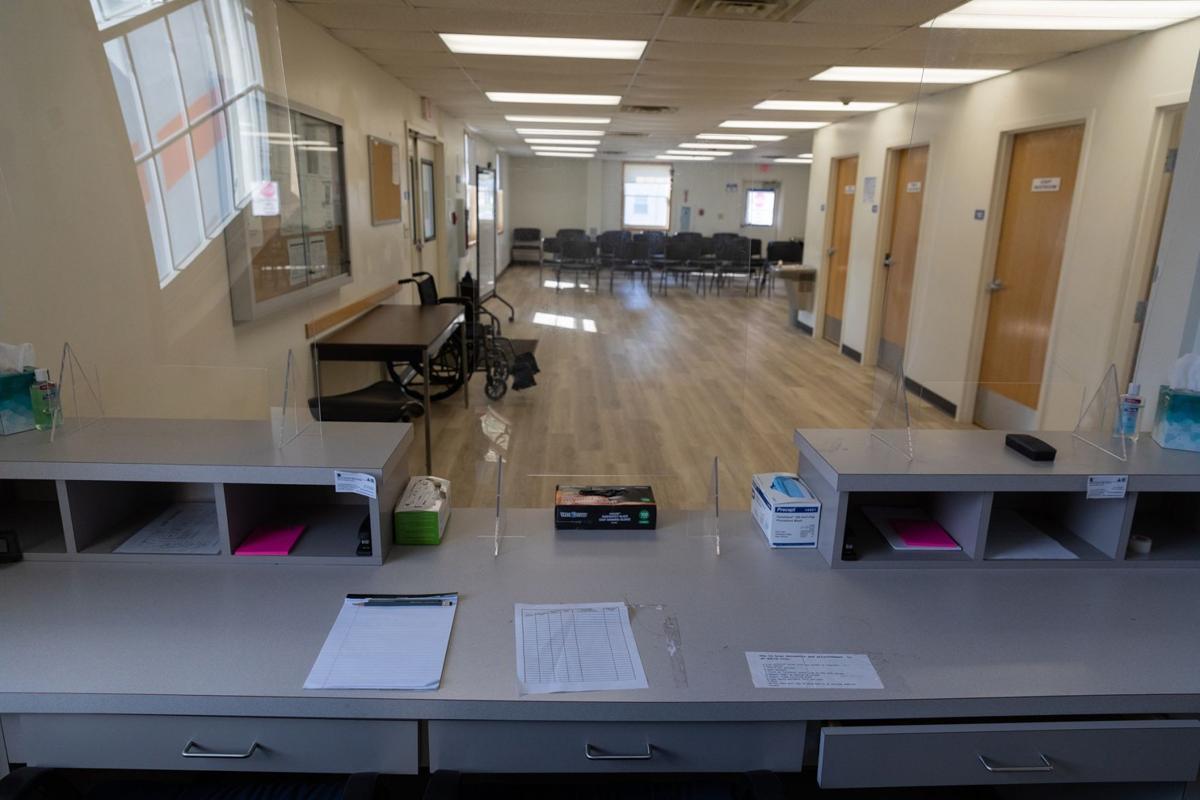