For nearly a century, a mermaid-topped fountain in Vilas Park has perched atop an overlook of Lake Wingra.

But the fountain’s water stopped flowing long ago. Wisconsin winters have severely damaged an ornately carved centerpiece sculpture. And vandals have destroyed some of the original elements of the fountain dedicated for one of the charter members of a still-in-existence Madison nonprofit.

Despite the significant state of disrepair, the Annie C. Stewart fountain has served as a backdrop for weddings, engagements, birthdays and other celebrations over the decades.

Now — after previous efforts to restore or preserve it have fallen short — the city and neighborhood residents are again reviving a conversation on the fate of the 95-year-old fountain.

“We know that to do nothing is demolition by neglect, so we have to do something,” said Karin Wolf, the city’s arts program administrator. “I’ve worked on much simpler projects where it’s like you fix it or you don’t fix it. There are a myriad of possibilities with this piece.”

The options could include a full replica of the fountain; moving the weather-prone, marble centerpiece — a mermaid holding a cornucopia next to a young boy, referred to as a “Triton,” resting on a stylized dolphin — to an indoor location; removing the fountain altogether; and other possibilities, she said.

The conversation on what to do with the fountain will consider its close proximity to an effigy mound, the topic of representation and equity in memorials and statutes, and how the city views public art in general, Wolf said.

She sees it as a discussion that goes beyond just the Greenbush neighborhood that abuts the fountain, but a deeper, community-wide one.

“We’re going to have to find ways to really engage everybody in a discussion about what legacy we want to leave,” Wolf said. “This is a legacy that our ancestors from 100 years ago left us, and our ancestors from thousands of years ago left us if you include the mounds ... They made decisions about what they wanted to tell the future about their values and their pain and their perspective. Now it’s our turn to have that discussion.”

Located where the ends of Erin and Wingra streets meet, the fountain was completed in 1925 and situated outside of the then-pedestrian entrance to the Vilas Zoo.

But the fountain and the small eastern patch of Vilas Park it’s located in have been cut off from the main area of the park, leaving it in a “bit of an obscure location,” Wolf said.

It’s named after Annie Stewart, who was a charter member of Attic Angel, a Madison nonprofit that serves the elderly and children. Mary Stewart seeded the $5,700 project with $2,000 as a memorial to her daughter, Annie, who suffered from depression and took her own life in 1905.

But as time, vandalism and unsuccessful past attempts at restoration have all left their damage, the condition of the neoclassical fountain is now in “dire shape,” Wolf said.

The centerpiece sculpture is discolored, covered in mildew and degrading. It was “ill-fated from the beginning,” Wolf said, because the sculptor — Frederick J. Clasgens — chose to carve the mermaid, Triton and dolphin out of marble, which does not hold up well unprotected in Wisconsin’s climate.

A 2017 report from a consultant concluded the base was “beyond repair” and would need to be replaced, while the marble centerpiece is “historic, should be landmarked, and must be preserved/conserved.”

The city is purchasing a cover for the fountain that will be placed over it during the winter to try to prevent further damage to the marble sculpture.

In October, an informational meeting was held on the future of the fountain, which was followed by a neighborhood meeting last month.

Going forward, Wolf said monthly meetings will be held to discuss the fate of the memorial. She wants to see the community land on a decision by spring so a planning process can begin, which could take years to implement.

Without the fate determined, the ultimate cost, or how it would be paid for, is not known. But the report from 2017 estimates it could cost between $350,000 and $425,000 to restore the fountain.

This isn’t the first time the future of the fountain has come up.

In 2002, the then-director of Vilas Zoo proposed restoring and relocating the fountain. More recently, there was a push to restore the fountain in 2017. But the effort stalled, Wolf said, after Steve Schaefer, the neighborhood resident who was the driving force behind the idea, passed away.

“There’s been several efforts throughout the years that kind of stop and start about what we should do about this fountain,” she said.

The Arts Commission will discuss the fountain at a meeting Tuesday. Wolf said residents who want to weigh in on the fountain’s future can email madisonarts@cityofmadison.com.

Jim Lorman, who serves on the parks committee for the Greenbush Neighborhood Association, said interest in the fountain has been revived because of the city’s master planning process for Vilas Park — a plan that does not specifically include the fountain.

Despite the exclusion, the association still gathered feedback on the fountain as part of a January report on what Greenbush residents wanted to see in the new master plan of the popular Vilas Park.

According to comments included in the report, some residents supported a full restoration. Others said they would like to see elements of the fountain saved but turn the space into something more useful, such as seating. Concerns were also raised about avoiding construction in the area so as not to damage the effigy mounds.

For Lorman, the fountain is a special place. The 69-year-old Greenbush resident got married in 1981 under a recently felled ash tree adjacent to the fountain.

But Lorman said his personal view on the fountain’s fate continues to evolve as he learns more about what might be salvageable or considers how any restoration project might be funded.

Lorman, who has lived in Greenbush since starting graduate school at UW-Madison in 1974, said the renewed conversation will consider the complexities of the situation, such as the fountain’s aesthetic appeal, whether it has lost significance with the entrance of the zoo having moved, and the proximity to the effigy mounds.

“There’s a lot of gray areas here,” he said. “We need to be having a dialogue and discussion about all these things, and that’s what we’re beginning right now.”

Ald. Marsha Rummel, elected to the City Council in the spring of 2007 to represent the 6th District on the Near East Side, served as council president in 2017-18.

Highs will approach 50 starting on Wednesday for southern Wisconsin, before the first storm of December moves in starting Friday, according to forecasters.

The statewide We're All Innovating Contest awarded 17 first place awards and 230 awards total, distributing $3 million in funds to reimburse some business expenses from the pandemic.

Kristy Kumar, assistant director at Brown University's Center for Students of Color, will start as manager early next year of a newly created Equity and Social Justice Division within city government. 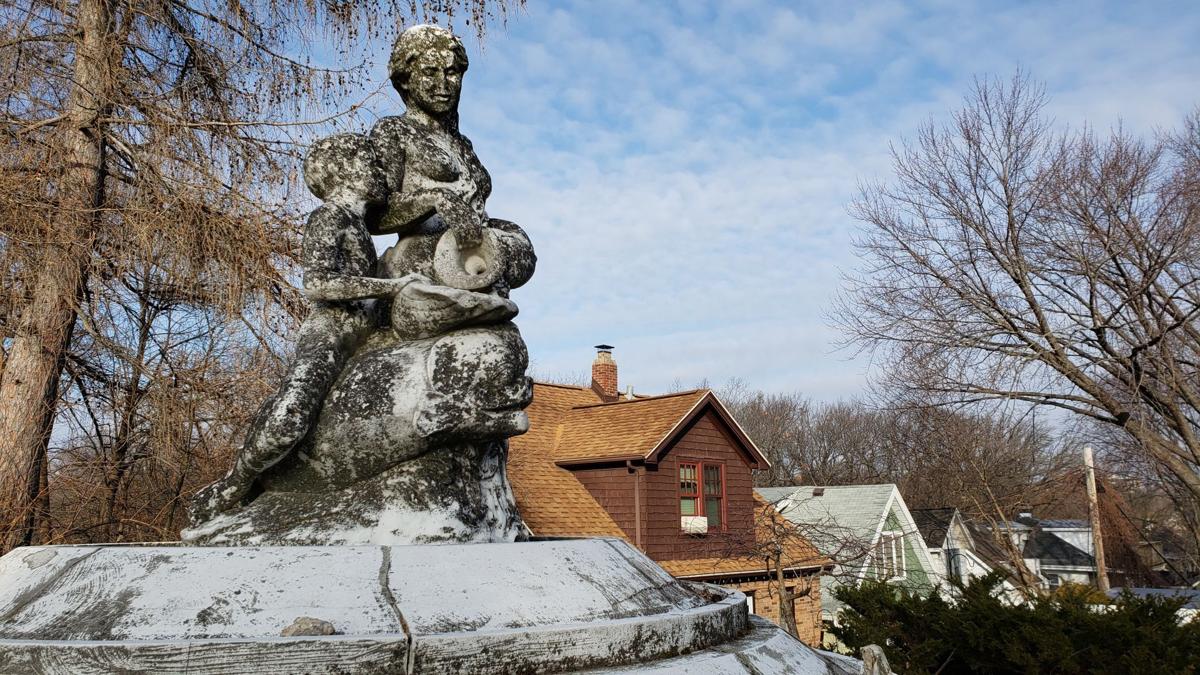 A marble sculpture of a mermaid, a young boy referred to as a "Triton," and a stylized dolphin sit atop a 1925 fountain in Vilas Park that has been badly battered by Wisconsin's weather. Talks have begun to possibly save the relic. 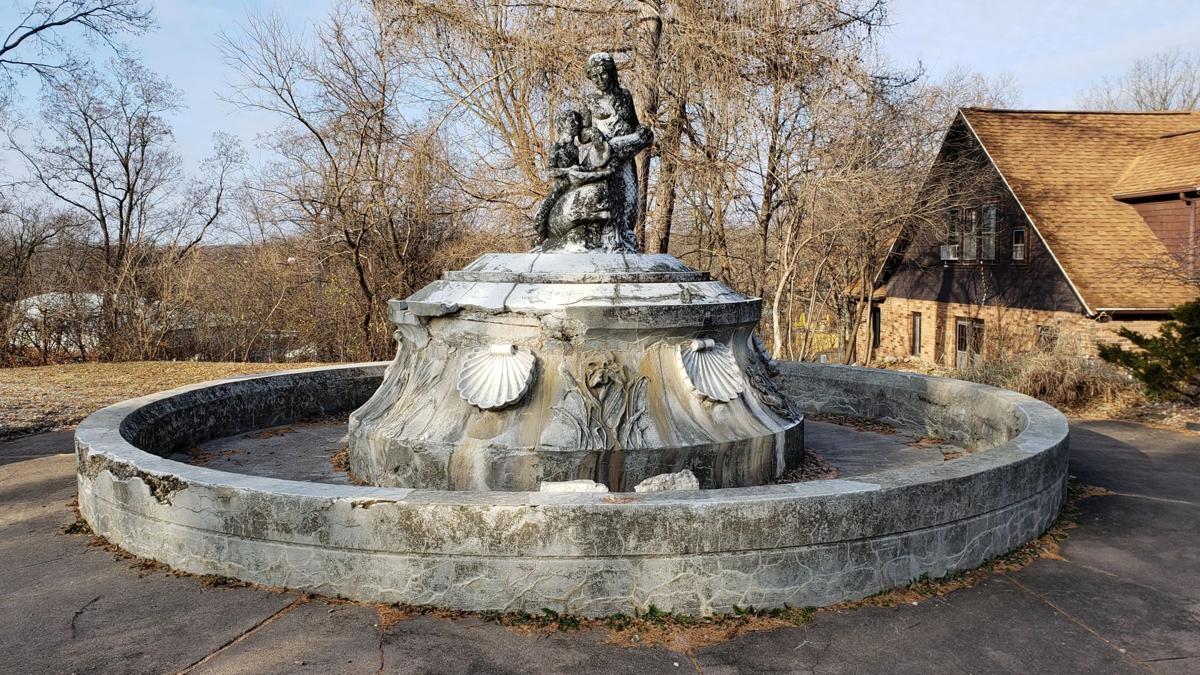 The city of Madison and residents around Vilas Park have revived a conversation about the fate of the historic Annie C. Stewart fountain, with a decision possible by spring. 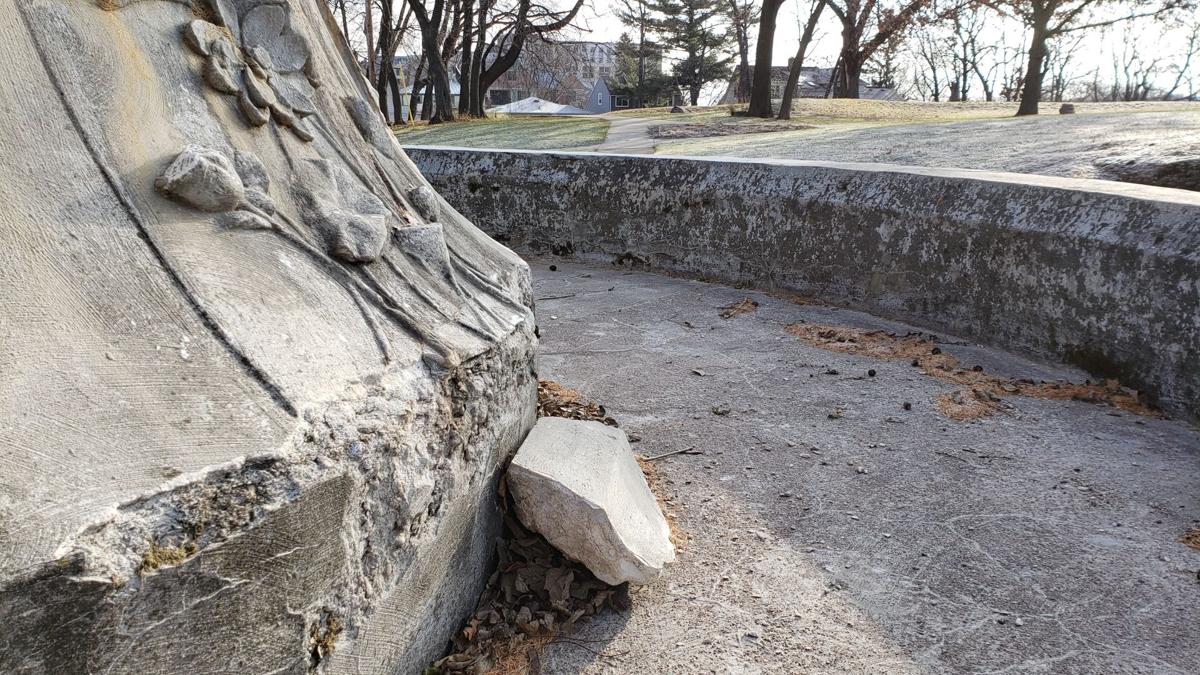 A 2017 consultant report said the base of the fountain was "beyond repair," but called for the carved marble figures at the top to be preserved.