Just a day after a gunman shot and killed five co-workers and himself at Milwaukee’s Molson Coors facility, Wisconsin Supreme Court Justice Daniel Kelly’s campaign hosted a fundraiser at a Brookfield shooting range.

Kelly and Karofsky face voters in the April 7 election for a 10-year term on the court. 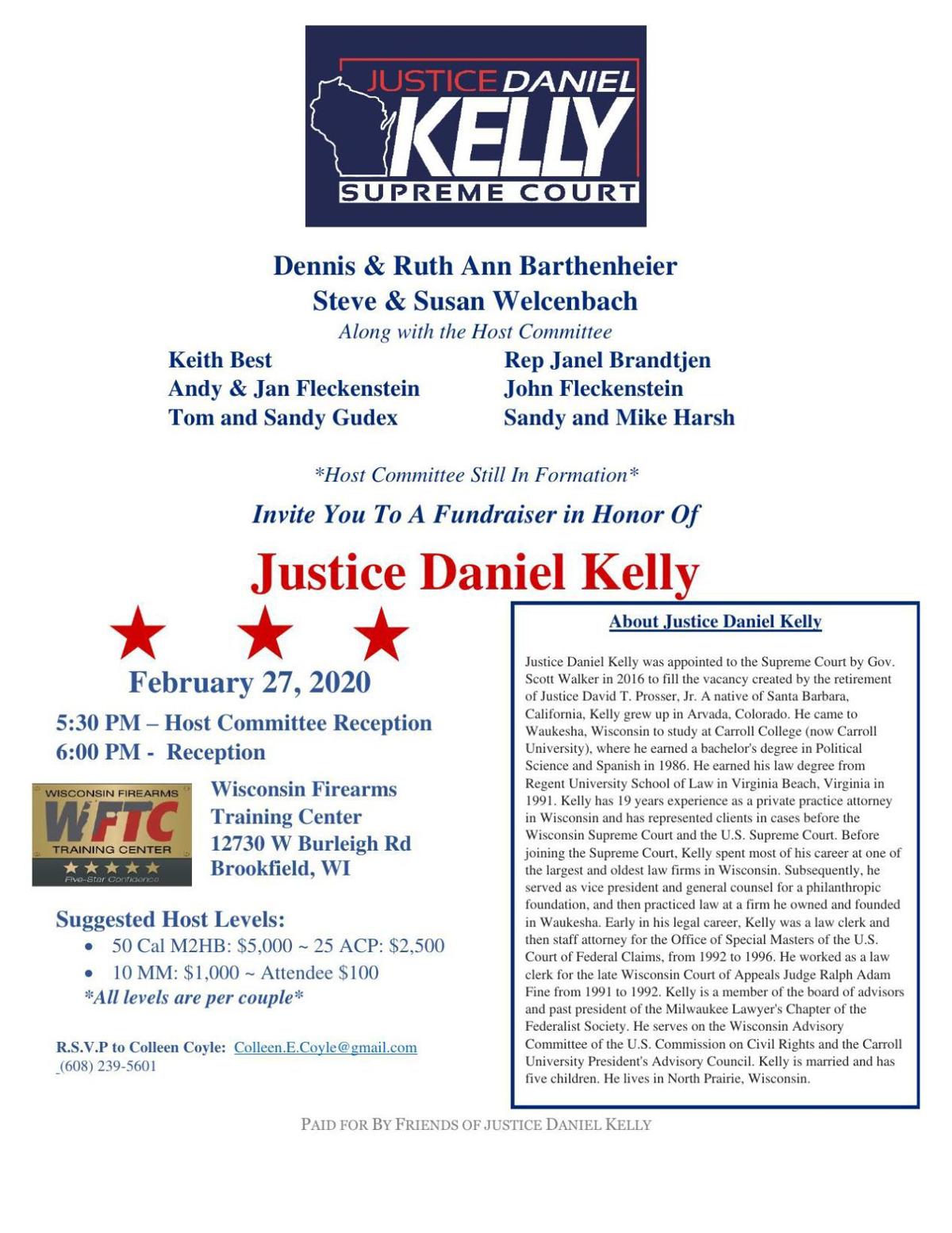 Kelly’s Feb. 27 fundraiser, first reported by the Milwaukee Journal Sentinel, was promoted by the Waukesha County GOP, which wrote in a Facebook post about the event that “every dollar counts as liberal money has begun pouring into the state to back soft on crime Madison Judge Jill Karofsky. Can you help save our courts?!”

Contributors had the opportunity to shoot and were advised to visit the range before the fundraiser to complete a background check.

A spokesman for Karofsky’s campaign declined to comment, but Democrats blasted the event.

“Dan Kelly’s decision to hold a gun-themed fundraiser just 24 hours after the shooting at Molson Coors is tasteless and disrespectful,” said Courtney Beyer, a spokeswoman for the Democratic Party of Wisconsin. “Wisconsinites want a Supreme Court justice who takes seriously the epidemic of gun violence, not an extremist political activist like Dan Kelly who’s been bought off by special interests to stand in the way of meaningful progress on gun safety reform.”

“This attempt by Jill Karofsky’s allies to exploit a horrible tragedy for their own political gain is repulsive, yet unsurprising given the way Judge Karofsky has chosen to run her entire campaign,” said Kelly campaign spokesman Charles Nichols. “Karofsky and her allies either don’t understand or don’t care that Constitutional rights are exactly that, rights — regardless of her desire to strip them away.”

Kelly is a proponent of gun rights and has received praise from Second Amendment advocates, having recently won the endorsement of the National Rifle Association Political Victory Fund. Kelly previously posted a photo on Twitter of himself with an AR-15, a semi-automatic rifle that has been used in mass shootings in the United States.

Karofsky has been criticized by conservatives for her record on guns. Karofsky has said action by lawmakers is needed to keep people safe from mass shootings. She has also said that she believes people have a right to own guns.

There were no visible signs of trauma and it will be up to the Dane County Medical Examiner’s Office to determine the cause and manner of death, police said.

An impaired van driver blew through a stop sign on the North Side on Monday afternoon, colliding with a car containing a woman and her 10-year-old daughter, Madison police reported.

Under the new law, anyone convicted of bestiality must register as a sex offender.

5 juveniles arrested after speeding against traffic in stolen car on West Side, Madison police say

Five juveniles were arrested after speeding against traffic in a stolen car on the West Side on Tuesday afternoon, Madison police reported.

COVID-19 is certainly changing the way we live and do business. It may impact the ability of Wisconsin voters to cast their ballots in person …