STOUGHTON — Big changes are being sought for the shores of the Yahara River.

Stoughton has begun planning for a project that could transform part of the river into a recreational area, including a whitewater rapid park for kayaks and canoes, several beaches and shoreline improvements.

If all goes well, construction on the river redesign could happen as soon as 2020, said Dan Glynn, the city’s parks and recreation director.

The area eyed for reconstruction starts at a dam just west of the South Fourth Street bridge and extends about 1,000 feet down river.

The city contracted Colorado-based consultant Recreation Engineering and Planning to produce a conceptual design of the potential project.

The man-made whitewater park would consist of seven “drop-pool features” on the southern bank of the river with gaps between the pools creating rapids. The pools would largely take up the city’s adjacent Riverside Park.

The feature would allow paddlers in the Stoughton Millpond to bypass the dam, go under the bridge and travel further downstream.

Estimated at $1.8 million, the project would also include terrestrial improvements to the shoreline, such as a tiered seating area, beaches, a multi-use path surrounding the area, and a pedestrian bridge over the Yahara River.

“If they’re going to do it right, which Stoughton will do it right, it’s going to be a place where people will not just use (the whitewater park), but come down and watch people use it and picnic,” said Darren Bush, the owner of Madison-based Rutabaga Paddlesports.

Glynn said the response from residents has been “overwhelmingly positive,” but noted there are concerns about potential traffic issues visitors could create.

Financing would come from the city and fundraising efforts, he said, and Stoughton has applied for a state Department of Natural Resources grant as well.

One area resident who was paddling through the millpond in a canoe Sunday afternoon said he was excited about the potential of having a whitewater park but wanted to know more about how it would impact other users, such as the many fishermen who frequent the site.

City officials began exploring the idea for a whitewater park in late 2016 when a resident told them about their experience visiting man-made rapids in Iowa, Glynn said.

On the Cedar River, Charles City, Iowa, opened a whitewater park in 2011. Bob Kloberdanz, chairman of the Park Board for the city of about 7,460 people, said the river’s redesign has created better fishing opportunities for anglers, improved access to the shoreline and resulted in a more consistent water level during low-flow times of the year.

“There was a lot of concern that we were ruining the river, and we made it better,” Kloberdanz said. Both the Charles City park and one in Manchester, Iowa, were designed by the consultant Stoughton hired.

Starting this month, a Stoughton City Council-commissioned steering committee for the project will begin meeting to discuss how to balance the needs of users such as fishermen and paddlers, along with the design of the project, Glynn said.

To make it a reality, though, the city will need to secure several approvals and permits. Based on the conceptual designs, the city would need at least five permits from the DNR, said Tanya Lourigan, a water management engineer for the DNR.

Permitting from the U.S. Army Corps of Engineers might also be necessary, Lourigan said.

Glynn said if all goes well, Stoughton could receive the various permits and approvals needed and complete final engineering in 2019 with construction taking place in the summer of 2020.

The city is working with UW Extension and UW-Madison on an economic impact analysis to determine any financial benefits for the city and surrounding businesses, Glynn said. The analysis is expected to be completed this summer.

The project area is about three blocks away from Main Street/Highway 51, which is lined with restaurants, art galleries and gift shops.

“All the ones that I’m aware of in the Upper Midwest, they’ve been very, very happy with the response,” Bush said about man-made whitewater parks.

Proposed changes to the area

As part of the conceptual design, a channel on the northern bank of the river would be filled in. The channel includes its own dam that once generated power. But that dam — and an adjacent powerhouse — are no longer used to produce electricity.

The consultant’s report, which had cost the city $23,000, suggests the local landmark-designated powerhouse could be renovated into commercial space with a terrace overlooking the end of the whitewater park section.

Matt Kojo went to the river with his son and father Sunday and was casting his line in the part of the river that could be filled in.

While he said he was supportive of the whitewater feature and other shoreline improvements, Kojo was adamantly opposed to losing an area of the river where he had already caught four Northern pike by the early afternoon.

“I’m all for positive change,” Kojo said. “But this is one of the best fishing spots in this entire town.”

Glynn said the whitewater park would be a benefit to fish as they would be able to travel upstream. The dam does not currently have a fish ladder.

If Stoughton follows through with the plans, Bush said it would be the second man-made whitewater park in Wisconsin after one in Wausau.

“That is a very technical course. That is like an Olympic-class course. What we’re talking about here is recreational. It’s more a benefit to the community in terms of just using the river,” he said. “It definitely is scaled properly for the community, and I think they would see a big advantage to it.”

Proposed change to the Yahara River

Dane County and the village of McFarland are coming together on Saturday to host the first ever Parks & Trails Unite Festival, a free community festival that features the new Lower Yahara River Trail and boardwalk bridge.

Dane County and Groundswell Conservancy have partnered to acquire a 95.5-acre plot in DeForest and 10.9-acre parcel in Waunakee for the Cherokee Marsh Natural Resource Area.

Some neighborhood residents made comments about how the development would be appropriate for Fitchburg, but not East Johnson Street.

Catching Up: Proposed whitewater park in Stoughton could create millions in spending from users

There are more than 430,000 people who kayak within a 2-hour drive of Stoughton, according to a recently completed case-study on the project. 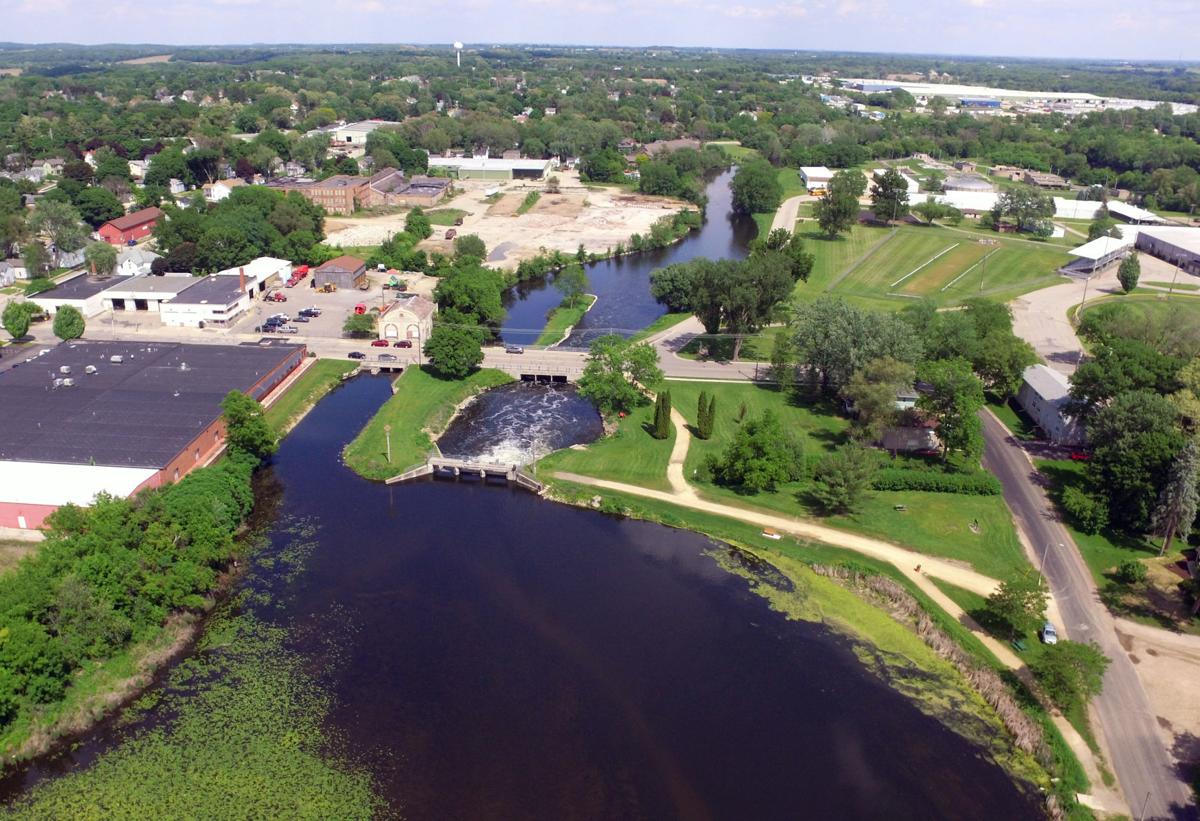 Stoughton is pursuing a redesign of the Yahara River that would include a whitewater park for paddlers. The whitewater feature would consist of a series of pools to take kayaks and canoes past a dam and under a bridge. It would largely replace Riverside Park, seen in the right foreground. 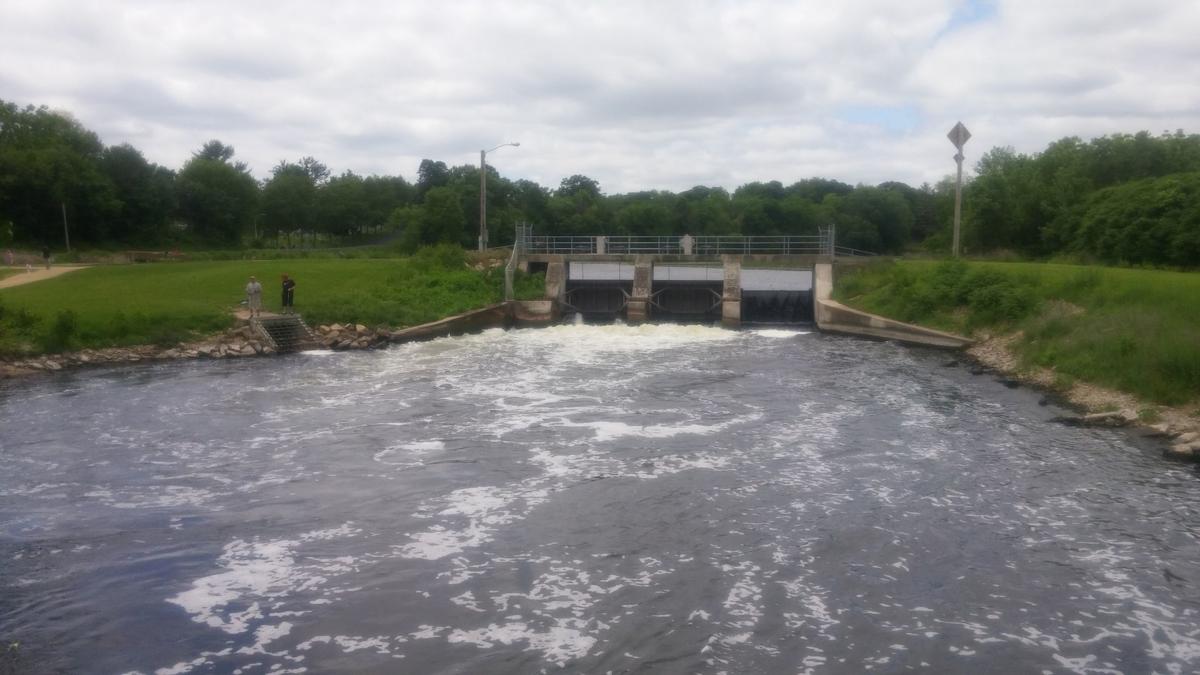 A series of "drop-pool features" would allow kayaks and canoes to bypass a dam just west of Stoughton's South Fourth Street bridge. 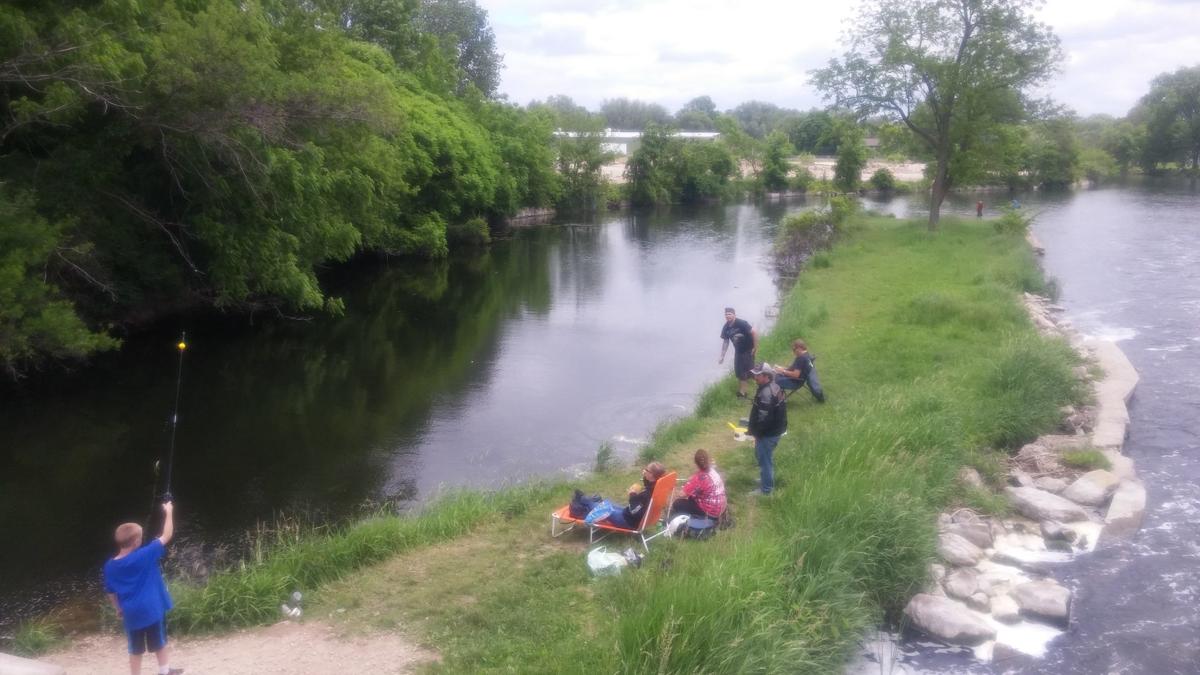 Anglers cast their lines into Yahara River on Sunday. Under the conceptual redesign plan, the northern channel, seen on the left, would be filled in. 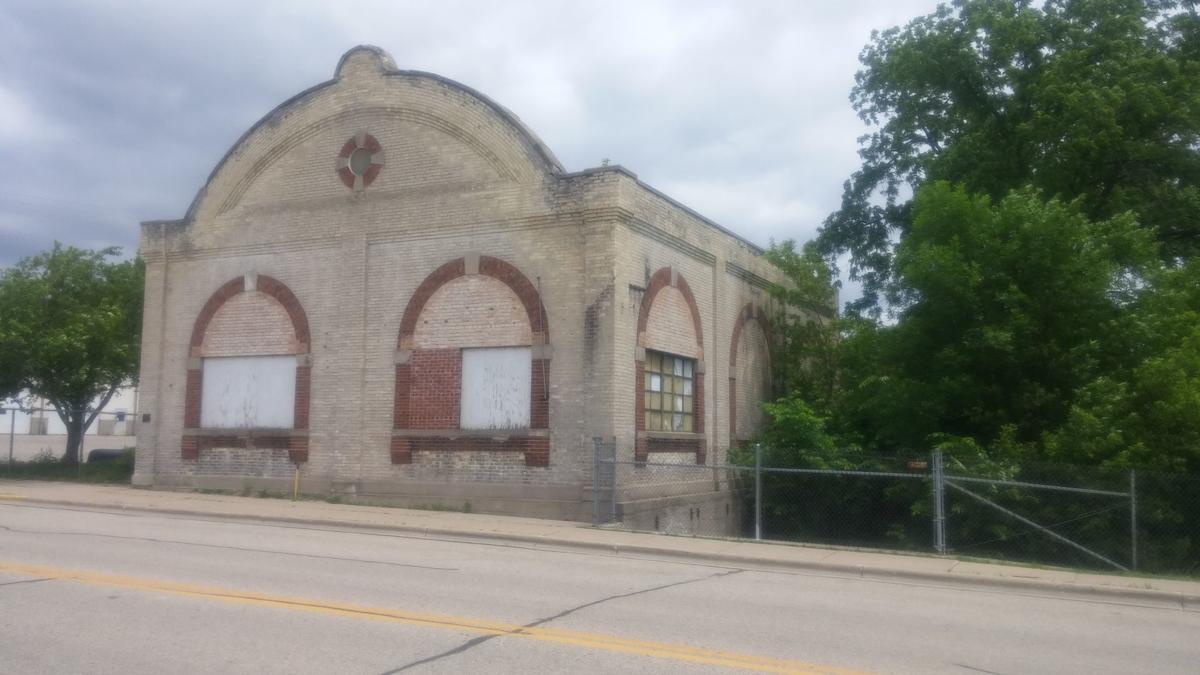 A local landmark-designated powerhouse could be turned into commercial space under the plan, which also envisions a terrace overlooking the river and whitewater park.