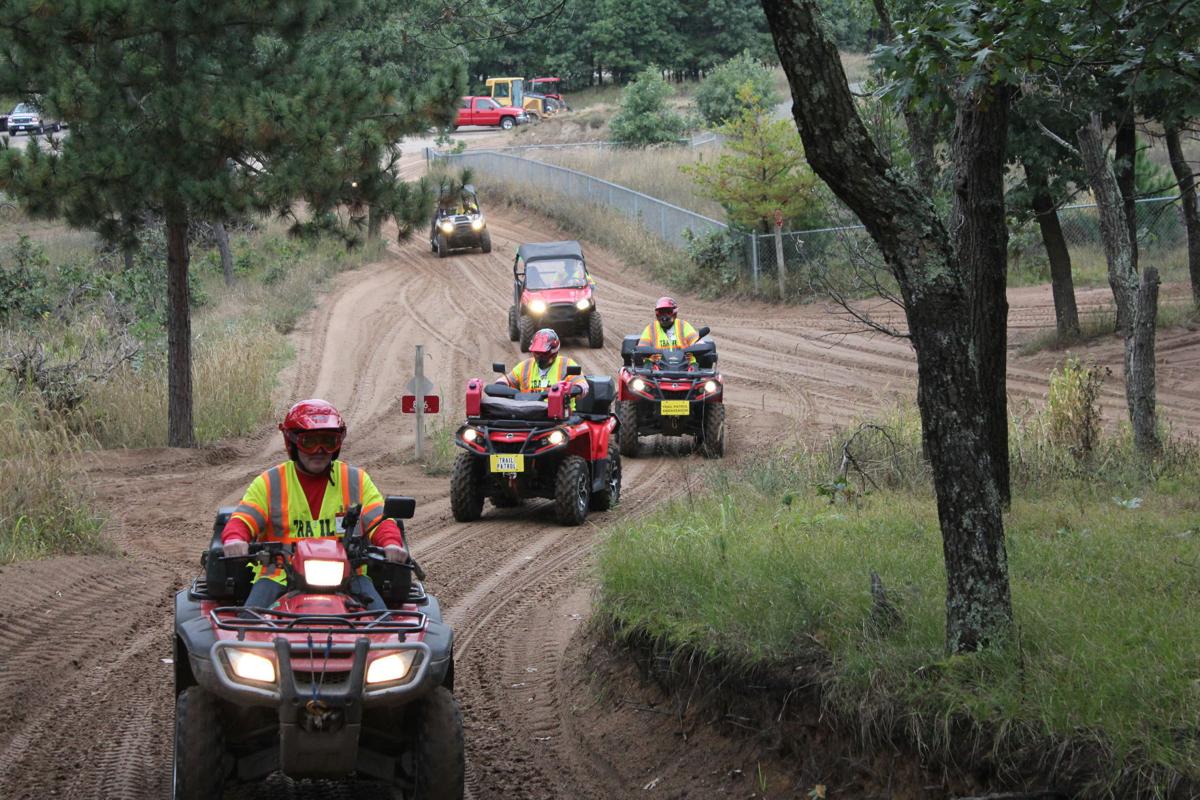 Wisconsin is considering adding 200 miles of trail access for ATVs to its largest state forest. Above, volunteer "trail ambassadors" trained by a state-funded nonprofit promote safety and report illegal riding. 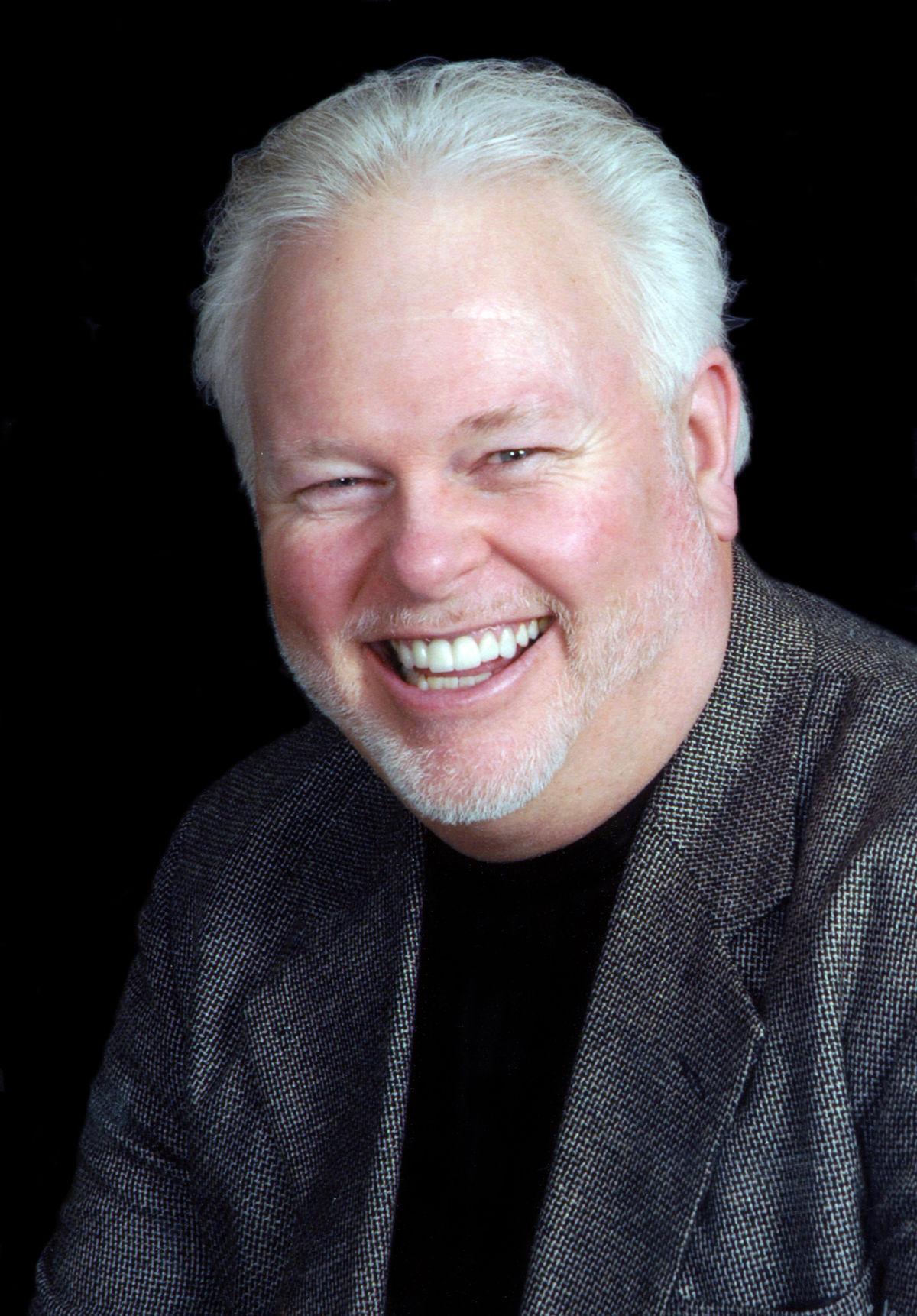 The proposal set for a vote this week by the Natural Resources Board is the leading edge of what could be a dramatic transformation of state parks and natural areas.

While the state planners have written new rules aimed at minimizing disruptions from an influx of all-terrain vehicles, they acknowledge the risk that noise, dust and environmental damage could drive away other park users.

Expanding ATV access could face obstacles, including rules requiring the Department of Natural Resources to limit potential conflicts between people who use state recreation areas. Just this month a judge threw out plans to run a snowmobile trail through ski trails in Blue Mounds State Park.

But hundreds of thousands of dollars have been spent in the past decade persuading state politicians to accommodate ATVs. State government has spent millions on ATV trail development, and the DNR has already listed dozens of places for possible new trails.

Many of the properties currently prohibit ATVs. Northern Highland-American Legion State Forest is one that presently has no ATV access, but county and local roads that run around and through the sprawling forest have been opened to ATVs in the past two years by advocates angling for permission to use forest trails.

In addition to new routes for all-terrain vehicles and off-road motorcycles, the state forest plan calls for 60 more miles of bicycle trails and modernization of five existing rustic campgrounds in the 236,000-acre planners said is known for offering a “deep woods” experience.

Noise and dust from ATVs, and their speed, are likely to upset nearby homeowners and drive away some campers, hikers and canoeists, experts say. But there could also be an increase in motorized users, the DNR proposal says.

And while ATVs could give the elderly and others greater freedom to enjoy nature, engine-powered vehicles are likely to cause erosion, spread invasive species and displace wildlife by destroying natural habitat, the proposal says.

Off-road vehicle enthusiasts said the change was long overdue. They believe they may finally be overcoming an undeservedly bad reputation. They point to Vilas County, one of three counties with Northern Highlands-American Legion State Forest land within its borders.

“After all the yelling and screaming that we were going to see body parts on the street, all I’m seeing on these ATVs are grandmas and grandpas going to the supper club,” said Ron De Bruyn, chairman of the Vilas County Board, which two years ago began authorizing ATVs on local roads near the forest despite opposition from residents.

Advocates of quieter outdoors experiences said the state was bowing to a vocal, well-funded special interest.

“The majority of public input really was not supportive of the increased motorized use,” said Mike McFadzen, who owns a vacation home a few miles outside the state forest. “If it’s approved, you may not find a place in the whole 240,000 acres where you won’t hear a motor.”

Two-thirds of the public comments gathered by the DNR in the spring were opposed to motorized access.

On orders from the Legislature and Gov. Scott Walker, the DNR has begun reviewing all of its public land to look for more places for off-road vehicles.

They enacted a law in 2015 directing the DNR to inventory roads on all of its properties — parks, natural areas and wildlife refuges — and then consult with “interested parties to prepare a plan for allowing the public to use motorized vehicles on the department property.” The DNR must take into account “ecological, economic, and social criteria.”

The Northern Highland-American Legion State Forest is criss-crossed by 1,200 miles of roads, but fewer than half are open year-round to the public, and only licensed, street-legal vehicles are allowed. All but 50 miles are too rough for anything but off-road vehicles or high-chassis trucks. The state forest also has another roughly 400 miles of snowmobile trails.

But finding ATV routes may be difficult, planners said. The state forest is dotted by 900 lakes, plus protected natural areas. Wetlands make up 25 percent of the land. And within the forest boundaries there are state campgrounds, private cottages, resorts and communities.

Private landowners have been reluctant to allow access. They sign agreements with snowmobilers because the snow and cold protect the soil from being torn up, and the owners aren’t outside as much in the winter. A few years ago, the state discontinued a program that offered money for access to private land. There had been no takers.

DNR planners mapped only 42 miles of the planned 202 miles of ATV routes, and one stretch is already in doubt because it runs through a place where ospreys nest.

The plan says the DNR will work with local governments, ATV and snowmobile clubs and others to map out the full 202 miles for ATVs, plus 36 miles for off-road motorcycles. Logging roads and snowmobile trails will be considered, but new routes may also need to be cut.

Cost was among the obstacles in 2008 when the DNR and ATV clubs mapped miles of potential trails. DNR staff presented two options for routes to the Natural Resources Board but recommended against them. The board followed the recommendation.

The new proposal includes some of the 2008 routes, but leaves out long stretches. Like the 2008 proposal, the new trails are supposed to connect existing ATV routes on local roads outside the forest. Local roads that allow ATVs already girdle the south end of the forest connecting Woodruff, Sayner and St. Germain.

Opening up local roads in southeastern Vilas County over the past two years was just a way of gaining access to the real prize — permission to ply the state forest’s winding trails, said De Bruyn, the Vilas County Board chairman.

“The ATV user is interested in riding in a woodsy climate, not running up and down the roads,” De Bruyn said. “The road access was just the way of introducing the recreational opportunity in this area.”

Vilas County was one of the last in the state with highly desirable routes to start opening up, said Randy Harden, president of the Wisconsin ATV-UTV Association.

Harden has been fighting opposition to ATVs since the 1980s. He’s had help from ATV manufacturers in persuading state legislators and governors to enact a series of ATV-friendly laws.

When the Sheboygan insurance agent got involved there were about 18 ATV clubs in Wisconsin and few places to ride legally. Today there are about 100 clubs, 2,000 miles of dirt trails and 10,000 miles of road routes. More than 360,000 ATVs are registered with the state.

Minnesota-based Polaris Industries, an ATV manufacturer, has provided grants to ATV clubs since 2006. The company has spent money in the Wisconsin state Capitol as well, reporting expenditures of $412,193 to lobby state government officials since 2009. A chunk of that went toward fending off a bipartisan 2009 bill aimed at penalizing disparate treatment of recreational vehicle dealers by manufacturers.

In addition to lobbying, from 2007 through June 30, three Polaris executives made $23,670 in campaign contributions to state politicians. Most of the money — $20,360 — went to support Walker.

More than $6 million a year in fuel and registration fee revenue goes to motorized recreation, including nearly $4 million a year sent to local governments to develop and maintain trails. Local grants typically reimburse ATV clubs whose members hire contractors or use their own equipment to do the work.

In 2013, Walker and the Legislature opened up state stewardship money, borrowed funds that pay for conservation of natural areas, to improving conditions for ATVs and snowmobiles. The DNR has allocated $500,000 a year.

From 2001 until Walker cut it in 2015, nearly $300,000 annually went to a nonprofit run by Harden, the state ATV association leader, to pay eight part-time employees to train “trail ambassadors” who hand out maps, answer questions, encourage safe riding and call police when they see law-breaking.

Harden said Honda and its dealers helped cover a small portion of the costs of the nonprofit, the National Off-Highway Vehicle Insurance Services Group, until Walker and the Legislature restored funding this year.

Central to the argument for allowing motorized access in parks is the notion that ATVs and the people who use them are changing.

ATVs may have three wheels or four. Typically, the rider straddles the seat and grips a handlebar to control steering, gas and brakes. UTVs are wider and typically have four wheels, side-by-side seating, seatbelts, a rollbar and a cargo compartment.

Dave Marcouiller, a UW Extension professor who has helped the DNR compile its comprehensive recreation plan, studied use of the Cheese Country Trail, which runs from Monroe to Belmont and Mineral Point. For decades it has been open to many types of users, including bicyclists, walkers and ATV riders, but over time, ATVs drove almost everyone else away, Marcouiller said.

“You aren’t going to mix uses with motorized activities,” he said.

Gary Eddy, the DNR’s administrative warden for off-road vehicles, said he thinks ATV users may be mellowing. However, road access now allowed in many counties is creating its own problems. The vehicles’ big, soft tires are great for bouncing over fallen tree limbs and rutted logging roads, but they are unstable on pavement, leading to rollover crashes, Eddy said.

And road access may also be contributing to increased drunken riding.

“These public roadways getting opened are providing ATV operators more access to places that serve alcohol,” Eddy said. “There’s usually no taverns or supper clubs within the state and county forest land, but now we are definitely getting some complaints about bar-hopping.”

Last year, alcohol was a factor in 72 percent of fatalities, while 63 percent happened on roads. Both are 10-year highs, Eddy said. The DNR recorded an average of 76 operating-while-intoxicated arrests in the past three years, compared to an average of 42 in the previous eight years. Some of the increase may be attributed to increased ATV usage.

What do you think of the state promoting use of ATVs on trails in parks, forests?

The DNR says it will deploy conservation wardens where needed, the same way it assigned rangers.

DNR ended social dinners after legal snarls, but they're back — with public notice

Despite setbacks, Wisconsin tries another way to expand ATV use in park

A master plan variance could be approved by a DNR manager, without a public vote by the agency's policy board.

Wisconsin is considering adding 200 miles of trail access for ATVs to its largest state forest. Above, volunteer "trail ambassadors" trained by a state-funded nonprofit promote safety and report illegal riding.