Wisconsin’s water quality regulators failed to follow their own policies on enforcement against polluters more than 94 percent of the time over the last decade, the state’s nonpartisan Legislative Audit Bureau said in a report released Friday.

From 2005 to 2015, there was a general decline in state Department of Natural Resources enforcement activity to protect lakes, streams and groundwater from large livestock farms, factories and sewage treatment plants that discharge liquid waste, according to the bureau’s 124-page report.

During a period when elected officials from both political parties have decreased DNR staffing, notices of violations were issued to polluters in just 33 of 558 instances serious enough for such citations under DNR policies, the audit found.

The DNR’s record of meeting its goals for inspections of polluting facilities every two to three years has been uneven, with the standard being met for fewer than half of the places many years. And some inspections of concentrated animal feeding operations — 6.5 percent of the total — took place after the agency reissued the farm’s permits instead of before, a violation of state and federal law aimed at ensuring CAFOs keep their huge quantities of manure out of water, auditors said.

Much enforcement is based on compliance reports polluters are supposed to file annually, but auditors found that DNR staff didn’t have time to fully review the reports. Only 36 of 1,900 CAFO reports were electronically recorded as having been received by DNR field offices, making it impossible for supervisors to spot problems.

“The report provides a pretty damning assessment,” said Sarah Geers, a staff attorney for Midwest Environmental Advocates, a public interest law firm that has challenged the DNR to improve its performance. “A lot needs to be done.”

A co-chairman of the Legislature’s audit committee said he wants to know how much funding the DNR needs to set things right, and the audit bureau called on the DNR to report in November on recommended changes in nine areas.

“Adequate, consistent, and timely enforcement action is important to ensuring the integrity of the (water quality protection) program,” the audit report said.

Heavy workloads and high turnover of DNR employees may have contributed to inaction when excessive toxins that are human health hazards were detected in wells set up at five CAFOs to check for groundwater pollution, auditors said.

Years later, one farm closed a manure pond and another shut down completely, but not because of any documented DNR action. In the three other cases the department said it was still evaluating the situation as many as 11 years after pollutants were found.

In pointing out that the DNR didn’t follow its own enforcement policies, the audit appears to contradict previous DNR statements defending dwindling enforcement action in recent years by saying the agency was working hard to obtain voluntary compliance from polluters through informal negotiations.

“The DNR can no longer hide behind the implication that facilities are just doing a better job of complying with their permits,” said Jimmy Parra, a Midwest Environmental Advocates attorney. “The reality is that DNR isn’t inspecting facilities as it should be and isn’t taking enforcement action in accordance with its own policy.”

Auditors also examined how quickly the DNR renewed five-year pollution permits, legal documents that establish limits for waste water discharges, and found the agency usually missed its goal of renewing 85 to 90 percent of permits before they expire.

Over the 11 years the audit covered, the goal was missed six times for municipal waste water operators, twice for CAFOs and every year for industrial polluters. The audit found 41 incidents, or 2.9 percent of the total, in which it took the DNR six or more years to renew an expired permit.

Permit holders continue to operate under the conditions of the expired permit until a new one is issued, which means they may not be subject to new limits that are set based on the latest scientific research, Parra said.

A good example can be seen in the exacting phosphorus standards for waste water the DNR adopted in 2010 to control unnatural weed and algae growth that afflicts hundreds of lakes and streams, Parra said.

“Because of the backlog many facilities still do not have permits that incorporate those standards,” Parra said.

DNR spokesman Jim Dick said the audit covers several areas the DNR has been working on.

“The DNR has recognized many of the issues identified by the audit bureau, and has already, or is in the process of, establishing systems to address them,” Dick said in a statement.

In 2011, the U.S. Environmental Protection Agency listed 75 deficiencies in state laws and administrative rules on water pollution. Among those were 64 deficiencies related to waste water regulation the audit reviewed. Of those, 33 had been addressed by the DNR as of April and the remaining 31 were in the process of being addressed, according to the audit report. The EPA said Friday four of the 75 deficiencies are resolved.

The DNR spokesman on Friday said the agency adopted six of eight planned regulatory rules packages designed to account for many of the 75 deficiencies.

Dick said enforcement activity related to the state’s growing number of industrial farms, or CAFOs, has increased from 2005 to 2015, and only 24 percent of municipal and industrial pollution permit applications were considered backlogged as of April, down from over 35 percent four years earlier.

“DNR consistently meets its inspection commitments agreed to with EPA,” Dick said. “In addition, DNR appreciates (the) audit report finding that pointed out DNR performs more frequent inspections of CAFOs with previous violations — an example of how staff time is prioritized to focus our inspection efforts.”

A member of the Legislature’s Republican majority who has taken a leading role on environmental issues said he was troubled that DNR wasn’t following its own enforcement policies.

“This finding is troubling and I am awaiting further explanation from the agency on how they plan to address inspections and noncompliance” Sen. Robert Cowles of Green Bay said in a statement.

Cowles, co-chairman of the Legislature’s Joint Audit Committee, which requested the audit, said he wants the bureau to determine how much funding the DNR would need to address the issues.

In 2015 Gov. Scott Walker and the Legislature cut the DNR’s two-year budget, and department executives are currently conducting an internal “realignment” study to allocate staff to the agency’s “core mission” at the urging of top elected officials and in anticipation of further reductions in 2017.

Walker and legislators haven’t said publicly what the core mission should be, but in the 2010 campaign season that brought Republicans to power, Walker promised to tame an “out-of-control” DNR, saying that regulators and scientists had slowed job growth.

‘The reality is that DNR isn’t inspecting facilities as it should be and isn’t taking enforcement action in accordance with its own policy.’ JIMMY PARRA
Midwest Environmental Advocates attorney

George the rhinoceros, one of Henry Vilas Zoo's oldest residents, dies at 44

George the white rhinoceros first came to the zoo in 1976.

A criticism of pollution enforcement comes as the DNR seeks new approaches to protect water quality without prospects of more staff.

The board wants Secretary Cathy Stepp to respond to the audit that found her agency failed to enforce water pollution protections.

OUR VIEW: Sen. Cowles, DNR Board are right to demand answers, more staff for enforcement

A recent study found that sediment and phosphorus levels in Pheasant Branch Creek have consistently decreased even though precipitation and the stream's flow volume have gradually increased over the same span.

Removal of 'legacy' pollutants in Dane County could be statewide model for cleaning up lakes more quickly with little additional cost.

Cost of forestry move and DNR cuts are questioned

The threat of losing environmental authority is a last resort that appeals to the 'pride' of state officials — and threatens embarrassment.

The dairy industry would like to take over writing permits that spell out standards for minimizing water pollution from millions of gallons of manure produced by CAFOs annually.

A bright green bacterial bloom last week covered one-fourth of Lake Mendota, then slid down the Yahara with hundreds of dead fish.

Adena Rissman studies the ways human interaction with ecological systems can be harmonious or ruinous. 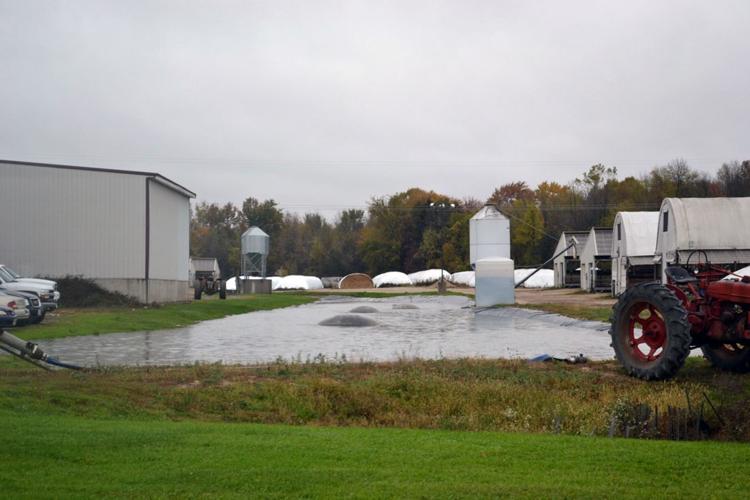 Last fall, Kewaunee County citizens documented runoff from a wastewater lagoon flowing through a parking area and directly into a ditch leading to the East Twin River. 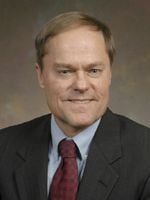 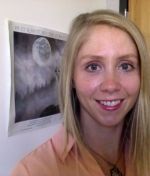