The Wisconsin Elections Commission faced several challenges administering the 2020 election, but one in particular — increased partisan division — may have led to some of the scrutiny highlighted in a recent legislative audit.

In its first 3½ years, the commission split 3-3 on official decisions only twice. But starting in December 2019 through the end of 2020, it recorded 32 split votes, according to a Wisconsin State Journal analysis of meeting minutes from the last five years.

In the commission’s first 42 months after it replaced the former nonpartisan Government Accountability Board in May 2016, there were only seven out of 277 motions, or 2.5%, that failed, including the two splits. In the 13 months after that covering the 2020 election, there were 65 out of 223 motions that failed, or 29%, half of them because of a 3-3 tie.

Despite the rising tide of disharmony among the six-member commission, which is intentionally designed with three Republican and three Democratic appointees, it was the agency’s decision last year to not send poll workers to nursing homes — which first passed unanimously and was upheld 5-1 in two subsequent votes — that’s generated the most vitriol from Republicans, with some calling for commissioners to face criminal charges and the administrator to resign.

A Legislative Audit Bureau review of the 2020 election flagged that decision and others as examples of the commission failing to follow the state’s rule-making procedures.

But in a recent interview, WEC administrator Meagan Wolfe noted in some cases the commission’s hands were tied by partisan disagreement.

One of the recommendations in the Audit Bureau’s report was that the commission create administrative rules — which would require legislative approval — specifying whether and what information clerks can correct on absentee ballot certificates.

The commission unanimously approved issuing guidance in 2016 requiring witnesses provide their addresses on absentee ballot envelopes, but state law doesn’t define what constitutes a complete address or what information clerks can fill in. Wolfe said clerks raised concerns about what missing information clerks could fill in on absentee ballot envelopes, but the commission has not had the majority vote needed to change the original guidance.

Other 3-3 split votes have occurred when determining how to handle a complaint about the Milwaukee Election Commission’s tardy notification of a massive reduction in polling locations before the April 7 primary and, in late 2019, when the commission was unable to come to a consensus on whether to remove as many as 209,000 voters who may have moved from the state’s voter rolls. Last spring, the commission deadlocked on whether clerks could accept absentee ballots that had an ambiguous or missing postmark.

“For me, that has been a new part of navigating the commission and has actually meant that we’ve had some decisions before the commission where clerks were looking for guidance and because there was a 3-3 vote we weren’t able to pass that guidance,” Wolfe said.

The sharp increase in the commission’s divided votes, which the Wisconsin Center for Investigative Journalism first noted in October last year, came as the hotly contested presidential election was kicking into gear, but also after Robert Spindell, a senior vice president in Milwaukee for a national merger and acquisitions firm and 4th Congressional District chair for the state GOP, joined the commission in late 2019.

“I’m probably responsible for a lot of those non 6-0 votes,” Spindell said in an interview Friday.

Spindell said the increasing number of split votes reflects the commission fulfilling its goal of enacting only policies that both parties can agree on.

“I think people really need to realize that the way the Legislature set up this commission was to be a partisan-type situation,” Spindell said. “And it stands to fight it out and come up with the best possible solutions for the citizens of Wisconsin, who are half Republican and half Democrat.”

Mark Thomsen, who has been with the commission since it formed and served as its first chairman, said many of the split votes in recent years seem to stem from efforts by one party or the other to change the status quo from rules established leading up to the 2016 election.

“I think there has been a genuine attempt on major issues of administration and access to voting, and making sure we’re running fair and safe elections, that have been 6-0 or 5-1,” Thomsen said Saturday.

Spindell joined the unanimous vote to waive special nursing home voting deputies in March 2020, but in two subsequent votes to extend the waiver he was opposed. Last month, the Racine County sheriff blamed the commission for eight cases in one nursing home where family members said they were surprised a loved one voted, including one who had their voting rights removed by a judge. Spindell was the only member who wasn’t accused of breaking the law.

The Racine investigation, which so far has not resulted in any charges, also led to calls from close to a dozen state Republicans, including Assembly Speaker Robin Vos, R-Rochester, that Wolfe resign.

But Spindell said he disagrees with firing Wolfe.

Wolfe, who does not have a vote on the commission, has said calls for her resignation are “partisan politics at its worst” and she has no plans to step down from her role.

The nonpartisan Government Accountability Board was created in 2008 in the wake of the 2001 legislative caucus scandal that saw lawmakers from both parties convicted of using taxpayer resources to campaign. It replaced bipartisan commissions that were viewed as ineffective in dealing with political corruption. The GAB was made up of six retired judges who rarely deadlocked during its eight-year history.

However, former Gov. Scott Walker and Republican lawmakers created the bipartisan Elections Commission — along with the bipartisan Ethics Commission — in 2016 to replace the GAB after the board came under fire from Republicans for its role in assisting prosecutors looking into coordination between Walker’s 2012 recall campaign and supposedly independent political groups.

Wisconsin Democrats were sharply critical of Republicans for creating the ethics and elections commissions, predicting that the new agencies would operate less effectively and — because they’re evenly split between partisan appointees — would frequently deadlock on key decisions.

Mike Haas, who joined the GAB in 2008, spent about 18 months as the Elections Commission’s interim administrator before his appointment was rejected by the state Senate in early 2018. Haas stayed with the commission as an attorney until taking on his current role as Madison city attorney in early 2020.

In the commission’s early years, Haas said, there appeared to be a conscious effort among commissioners to reach a consensus on votes. Only one of the more than 140 motions made in 2016 and 2017 passed on a contested vote.

Haas said the rise in split votes can be attributed to the growing partisan divide between the two parties, primarily focused on the results of the 2020 election.

“It doesn’t seem to be a coincidence that you have all these things going on and a constant drumbeat nearly every week of some new criticism about the election or election officials,” Haas said. “To me, that seems to be primarily politically motivated and unfortunately the byproduct of that is people questioning the election results without any factual basis, without any reason.”

A recount and court decisions have affirmed that President Joe Biden defeated former President Donald Trump in Wisconsin by almost 21,000 votes last November. Four voters out of roughly 3 million who cast ballots have been charged with fraud.

The Audit Bureau’s October report did not find any evidence of widespread fraud or abuse in the state’s 2020 election, but did make 48 recommendations to the Legislature and commission for improvements to how elections are run.

However, many of the recommendations included in the Audit Bureau’s report have not come before the commission in recent years, though the agency plans to discuss the report at its Dec. 1 meeting.

Even if the commission does approve the administrative rule-making process, such an effort can take as long as 13 months to complete and requires approval from the governor as well as the Legislature.

Even so, Thomsen’s position is the commission was created to administer and enforce laws, not create them.

“I think if there is an attempt to use the commission to change sort of the status quo, rather than having the law changed by the Legislature with the governor, that could easily line up 3-3 votes, generally,” Thomsen said.

“As long as I’m on the commission, I’m sure it will continue,” Spindell said.

Speaking with reporters Thursday, Vos said Johnson met with Republican lawmakers on Wednesday to discuss topics like the economy and inflation, but "never got into elections."

Under new guidance, unvaccinated poll workers will be able to work in upcoming elections if they submit a negative coronavirus test within three days of an election. 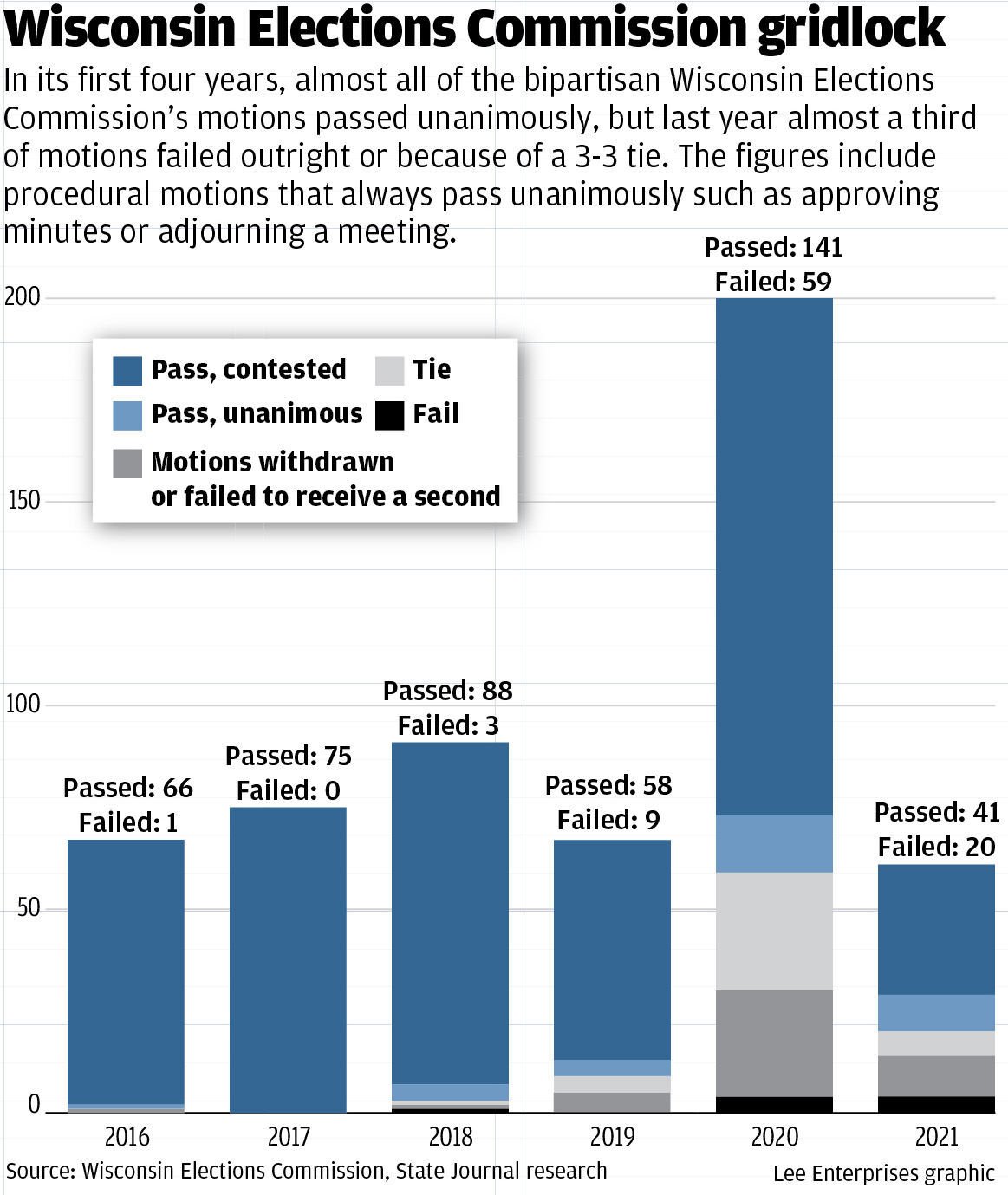 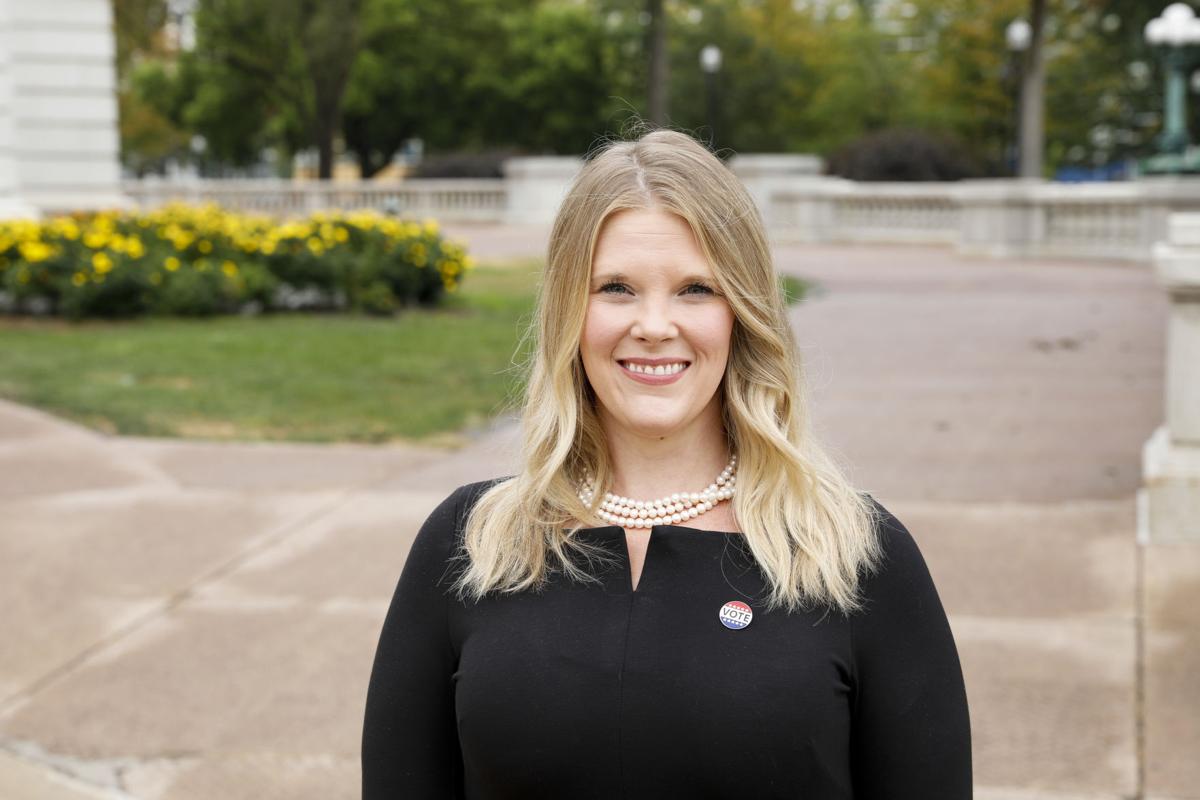 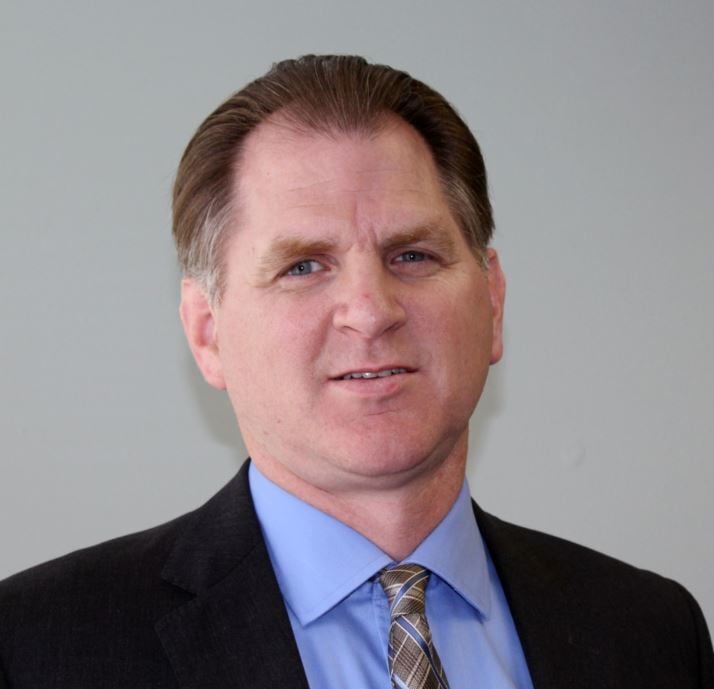 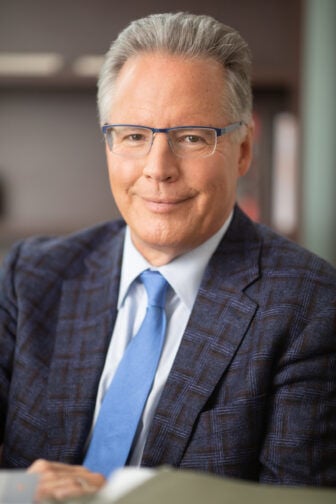