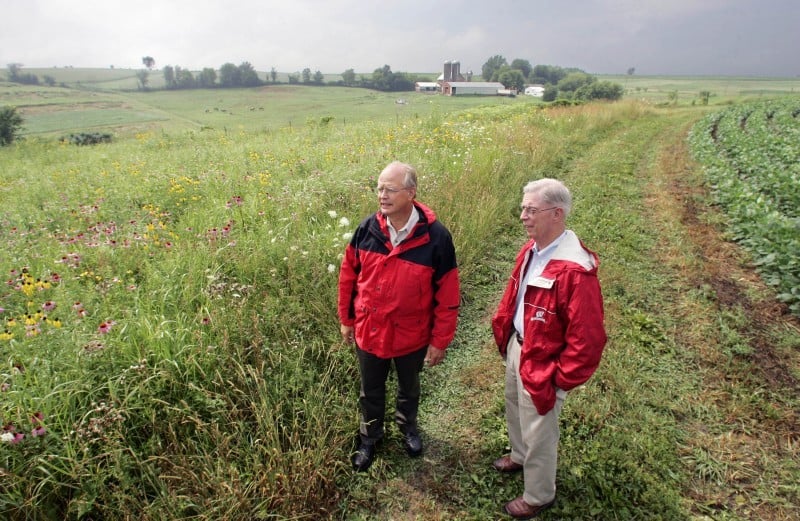 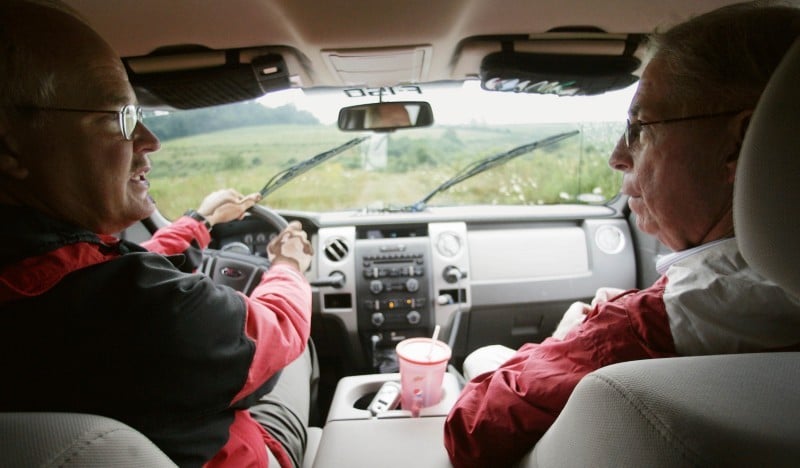 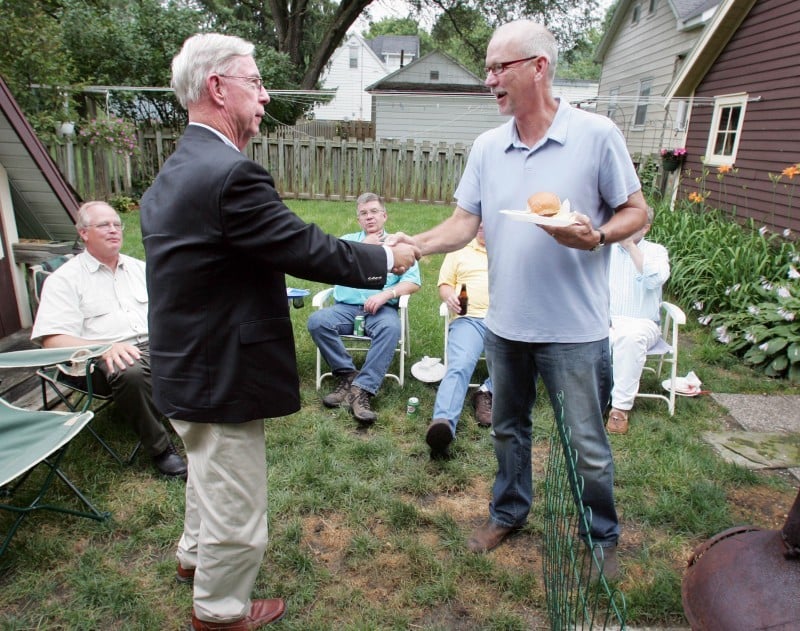 REEDSBURG — Greenwood’s Cafe in downtown Reedsburg this week hosted an unusual example of retail politicking, as Sen. Tim Cullen pressed the flesh and listened intently to constituents who couldn’t possibly vote for him.

The Janesville Democrat had come to the local landmark, nearly 100 miles from his district, as a part of a daylong barnstorming tour of the region with Sen. Dale Schultz, a Republican.

Early next month, Schultz will travel to Janesville to return the favor. It is all part of plan to prove to someone, somewhere, that bipartisanship is not dead in Wisconsin.

“The lines between the parties are now drawn so sharply that it’s almost impossible for Democrats and Republicans to work together on anything,” Cullen said. “Dale and I are trying to show that it doesn’t have to be that way; that there is room for cooperation.”

It’s tempting to say that politics has always been a winner-take-all blood sport in which the majority party pushes its advantage as far as it can.

But presidents Ronald Reagan and Bill Clinton were able to work with powerful opposing parties to pass major legislation, like sustaining Social Security and balancing the budget.

Closer to home, Wisconsin Gov. Lee Dreyfus teamed with Democrats in the ’80s to pass a sales tax. And Gov. Tommy Thompson, who served from 1987 to 2001, worked with Democrats on several major pieces of legislation, including a historic welfare to work program.

These days the threat of government default can’t even get federal lawmakers to play nice. And after six months of fights over collective bargaining and the budget, state lawmakers have never seemed further apart.

Senate Majority Leader Scott Fitzgerald, R-Juneau, said he understands the motivations of Schultz and Cullen — even admires them. But Fitzgerald also said that people need to be honest about how we got to this point.

“I think you can trace (it) back to when the Democrats left the state,” he said. “That changed everything.”

In February, in the midst of the heated debate over Republican Gov. Scott Walker’s collective bargaining bill, all 14 Senate Democrats left the state to deny Republicans the 20-member quorum needed to pass the measure. For three weeks they conducted a long-distance filibuster as Republican senators faced the wrath of the thousands of protesters who filled the Capitol.

Before the protest, Democrats and Republicans voted in favor of several jobs-related bills introduced by the governor. After the protest, members of both parties stayed on their sides of the fence.

For example, Assembly Democrats have offered 376 amendments to Republican bills this session. Only one of them passed: an amendment that allowed families to participate in Milwaukee’s school voucher program, even if their income exceeded a cap.

Democrats also introduced 49 of their own bills, of which 42 have yet to even be heard in committee. None has passed the Assembly.

In the previous session, when Democrats controlled both houses and Democratic Gov. Jim Doyle was in office, 107 Assembly Republican bills were heard in committee, and 50 were passed by the Assembly.

“Bipartisanship isn’t just when we do what the Republicans want,” said Assembly Minority Leader Peter Barca, D-Kenosha. “This session, they have acted like we have nothing to offer.”

Fitzgerald, who has presided over a Senate in which 164 Democratic amendments have been shot down and only one has passed, said those numbers do not shock him. He said 90 percent of the Democrats’ amendments were not serious efforts to improve legislation.

“They were trying to embarrass us,” he said. “They don’t want an honest debate. They just want to get the Senate back.”

Cullen and Schultz have a combined 41 years of legislative service. Both men have held positions of authority and power. Now, they are moderates in a world led by partisans. They have little clout, and they know it.

“I used to say that you could either have a political career where you are popular with the ideologues or you can be one of the ones who makes the decisions,” Schultz said. “It’s just not that way anymore.”

While most of their colleagues support the idea of bipartisanship, they also roll their eyes at what could be seen as two men on a Sisyphean quest. To some it seems quaint, even a little corny.

“We know it’s a long shot, but we both felt we had to try,” Cullen said.

Gov. Scott Walker has agreed to pay a private law firm up to $500,000 for legal services regarding his controversial budget repair bill curbin…

Gov. Scott Walker has agreed to pay a private law firm up to $500,000 for legal services regarding his controversial budget repair bill curbing public employees’ collective bargaining rights, a spokesman for the governor confirmed.