A Wisconsin lawmaker’s daughter was married in the Senate Parlor over the weekend, even though requests for other events have been denied as the state Capitol remains closed to the general public due to the COVID-19 pandemic.

The small ceremony for the daughter of Sen. Howard Marklein, R-Spring Green, appears to be the first private event unrelated to state business approved in the Capitol since the Department of Administration closed the building on March 27 due to the pandemic.

While the wedding went through the normal channels for requesting such a ceremony and was approved by the Senate Sergeant at Arms office, it came at a time when public health officials were discouraging indoor gatherings of any size outside the home. It also comes as public officials have faced scrutiny for flouting public health rules and advisories.

Senate Sergeant at Arms Ted Blazel said his office has received six requests for use of Senate facilities related to wedding ceremonies since March, but only Marklein’s was approved based on the number of people planning to attend. Denied requests ranged from 30 to 50 people in several cases to as many as 130 people in one request, while Saturday’s wedding included 12 people, he added.

“It’s not unique in that there have been multiple requests,” Blazel said. “It ends up being unique in that it’s the only one that’s taken place, and I will tell you it’s all solely based upon numbers.”

Asked about the Saturday ceremony, Marklein’s chief of staff, Katy Prange, confirmed that the wedding had occurred and was well within the Senate Parlor’s capacity limitations. Marklein’s office did not respond to additional requests for comment.

Legislative meetings and activities at the Capitol have continued in limited fashion since the pandemic began, and the building has opened to the public occasionally for public hearings or sessions. However, the state Department of Administration, which oversees the Capitol grounds and the hallways, has denied all public requests for use of the building. A total number of denied requests was not available Wednesday.

“As COVID-19 cases continue to rise throughout Wisconsin, the Capitol remains closed to the general public to limit spread of the disease,” DOA spokeswoman Molly Vidal said in an email. “As such, throughout the pandemic, any permits requesting use of DOA-operated space for ceremonies such as weddings have been denied.”

However, the use of legislative chambers for public events or ceremonies falls under the authority of GOP leadership and/or the Sergeant at Arms for each chamber.

“Putting aside the fact that social gatherings are still not safe due to the pandemic, it’s astounding that Republicans will use the Capitol for things that benefit them personally, but have gone 244 days without convening to help the people of Wisconsin, who have been sacrificing and suffering while the GOP takes an 8-month vacation,” Sen. Chris Larson, D-Milwaukee, said in an email Tuesday.

A search of the Assembly Sergeant at Arms calendar shows the last wedding held in the chamber took place on Jan. 25. The Assembly floor underwent almost six months of construction this year. Aside from ongoing legislative work, there have been no major public gatherings in the chamber since the building closed to the public in March, the sergeant’s office said.

State and local public health officials have urged individuals who don’t live under the same roof to avoid gatherings in an effort to mitigate transmission of COVID-19.

On Wednesday, Public Health Madison and Dane County issued a new countywide order allowing indoor gatherings of up to 10 people not from the same household as long as they wear masks and remain socially distanced.

At the time of Saturday’s wedding, the public health department prohibited any indoor gathering that included individuals who were not members of the same household or living unit. However, the agency does not have the authority to enforce local emergency orders on state property such as the Capitol.

Gov. Tony Evers closed the Capitol to the public in late March, just days after he issued a statewide stay-at-home order, which was later struck down by the Wisconsin Supreme Court in May. Capitol tours were canceled on March 12.

In July, the Department of Administration issued a notice that state buildings would not reopen to the public as previously planned. The notice also encouraged employees to work from home if possible and said those who do come to work would be required to wear face coverings at all times inside state buildings, “regardless of the number of additional people present or physical space between individuals.”

The order applies to the roughly 35,000 executive branch employees in the state but not those in the Legislature, the court system or the University of Wisconsin System.

Senate Majority Leader Scott Fitzgerald, R-Juneau, dismissed the order at the time, noting that some Republican staff had been working in the building for some time.

“I won’t be pushed around by Dane County or the Evers Administration — we control the Senate wing,” Fitzgerald said in July. “Senators should be able to decide what they do in their own offices.”

DWD reported that almost 94.5% of the more than 8.5 million weekly unemployment claims filed since March 15 had been processed. Nearly 51,000 claimants were considered to be part of the adjudication backlog.

Republican Dean Knudson, a member of the Wisconsin Elections Commission, said there is no evidence of dumps of ballots, fraud related to Dominion voting machines or any stop and restart of the counting of ballots in the Nov. 3 election in Wisconsin.

The state Department of Health Services reported 4,034 COVID-19 cases and another 57 deaths in Wisconsin Thursday, bringing the totals to more than 426,000 cases and 3,944 deaths since the pandemic began.

State officials: Post-Thanksgiving COVID-19 surge may not be here yet

The state Department of Health Services reported 4,114 COVID-19 cases and another 68 deaths Tuesday.

Wisconsin expects first batch of COVID-19 vaccines soon, general public may not see it until mid-2021

Wisconsin health officials say the state could receive its first batch of almost 50,000 COVID-19 vaccines yet this month, but cautioned that it may not be until next summer before the general public can begin to receive vaccinations. 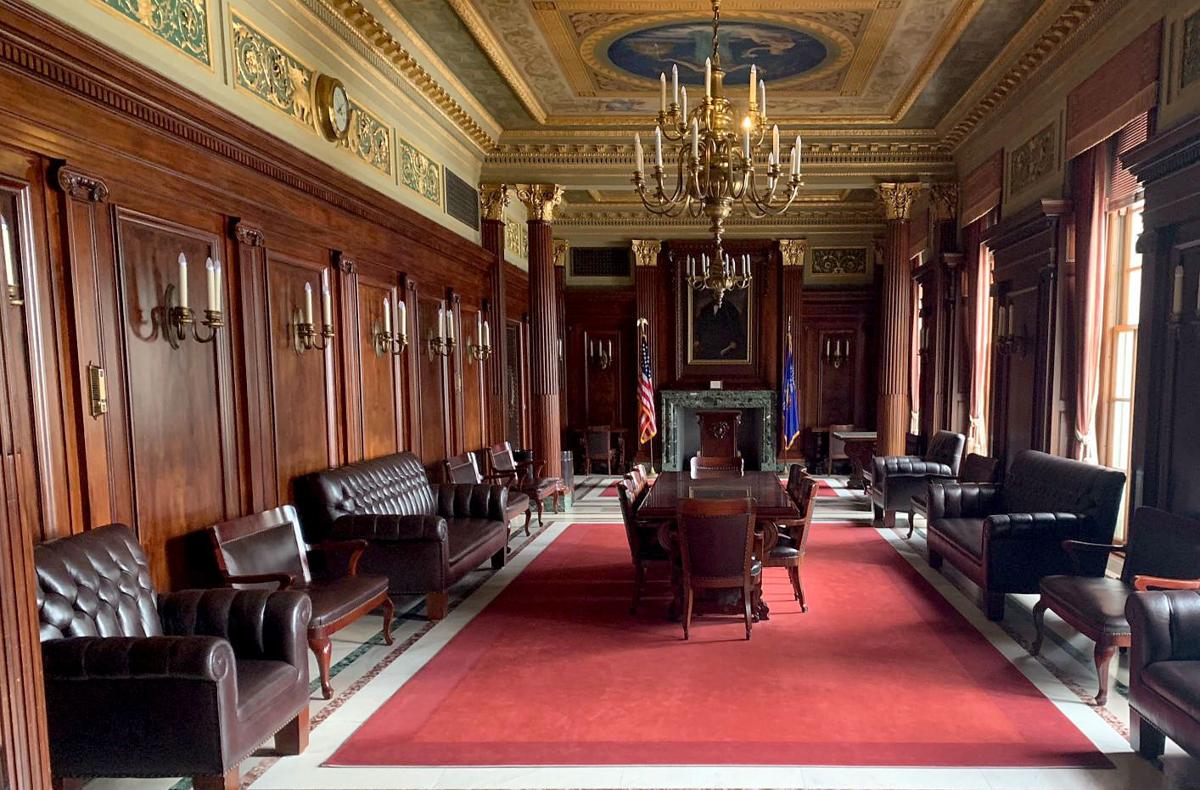 State Sen. Howard Marklein's daughter held a small wedding over the weekend in the Senate Parlor at the Capitol in Madison. 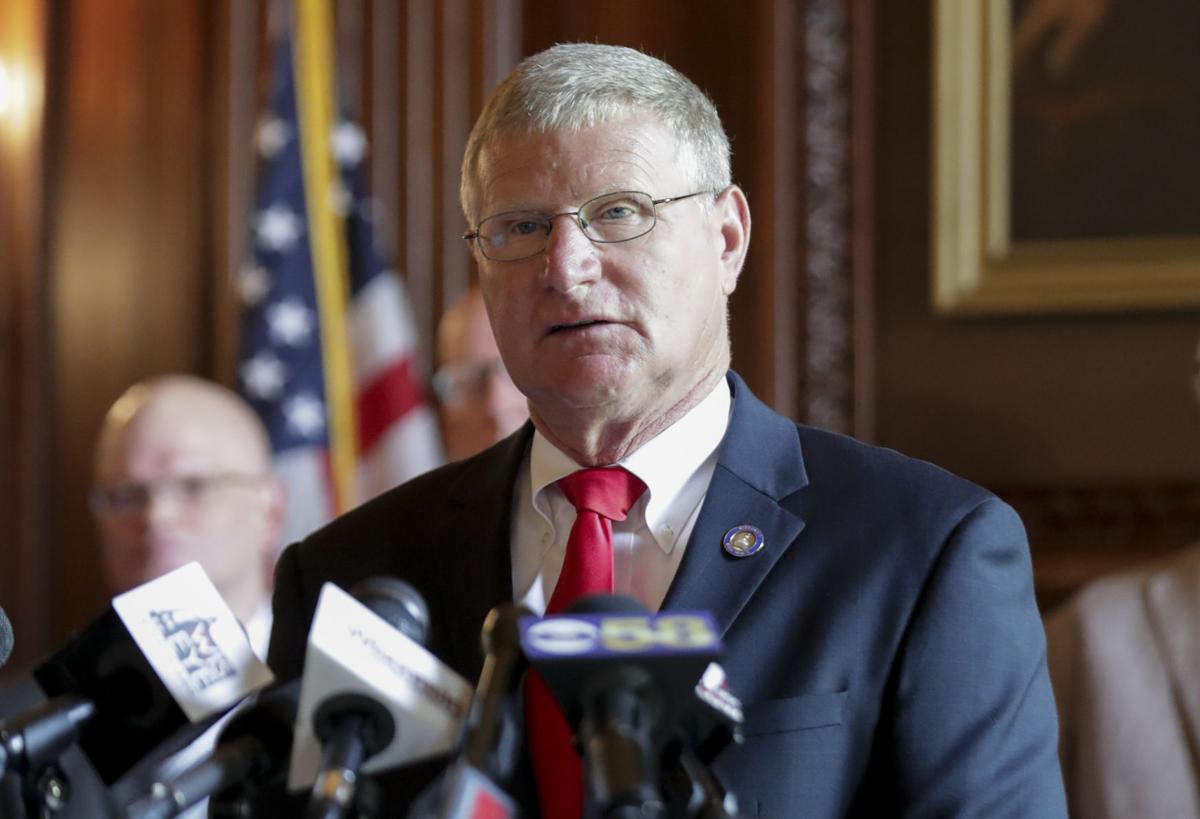