Ron Johnson is in an uncomfortable class of his own.

The Oshkosh Republican is the only senator in his party facing reelection next year in a state that backed Democrat Joe Biden in the 2020 presidential race. But rather than moderate his politics to accommodate potentially shifting voter attitudes, Johnson is focusing even more intently on cultural issues that appeal to his party’s overwhelmingly white base.

He has said the trial of former Minneapolis police officer Derek Chauvin in the murder of George Floyd distracted journalists from covering immigration. He has lent credence to the white supremacist “great replacement” theory. And he said he was less concerned about the predominantly white mob that staged a deadly insurrection at the U.S. Capitol in January than he would have been if they were Black Lives Matter protesters.

Johnson has not committed to seeking a third term in 2022. But his seat probably will be among the most fiercely contested in a campaign year that will decide control of Congress and the future of Biden’s agenda. Johnson’s tactics offer a window into how Republicans may approach the midterm elections, with a focus on turning out the base and steadfastly dismissing any criticism, especially when it comes to issues of race.

“I know how just about anything any Republican or conservative will say will get taken out of context and exploited,” Johnson told The Associated Press recently, responding to a question about his comment on the Capitol riot. “And I understand exactly how the left plays the race card all the time. I understand that. But there was nothing, nothing racial in my comments at all.”

Johnson is hardly the only Republican taking this approach.

Donald Trump centered his presidential reelection campaign last year on a “law and order” message that was intended as a counter to racial justice protests, some of which turned violent, that swept the nation. While Trump lost to Biden, he won more than 10 million additional votes than he did in 2016, which may have helped the GOP narrow its gap in the House.

For Johnson, much of the controversy began when he said he wasn’t concerned for his safety during the Jan. 6 Capitol riot because “I knew those were people who love this country.” The crowd was overwhelmingly white.

“Had the tables been turned, and President Trump won the election, and tens of thousands of Black Lives Matter and antifa” stormed the Capitol, “I might have been a little concerned,” Johnson said during the interview on a nationally syndicated conservative radio show. Antifa are far-left, anti-fascist protesters who have joined Black Lives Matter advocates at demonstrations.

“The challenge for the center-right political party is figuring out a constructive way to respond to these changes, rather than simply fomenting outrage and anger,” said Ayres, who has done extensive work in racially diverse Southern states.

But Johnson hasn’t backed down.

Days after his comments about the Capitol, he suggested the news media was distracted from an influx of migrants at the U.S.-Mexico border by the Chauvin trial in Minneapolis. And last week, Johnson nodded to the “great replacement,” a conspiracy theory promoted by white supremacists that holds that people of color are replacing white people in the West, enabled by Jews and progressive politicians.

Fox News host Tucker Carlson complained that he, a white man, had “less political power because (Democrats) are importing a brand new electorate.”

Johnson appeared to spur such beliefs during a Fox interview with Larry Kudlow, a former economic adviser to Trump, by asking, “Is it really that they want to remake the demographics of America so they stay in power forever? Is that what’s happening here?”

This is not the obvious path for someone who was first elected to the Senate in 2010 as a policy wonk more concerned with cutting spending than fanning culture wars. Some Wisconsin Republicans note a project he spearheaded to place unemployed inner-city Milwaukee workers in jobs, a program that helped some Black residents.

But others point to doubt that he cast about Biden’s victory as then-chairman of the Senate Homeland Security and Government Affairs Committee as yet another example of undermining minority voices. Johnson, one of Trump’s staunchest supporters, had signed on to objecting to Arizona’s Electoral College vote, but reversed course after the Capitol riot.

“Johnson may not be spitting on Black people,” said Brown University professor Juliet Hooker, who is writing a book on the politics of white voter resentment. “But he certainly seems committed to pushing the idea there was widespread fraud in the 2020 election, allegations centered on majority Black or multiracial cities. The implication of that is votes by people of color are suspect.”

Democrats have seized on the scrutiny. Prospective Democratic Senate challenger Tom Nelson, county executive in Johnson’s Outagamie County home, has paid for a billboard in Oshkosh featuring Johnson’s picture, with the word “resign” over his mouth, and the text: “Racism has no place in Wisconsin.”

Johnson, however, is an astute businessman, playing to a politically active audience by bemoaning mainly during conservative media interviews his treatment by other news outlets, said Charlie Sykes, a former conservative radio host in Milwaukee.

“He picks up on what is playing in that world, and Ron Johnson is right there, right now,” said Sykes, a devout Trump critic.

Race as an issue

The senator also is stoking a theme that has soaked disproportionately into Republicans: that white Americans face widespread discrimination. It stems from the economic decline in rural, white, working-class communities who don’t feel the effects of white privilege racial justice advocates describe, Ayres and others say.

A Pew Research Poll conducted last month showed that 14% of all Americans say there’s a lot of anti-white discrimination. The figure among Republicans was 26 percent.

Conservative media stoke the outrage by offering Johnson and others the opportunity to paint themselves as victims, Sykes said.

“Any accusation of racism must be in bad faith, they say, and is an attempt to cancel you, silence you and make you a victim, which then becomes a great way of getting attention from your base,” he said.

The issue could shadow Johnson’s campaign, should he seek a third term next year.

Turnout in Milwaukee, where more than one-third of residents are Black, was flat last year compared with 2016, though Biden carried Wisconsin as narrowly as Trump did four years earlier.

“If Johnson dares to run, he’ll be kindling for the fire that his candidacy will bring in terms of inspiring Democrats, especially voters of color,” Moore said. “He’s made it quite clear he’s totally Trumpian.”

Trump has heartily endorsed Johnson even though he hasn’t yet announced his reelection plans.

“He is brave, he is bold, he loves our Country, our Military and our Vets,” Trump said in a statement before a Republican fundraising gathering this month in West Palm Beach, Florida. “He has no idea how popular he is. Run, Ron, Run!”

Thunderstorms could come with summer-like warmth for southern Wisconsin

The high could reach 80 for the first time this year for southern Wisconsin on Tuesday, accompanied by a good chance for thunderstorms, according to forecasters. 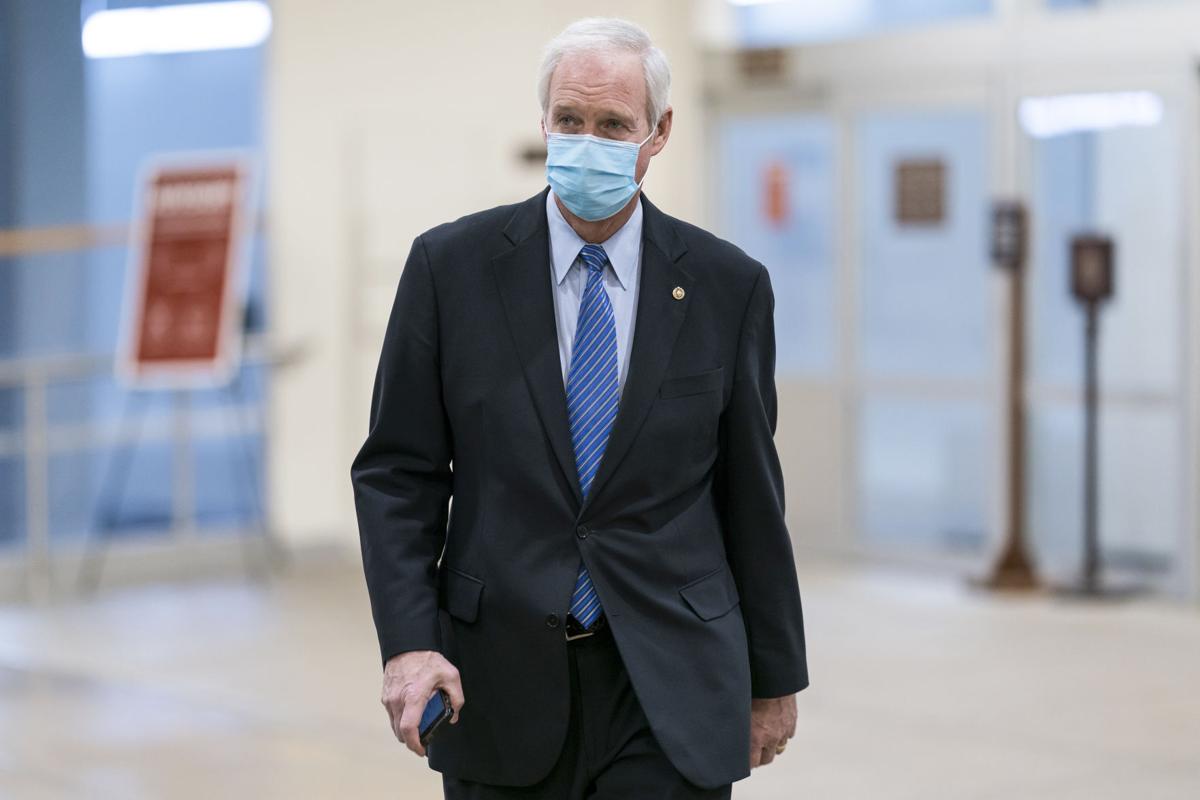 U.S. Sen. Ron Johnson, R-Oshkosh, the only senator in his party facing reelection next year in a state that backed President Joe Biden, is focusing even more intently on cultural issues that appeal to the GOP's overwhelmingly white base. 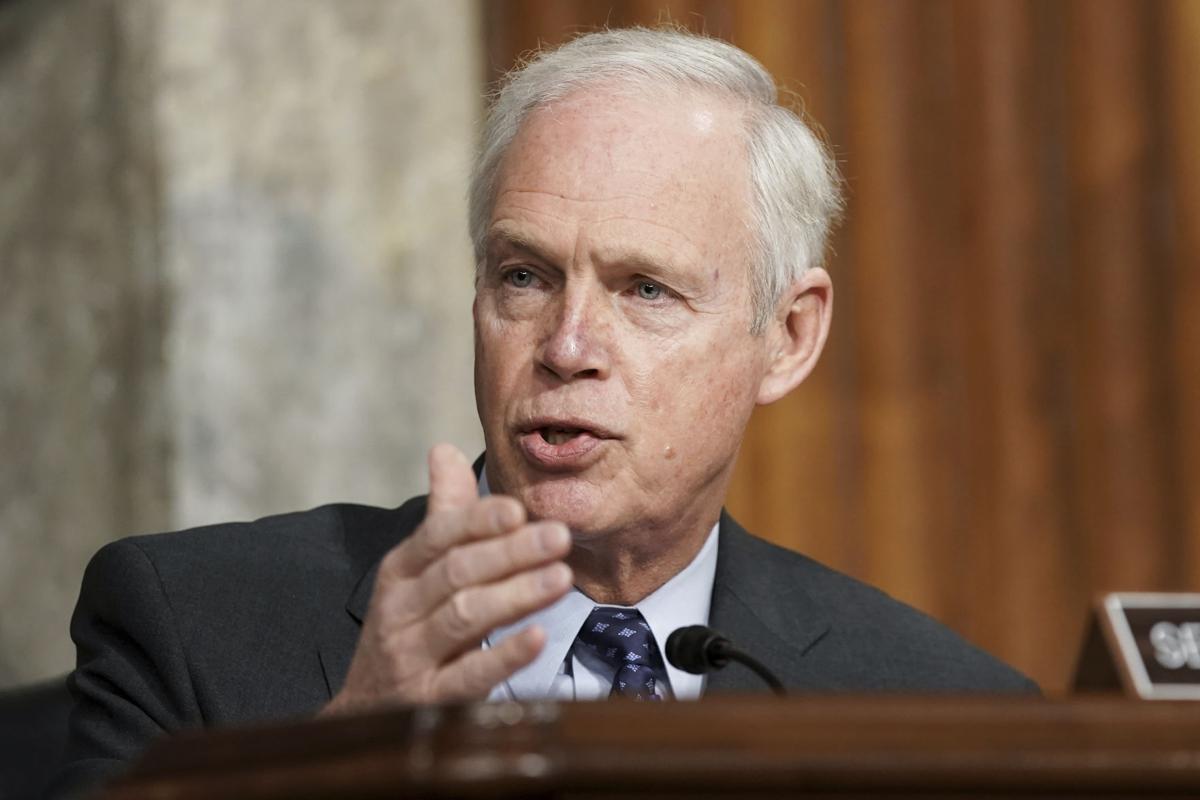