Some recipients of public benefits, including Medicaid, unemployment and food stamps, would be required to undergo drug testing, under a budget proposal announced Thursday by Gov. Scott Walker.

The governor rolled out his “workforce readiness plan” Thursday ahead of the scheduled unveiling of his 2015-17 state budget proposal on Feb. 3.

The proposals announced Thursday are aimed at providing more workers for “high-need” fields such as manufacturing, Walker said. Drug testing could affect tens of thousands of Wisconsinites receiving benefits; those failing drug tests would be offered free drug treatment and job training, the governor said.

The governor did not say what would happen to those who refuse help, although Assembly Speaker Robin Vos, R-Rochester, referred to sending a message to recipients to “get yourself productive and stop asking the taxpayers to help subsidize your lifestyle.”

Drug testing the unemployed would apply only for people “for whom suitable work is only available in certain occupations,” Walker spokeswoman Laurel Patrick said. Information on which jobs or job seekers would be subject to drug testing was not immediately available. About 40,000 people currently receive unemployment benefits.

The budget also will include language seeking permission from the federal government to test all “able-bodied” adults without dependents on FoodShare, as well as all childless adults on Medicaid. Some broad-based programs in other states that tested all recipients have been halted after courts found them unconstitutional.

Patrick said the drug-testing program would cost the state some money but is expected to result in overall savings. She said specific cost estimates would be available Feb. 3.

The proposals announced Thursday also include reducing by one year the maximum time recipients could receive benefits under the state’s job training-and-welfare program, Wisconsin Works, also known as W-2. That change would save about $3 million over the two-year budget, Patrick said.

“We know employers in Wisconsin have jobs available, but they don’t have enough qualified employees to fill those positions,” Walker said in a statement.

“With this budget, we are addressing some of the barriers keeping people from achieving true freedom and prosperity and the independence that comes with having a good job and doing it well.”

“Rather than getting distracted by presidential posturing, we need to work together and find real solutions that will create jobs, grow our economy and put Wisconsin on a path to success,” Shilling said in a statement.

The proposals for the two-year budget include:

Requiring drug testing of some people applying for or receiving benefits from programs including unemployment insurance, FoodShare, Medicaid, Transform Milwaukee, transitional jobs and others.

Reducing time spent on W-2 from 60 months to 48, to “encourage more rapid placement in jobs.”

Walker said the initiatives are aimed at helping job seekers qualify for the nearly 70,000 open positions posted on the Job Center of Wisconsin website. Wisconsin’s current unemployment rate is 5.2 percent, below the national rate of 5.6 percent.

“We continue to hear about technical college waiting lists that are preventing workers from getting the training they need to succeed in today’s workforce,” she said, “and Gov. Walker’s proposal fails to address these economic barriers.”

In a statement, Wisconsin Technical College System President Morna Foy said she looked forward to hearing more details about the proposals, adding, “I support the governor’s goals of increasing access to technical college education and addressing the skills gap.”

The governor’s proposals will be considered by a Legislature controlled by fellow Republicans. The leaders of the Joint Finance Committee welcomed them.

In a statement, Sen. Alberta Darling, R-River Hills, and Rep. John Nygren, R-Marinette, called the initiatives “bold proposals to remove barriers that can block workers from good-paying, family-supporting jobs” and provide employers with “skilled workers for the jobs they need to fill.”

Myranda Tanck, a spokeswoman for Senate Majority Leader Scott Fitzgerald, R-Juneau, said, “We are currently reviewing the proposal and look forward to hearing more specifics as we move further along in the budget process.”

Programs requiring drug testing of public benefit recipients have faced hurdles in other states. Some state programs in which everyone receiving or applying for public benefits is drug tested have been slapped down as unconstitutional. More narrowly tailored programs testing only suspected drug users have resulted in few beneficiaries being dropped from welfare rolls.

Assembly Minority Leader Peter Barca, D-Kenosha, said Walker’s plan “will in some cases further hurt people striving to get to the middle class.”

“Our first priority should be restoring economic opportunity for all people,” he said.

But Vos said the drug-testing requirements should not be viewed as punitive.

“The one thing I do know is that most people who are on food stamps or welfare benefits, they want to work,” Vos said. “If you’re addicted to drugs, that’s one of the barriers to actually getting a meaningful job.”

Prospective teachers would be required to pass a competency test to obtain a license, but the proposal does not outline any teacher preparation coursework requirement.

Big tax cuts and revenues falling more than a half-billion dollars short of projections have left the state in a hole.

Democrats raise concerns about several aspects of the governor's $68 billion budget for 2015-17.

The state Assembly on Wednesday passed a trio of bills imposing new restrictions on public-benefit recipients, requiring some to undergo drug …

Chris Rickert: Little reason to think making the poor say cheese will save much bread

Maybe shame is the point.

Participation in FoodShare falls more than 120,000 in 2 years

More than 120,000 fewer Wisconsin residents are using food stamps than two years ago, and up to $197 million less will be spent on food stamps…

Walker says testing should be a priority in the next legislative session.

The speech lacked policy and program details, which are expected to be contained in his Feb. 3 budget address.

Scott Walker: Parents should work 80 hours per month to get food stamps

Walker made the announcement Monday in appearances around the state.

Tony Evers wants to boost unemployment benefits, remove barriers to qualify for them

Critics fear the state could make it too enticing to claim jobless benefits. 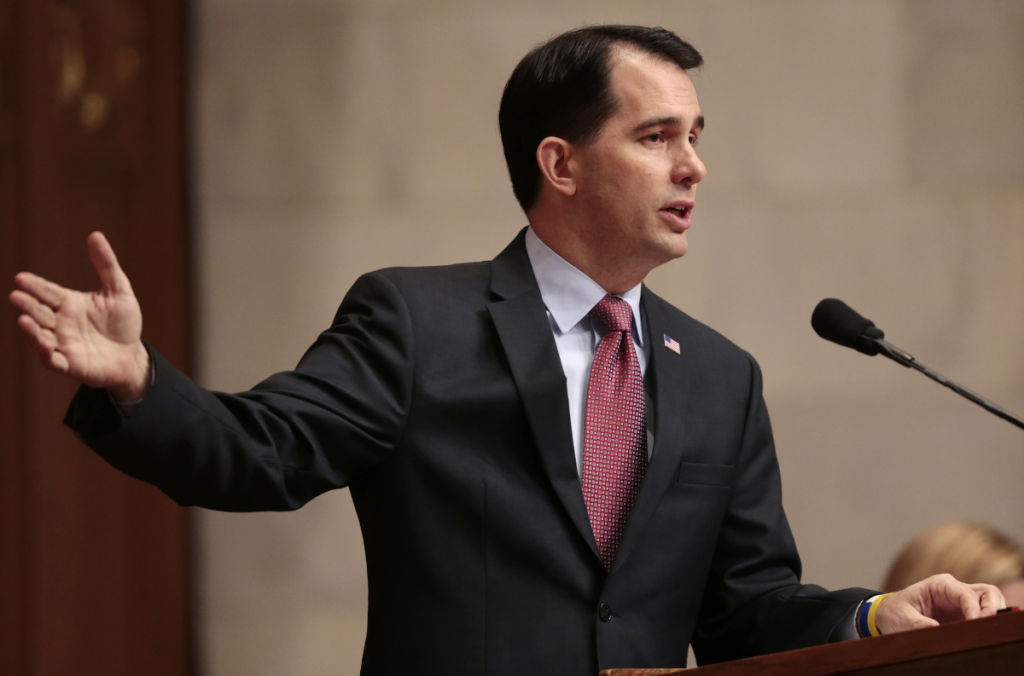 Wisconsin Gov. Scott Walker delivers his State of the State address earlier this month. Walker on Thursday proposed a series of initiatives that he said will make more Wisconsin residents ready to work. 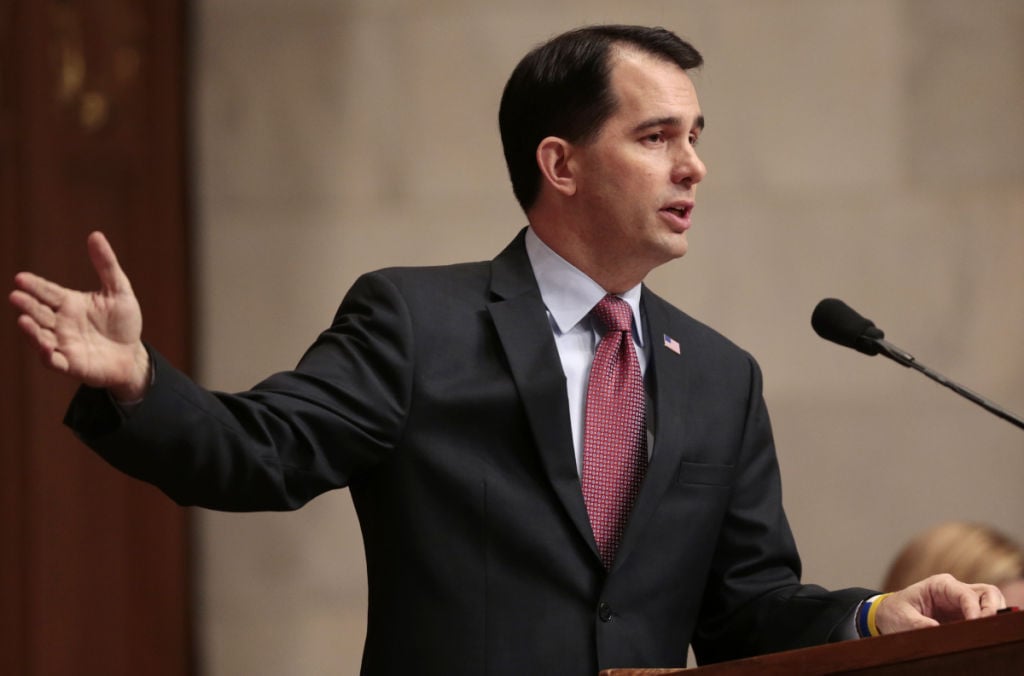 Wisconsin Gov. Scott Walker delivers his State of the State address in January.