State Justice Department crime labs were slower to process some types of evidence in 2019, providing a setback for Democratic Attorney General Josh Kaul, who once chided his Republican predecessor for crime lab delays.

The Wisconsin state crime laboratories provide forensic science testing for communities around the state. During the 2018 campaign, Kaul slammed former Republican Attorney General Brad Schimel for backlogs in testing of sexual assault kits, which can contain DNA evidence that is crucial to finding sexual predators or freeing the wrongly convicted.

The Department of Justice in 2014 first discovered the existence of nearly 7,000 untested sexual assault kits in law enforcement and hospital custody across the state. With federal grant funding, Wisconsin under Schimel began testing those kits in 2016 and finished in late 2019, under Kaul.

Schimel said the chief reasons the kits had gone untested were because law enforcement sometimes didn’t believe the victims, or the crime was solved and the additional evidence wasn’t needed.

Despite having fewer cases to process in 2019 and two additional DNA analyst positions provided in the state budget, the crime labs under Kaul took an average of 17 days longer to process DNA evidence, which includes DNA evidence from sexual assault kits, weapons and homicides. Those wait times mean it could take longer to arrest criminals connected with major crimes.

Turnaround times for DNA increased from 80 days in 2018 to 97 days in 2019. The report notes that numbers of DNA cases were higher under Schimel due to the processing of backlogged sexual assault kits.

Kaul said it will take time to fully realize the results of the changes he’s made at the crime lab, such as new hires. He said the crime labs are also being more judicious with which cases to take on in order to make best use of the department’s resources.

Kaul said the 2019 numbers also reflect a backup of some 2018 cases that needed to be processed last year because of Schimel’s focus on dealing with the sexual assault kit backlog. He said he also didn’t get all the new positions he had asked for in the last state budget. He had asked for 19 new analysts, but Gov. Tony Evers gave him 17 in the executive state budget, and Republicans on the Legislature’s finance committee revised the plan and gave him just over seven new full-time equivalent positions, including two DNA analysts and one new ballistics analyst.

Kaul also pointed toward a reduction in DNA evidence taking more than 30 days to begin testing.

Training new analysts can take months, but the new hires are now up to speed, Kaul said. The labs have added a new DNA extraction system that allows for more automation and faster processing, he said, and evidence submission guidelines for local police have been clarified in hopes of reducing unnecessary submissions. All those factors should lead to dramatically improved turnaround times in 2020 and 2021, he said.

“We’re getting closer to catching up,” Kaul said. “It’s not like flipping a switch. The 2020 and 2021 numbers is where we’ll really see the impact (of changes).”

Kaul attacked Schimel on the campaign trail for being too slow to complete crime lab tests and delaying justice for victims. A review of Wisconsin crime lab operations that Florida International University’s National Forensic Science Technology Center released in September 2018, near the end of Schimel’s tenure, found that the labs suffered from multiple problems, including poor morale, below-market pay and accepting too much evidence from police.

Kaul released another report Wednesday detailing the labs’ responses to the Florida university’s review. Lab workers received a 2% raise in January and will get another 2% raise next January as part of across-the-board raises for all state employees included in the budget. Meanwhile, lab managers have implemented a pay progression scale to bring analysts’ salaries more in line with their private-sector counterparts. The labs’ chief administrator, Nicole Roehm, said during the video conference that she wants to expand the scale in the future to further encourage analysts to stay.

The labs now reside in their own division, allowing them to purchase equipment and hire independently, the report said. Managers have been given more access to state Justice Department administrators so they can better relay information to analysts.

Roehm said the labs have created a dedicated five-person team to respond to crime scenes, which will help reduce the need to pull analysts away from the labs to work in the field, and created a case manager position to revise submission guidelines and act as a point person in explaining to local police why submissions might be rejected.

Parks staff recently installed two piers with handrails at the boat landing along the Yahara River at Babcock County Park in McFarland in partnership with private fundraising from the Foundation for Dane County Parks.

One controversial proposal up for consideration would send an absentee ballot request form to most registered voters.

Highs will break into the 70s on Friday and may crack 80 over the weekend between the possible showers and thunderstorms, according to forecasters.

The lawsuit comes after Public Health Madison and Dane County announced the county's reopening plan, which replaces the statewide plan struck down by the Wisconsin Supreme Court.

A deputy used a dose of Narcan to save an unresponsive woman in a town of Blooming Grove gas station bathroom on Wednesday night, the Dane County Sheriff’s Office reported.

The Rock County Sheriff’s Office reported that it intercepted a 2-pound bag of marijuana earlier this week. 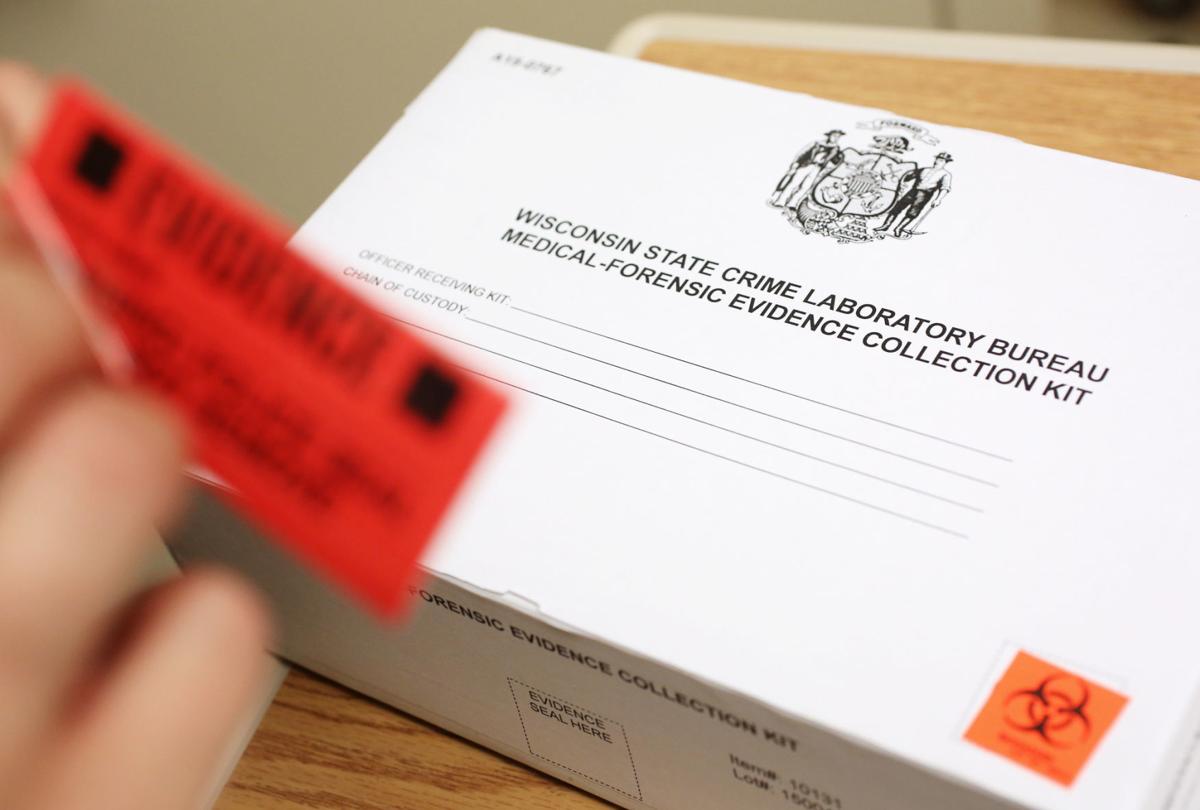 When a victim of sexual assault chooses to file a police report and have the case prosecuted in court, forensic nurses do an exam to collect evidence for analysis and package it in a box like the one shown. The box is shipped to the state Crime Lab by police or nurses. 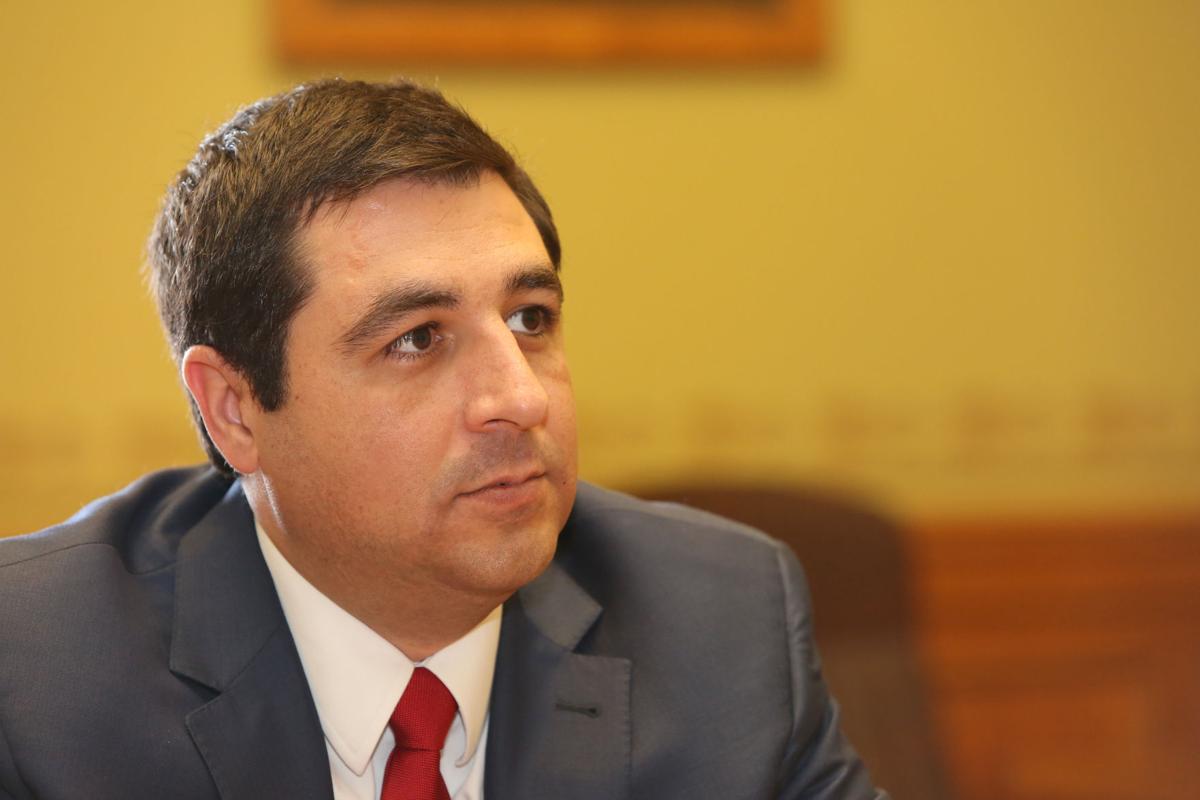