The Latest: One dead in Indianapolis shootings amid protests

The blowout win by Rebecca Dallet makes Wisconsin’s Supreme Court the nation’s highest in percentage of women justices, the latest example of the strength of the liberal, female candidates in the year of the #MeToo movement.

Dallet made advocating for women’s rights a centerpiece of her winning campaign over a conservative, male opponent. She captured the endorsement of Planned Parenthood and a host of liberals on her way to a 12-point win Tuesday.

In January, Dallet and her 16-year-old daughter participated in the women’s march in Milwaukee, joining with thousands of other women across the state and country demanding to be heard.

Dallet’s win comes as a record number of women are expected to run for office this year, both in Wisconsin and across the country. The drive to elect more women comes as Democrats try to feed off of frustration with the election of President Donald Trump and actions by his administration and the GOP-controlled Congress with such issues as health care and immigration.

Updated: Meet the 4 women running for US House seats in Wisconsin

Get to know the four Wisconsin women who are part of the record-setting wave of women running for Congress in the 2018 midterm election.

Dallet’s ability to nationalize the race and promote herself as a slightly liberal moderate “was persuasive to a lot of people,” Owens said.

That was seen in her first television ad, which accused President Donald Trump of attacking civil rights and “our values.” The ad featured images of Dallet in her kitchen with her husband and three daughters as she says, “Looking out for others, it’s just how my mom raised us and how we’re raising our daughters, too.”

Democratic U.S. Sen. Tammy Baldwin, of Madison, is up for re-election in November. One of her two Republican challengers, state Sen. Leah Vukmir, of Brookfield, is a conservative who has made her anti-abortion record a central argument of her candidacy.

A host of other women have filed to run for legislative races in Wisconsin, where Republicans hold a 63-35 majority in the Assembly and an 18-14 edge in the Senate. Women comprise 25 percent of the state Legislature — 32 out 127 lawmakers.

Dallet said in a statement Thursday that women helped fuel her win because of her record and “they know I understand the importance of defending our rights and standing up to special interest influence.”

Her opponent, Michael Screnock, was backed by anti-abortion groups, the state Republican Party and GOP Gov. Scott Walker, who the day of the election signed into law a bill restricting abortion coverage for state workers.

“I feel woman judges are more compassionate and have better understanding,” said 81-year-old Gary Geller, a retired salesman from Madison who voted for Dallet in the February primary.

Analysis: Record number of women run for US House seats in 2018

The number of women running for the U.S. House of Representatives set a record Thursday, the vast majority of them Democrats motivated by angst over President Donald Trump and policies of the Republican-controlled Congress.

Dallet’s victory, while hailed by liberals as a sign of momentum, won’t break the conservative hold on Wisconsin’s high court. Three women and one male justice make up the majority, while Dallet joins two other liberal women. One of them, former Chief Justice Shirley Abrahamson, is the longest-serving woman Supreme Court justice in the country. Abrahamson, now 84, was appointed to the court in 1976, becoming its first female member. She remained the only woman on the court for nearly 20 years, but since 2007 women have been a majority of justices.

Abrahamson, who is up for re-election next year, did not immediately respond to a request for an interview Thursday.

The only other state with as many women on its high court is Washington, where six of its nine justices are women, but in percentage terms Wisconsin will have the most, according to the University of Minnesota’s Smart Politics.

Wisconsin is one of 11 states where a majority of justices are women. Iowa is the only state where no women are on its Supreme Court, while 12 states have just one.

The governor told supporters Wednesday the state's conservative majority is in jeopardy after two losses.

Dallet is the first candidate backed by liberals to win an open seat on the Supreme Court since 1995.

The state paid settlements between 2007 and 2017 to resolve complaints that included allegations of sexual harassment within UW-Madison, UW-Stevens Point, the Department of Corrections, the Department of Justice, by a state Senator and a Barron County judge.

A spokesman said the commission could have a special meeting in the coming weeks to discuss the grants.

Breastfeeding advocates look to ease lactation on the go

New locations are in "first food deserts" — areas where support for breastfeeding is lacking because they lack places to breastfeed or policies and cultural norms that embrace the practice. 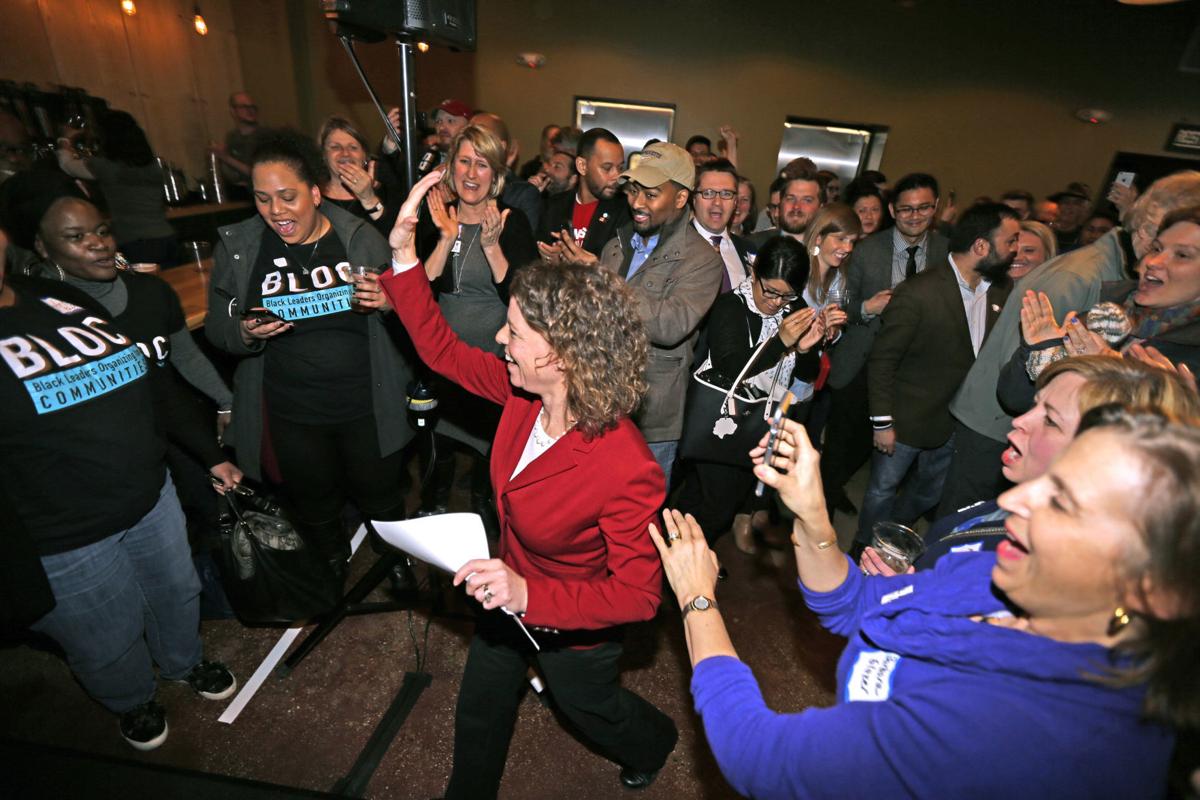 Judge Rebecca Dallet greets supporters on the way to the podium to speak at a victory party Tuesday. Dallet, the latest woman to win election in Wisconsin, defeated Michael Screnock for a seat on the Wisconsin Supreme Court, shrinking the court's conservative majority and giving the court the highest percent of women in the country. 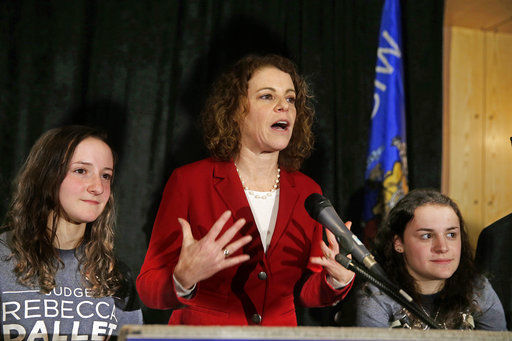 Judge Rebecca Dallet speaks to her supporters as she's joined by her family -- including daughters Rachel, left, and Ellie -- after her election to the state Supreme Court on Tuesday.