For more than a decade, developer Terrence Wall has said a massive, ambitious subdivision north of Lake Mendota would one day be a community for “cradle to grave.”

The newest proposal for the 780-acre Community of Bishops Bay development could aptly deliver on half of that promise: a ‘green’ cemetery.

“We provide everything,” Wall said of Bishops Bay. “You can go to school here. You can get an apartment here. Someday, if you want a single-family home, you can get a single-family home. We’ve got senior housing, independent living planned, maybe memory care planned. And now we’ll have a cemetery. We just don’t have the birthing center yet.”

Still under construction and years from completion, Bishops Bay is envisioned as seven distinct neighborhoods with a mix of housing options, walking and biking paths, parks, a commercial “town center” and even a small lake. The development, which could eventually be home to some 6,000 people, spans the border between the city of Middleton and the town of Westport.

A green cemetery — also referred to as a natural burial cemetery — generally prohibits embalming, requires the dead to be buried in biodegradable coverings such as shrouds, bans vaults, and has ground-level headstones or none at all.

If approved by Middleton officials, it would be only the second “natural burial grounds” in Wisconsin, certified by the Green Burial Council. The other green cemetery is outside Verona.

“We are proposing something that we thought was very benign, very green, very park-like,” Wall said. “It’s going to be a terrific amenity.”

The proposed 20-acre cemetery could have space for several thousand burial sites. Family members could pick out a tree, bush, flowers or other greenery to plant at the burial site, Wall said. It would also include a section for veterans to be buried and another for pets.

But the idea is being criticized by some residents of Bishops Bay because the land was initially slated to be a school, greenspace or another civic use in the master plan for the subdivision.

To build on the land, which is a filled-in quarry, it would have to be better compacted, Wall’s application said.

Middleton city administrator Mike Davis said the change in plans “might have surprised some.” He called a cemetery a “relatively low-intense use.”

Middleton looks to tighten up loose laws for chickens

Constance Royko lives in one of three houses immediately west of where the proposed cemetery would be located on the otherwise rural Oncken Road.

Having lived on the road her entire life and in her current house since 1974, Royko, 70, said she’s concerned about what a cemetery might do to the groundwater that supplies the wells for her and her neighbors or whether the coyotes in the area present a problem.

She said she wishes the city’s decision-makers would consider the perspective of the longtime area residents.

“I would love to have somebody try to put (a cemetery) next to their homes that they’ve lived all their lives and see how they react to it,” Royko said.

Last week, Middleton’s Plan Commission put its support behind a zoning amendment for Bishops Bay to include the green cemetery after previously not taking a position on it.

Commission member Gretchen Erdmann-Hermans said she was having a hard time reconciling the proposed cemetery with plans from the developer and city identifying the lot as a potential greenspace.

“I understand the space will look green, but it’s not a place you could walk with your dog. My dog would dig in a fresh grave like down 2 feet in 30 seconds flat,” she said. “Nobody can fly a kite there, because there’ll be gravestones.”

Despite some reservations, the commission unanimously supported rezoning the land for a cemetery. A joint zoning committee made up of Middleton and Westport representatives did not make any recommendation on the project, said Westport town administrator Tom Wilson, because of “trepidations” on the part of some committee members.

The committee did offer a set of conditions, though, if the proposal is approved, he said. The City Council is scheduled to vote Tuesday on the zoning change and accompanying conditions. If approved, a more detailed plan for the cemetery will need to be submitted and passed by the council.

Wall said he hopes work on the green cemetery could begin next spring.

At full buildout, Bishops Bay could have nearly 3,000 housing units, essentially the size of a small city. Currently, the community has a city park, a recently opened church with a private school, and approximately 200 single-family homes and about 270 apartment units.

“It’s a real community,” Wall said. “A subdivision is just a place you go to sleep and you go to work in the morning.”

The majority of the housing units — approximately 2,440 — would be in Middleton, and about 510 units would be in Westport. Approximately a third of the acreage would be open space or environmental corridors.

The development is generally bounded by Highway Q to the west, Oncken Road to the north, Highway M and Governor Nelson State Park to the east, and existing development, Holy Wisdom Monastery and the Bishops Bay Country Club to the south.

Watch now: More people using 'green' burials to return to the earth when they die

The city and town formed the joint zoning committee in 1997 to guide development along the border of the two municipalities and transition from urban Middleton to rural Westport. Other plans to develop the area were proposed before Wall announced the Bishops Bay project in 2009.

Construction started in Middleton in 2012. One of the neighborhoods, known as The Back Nine, now has all 170 lots fully built or sold, Wall said.

Wilson said he thought development in the town — where about 25 houses are constructed or permitted to be built — might have happened sooner. But the pace has recently picked up in that area of the development, he said.

“Our Town Board is a strong believer in cornfields and hayfields,” Wilson said. “They’re not unhappy it’s taken some time. (Wall) has met all of his obligations. It’s moving forward. It hasn’t moved forward any faster than any other development in the town of Westport.”

Other parts of the development, which have been under construction for nearly a decade, are hung up until utilities are extended. Going forward, Wall expects it will take at least another 10 years before Bishops Bay is built out.

In public comments this fall, some residents of Bishops Bay worried a cemetery would drag down property values in The Back Nine neighborhood, where houses run as high as $2.2 million, and expressed concerns about groundwater contamination. Opponents argued the master plan identifying a school for the land was a major factor in deciding on the neighborhood.

Wall said the Waunakee School District, which covers the entire Bishops Bay development, was initially interested in opening a school in Bishops Bay but has chosen to explore a site somewhere else. As for the master plan changes, he said the covenants and purchase contracts make it clear the development can change over time as it adjusts to the realities of the market.

Wilson said the cemetery is “a little different” from the original idea for a school. Some people may have moved to the neighborhood anticipating there was going to be a school there, he said. For residents living near the would-be cemetery, though, Wilson said it would at least be quieter than a school.

“It’s an interesting idea,” Wilson said. “Should you be really upset about this, or is it like, ‘Oh, I don’t know, it’s not quite what the plan was, but man, it may be better.’ That’s kind of what I think the city’s dealing with now.”

Photos: From tree to yard to table, the journey of local black walnuts

Cold enough to snow, but no precipitation in the forecast for southern Wisconsin

A warming trend will have highs back near 60 for southern Wisconsin by the end of the weekend, according to forecasters. 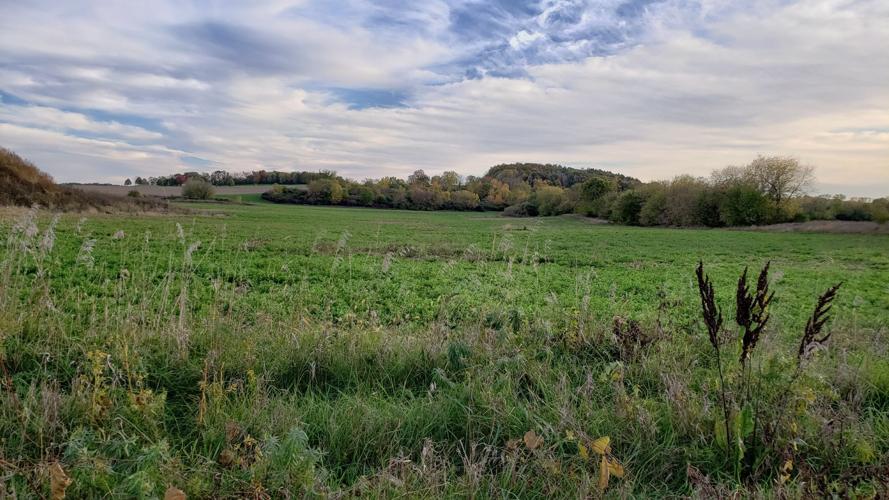 A filled-in quarry, above, in the Community of Bishops Bay could become a "green" cemetery under a new proposal. 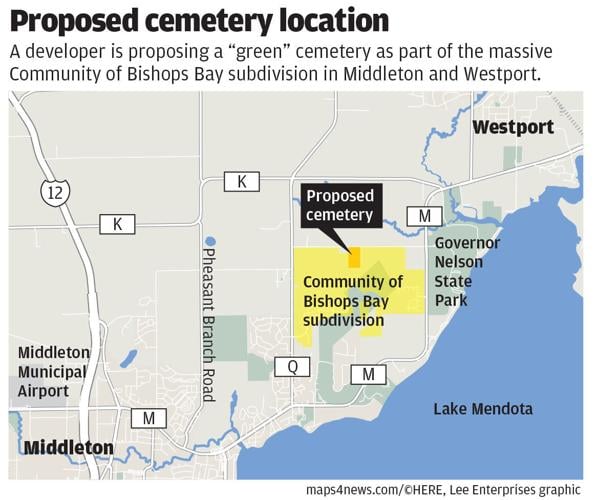