With a recent study showing a link between alcohol and increased crime and building code violations, three Madison City Council members are looking to expand and make permanent an area of the Downtown where no additional bars or liquor stores are welcome.

The proposal from Alds. Mike Verveer, Patrick Heck and Sally Rohrer — all of whom represent the central city — would double the size of the so-called Alcohol Overlay District from about four blocks to nine blocks bordered by North Lake Street on the west, Langdon Street on the north, North Henry and West Johnson streets on the east, and University Avenue and West Gorham Street on the south.

The proposal comes after a study released last month found that as the number of bars, liquor stores and other places that sell alcohol in an area go up, so do the number of police calls and need for building inspection services, with the cost to provide those services in areas with the most liquor licenses more than double the cost to provide them in the areas with the fewest.

The study by the city’s Finance Department and city-Dane County public health department held little surprise for Verveer, 4th District, or the chairman of the city’s Alcohol License Review Committee, and aligns with what the study called the “significant body of research regarding the association between alcohol outlet density and alcohol-related problems.”

That link has led groups including the U.S. Centers for Disease Control and Prevention “to recommend alcohol outlet density control be used to minimize alcohol-related community harm,” the study reported.

Madison has long struggled with how much alcohol availability Downtown is too much, especially as shopping malls and then online retailing helped turn the city’s historic Downtown from a retailing mecca into one known more for bars, restaurants and other nightlife.

Former Mayor Paul Soglin in January 2018 proposed barring almost any new liquor license in an area of the central city stretching from Monroe Street on the Near West Side to just west of the Capitol. The targeted area was later reduced in size, but the proposal was repeatedly referred by city committees until the City Council formally shelved it in December, when the council also directed staff to conduct the alcohol density study.

Before the Alcohol Overlay District went into effect, the city’s 2007 Alcohol License Density Ordinance banned new taverns in a much larger area Downtown — essentially the entire Isthmus between Blair and Park streets.

The overlay district had been set to disappear on July 1 of this year but was extended until Dec. 31 to give city and county staff time to complete the density report. Under the proposed ordinance, the district would become permanent.

Most recently, in May, some 14 taverns Downtown agreed to have restrictions added to their licenses that prohibit people from entering after 1:30 a.m. on Friday and Saturday nights, or an hour before closing. Seven other bars had agreed to the restriction in 2018.

Police said then that the restriction had helped to curb the number of troublemakers in the area.

Last month’s study did not make any formal recommendations, but it did specifically reject the notion of charging liquor license holders a special fee to cover the additional cost associated with lots of booze in a confined space.

One shopper said she went to State Street Friday to find meaningful gifts for her family and friends that they wouldn’t be able to find at chain stores.

Putting retail or commercial spaces on the first floor of new developments "activates the street" for pedestrians, according to the city's Planning Division, but developers say the policy is too strict. 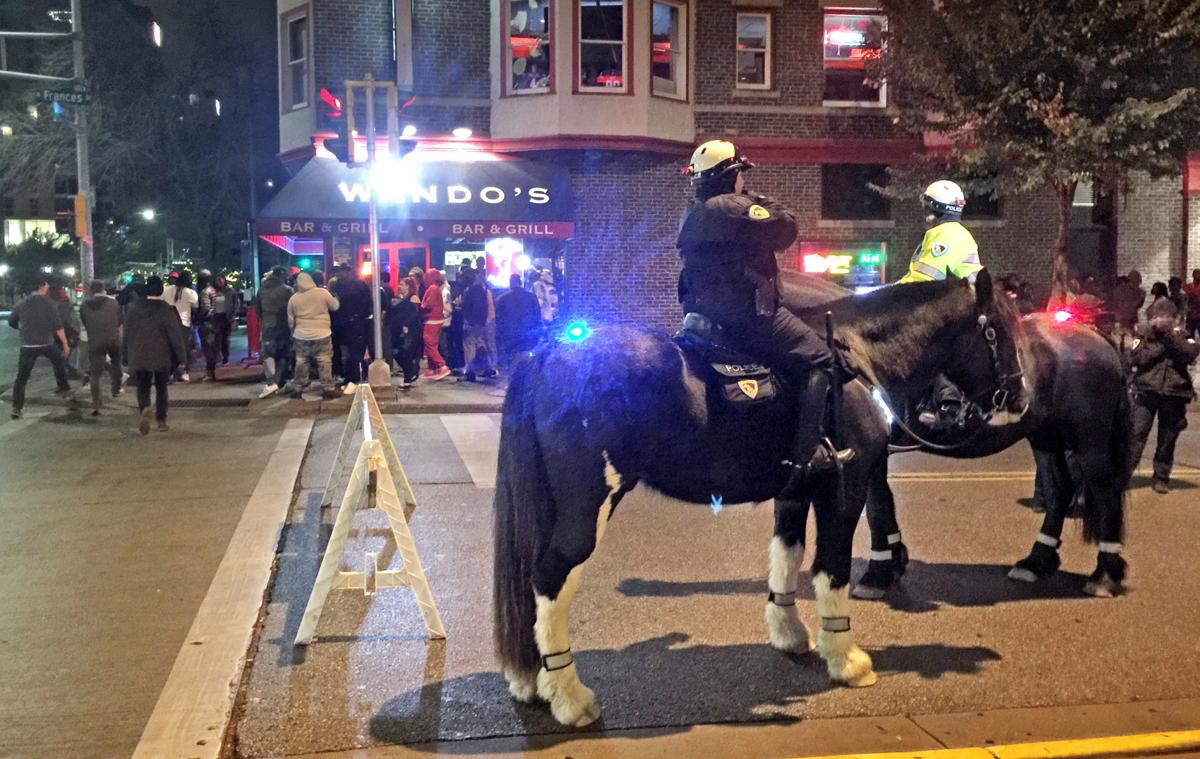 Madison police patrol on horseback near the intersection of North Frances Street and University Avenue in 2017. The area has been a hot spot for alcohol-related police calls. 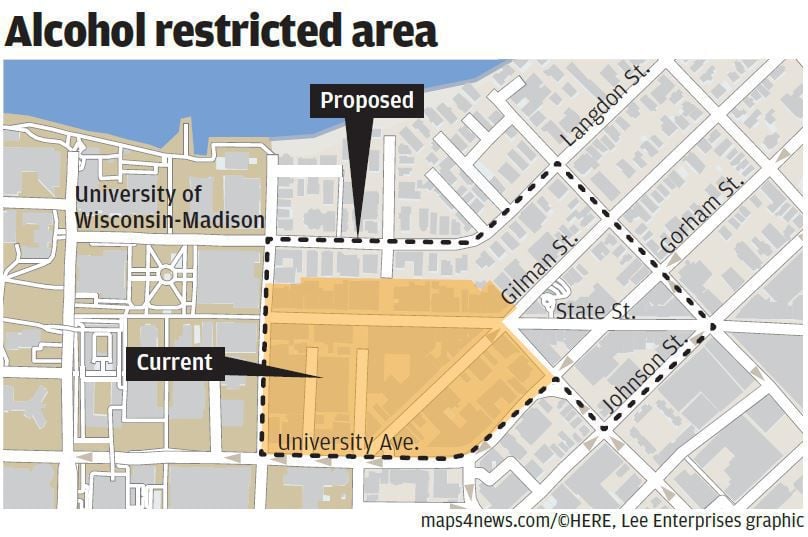