It was a deadly rivalry that shaped the Wonder Bar.

In 1927, the infamous mobster Al Capone began pressuring rivals Roger “The Terrible” Touhy and Matt Kolb to become partners with him. When the Touhy gang refused, Capone opened several houses of prostitution in Touhy territory, sparking a gang war, according to a draft city landmark nomination for the Wonder Bar submitted by the Madison Trust for Historic Preservation in late 2008.

The following is drawn from the landmark nomination, which was withdrawn at the request of the property owner in 2009:

The Touhy roadhouses were the scenes of several casualties of the conflict, including the deaths of two of the six Touhy brothers and Kolb at establishments in Illinois between 1927 and 1931.

The two-story Wonder Bar, financed by Roger Touhy and built around 1930, is said to have been the site of a shootout, but no supporting evidence has been discovered. The involvement in the family gang by Touhy’s brother, Eddie, who lived in the apartment upstairs, is unclear. But if he wasn’t involved, he would have been the only one of six Touhy brothers who wasn’t.

Originally dubbed “Eddie’s Wonder Bar,” the building’s fortress-like appearance enhanced its myth, which included claims of a body buried behind a second-floor fireplace, bulletproof window glass and hidden compartments for weapons storage in the circular booths set in the building’s towers. The wooden bar is said to have come from Chicago. The basement is unfinished, but the entrance of what is supposed to have been a secret tunnel out of the building can be seen on the east wall.

In 1934, for the kidnapping of Jake “The Barber” Factor, the brother of cosmetics company founder Max Factor, Roger Touhy was sentenced to 99 years in prison at the Statesville Correctional Center near Joliet, Illinois. Touhy, who maintained he was framed, escaped on Dec. 9, 1942, leading to a final brush with the Wonder Bar.

“I need a substantial bankroll, just in case I had to pay off a bribe or get out of Chicago,” Roger Touhy said in the book, The Stolen Years, published in 1959. “My best source was my brother, Eddie. He owned a roadhouse, Eddie’s Wonder Bar, near the state fairgrounds outside of Madison, Wisconsin.

“But getting a meeting with him was almost as tricky as getting out of Statesville,” he said. “The FBI would be sticking as close to him as hogs to a swill barrel. His phones would be tapped. If he got caught with me, it would be a harboring rap for him.”

Roger Touhy arranged for an intermediary to travel to Madison.

The intermediary reported back, “There are a lot of guys acting like surveyors around your brother’s club ... They got spyglasses set up on tripods so as to get a fix if you try sneaking up to the joint across the fields or though the fairgrounds.”

Roger Touhy replied, “They’re FBI men. They hang around Eddie’s bar and peek through the windows of his living quarters at night. I told him to have his messenger make damn sure he isn’t tailed when he comes to Chicago.”

Although Eddie Touhy wanted to fix his brother up with a hideout in Arizona, Roger Touhy stayed in Chicago, saying he “wasn’t going to bury myself in some hole in the desert.” He was recaptured on Dec. 29, 1942.

Roger Touhy was paroled in November 1959 and shot to death gangland-style the next month, his killers never identified.

On the way to the hospital, Touhy allegedly told a reporter, “I’ve been expecting it. The bastards never forget.”

The two rounds of storms are expected Wednesday afternoon and night, but the development of the second round will depend on how fast the first round clears out, forecasters say. 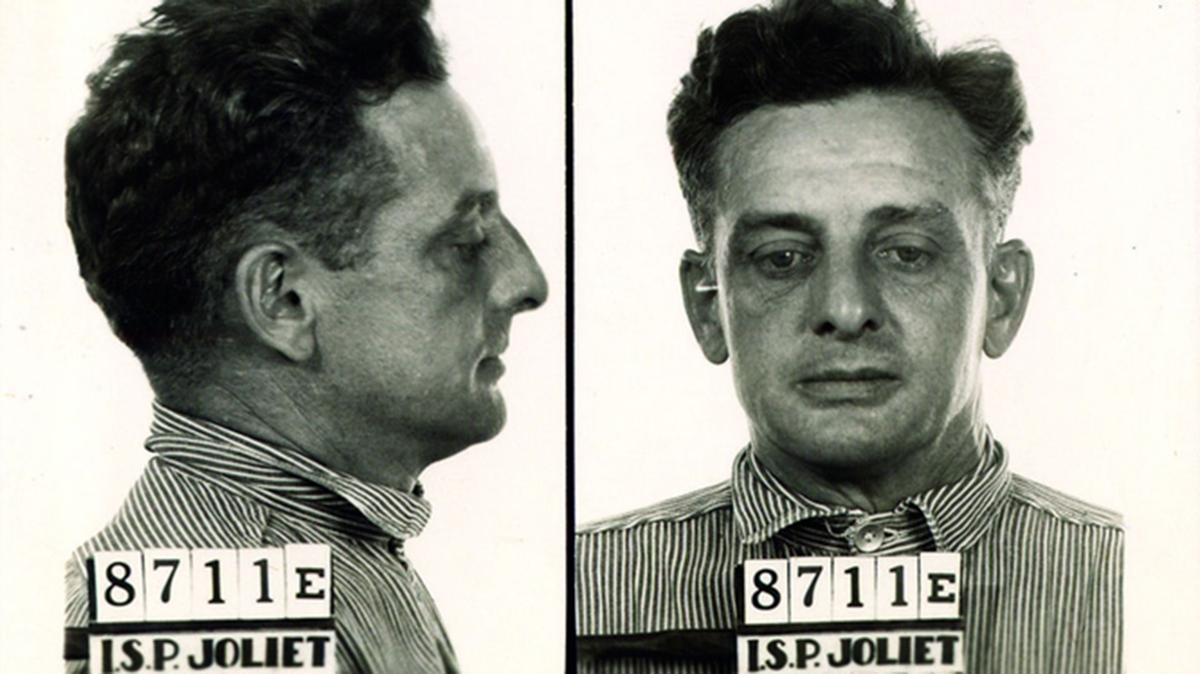 Booking photos of Roger Touhy, who financed the construction of "Eddie's Wonder Bar" in Madison, named for his brother. 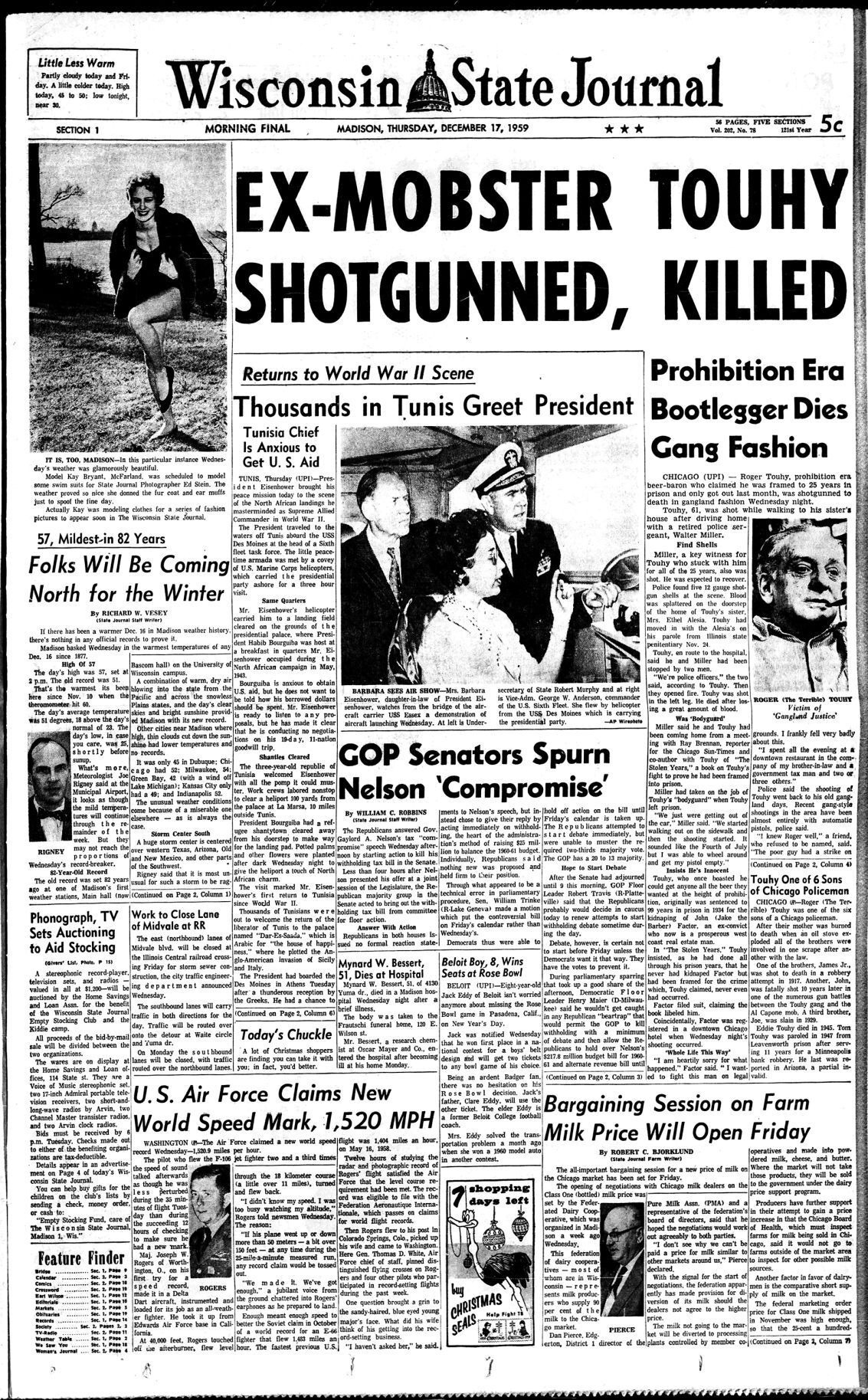 The Wisconsin State Journal's Dec. 17, 1959, report on the killing of Roger Touhy, who financed the construction of "Eddie's Wonder Bar," named for his brother. 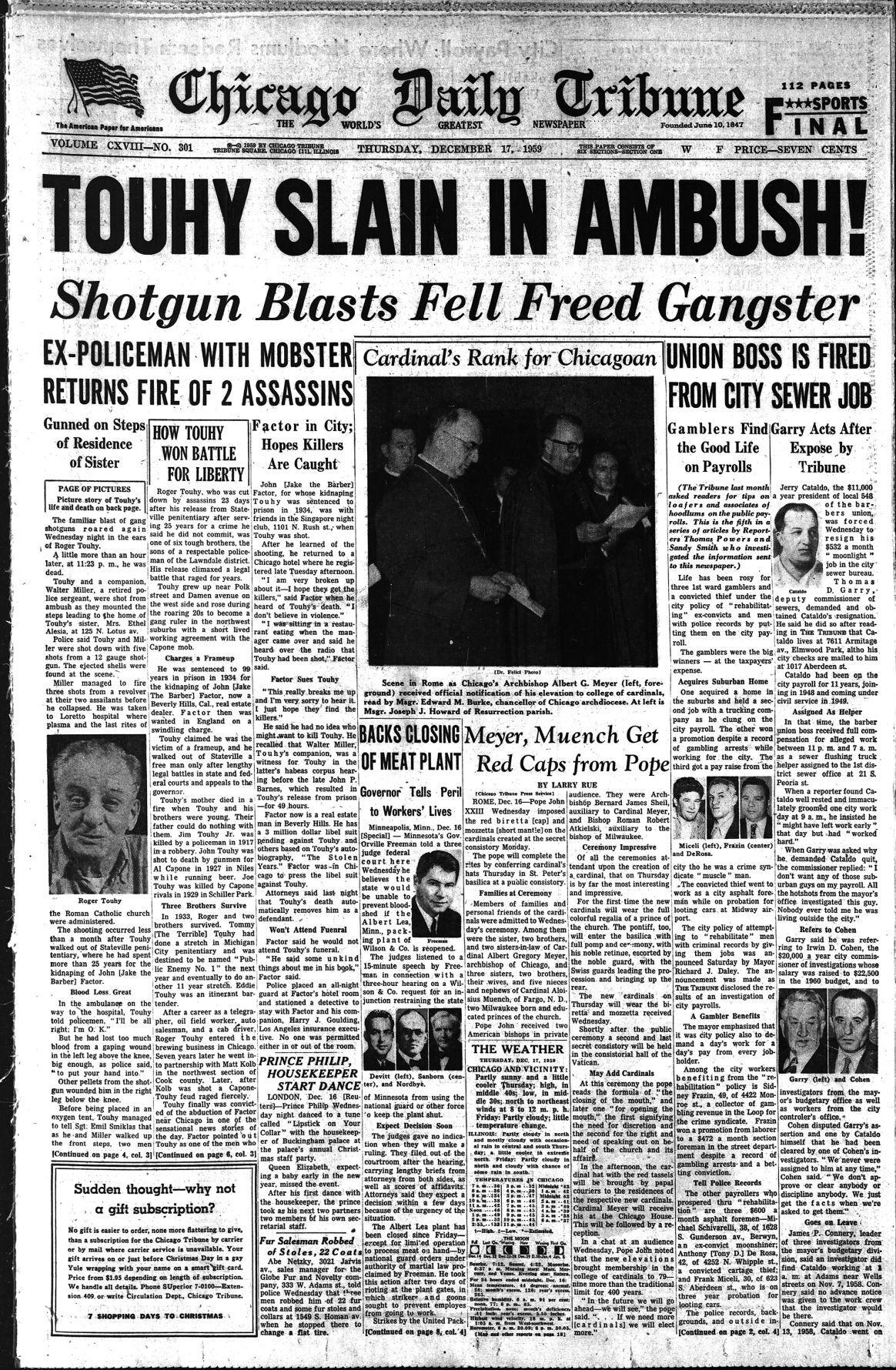 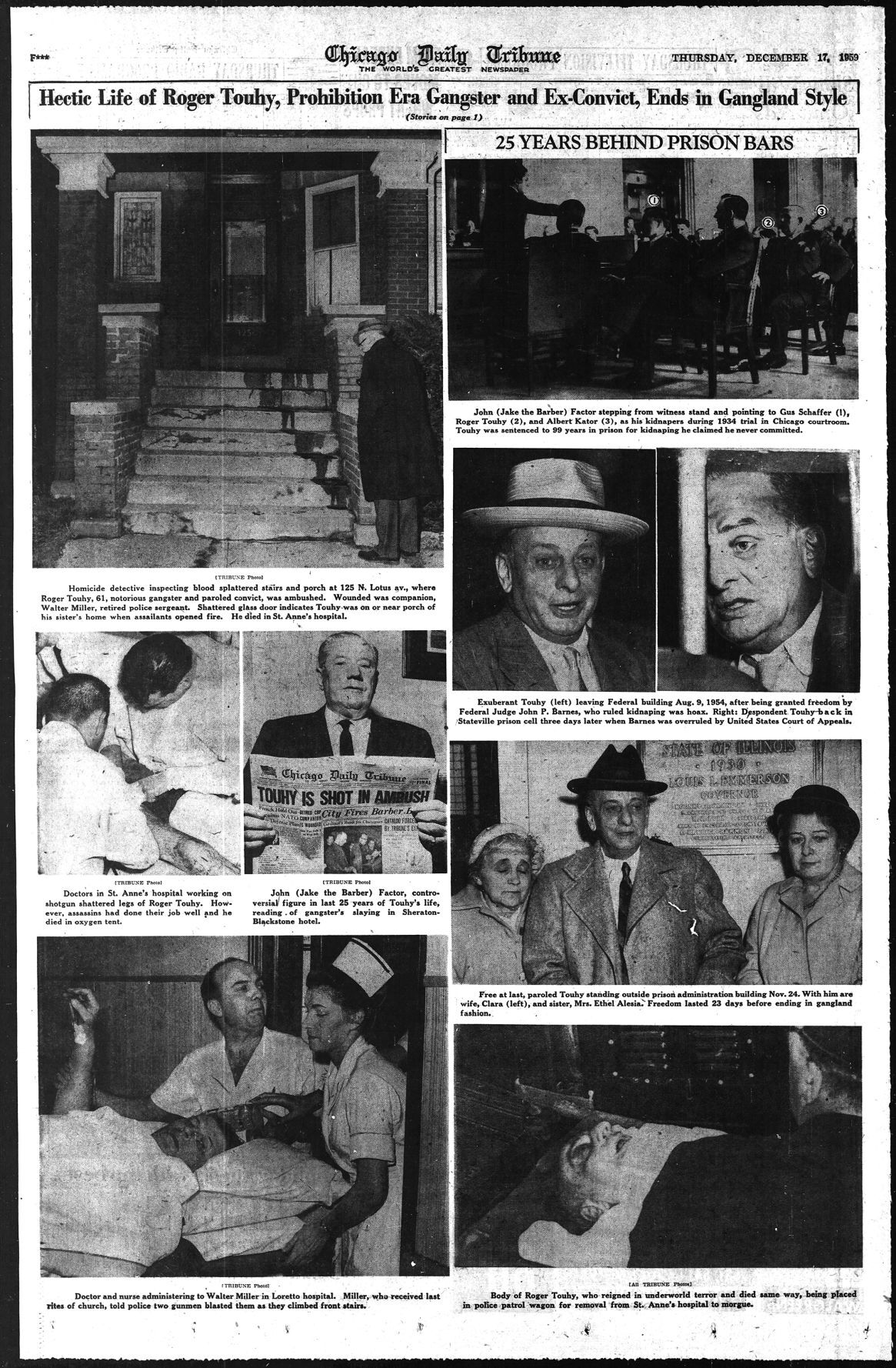