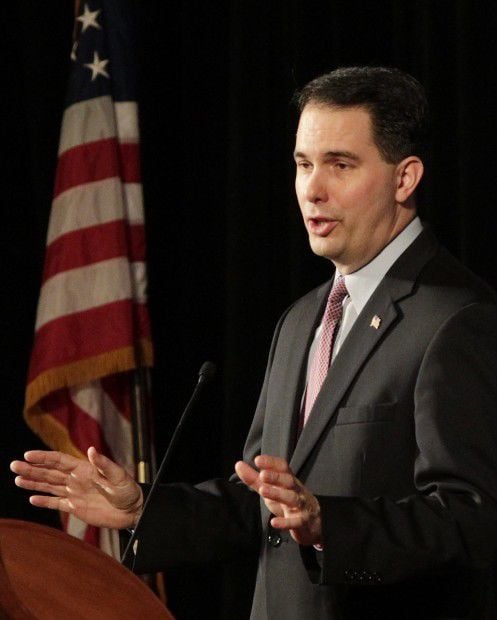 Well known in conservative circles, Gov. Scott Walker has his work cut out for him if he's going to raise his name recognition nationally, pollsters say. 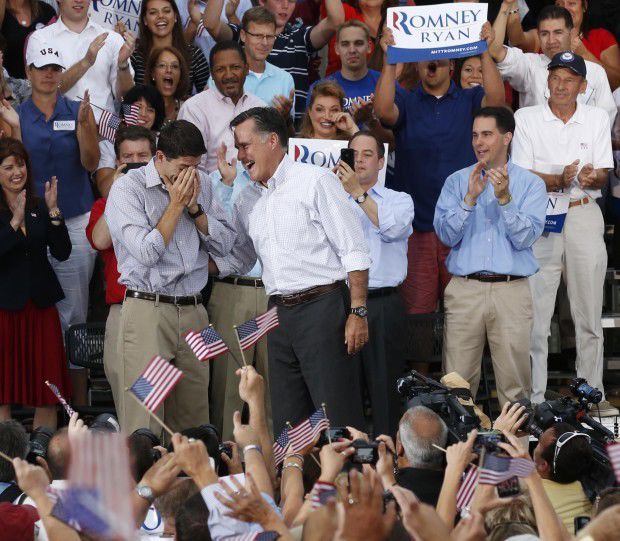 In just a few days, Gov. Scott Walker will head to the heart of Iowa — where the 2016 presidential race will likely begin — and take center stage before that key state’s Republican party faithful.

But Walker, who developed a national conservative cult following after effectively ending collective bargaining for public workers and surviving an ensuing attempt to oust him from office, is downplaying the political significance of Thursday’s trip to the Des Moines area, where he will deliver the keynote speech at a fundraiser hosted by Iowa’s largest GOP committee, the Republican Party of Polk County.

“Yeah, I’m going to Iowa, but I get invited to other states that have nothing to do with presidential politics,” Walker recently told reporters. “(Iowa Gov.) Terry Branstad is a good friend and asked me to come on over. I said, ‘We’ll do that.’ I do other surrounding states. It’s an easy trip, to still put a good day’s work in and get over to Iowa.”

Walker may be shrugging off chatter about 2016, but political observers see plenty of signs he is considering a run for president after his 2014 re-election campaign is over. He’s working on a book about his life, tentatively titled “Unintimidated: A Governor’s Story and a Nation’s Challenge.” And Walker readily admits he’s traveling around the country for high-profile fundraisers and other conservative gatherings, from New Orleans to Iowa, Washington, D.C., to California.

“We used to call this period ‘testing the waters.’ I think that’s what he’s doing,” said Larry Sabato, director of the University of Virginia’s Center for Politics. “He can’t be explicit yet. But I think he’ll run.”

Sabato said Walker will need to wait until after his gubernatorial re-election campaign wraps up in November 2014 before signaling that he plans to get in the presidential race. But he added that Walker appears to be well-positioned to win re-election, and suggested paying close attention to his campaign finance lists.

“If a lot of them on the list are big donors, they’re getting in on the ground floor,” he said.

Sabato, a well-known political scientist and prognosticator, already put Walker at the top of his initial “Crystal Ball” rating of 2016 Republican presidential contenders last month. Walker was atop the “first tier,” above well-known GOP politicians like Florida Sen. Marco Rubio and New Jersey Gov. Chris Christie — while his friend and fellow Wisconsinite, Rep. Paul Ryan, was relegated to the “third tier.”

In an article announcing the list, Sabato and his colleagues said Walker’s rise reminded them of Obi-Wan Kenobi telling Darth Vader in “Star Wars” that, “If you strike me down, I shall become more powerful than you can possibly imagine.”

“In Walker’s case, Democrats tried — and failed — to strike him down in a recall election last year,” they wrote. “Not only did Walker survive, but this unscheduled political war elevated him to stardom amongst conservatives across the country. If Walker were to become the Republican presidential nominee, Democrats will have helped it happen.”

Virginia-based Republican political strategist and pollster Gene Ulm agreed Walker should not be overlooked as a strong presidential contender.

“I think he is a leader among leaders. Particularly, when you look at Republicans, they’re looking outside of Washington. And he’s a huge conservative leader,” said Ulm, who works with the GOP polling company Public Opinion Strategies and polls in Wisconsin and across the country. “I think folks would do well to pay attention. He’s breathing life into the party.”

Ulm, who counts Ryan among his clients, said both the former vice-presidential candidate and Walker “would be a force to be reckoned with” if either chooses to run. But he noted the next presidential primary season is “dog years away.”

While Walker has built a loyal following among Republican activists, it’s unclear whether his name recognition could compete nationally with other likely contenders among GOP-leaning voters who are less politically engaged, said Charles Franklin, polling director for Marquette University Law School.

“The (national) polling is showing that the rank and file have a long way to go to know him,” Franklin said.

The latest Marquette poll, released Tuesday, found that Ryan — not Walker — leads the field for the 2016 Republican presidential nomination in Wisconsin. The poll found 27 percent of Wisconsin Republican voters and independents who lean Republican support Ryan, and 21 percent support Rubio. Walker received support from 16 percent, leaving him in third place, according to the poll.

The Marquette poll also showed former Secretary of State Hillary Clinton, a Democrat, leading all potential GOP nominees among registered Wisconsin voters, with the closest race between Clinton and Ryan at 48 percent to

44 percent. When up against Walker, she led 50 percent to

42 percent, according to the poll.

Ryan was not available for an interview, spokesman Kevin Seifert said.

Franklin said Walker still has time to bolster his national following, adding that his frequent political trips can help position him to run and build his name recognition.

Wisconsin Democrats agree Walker has set his sights on a presidential run, but say it’s distracting him from his job as governor.

Mike Tate, chairman of the Democratic Party of Wisconsin, said Walker’s political aspirations are preventing him from tackling serious problems facing the state, such as lagging jobs numbers — Wisconsin has fallen to 44th out of 50 states in private-sector job creation — and a slew of troubles at Walker’s flagship jobs agency, the Wisconsin Economic Development Corp.

“Scott Walker, the only thing he’s cared about his entire career is what his next job is going to be,” Tate said. “Instead of staying home working to fix the problems that he created, he is out campaigning for president in other states.”

Walker said his travel schedule is nothing unusual.

“Governors do that all the time, no matter what their profile is, of both parties,” he said. “We go to governors’ events, we do things here or there. ... And to the extent that whatever profile I have helps us reach out to would-be employers who might be interested in coming to the state of Wisconsin, so much the better.”

Walker has repeatedly insisted that his current job is his priority, noting he had to win the position in two elections during his first term because of last year’s recall attempt.

“In the end, I’m going to continue focusing on being governor,” he said. “People elected me to be governor not once, but twice. I’m focused on doing that every day.”

But Ron Bonjean, head of the Washington, D.C.-based public affairs firm The Bonjean Company, said Walker would be a strong contender if he steps into the fray.

Whatever Walker decides, he likely won’t announce any possible presidential plans until early 2015, said Peverill Squire, a political science professor at the University of Missouri.

“It’s hard for a candidate who has to run for re-election in 2014 to talk about running for president in 2016. He really has to focus on his re-election,” Squire said. “I think he would have to make a decision to put together an exploratory committee in early 2015.”

But Squire said he’s sure the thought of making a presidential run in 2016 “has crossed his mind.”

U.S. Republican Sen. Ron Johnson from Wisconsin joined in a Juneteenth Day celebration in his home state only to see his speech drowned out by a chorus of boos.

Republicans say their plan to give $408 million to school districts without increasing their ability to spend it will qualify the state for $2.3 billion in federal COVID funds.

GOP leaders said the tax cuts would result in $1,200 in savings for a typical family over the two-year period. Most would go toward individuals making $100,000 or more.

Well known in conservative circles, Gov. Scott Walker has his work cut out for him if he's going to raise his name recognition nationally, pollsters say.