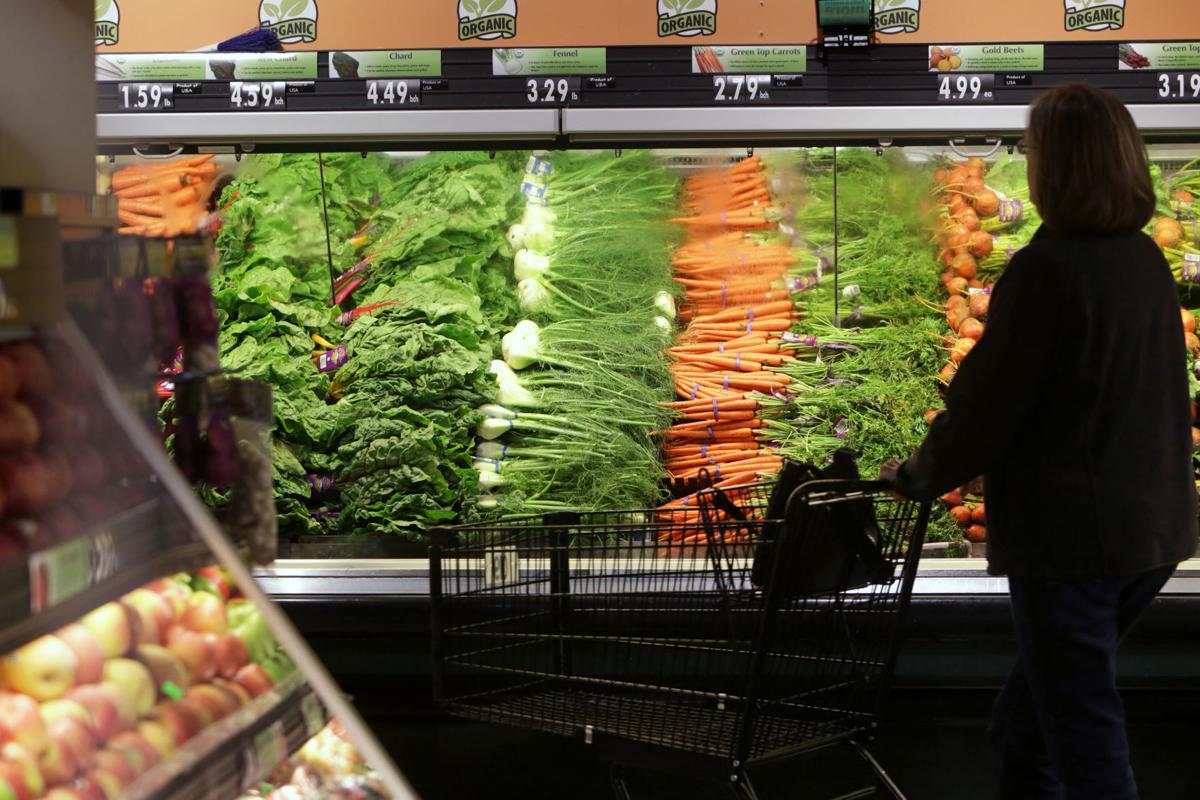 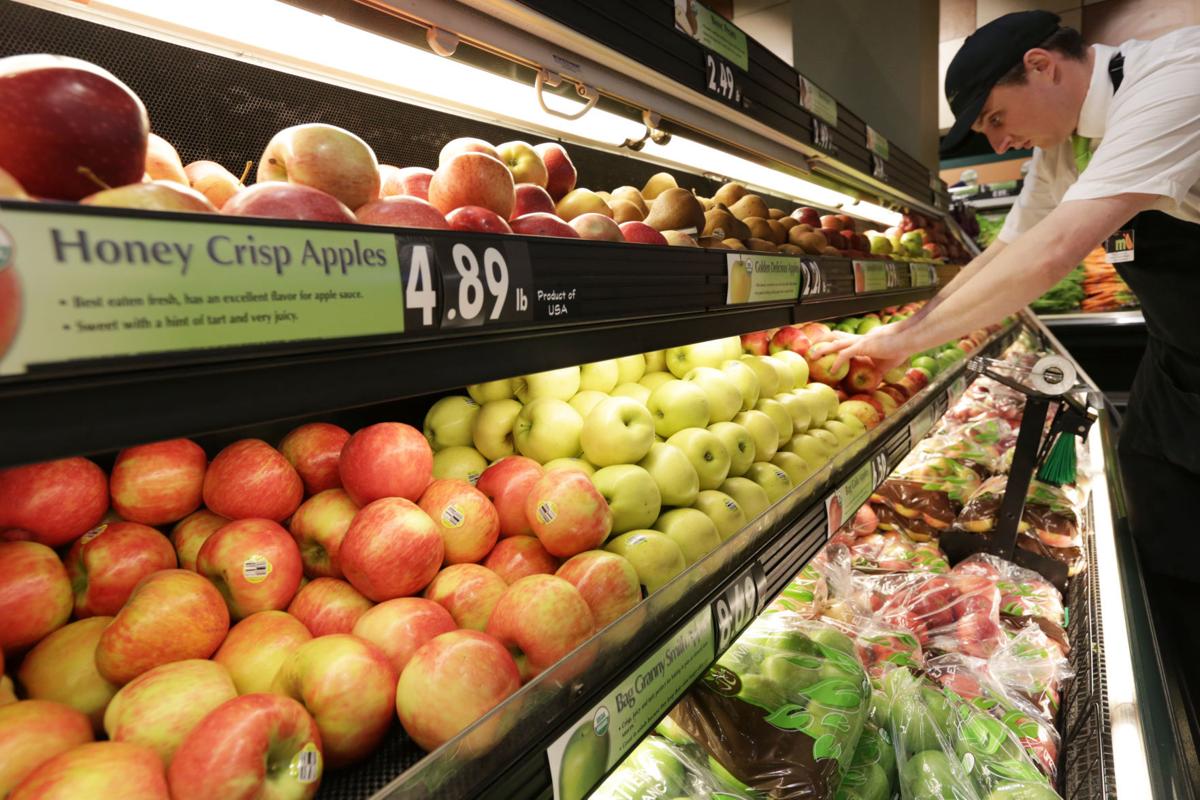 Employee Chad Schwoerer unloads boxes of apples in the produce section at Metcalfe's Market at Hilldale Shopping Center in Madison. Lawmakers want to encourage FoodShare recipients to buy more fruits and vegetables under one bill up for a public hearing this week. Another bill before lawmakers this week would prohibit FoodShare benefits from being used to buy junk food.

Lawmakers this week will take up measures aimed at promoting healthier eating among Wisconsin residents using food stamps and putting new limits on what kind of food can be purchased using the taxpayer-funded assistance.

An Assembly committee on Tuesday will hold a public hearing on two bills: one that provides discounts on fresh produce and other healthy foods for recipients of the federal Supplemental Nutrition Assistance Program, which is known as FoodShare in Wisconsin, and another bill that would put new restrictions on what kind of items can be purchased with food stamps.

The hearing on the two bills is likely to renew a debate over whether the state should be seeking to control further what kind of groceries welfare recipients can buy — an effort that has failed in the state Legislature more than once in recent years and would require permission from the federal government.

A 50 percent discount would be applied to fresh produce for FoodShare recipients under a bill proposed by Rep. Mike Rohrkaste, R-Neenah, and Sen. Sheila Harsdorf, R-River Falls, which creates a pilot program that gives the discount to 2,000 FoodShare recipients in rural and urban areas and “various discounts” on other healthy food options.

“Because we know what we consume affects our health, we focus on eating more fruits and vegetables and we encourage our children to do so as well,” Rohrkaste wrote in an Aug. 30 memo seeking support from other lawmakers. “Unfortunately, those participating in FoodShare may find it challenging to access fresh fruits and vegetables.”

The Department of Health Services must seek proposals from groups to administer the pilot program through a state contract, which would include requiring the contractor to manage all financial transactions between and among the food stamp recipients, retailers, food manufacturers and the DHS, according to the Legislative Reference Bureau.

A fiscal estimate from the DHS shows a one-time cost for the proposed pilot program could be $700,000, which could not be absorbed into the department’s budget and likely would not receive federal matching funds, DHS officials said.

Rohrkaste said the idea came from a program called Healthy Savings that UnitedHealthcare started in Wisconsin in 2015. The program provides a card to the insured that is tied to digital coupons at participating stores.

“(Recipients) are eating healthier foods, but they’re also making their benefits go farther,” Rohrkaste said of the new proposal. “For the same amount of money they’re buying double the fruits and vegetables.”

Rohrkaste said money also will be dedicated to studying whether recipients changed their food consumption behavior.

“It’s a carrot program — literally — to encourage people to buy fruits and vegetables,” he said, noting the health benefits to increasing consumption of non-processed food.

Brandon Scholz, president of the Wisconsin Grocers Association, said his members oppose the “well-intentioned” proposal because, in part, previous efforts in other states have not prompted widespread changes in established eating habits and the bill does not outline how retailers will be reimbursed for providing the discount.

“It doesn’t work,” Scholz said. “The people you are trying to convince to buy more cucumbers and radishes and lettuce and carrots and fruits and vegetables aren’t necessarily in the mindset to eat healthier.”

Rohrkaste said the cost of the program to the state is supposed to largely go toward reimbursing the retailers.

Sherrie Tussler, executive director of the Hunger Task Force, said her group supports the bill because it provides incentives for healthy eating.

Another bill proposed by Rep. Treig Pronschinske, R-Mondovi, would create a pilot program to require participating FoodShare recipients to use their benefits to buy foods, food products and beverages “that have sufficient nutritional value.”

Under the bill, the DHS must identify categories of groceries considered not to have sufficient nutritional value and prohibit FoodShare benefits from being used to buy them.

A spokesman for Pronschinske did not respond to a request for an interview.

Similar proposals have failed in previous years under the weight of opposition from powerful business groups and federal rules that prohibit restricting purchases of “junk food” using food stamps.

Hunger Task Force also opposes the bill. Tussler said the bill “seeks to control what the poor can purchase after making broad assumptions about what they do purchase.”

Tussler said directing the DHS to label foods as being sufficiently nutritional or not is a “rather weighty” undertaking that would require state officials to navigate lobbying from large food companies arguing their products or produce meet the proposed standard.

“Since the undertaking is ridiculous as a project, the sponsors of the legislation are wasting their time,” she said.

When asked whether DHS officials support the two bills, spokeswoman Elizabeth Goodsitt said: “Our position is that of an agency committed to protecting and promoting the health and safety of the people of Wisconsin.”

A proposal to limit the kinds of foods purchased with food stamps is more complicated and controversial than initial appearances.

A proposal to limit the amount of unhealthy food that Food Share recipients buy with government assistance failed to get a vote in the state Senate last year.

Bill would bar UW employees from working at Planned Parenthood

University of Wisconsin employees would no longer be allowed to work part-time at Planned Parenthood under a bill supported by anti-abortion advocates that's up for a public hearing.

The bills would increase the number of hours food stamp recipients must work to receive benefits and require Medicaid recipients to pay child support.

Employee Chad Schwoerer unloads boxes of apples in the produce section at Metcalfe's Market at Hilldale Shopping Center in Madison. Lawmakers want to encourage FoodShare recipients to buy more fruits and vegetables under one bill up for a public hearing this week. Another bill before lawmakers this week would prohibit FoodShare benefits from being used to buy junk food. 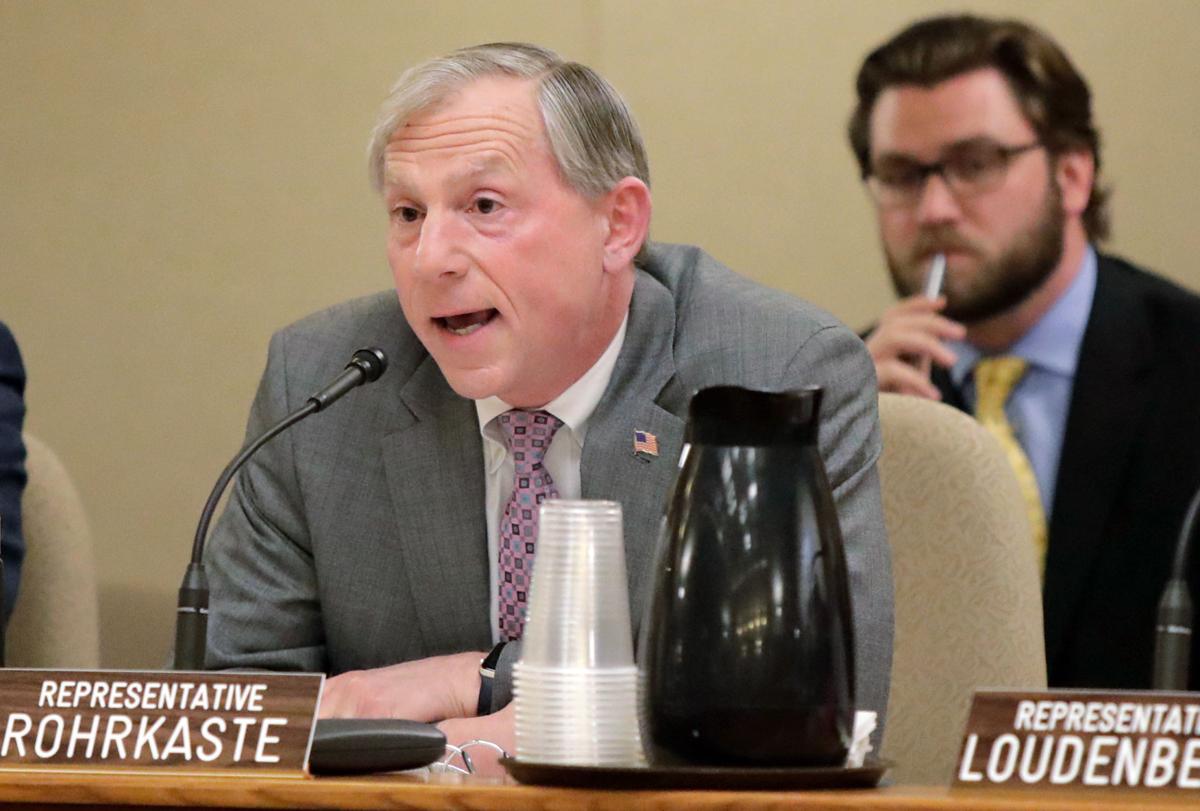 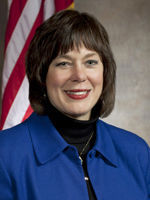 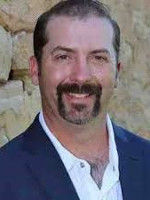