When the federal government opened up applications for Restaurant Revitalization Fund grants earlier this year, Ian’s Pizza jumped at the opportunity for COVID-19 assistance.

But of Ian’s seven locations in Madison and Milwaukee, only three were ultimately approved for funding.

The popular pizza chain fared only slightly better than Wisconsin applicants as a whole. Of the 5,871 Wisconsin businesses that requested more than $994 million in federal funding, only 2,095 businesses were approved for about $379 million, according to the U.S. Small Business Administration, which administers the federal grant program.

Nick Martin, managing partner with Ian’s Pizza in Madison, said he’s grateful for the funding, but added that for every Wisconsin business that received grants, there’s almost two state applicants that were not approved for the limited funds.

“While three of these (Ian’s Pizza) restaurants got some extra funds, four of them didn’t so now what do we do? How do we spread out this good, how do we actually use this to dig out of the hole that we’re in?” Martin said. “The four that didn’t get it are going to struggle for a while to try to figure out how to make that work, but I think we’ll be OK.”

All told, the Small Business Administration received more than 278,000 eligible applications for an available $28.5 billion in grant funds. With about 101,000 applications approved, there remains another roughly 177,000 businesses nationwide that did not receive funds.

In order to be eligible for grant funds, businesses had to show that pandemic-related losses surpassed any federal Paycheck Protection Program funding they received, which was provided to help businesses cover workforce costs during the pandemic.

With hopes of assisting businesses that didn’t receive funding, members of Congress have co-sponsored a bipartisan bill that would refill the fund with an estimated $60 billion in additional appropriations to ensure all remaining applications are fully funded.

Bill co-sponsor U.S. Rep. Mark Pocan, D-Black Earth, said in a statement “small businesses are suffering in this pandemic and we cannot just let the SBA’s Restaurant Revitalization Fund run out of funding” for the Wisconsin businesses relying on those grants.

Hawk Sullivan, who also received grant funding for his Madison establishment the Star Bar, said the assistance certainly kept businesses from closing, but added that without more funding, more closures could be on the way.

“Without the (Restaurant Revitalization Fund grants), a lot of businesses would have gone under,” he said. “And if they don’t fully fund it, I’d speculate that you’re going to see at least 50% of the places that are open right now will be closed by the end of winter.”

Concerns of a resurgence

With cooler weather on the horizon — which will eventually close down the many outdoor dining options across the state — and COVID-19 cases climbing due to the more contagious delta variant, business owners are cautiously waiting to see if the coming fall and winter months bear a resemblance to last year when the brunt of the ongoing pandemic was felt across nearly every industry.

Shawn Phetteplace, state manager for the Main Street Alliance, which represents more than 100 small businesses across Wisconsin, said most business owners are remaining focused on rebuilding staffing levels and making the most of the busy summer months, but added the potential for a return to limited services is a looming possibility.

“We support measures to stop the spread of coronavirus,” Phetteplace said. “That being said it would be extremely devastating if we were to go into a lockdown situation, because businesses are just now starting to recover.”

Currently, there are no limitations on gatherings or businesses in Dane County, but Public Health Madison and Dane County on Tuesday issued a masking advisory in response to the Centers for Disease Control and Prevention’s updated guidance on masking for the fully vaccinated as coronavirus cases surge — particularly in unvaccinated pockets of the country — driven by the highly transmissible delta variant of the virus.

Local officials also continue to urge those eligible to get the vaccine.

“Everybody is worried about if public health departments are going to put in additional restrictions,” said Kristine Hillmer, president and CEO of the Wisconsin Restaurants Association. “Are we going to have to backtrack with restrictions or capacity limits? Restaurants haven’t recovered from the first round that was roughly 16 months and they’re scared to death that there’s going to be more coming their way.”

Hillmer reminded customers to be patient as they frequent their favorite bar or restaurant as many establishments face new challenges related to the high price of supplies, limited hours of operation and a labor shortage, which has driven up wages as businesses try to rebuild their workforce.

“Just because they’re busy doesn’t necessarily mean that they’re out of the woods because of the huge losses sustained, in particular in Dane County where they were the most locked-down out of any place in the state,” Hillmer said, in reference to COVID-19 restrictions put in place for much of 2020 and the early months of this year to minimize transmission of the coronavirus. “It’s going to be at least until 2024 before they recover, if they can make it.”

Lawsuit cuts off funds for some

The SBA last month notified nearly 3,000 business owners across the country that their previously approved grants would no longer be paid. The halt on payments was the result of three lawsuits filed against the program’s prioritization of small businesses owned by women, veterans and socially and economically disadvantaged individuals in the first three weeks of the program.

“The SBA is not able to pay 2,965 priority applicants — including yourself — who were previously approved and notified of their approval,” the administration wrote in a letter sent to business owners. “SBA will not pay these claims because the legal conclusions in these court rulings would preclude payment.”

Phetteplace estimated there could be more than 100 Wisconsin businesses to have previously approved grants later denied.

“That money was going to make it so many business owners could continue to be in business,” Phetteplace said. “For some of them, if they don’t get that money in a timely manner, they are going to have to start making some really tough decisions about the future of the businesses that they have.”

One of the lawsuits was filed by nonprofit conservative law firm Wisconsin Institute for Law and Liberty in the U.S. District Court in East Tennessee on behalf of plaintiff Antonio Vitolo, owner of Jake’s Bar and Grill in Harriman, Tennessee.

In the lawsuit, WILL challenged the Restaurant Revitalization Fund’s prioritization of restaurants and bars owned by women and certain minorities in the COVID-19 relief package, arguing white men are being “pushed to the back of the line” for aid to their eateries. It targets the period from May 3 until May 24 during which the $28.6 billion restaurant fund would only process and fund requests from businesses owned by women, veterans or socially and economically disadvantaged people. Eligibility opened broadly after that period.

A federal appeals court on May 28 ruled in favor of WILL and Vitolo, issuing a 2-1 opinion that said the government cannot allocate limited coronavirus relief funds based on race and sex. It issued an order for the government to stop using the criteria when processing an application from Vitolo.

The order also resulted in SBA sending letters to almost 3,000 business owners notifying them that their previously approved grants were now denied.

“SBA’s leadership is frustrated with this outcome and remains committed to doing everything we can to support disadvantaged businesses getting the help they need to recover from this historic pandemic,” the administration wrote in the letter.

Demand for lumber, building supplies drives up the price of homes in Wisconsin, across country

Along with lumber, other building materials including drywall, glue and foam, as well as microchips in many home appliances, also remain in short supply.

Madison's CocoVaa Chocolatier and Christine's Kitchen, both of which were approved for federal funding but later denied, have been selected as the first businesses to receive donated funds.

On Monday, enhanced federal unemployment benefits — which provide unemployed people an additional $300 in weekly benefits — will come to a close. 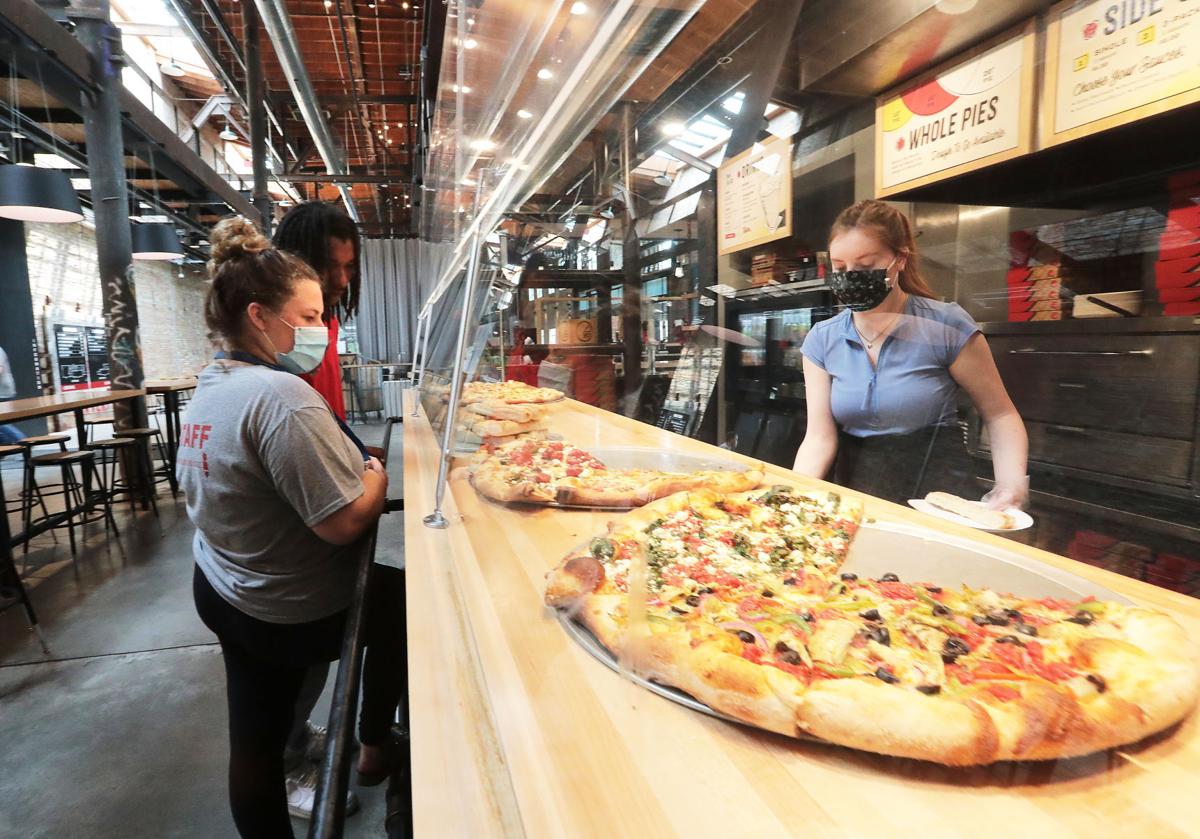 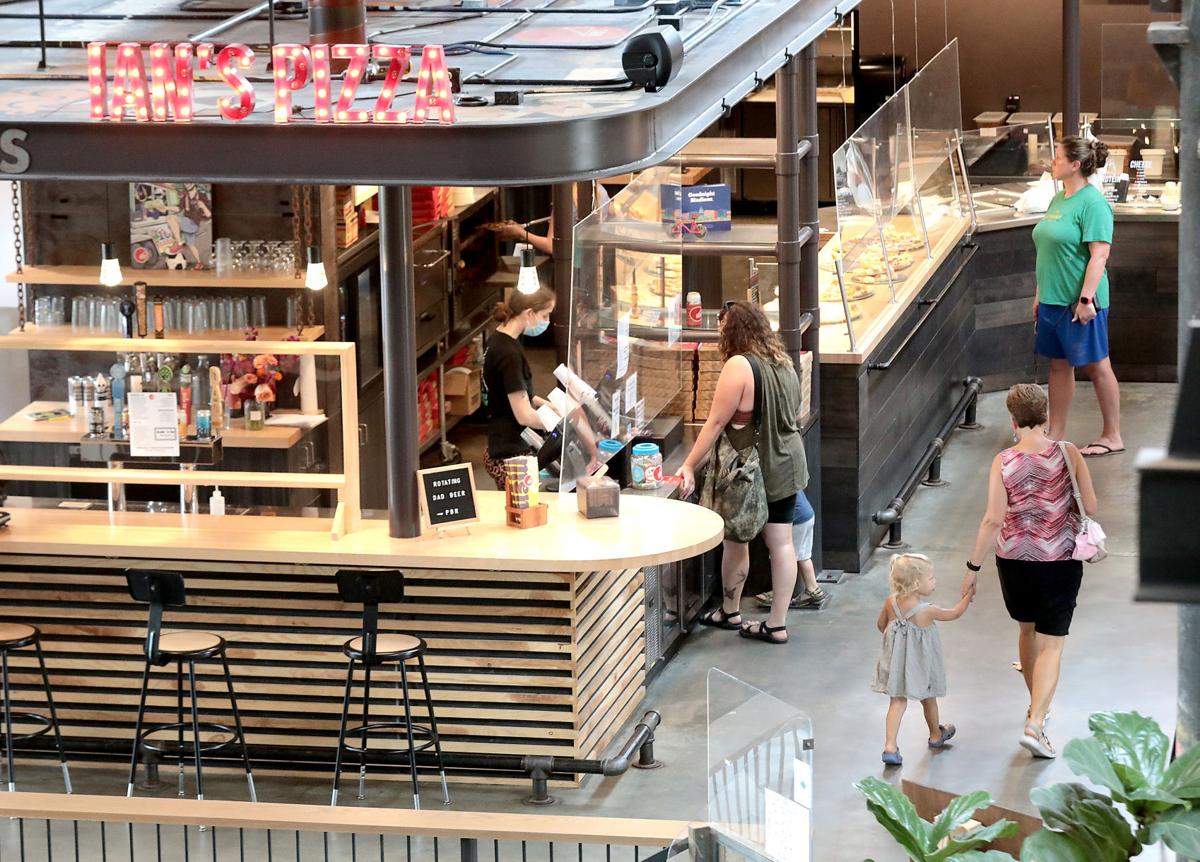 A little more than one in three restaurants in Wisconsin that requested a federal COVID-19 grant were approved for funding. 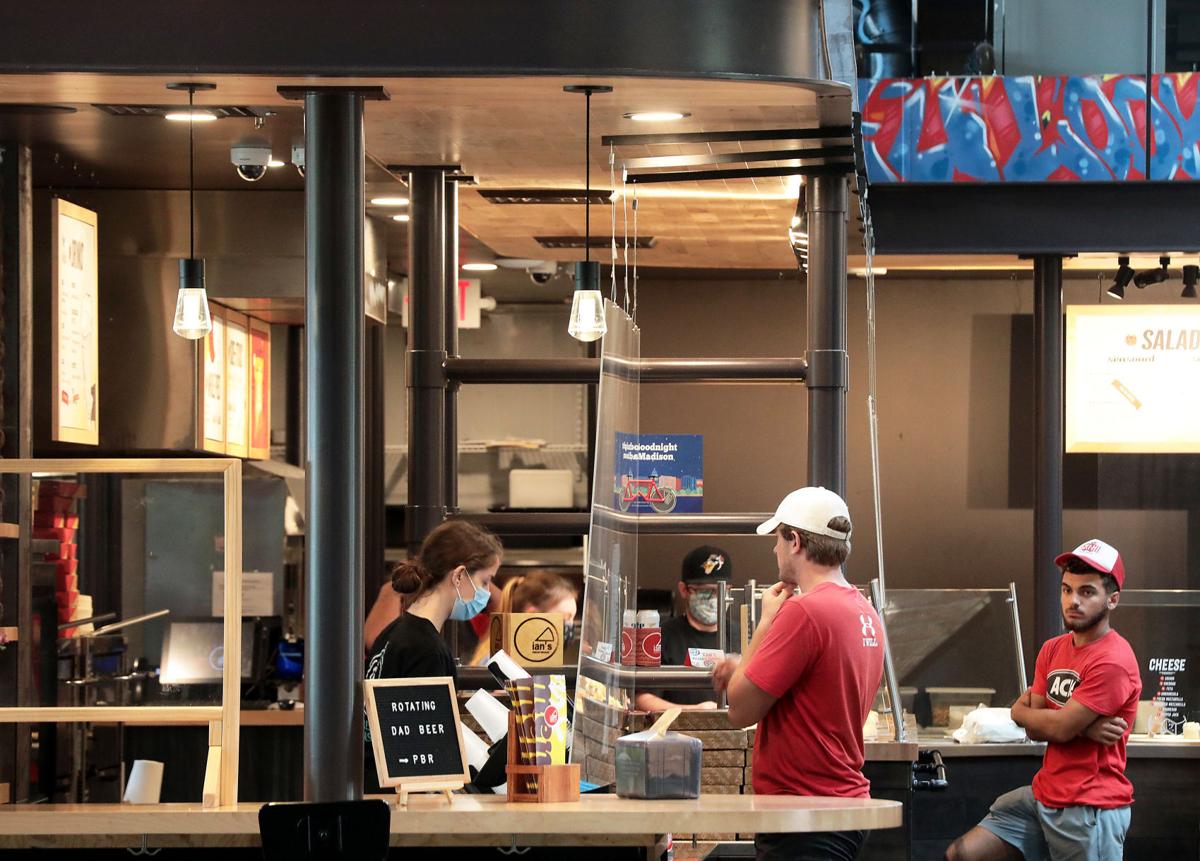