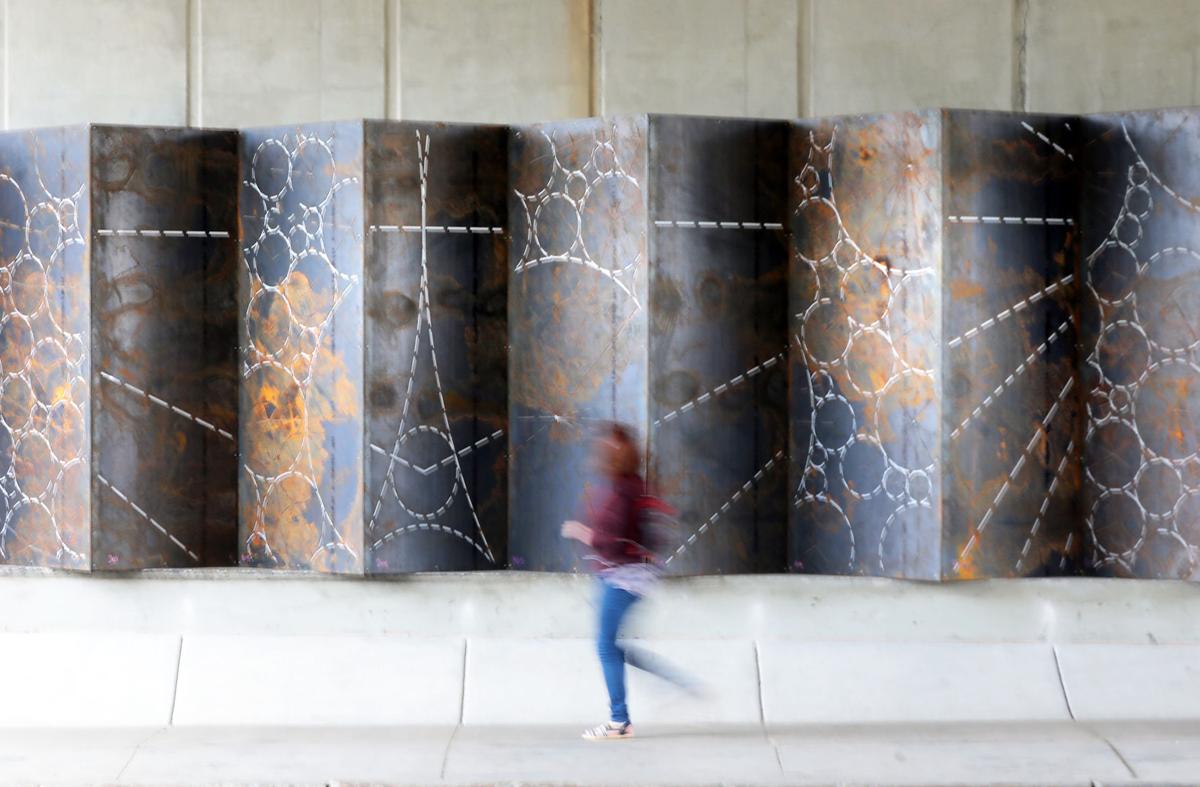 Madison recently installed a lighted, steel-panel public art installation, “Shift,” along Highland Avenue at the Campus Drive underpass. Although over budget and reduced in scope, the installation got positive reviews from pedestrians last week. 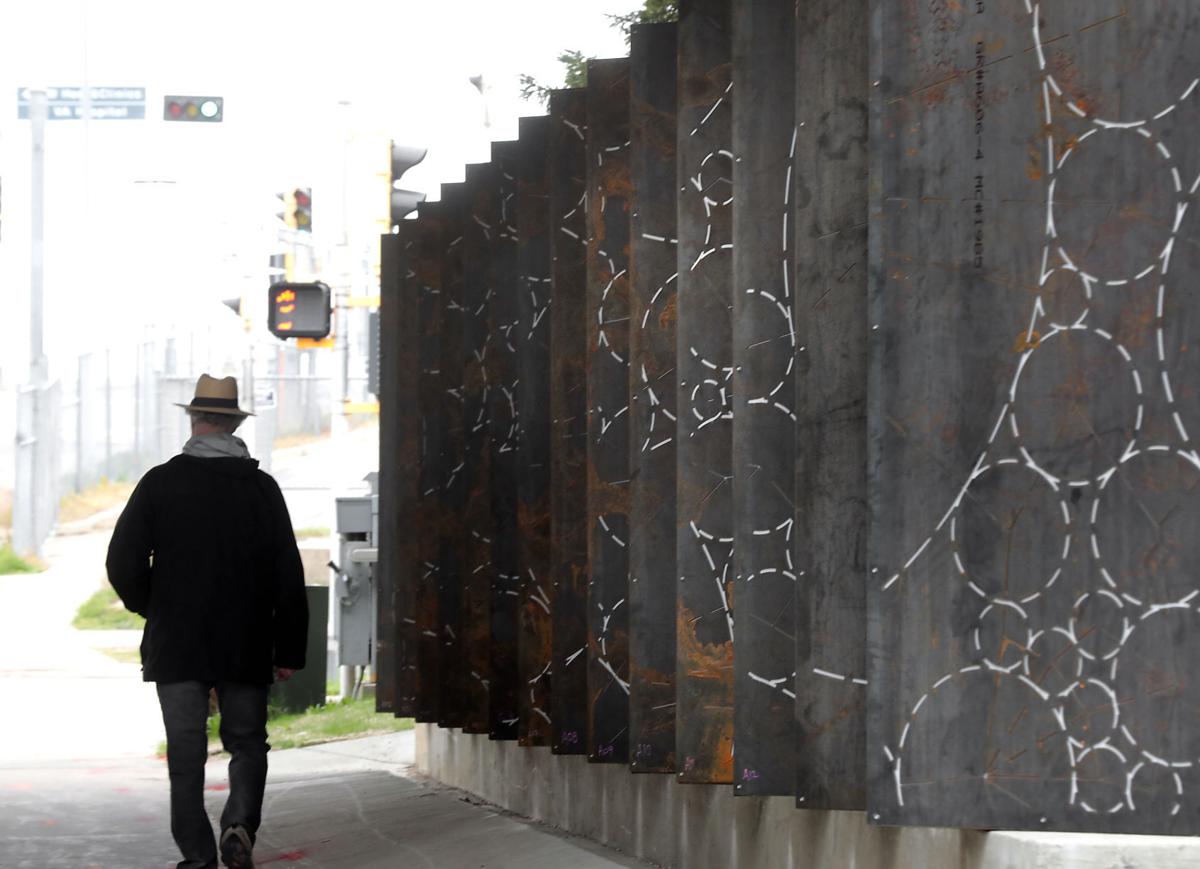 “Shift” is intended to be an "interactive gateway" between the UW-Madison campus, UW Hospital and Clinics and the Regent neighborhood, according to the city.

The city of Madison unveiled a public art installation on the Near West Side last month that ended up costing taxpayers significantly more than planned while delivering half as much.

On the other hand, people seem to like it.

“Shift” is made up of two 70-foot-long perforated weathered-steel sculptures spanning each side of the Highland Avenue underpass beneath Campus Drive. Lights installed behind them will shine through the perforations to create “a shifting light mural” that will serve “as an interactive gateway between the University of Wisconsin-Madison campus, UW Hospital and Clinics and the Regent Neighborhood,” according to a statement issued by the city April 23.

People who regularly walk the route had nice things to say about the new look last week.

“Definitely have enjoyed walking past it the last few days and taking a look at all the different squares and trying to see the ... differences,” said Rylee Doucette, a medical student at UW-Madison, who regularly uses the underpass. “I think it’s a pretty cool addition.”

But the original plans for the Regent neighborhood project — and those still touted on the neighborhood association’s website — were for two installations costing the city no more than $10,000. Instead, plans for a second installation at the Walnut Street underpass two blocks away are on hold while the city has so far shelled out more than $175,000 for the Highland Avenue project.

Under a resolution passed by the City Council in 2014, the Madison-based land-planning nonprofit 1000 Friends of Wisconsin was tapped as the fiscal agent and primary fundraiser for the original, larger project. It and the National Endowment for the Arts were expected to provide $140,000, while the city would provide $10,000 in “seed” money.

By 2019, however, that plan had changed, and the city approved a resolution relying on $150,000 in outside funding and $150,000 in city funding for the installation at Highland Avenue only. It also allowed the city to enter into a no-bid contract with “Shift’s” creator, former UW-Madison landscape design student and current landscape architect Julia Schilling.

Madison arts administrator Karin Wolf said it will take a few weeks to tally up the full cost of the project, but the city’s public works contract was for $175,890. She thought the total cost of the project was more than $200,000 so far, with private donations making up about $62,000 of that.

“Yes, we originally had plans for both underpasses,” she said, and “the other (Walnut Street) side will be much, much cheaper because we were planning for a mural that is in some ways the inverse of the Highland piece. I’m going to take a moment and regroup before I work with the neighborhood on the other underpass.”

She said the NEA grant didn’t come through and there was a big increase in the price of steel. Meanwhile, Deb Nemeth, executive director of 1000 Friends, said her group only committed to raising $40,000 for the project, “and we were able to exceed our original commitment.”

Wolf said “abandoning the project absolutely was an option” and “if the city didn’t fund it, it probably wouldn’t have happened.”

But she said the City Council decided on multiple occasions to complete it using city money: “Council members decided it was a worthwhile investment in the community. This is a project that was a component in the neighborhood plan and is part of a larger vision for the area. ... The way I see it, this is a success story.”

Shiva Bidar, who championed the project while representing the area on the City Council from 2009 to April 20, 2021, did not respond to a request for comment.

The city says “Shift” had been in the works since mid-2010, when the Regent Neighborhood Association started coming up with a vision for the University Avenue corridor that included public art for the Highland and Walnut underpasses. The University Avenue Corridor Plan, approved in May of 2014 by the City Council, specifically recommends installing public art in the underpasses.

The selection of Schilling and her work came out of a UW-Madison service-learning project in the Landscape Architecture Department in 2014. Schilling was a UW-Madison undergraduate at the time.

Original plans for the Regent neighborhood project were for two installations costing the city no more than $10,000.

Severe weather is not expected, but much-needed locally heavy rain is possible as showers and storms finally reach southern Wisconsin later on Monday, according to forecasters.

Madison recently installed a lighted, steel-panel public art installation, “Shift,” along Highland Avenue at the Campus Drive underpass. Although over budget and reduced in scope, the installation got positive reviews from pedestrians last week. 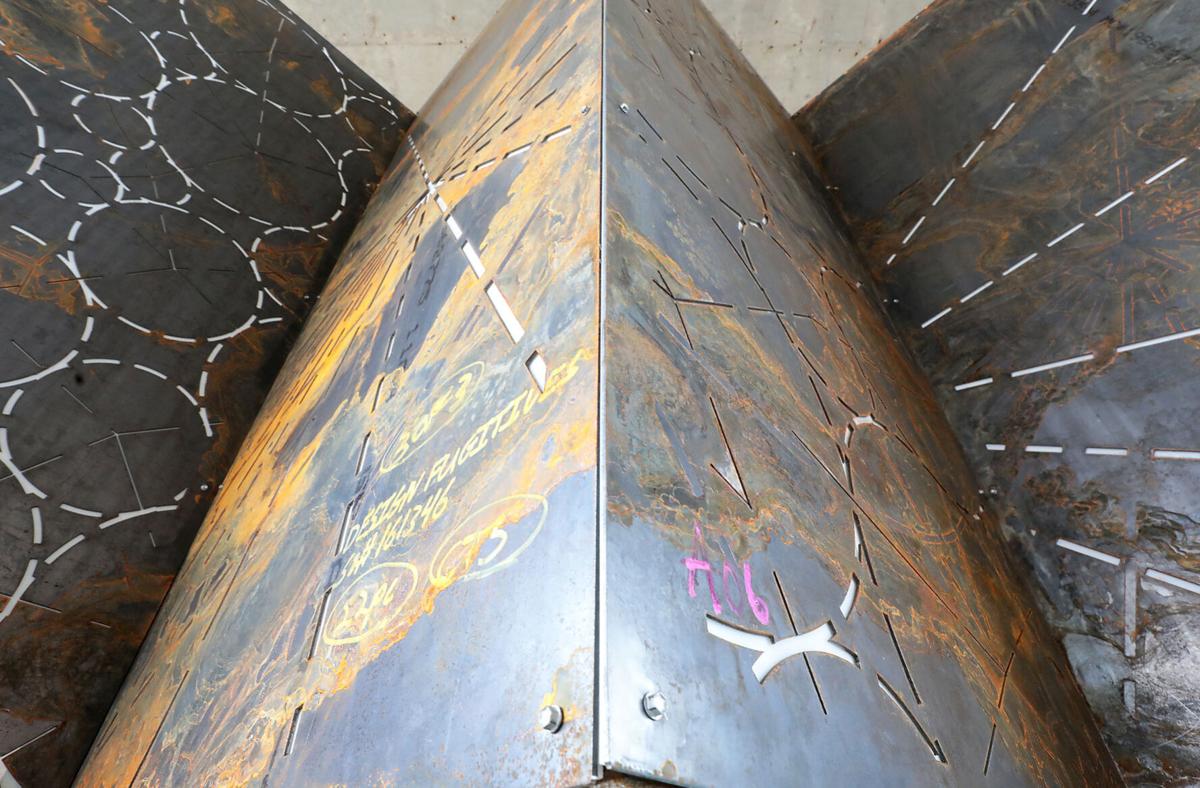 “Shift” is intended to be an "interactive gateway" between the UW-Madison campus, UW Hospital and Clinics and the Regent neighborhood, according to the city.