As the COVID-19 pandemic wreaks havoc on the economy, many Dane County homeowners will see higher tax bills this month largely due to higher property values, a decrease in the state lottery credit and rising school levies.

Based on new construction and school district levies, “I would expect property tax levies in Dane County to rise by a greater percentage here than in the state as a whole — just like last year,” said Jason Stein, research director for the Wisconsin Policy Forum.

The local increase is notable because overall statewide levies have been going up more the past two years than in the rest of the decade, Stein said. But the county’s increase in part reflects greater new construction, as well as choices by voters on school levies, so that context is important, he added.

The sums reflect tax bills after the school tax credit is applied but before the state lottery credit, which actually decreased this year, and another credit for building improvements on property are deducted. The city’s $40 vehicle registration fee, also known as a wheel tax, now in its second year, does not appear on the tax bill.

“This year’s tax bills reflect property tax collections for city of Madison services that has the smallest rate of increase in over five years,” city finance director David Schmiedicke said.

The city’s adopted budget for 2021 reflects the economic effects of the pandemic on city revenues and required difficult decisions by the mayor and City Council, including cuts, changes in services and employee furloughs, Schmiedicke said. Larger cuts and service impacts were averted by use of one-time funding from the city’s “rainy day” reserves.

As always, individual bills will vary, driven by changes in values in municipalities and local factors such as referendums or growth in the tax base, officials stressed. Some municipalities also add charges, such as for trash collection or recycling, improvements to streets or sidewalks, or unpaid bills.

This year’s tax bills are influenced by several factors.

“The overall tax rate continues to decline due to the strength of Madison’s economy before the onset of the global pandemic,” Schmiedicke said.

The increase in net new construction in Dane County increases the tax base and allows municipalities, the county and Madison Area Technical College to raise levies under state limits.

Another common thread in the county is an average decrease in the lottery credit by 12% this year, county treasurer Adam Gallagher said. The lottery credit is a state property tax credit for people who own their primary residence. The credit in Dane County for tax year 2020 ranges from $150 to $225, depending on the school district.

“This decrease is likely reflective of fewer lottery credit sales in 2020,” Gallagher said.

The decrease of lottery revenues is similar to the experience being seen nationally, Stein said.

Meanwhile, property tax increases are being driven in significant part by increases in school district levies, Stein said. Some examples include the Middleton-Cross Plains School District’s 9% increase, Madison’s 6% rise, and those in Verona, 6%; Oregon, 7%; Columbus, partly in Dane County, 22%; and Wisconsin Heights, 14%, he said.

“Each of these districts has passed referenda in the past several years, in some cases by wide margins,” Stein said.

Still, more than one-third of the state’s school districts, including Stoughton and Monona Grove in Dane County, will have levy decreases, he said.

Madison, which delivers the most services and has the most employees and the biggest budget, continues to make key investments but struggled with financial impacts of the pandemic, officials said.

Balancing the 2021 city budget in the midst of the global pandemic required taking a number of difficult steps, including allocating $8 million from the city’s rainy day fund and cutting over $6 million in spending, Mayor Satya Rhodes-Conway and council leadership said in a letter to property owners sent with tax bills.

The lowest for a home of the same profile was $2,900 in the town of Christiana in the Cambridge School District.

Tax bills began arriving in mailboxes in mid-December. The deadline for owners to pay at least the first installment of their property taxes is Jan. 31.

The initial deadline is the same in Madison, but the city has switched from two to four installments, with the second installment due March 31, the third May 31 and the final on July 31, which is the same final due date as other municipalities in the county.

In an unthinkable year dominated by COVID-19, I chose as my most memorable stories on struggles with homelessness, gun violence and handling of protests for racial equity, as well as pieces on big projects that will shape the city's future.

Early in the year, just before the COVID took hold, I teamed with photographers to look at the city's "barely humane" shelter system for homeless men in church basements. I've continued to cover how the pandemic forced changes in serving the homeless and the current search for a site for a new men's shelter. Meanwhile, many are addressing the needs, including Occupy Madison's opening of a "tiny hut" village on the East Side in December.

In 2018, I did a four month project on gun violence in Madison, including a look at root causes and solutions. Tragically, the city experienced a record numbers of shots fired incidents and rise in shooting homicides this summer. The city and Dane County are now investing more in peer support to de-escalate tensions and a public health approach to violence.

The Black Lives Matter protests laid bare strains between many in the community and police. I tried to show how city officials struggle to protect protesters’ First Amendment rights while keeping citizens and property safe amid continuing unrest Downtown.

Amid it all, in an expression of confidence in the local economy, Urban Land Interests offered and the city approved a complex, $125 million redevelopment that involves historic preservation, demolition and new construction on Capitol Square. And it was a joy to detail how the $35 million Madison Youth Arts Center, which will be a diverse hub for children and families, is quietly taking shape on the Near East Side.

In late February, before the pandemic took hold, we took a raw look at the “barely humane” conditions at men’s homeless shelters in three chur…

This story explores record numbers of shots fired incidents and a tragic rise in shooting homicides this summer.

In this story, I tried to show how city officials struggle to protect protesters’ First Amendment rights while keeping citizens and property s…

Amid all the challenges of 2020, it was a joy to highlight the $35 Madison Youth Arts Center quietly taking shape on the Near East Side.

"This has been an unprecedented and challenging year," Mayor Satya Rhodes-Conway said in a statement.

Madison businesses like hotels, taverns, restaurants and theaters have suffered dramatic losses during the COVID-19 pandemic, and the city is taking special steps to consider impacts before new commercial property values are unveiled this spring.

Citing an unexpected family medical situation, David Hoffert has ended his candidacy to unseat Madison Ald. Tag Evers in the city's 13th District, which covers the South and Near West Sides. 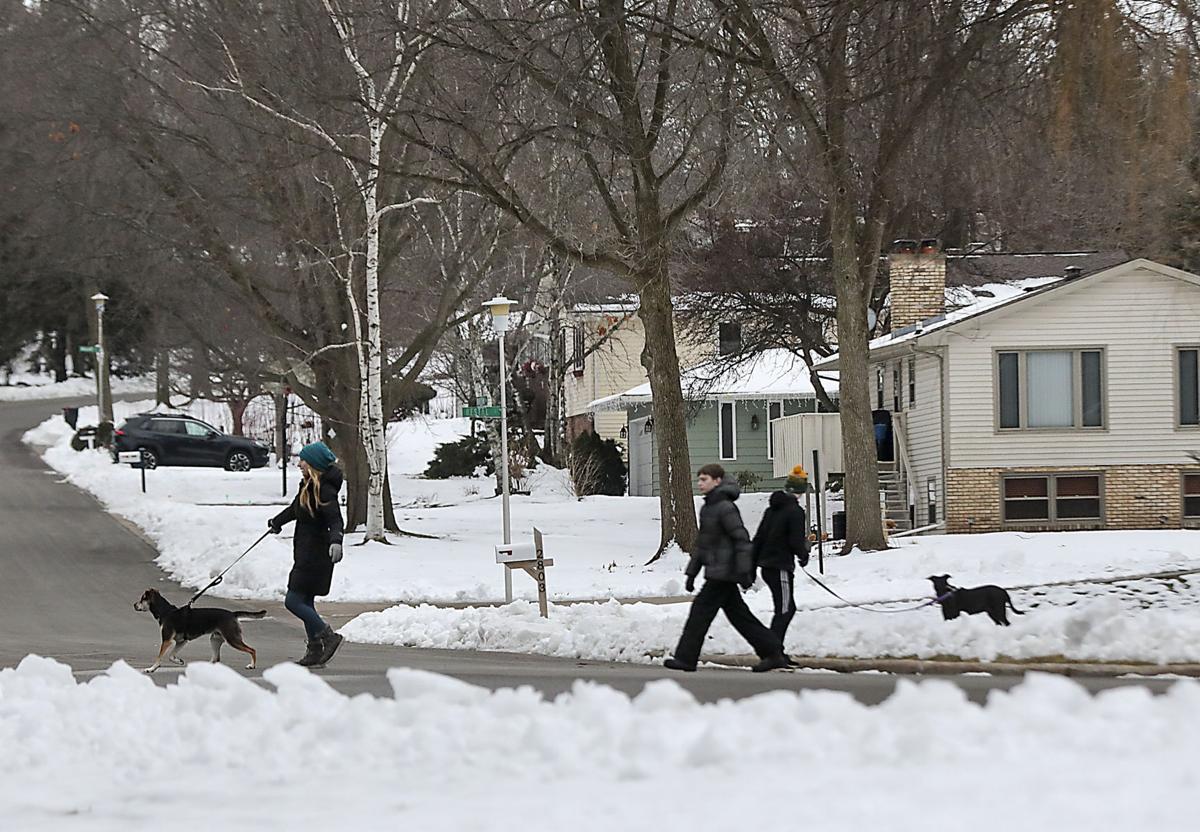 Single-family homes along Raritan Road in Fitchburg in the Verona School District are part of an area that had the second-highest fair market value tax rate in Dane County. Many Dane County homeowners will see increases in tax bills this month. 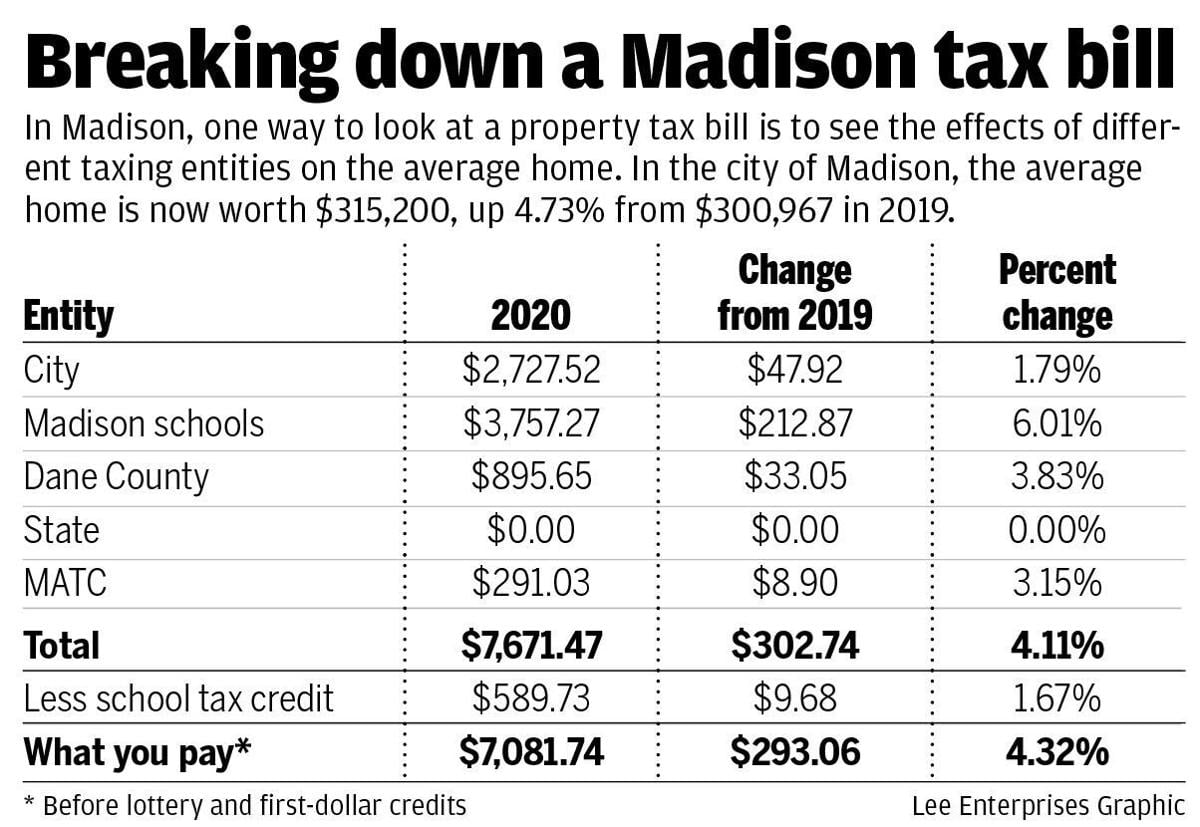