Water pulls at a place deep in our genes.

So it’s no surprise that those who live anywhere near the Yahara River’s lakes regularly make their way to the water.

Nearly 60 percent of Dane County residents told surveyors in 2010 they go to the water’s edge to run, walk, bicycle, watch birds, picnic, swim, walk the dog or just sit and look. One in four county residents fish or paddle.

One in five ice skate in the winter, and skiing, snowshoeing and walking on the ice are also popular.

Scientists have documented the psychological and spiritual benefits of being around water bodies.

“It’s all types of water: Frozen water, calm water or more turbulent water. It has an effect on us. It’s one of the basic needs,” said Kirstin Thorleifsdottir, who teaches planning and design in the UW-Madison school of human ecology.

“The lakes play a large role for the people in Madison all the municipalities around,” Thorleifsdottir said.

Growing up in Iceland, she became accustomed to water with more salty freshness and potential cruelty, but she has come to appreciate the calm and tepid Madison’s lakes.

Thorleifsdottir specializes in designing ways for people to have more contact with nature, including waterfronts.

Conflicts sometime arise between private property interests and easy public access to water. Nearly half of the land around the Yahara River and its lakes is publicly owned.

Throughout hundreds of thousands of years of changing climates, humans lived close to nature. They followed water to quench their thirst and to find food.

They found fresh water and wild game around glacial Lake Yahara. In time, they also divined a spiritual significance in the water that unified and strengthened them.

Technological and societal changes have increasingly insulated people from natural settings, but the drive to be near water has never left us.

Cities rose along rivers and shorelines, which offered natural resources, transportation and a source of power generation.

Studies have found that even being within earshot of a burbling fountain is calming, said Samuel Dennis, chairman of the UW-Madison landscape architecture program.

Lakeshores offer even more, he said.

“Just from my own observation through watching how people interact with the lake water at the Union Terrace: They get to touch it, they get to put their feet in it, they get to watch a sailboat go by,” Dennis said. “It would be hard to surpass that with a fountain.”

Our attraction to water

Harvard biologist Edward O. Wilson’s 1984 book, “Biophilia,” suggested that affinity for nature is in our genes.

After coining the term “nature-deficit disorder,” writer Richard Louv founded the Children and Nature Network to reconnect kids with the natural world.

"Thousands have lived without love, not one without water." W.H.Auden. 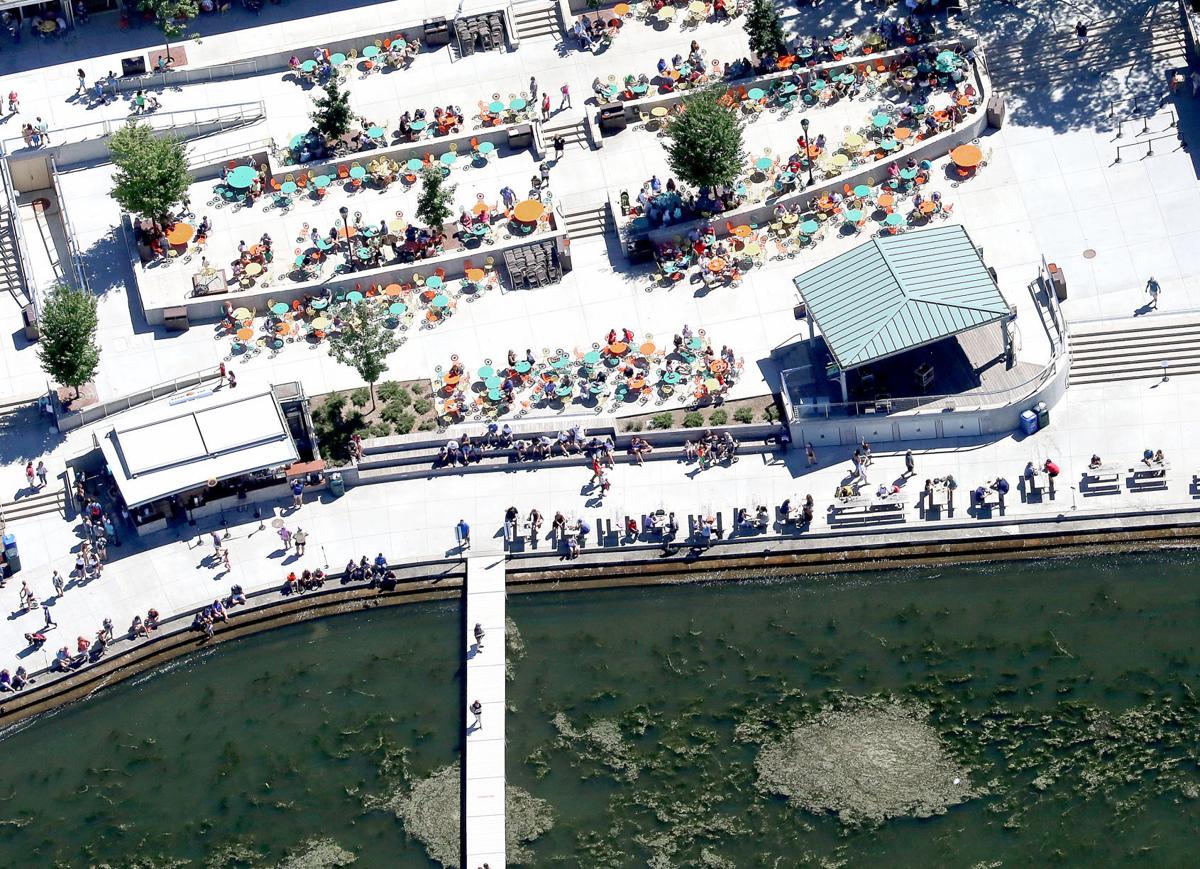 We are drawn to the water, and there is more and more research that helps explain why. Here visitors to the UW-Madison Memorial Union Terrace gather along Lake Mendota -- on this day a greenish hue from nutrient pollution. 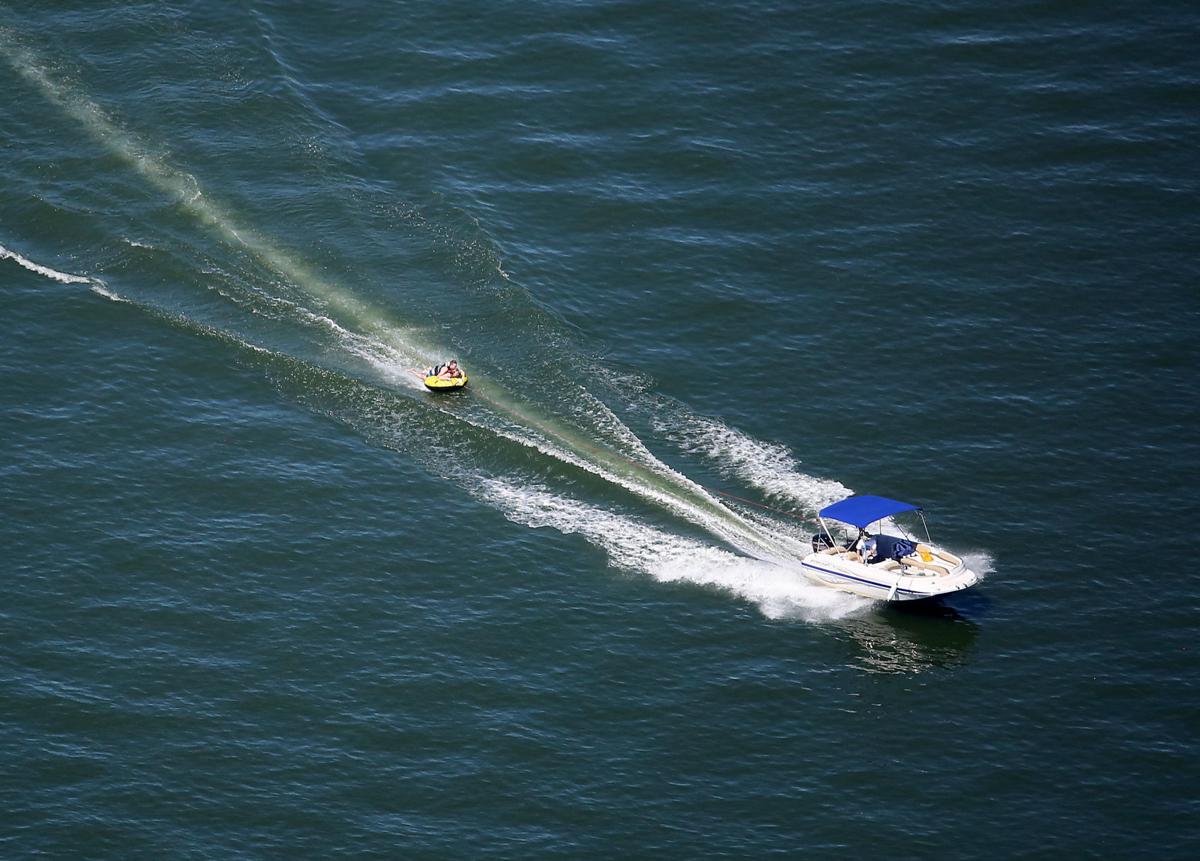 A speedboat pulls a pair of joyriders on an inner tube across Lake Mendota. 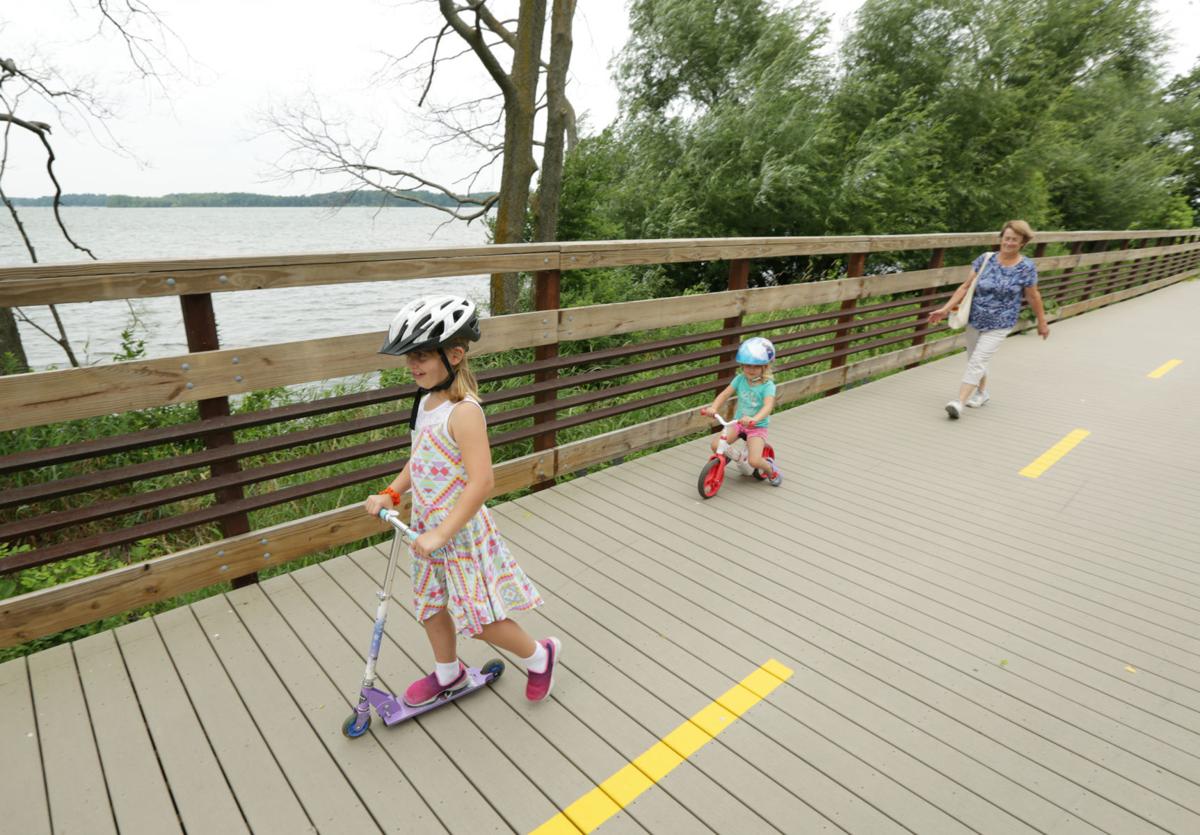 The water's edge is a popular destination, and public access has been expanding. Kendra Aaroen, 7, left, of Stoughton, and her sister Hannah, 3, roll along Lake Waubesa's Lower Yahara River Trail with their grandmother, Gail Aaroen, of McFarland. The mile-long boardwalk bridge is the longest such structure built in North America for non-motorized transportation. 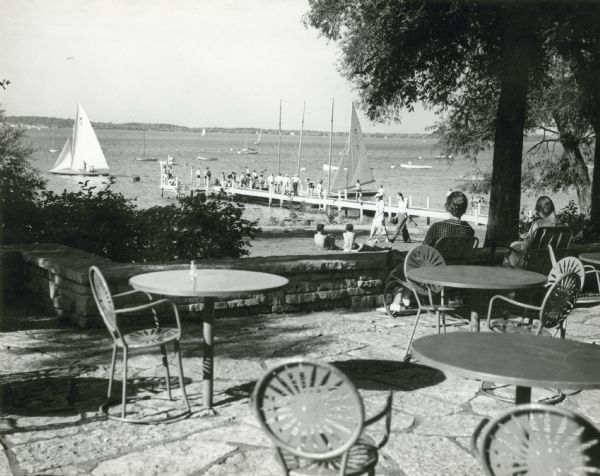 The Yahara lakes have long satisfied the human need to be near water. This 1952 photo shows the Memorial Union Terrace with Lake Mendota in the background. 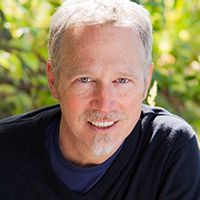 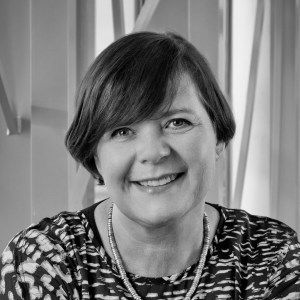