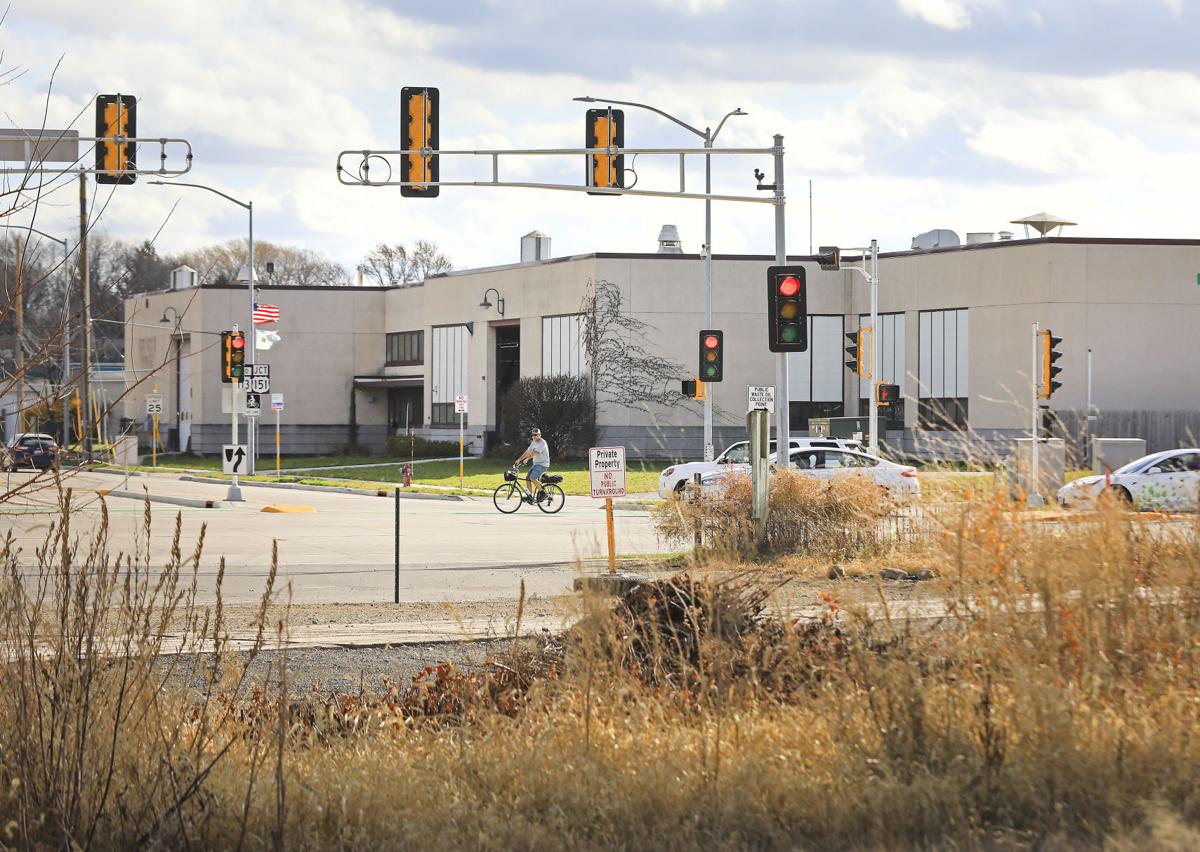 The city of Madison and social service providers intend to use the city's Fleet Services Building, located at 200 N. First St. on the East Side, as a temporary men's homeless shelter. The building will eventually house the Madison Public Market. 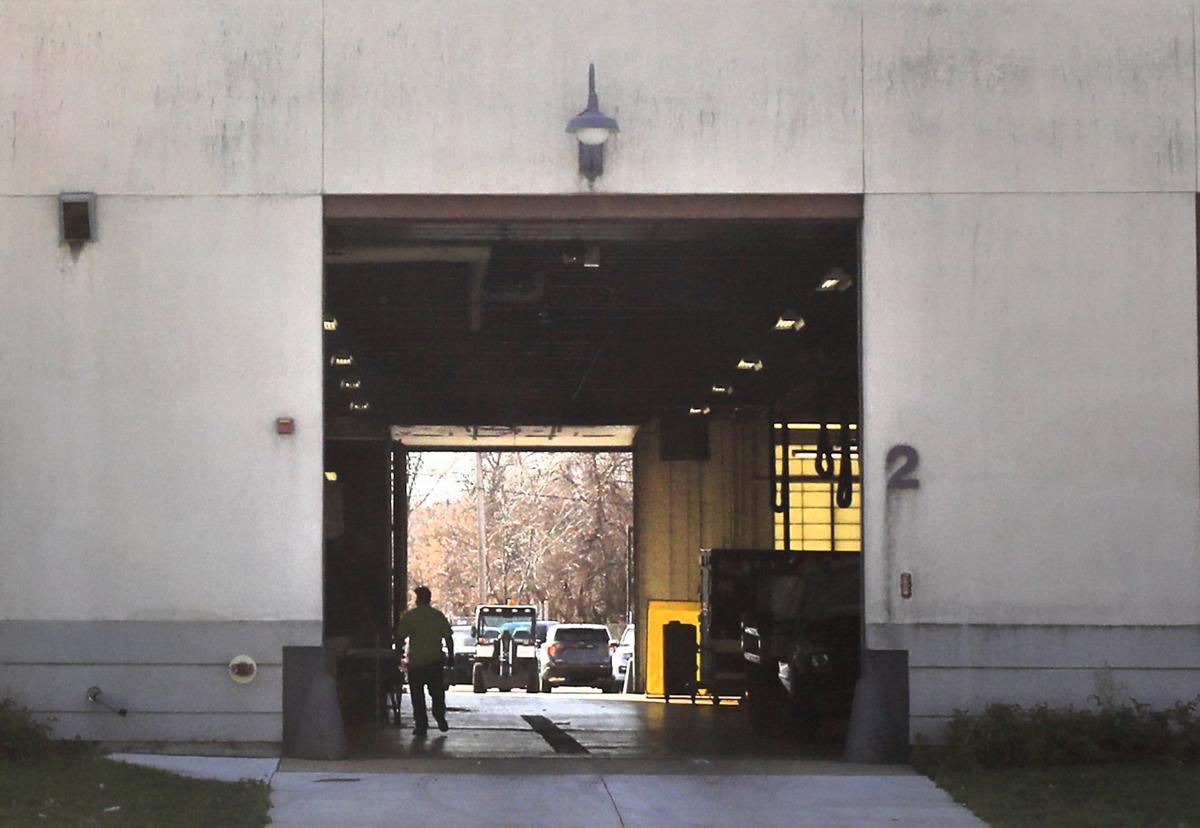 After a late October setback, the city of Madison and social services providers have found a building for a temporary men’s emergency homeless shelter, this time choosing the city’s Fleet Services Building on the East Side that’s later slated to be home to the Madison Public Market.

Since late March, when COVID-19 struck, homeless men have been sleeping at the Warner Park Community Recreation Center on the North Side. Before then, men were sheltered in three cramped church basements Downtown.

Now, the city would temporarily convert the two-story, 45,000-square-foot Fleet Services Building on 3.4 acres at 200 N. First St. into a shelter that could accommodate up to 250 men. The move is expected to happen before the end of the year. Fleet Services operations have already begun to relocate to a new, 105,000-square-foot building at 4151 Nakoosa Trail on the East Side. That move should be complete by the end of the month.

The city and service providers are also continuing to search for a property that could host a permanent men’s homeless shelter and possibly a day resource center, “pay-to-stay beds” or low-cost housing.

“With no immediate end of the COVID pandemic in sight, the issue of protecting our most vulnerable remains a priority,” Mayor Satya Rhodes-Conway said in a statement. “I am pleased that the Fleet Services Building will be able to serve as a temporary shelter while we continue work on a permanent site for a new men’s shelter. The fleet facility will be able to house more men than Warner Park, at appropriate physical distances, as the colder weather sets in.”

“The Warner Park facility provided a tremendous service to the community when it was most needed,” he said. “But it was nearing its capacity. I look forward to returning Warner Park to its prior use and anticipate programming there to resume in January 2021.”

This week, the City Council will consider an amendment to the mayor’s proposed capital budget to deliver $3.5 million for a new emergency shelter for homeless men. The amendment anticipates spending about $500,000 to prepare the Fleet Services Building and the rest on a permanent shelter. Dane County Executive Joe Parisi has already recommended the county contribute another $3 million for an initiative to serve homeless men.

The timetable has not changed for the $13.2 million Public Market, a year-round community destination run by the nonprofit Madison Public Market Foundation that will feature a diverse group of entrepreneurs offering fresh produce, culturally diverse prepared food, locally made food, and arts and crafts.

In her proposed capital budget for 2021, Rhodes-Conway includes funding for the market at the Fleet Services Building as long as other, outside funding can be secured. Construction is supposed to begin next fall with an opening in 2022.

“I expect we will have a permanent shelter facility in place by next fall, when work on the Public Market is scheduled to begin,” the mayor said.

In late October, city and Dane County officials announced a plan to have the city buy a vacant, two-story, 22,584-square-foot day care center on a 2-acre parcel at 4111 East Towne Blvd. on the Far East Side to convert into an interim men’s homeless shelter. The city was also exploring the purchase of an adjacent parcel with a smaller building on a half-acre at 4101 East Towne Blvd., which could have created a large single site where the city and partners could develop a permanent men’s shelter and other services.

But shortly after the announcement, the day care’s seller told the city it was pulling out of a purchase and sale agreement and instead selling the center to another unidentified party.

The city, which can’t use Warner Park indefinitely, has since been scrambling to identify a temporary alternative shelter and long-term site for more ambitious plans.

“I hope to be able to announce the site for a permanent shelter yet this year,” Rhodes-Conway said.

As the COVID-19 pandemic took hold, the city and nonprofit Porchlight Inc., which runs the men’s emergency shelter system, moved homeless men to Warner Park from the metal bunks they were using at Grace Episcopal Church and overflow spaces in the basements of St. John’s Lutheran and First United Methodist churches, where they slept side by side on mats on the floor.

The move was needed because the church basements had limited space to practice social distancing or isolate those who may have been exposed to the virus. The system has also long posed other challenges to staff.

At present, Warner Park can handle up to 150 men, city community development director Jim O’Keefe has said. At its peak, Porchlight cared for up to 170 men in the three church basements before the COVID-19 pandemic struck.

At Warner Park, Porchlight implemented rigorous procedures to keep homeless men and staff safe, and the site has worked very well, officials say. The facility is not being used for those who have symptoms or test positive for COVID-19. They are sheltered in hotels or motels.

The effort to expand shelter capacity is part of a broader plan to improve services to the area’s homeless population and hopes to draw those who have previously been reluctant to use a shelter, Rhodes-Conway said.

The relocated men’s shelter will continue to take extensive precautions against COVID-19, including daily sanitizing, requiring masks, and symptom-screening on entry. Individuals who are at high risk for COVID can still access hotel rooms, and those with COVID symptoms are placed in a medical respite facility. There will be no limit on the number of nights men will be able to use the new shelter, Rhodes-Conway said.

The city and Salvation Army of Dane County are exploring use of a big, vacant, former skilled nursing facility on the East Side for a temporary "mission house" for families experiencing homelessness.

The extension is set to Jan. 21 of the new year to allow more time for drivers over 60 to safely renew their licenses amid the ongoing pandemic.

After more than five hours of public comment Tuesday largely about whether to accept a federal grant to hire four officers, the City Council decided to wait until Wednesday before voting on changes to the 2021 capital and operating budgets.

Southern Wisconsin saw tornado warnings, high winds and heavy rain as a system dropped highs by 30 degrees or so, according to forecasters.

The council adopted Wednesday a $349.5 million operating budget and $166.4 million capital budget that will raise taxes on an average-value home by $43.

Linette Rhodes oversees federal funding from the U.S. Department of Housing and Urban Development, as well as city support for affordable housing strategies.

Even as nonprofits see a surge of new cash, requests for goods and services are skyrocketing.

"Most of the infrastructure at the park is aging out ... and the pavement is in terrible condition," parks superintendent Eric Knepp said.

The city of Madison and social service providers intend to use the city's Fleet Services Building, located at 200 N. First St. on the East Side, as a temporary men's homeless shelter. The building will eventually house the Madison Public Market.