Stoked by booming businesses in a strong economy, Madison real estate values rose again this year, with the value of the average single-family home increasing for the sixth straight year, jumping 5.7% to a record $300,967.

For single-family homes, rising assessments add value to investments but underscore a need for housing that’s affordable to those with lower incomes.

“This is just the next step in the trajectory of what we’ve been seeing,” said Mayor-elect Satya Rhodes-Conway, who takes office Tuesday. “Our economic picture is pretty bright. (But) it’s another warning signal on the affordability question. We do have to take workforce and affordable housing seriously.”

The new assessments are fueled by a 6.3% increase for all residential values, a pinch lower than last year, and a 6.5% rise in commercial values, which is sound but less than the 8.5% last year and half of the whopping 12.9% leap two years ago amid a special focus on hotel revaluations and construction of big apartment buildings.

New construction hit a robust $606.3 million — up slightly from last year but still under the record $750 million two years ago. Of that total, $165 million came from construction of single-family homes and $424 million for commercial properties, which include apartment buildings with more than four units, hotels, stores and offices. Those sums are the second-highest since 2010.

Rhodes-Conway said affordable housing is “an absolute priority” after she is sworn in. A message left with outgoing Mayor Paul Soglin’s office Thursday was not returned.

The new values, based on 2018 sales and other data in effect last year, serve as the basis for tax collections.

The volume of new construction is vital because tight revenue limits restrict how much the city can increase tax collections to net growth, which is the value of new buildings, additions and remodeling minus the value of demolished properties.

The 6.4% rise in real estate values includes $606.3 million in new construction and $1.09 billion in revaluations.

The growth will provide a modest increase under state-mandated levy limits to continue services to city residents at current levels, city finance director David Schmiedicke said, adding that the new construction will allow a roughly 1.3% increase, or about $3.15 million, in tax collections for the next operating budget.

Although new construction for single-family homes was strong, $14 million in new construction for condominiums was roughly half that seen in each of the last two years and the second-lowest total since 2010. The numbers suggest a temporary lull because the city is seeing a lot of interest in condo construction, Drea said. “In the next year or two, we’ll see quite a boom,” she said.

For commercial property, apartment buildings between four and 50 units showed single-digit increases and those with more than 50 units rose by 8.7%, far less than the 15.9% last year. All other commercial buildings rose 5.6%, just below the 6.0% last year but far below the 17.3% when hotels and big apartments got the targeted revaluation two years ago.

One still unfolding commercial trend is the evolution of big shopping centers, where large stores are disappearing but being replaced by attractions such as Flix Brewhouse Madison at East Towne Mall and Dave & Buster’s sports bar and Total Wine & More at West Towne Mall, Drea said.

The city also continues to expand and develop through annexations, she said.

Growth in commercial property values, particularly large residential buildings, means that a slightly smaller share of the overall tax levy will be borne by one- and two-family residences, Schmiedicke said.

It’s too early, however, to know what the new values may mean for individual tax bills. That will become clear in late fall when the City Council approves a budget for 2020.

One area, Woods Farm on the Far East Side, had an eye-catching 44.4% jump, but that’s because it’s an area where the class of land is changing from agricultural to residential, and new housing is going up, Drea said.

Overall, 12 areas showed double-digit increases between 10% and 21.7%, seven areas had increases less than 1%, and just one had a decease.

The city essentially has two housing markets: one that’s vibrant for homes under $350,000 that sell quickly, often for more than the asking price, and the other for homes above $350,000 that’s a bit sluggish for Madison but still moving, Drea said.

Balance the needs of Madison's schools with affordable housing crisis

OUR VIEW: Referendums may be justified

but will exacerbate affordable housing crisis

A former city employee alleged that Soglin undervalued commercial properties to benefit property developers and unfairly tried to oust her from her job.

For many Madison-area homeowners, a rare bit of good news in their property tax bills

In the city of Madison, the total tax bill for the average assessed home is rising just $64, or 1 percent, to $6,415 — and that's before deductions.

The mayoral candidates say their experience makes them best to handle the city's struggles to deliver services, replace aging streets and add infrastructure, and handle emergencies like flooding.

But the Wisconsin Housing and Economic Development Authority, which awards federal tax credits, denied support for two other low-income housing projects in the city.

The city, which has a $332.1 million operating budget for 2019, is expecting to to see $9.5 million in new revenue but a $19 million increase in spending, leaving the $9.5 million gap next year, the city Finance Department says. 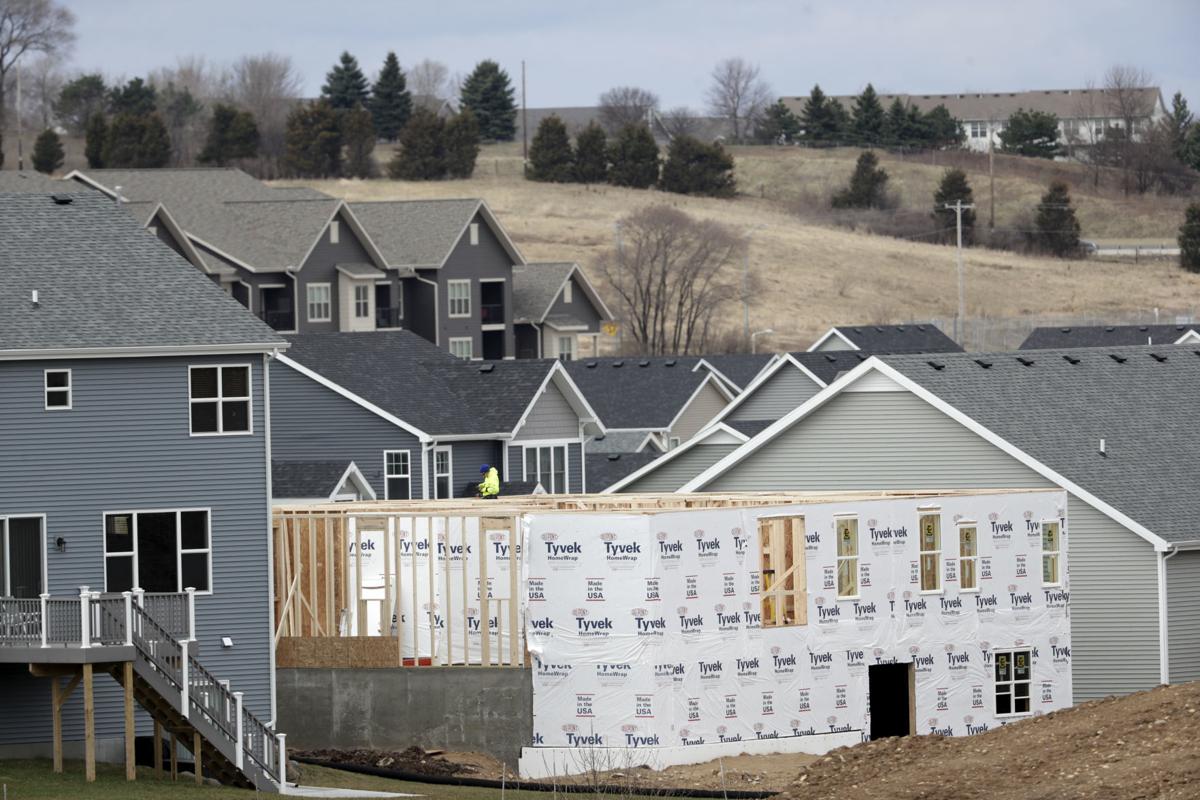 New homes are shown being built on Levitan Lane in the Woods Farm area of Madison's Far East Side, where the value of the average home rose 44.4% to $270,800 in new city assessments released Friday. The big increase is due to the class of land shifting from agricultural to residential with improvements on the property. Citywide, the value of the average single-family home rose 5.7% to $300,967. 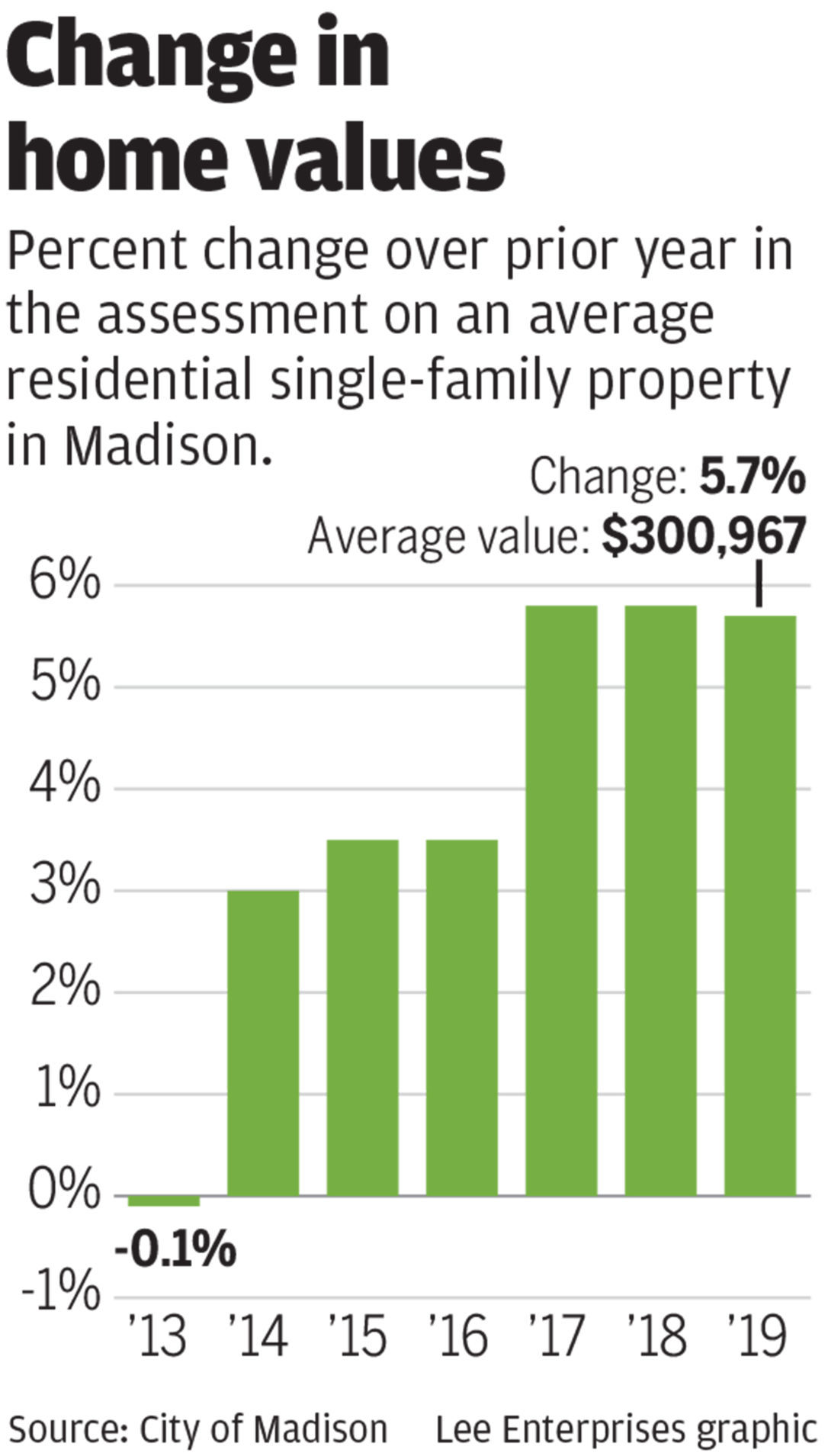 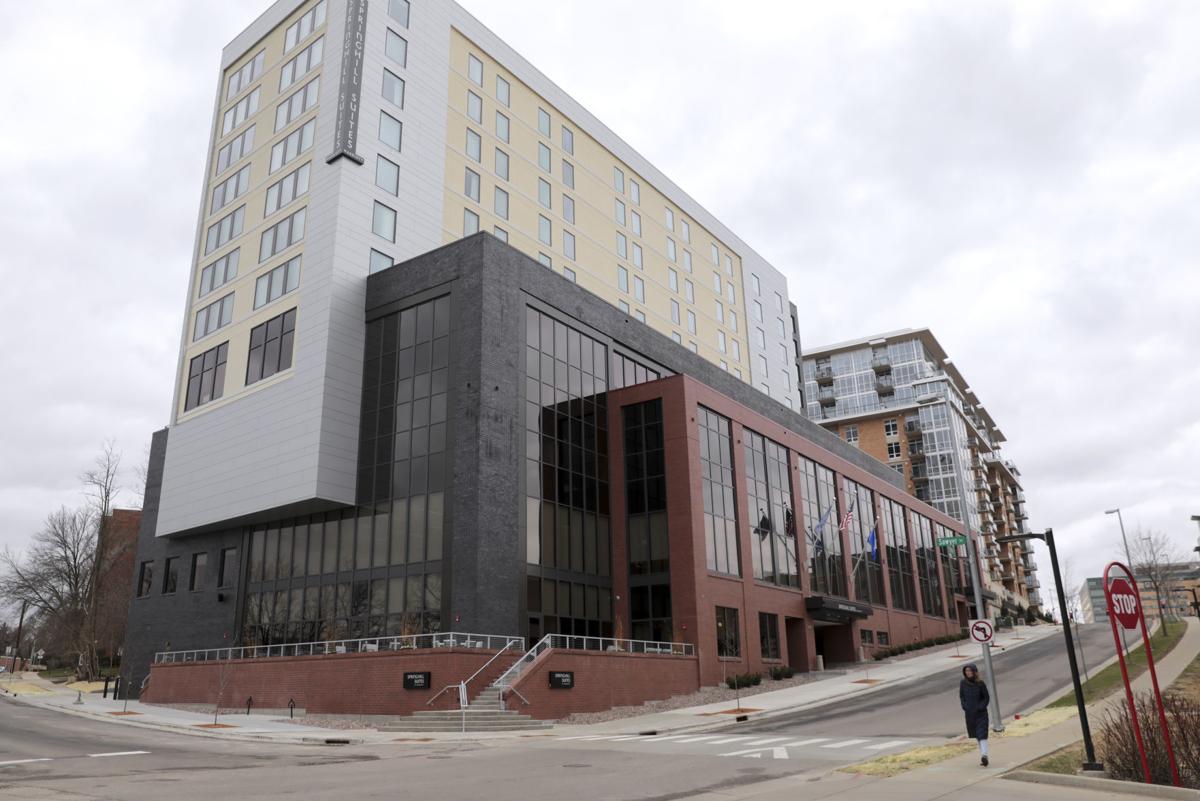 The new Springhill Suites at Frey Street and Sawyer Terrace near the Hilldale Shopping Center on the West Side. The value of commercial property in the city increased 6.5% in new assessments released Friday. 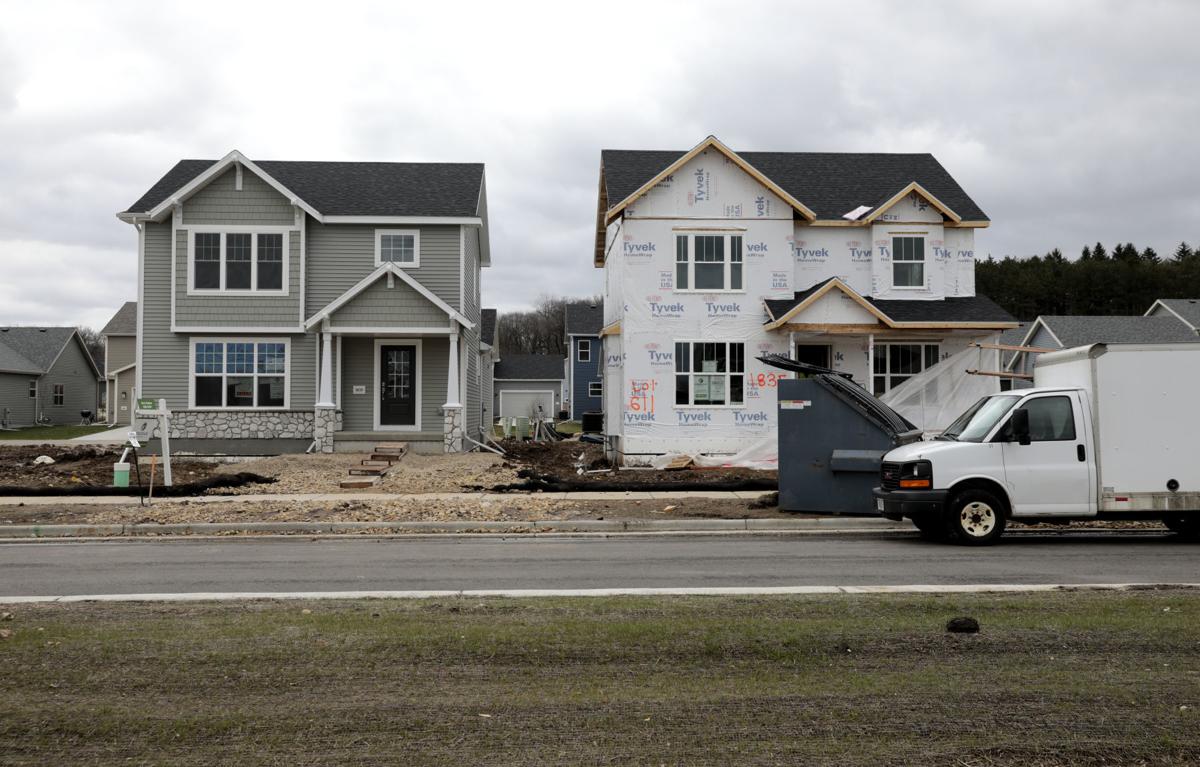 New homes under construction are shown in the Veridian Homes' Village at Autumn Lake development on the Far East Side.