Despite the COVID-19 pandemic and other challenges, new Madison assessments show healthy increases for commercial and residential properties, with the value of the average single-family home rising 6.3% — the biggest jump in 15 years — to a record $335,200 for 2021.

But some commercial properties, such as hotels, bowling alleys, retail stores and bars and restaurants, which saw business plummet during the pandemic, experienced falling values. Hotels saw decreases between 15% and 25%, while offices buildings, which often rely on long-term leases, held their value as any impacts from employees working from home are not expected for years.

“While the pandemic did impact some commercial markets, our commercial property tax base still grew,” Mayor Satya Rhodes-Conway said. “These numbers clearly indicate that despite the hardships we shared in 2020, Madison is well positioned to recover from the pandemic economically.”

The new assessments, released Friday, showed a solid 5.9% increase for all real estate values, just below the 6.6% rise last year, 6.4% two years ago and the even more robust 7.4% three years ago.

Although the pandemic forced closures or slowdowns of many businesses, the value of commercial property, which includes everything from multi-unit apartment buildings to hotels, office and retail buildings rose a steady 4.3%, driven partly by sales, new construction, and apartment and office buildings, City Assessor Michelle Drea said. The value of commercial property rose 8.6% for 2020 and 6.5% two years ago.

New construction solid but down

New values, based on 2020 sales and other data in effect last year, serve as the basis for tax collections.

The 5.9% rise in real estate values includes the $509 million in new construction and $1.6 billion in revaluations. The drop in new construction was partially a result of not having either materials or personnel to build at the peak of the COVID-19 shutdown, but it is picking back up, Drea said.

The volume of new construction is vital because tight state revenue limits restrict how much the city can increase tax collections to the amount generated by net growth, which is the value of new buildings, additions and remodeling minus the value of demolished properties.

This level of new construction value will allow an estimated levy increase of 1.5%, or about $2.4 million, for operating purposes in the 2022 budget, said David Schmiedicke, city finance director.

It’s too early, however, to know what the new values may mean for individual tax bills. That will become clear in late fall when the City Council approves a budget for 2022.

For commercial property, apartment buildings between four and 50 units showed increases between 6.8% and 8.4%, and those with more than 50 units rose by 7%, a bit less less than in recent years. All other commercial buildings — hotels, stores, offices, bars and restaurants — rose 2.7%, well below the 8.6% last year.

But that 2.7% increase wasn’t across the board, Drea said.

Earlier this year, to prepare for impacts of COVID-19, Drea asked commercial property owners to provide information such as operating statements, appraisals and sales listings to get a better grasp of the pandemic’s impacts before new values were established. The information, she said, should help avoid a crush of challenges to new values.

Hotels, where the performance of business is tied to the property value, dropped in value by 15% to 25%, she said, adding that full-service hotels “got hit the hardest.”

But offices, where many owners have tenants in long-term leases, saw a steady increase in value, she said. Grocery stores largely held their values, while retail stores and restaurants were down but not by more than 10%, she said.

In all, the city decreased the value of certain commercial properties by a total $245.4 million under a category of “economic obsolescence,” a temporary decrease due to external forces, she said, adding, “We’re fully expecting, and we’re already seeing, a bounce back.”

In addition, the city saw increases in the average value of condominiums of 6%, slightly less than last year, and an increase for two-unit and three-unit apartments of 8.8%, roughly double the percentage of last year’s changes.

But there’s another side to rising values.

“We continue to see signs that housing in Madison is increasingly unaffordable,” Rhodes-Conway said. “In particular, homeownership is out of reach for far too many people. We must continue to work to support homeownership, particularly in communities of color. We must also dramatically increase the supply of both affordable housing and housing in general in Madison.”

Again, the city’s priciest homes were in Spring Harbor on Lake Mendota, where the average value rose 5.4% to $1.17 million. The Woodward area on Lake Mendota rose 7.1% to $1.01 million to become the second area of the city to top average values over $1 million. Lakeshore homes on the Isthmus rose an average 5.7% to $920,700.

This week, Rhodes-Conway unveiled “Housing Forward,” a package of current and planned initiatives that represent the city’s housing agenda. It includes efforts to increase housing choice, create affordable housing, combat displacement and segregation, ensure seniors and others can stay in their homes and combat homelessness.

The package calls for using city funds to help spur low-cost housing, buying land and making it available for housing, teaming with nonprofits to invest in homeownership opportunities for people of color, securing a variety of housing types and prices in neighborhoods, amending zoning and permitting to make it easier for the private sector to build more housing, and more.

“Our city is growing, and a focused and comprehensive approach is necessary to ensure our city can remain affordable and accessible to all,” the mayor said.

• The Open Book period from April 19-30 is an opportunity to discuss the value of property. Owners must contact the office by email at openbook@cityofmadison.com, or calling 608-266-4531.

• After Open Book, if the owner still wants to object, they can file a formal objection by 4:30 p.m., May 7. To get access to an objection form, use the above contact information. All filed objections are reviewed and processed by the Board of Assessors. Assessments are set through mass appraisal, but the objection triggers an individual appraisal of that property. The board reviews all corrections to arrive at market value.

• If owners disagree with the Board of Assessors, they may appeal to the Board of Review, a quasi-judicial body of appointed city residents who hear cases and make final determinations on value.

• If still dissatisfied, owners may appeal Board of Review decisions to Dane County Circuit Court or the Wisconsin Department of Revenue

While the average single-family home didn't increase in value as rapidly this year, property assessments now put the average Madison home at $315,200.

Firefighters arrived at the vacant property formerly home to Callahan's Sports Pub at 1902 Bartillon Drive at around 10:45 a.m. and found fire showing on the roof.

Cam-Ron P. M. Poelinitz, of Fitchburg, was pronounced dead at the scene of the crash on the 5400 block of Siggelkow Road at around 10:30 p.m. Tuesday.

The project includes the demolition of a 4,646-square-foot space and the construction of a 19,000-square-foot, state-of-the-art F-35 flight simulator facility.

'He's one of the greats': New Glarus man gets national award for 35-year career in band world

Larry Daehn's career was spent teaching band, chorus and classroom music at the elementary, middle and high school levels in addition to music publishing and composing.

Mayor Satya Rhodes-Conway is proposing to use $47.2 million in federal stimulus funds for affordable housing, homelessness, violence prevention, economic development and other services. 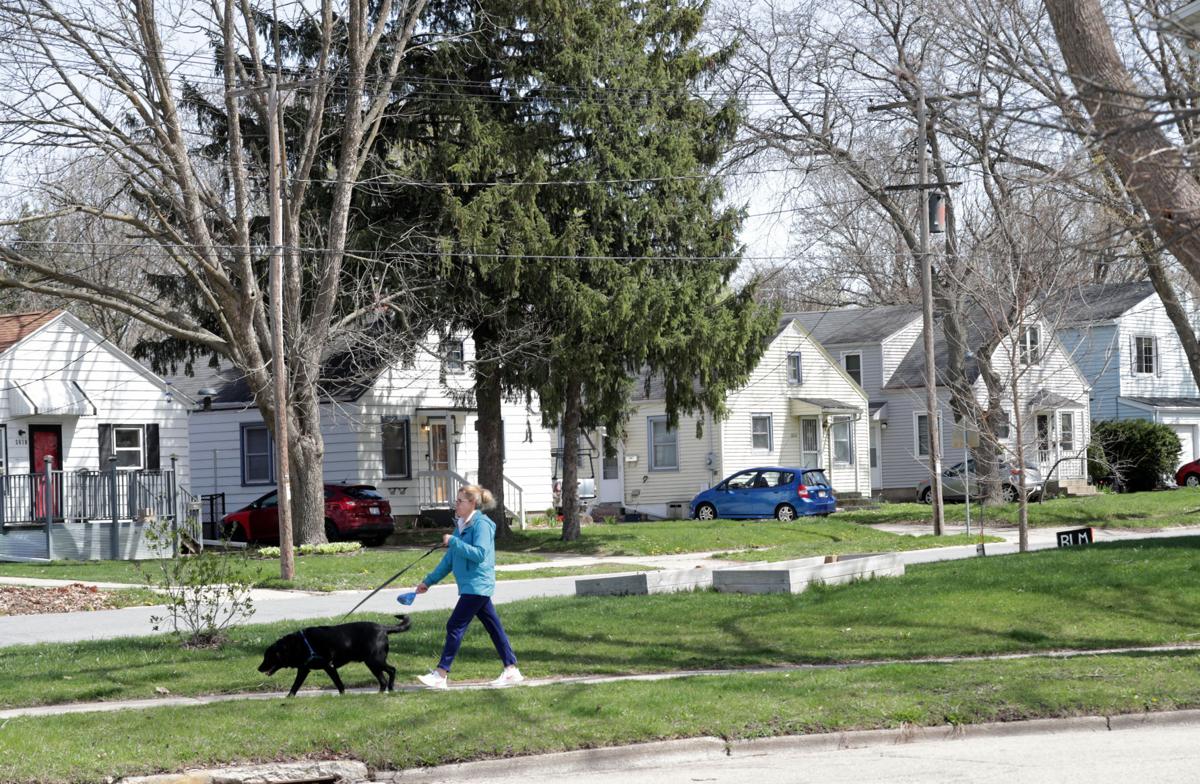 The Eastmorland area near Olbrich Park saw a 9.2% increase, to $238,000, in average home values according to property assessments released Friday. Citywide, the average single-family home value rose a healthy 6.3%, to $335,200. 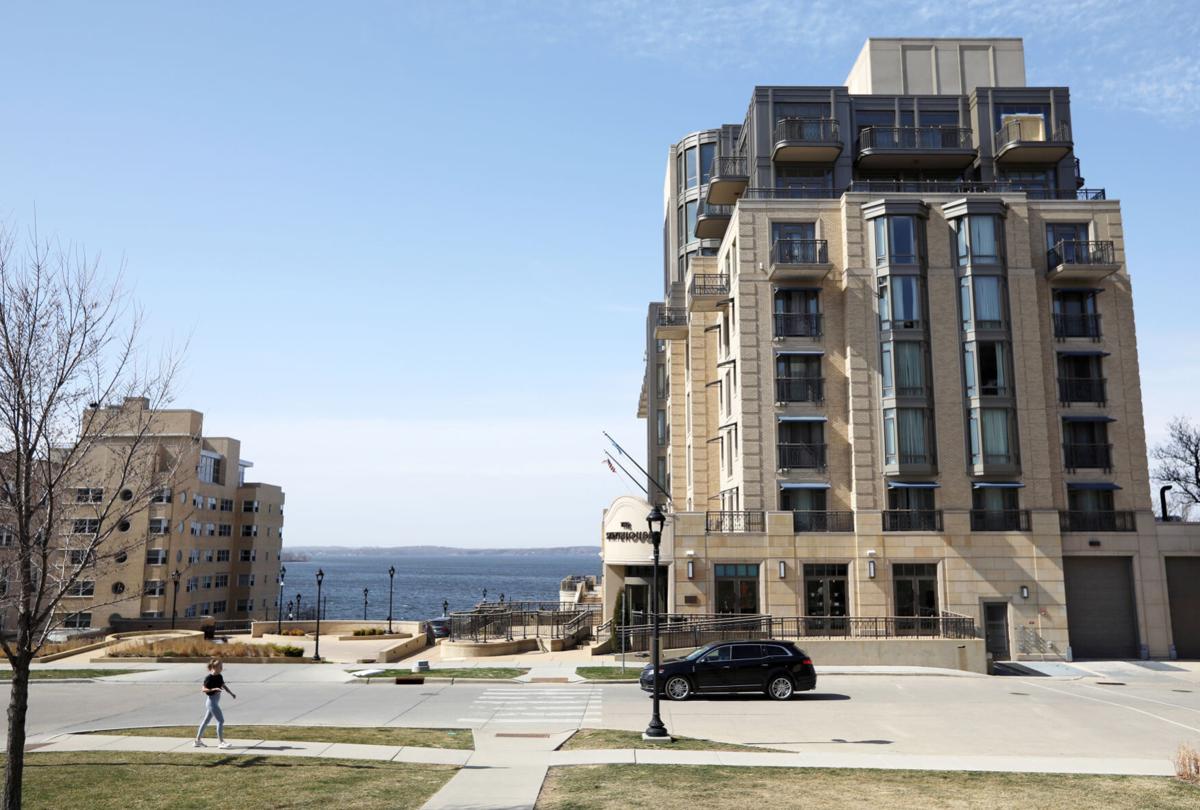 Property assessments for hotels, like The Edgewater on Lake Mendota, where the value is tied to business performance, dropped in value by 15% to 25%.