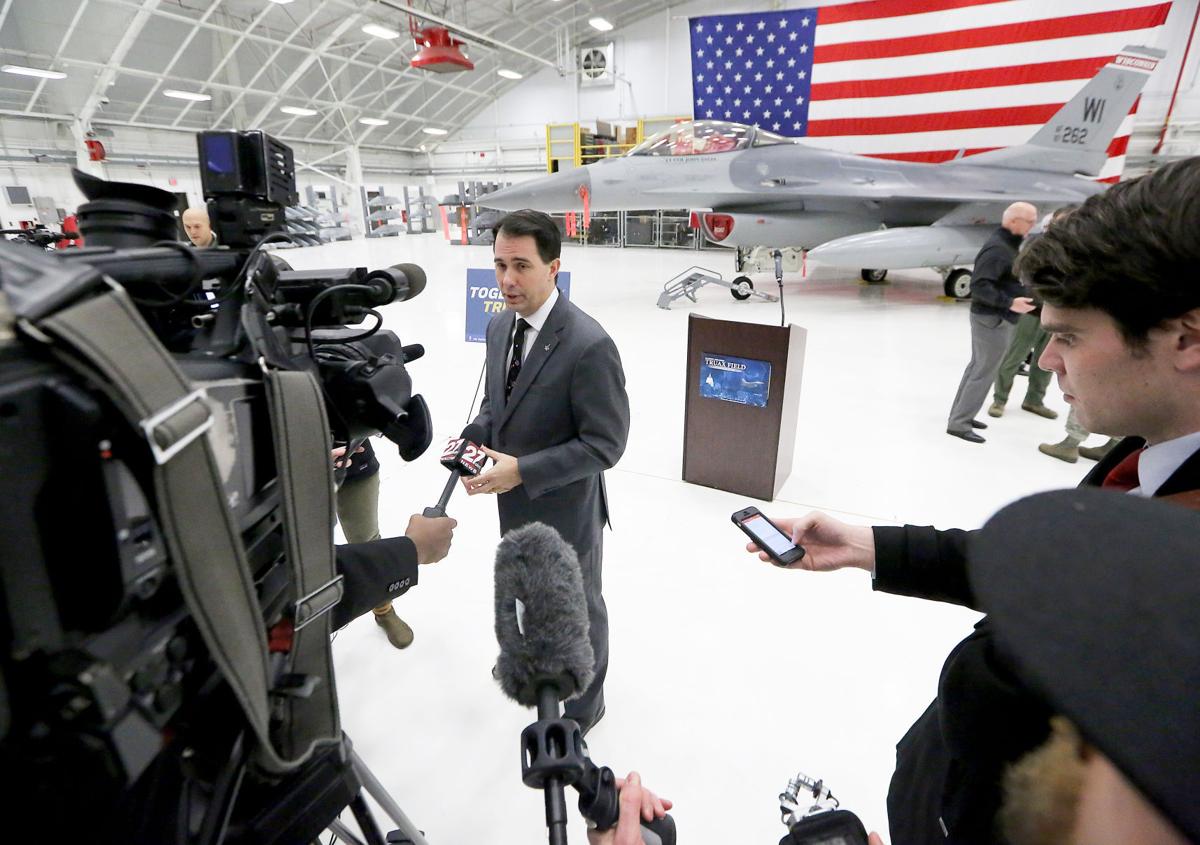 Gov. Scott Walker said the addition of F-35 fighter jets at the Air National Guard's Truax Field will bring the "sound of freedom" to Madison. The new aircraft would replace aging F-16s like the one behind Walker.

Local and state officials praised the Pentagon's decision to locate a new generation of F-35 fighter jets at Truax Field. 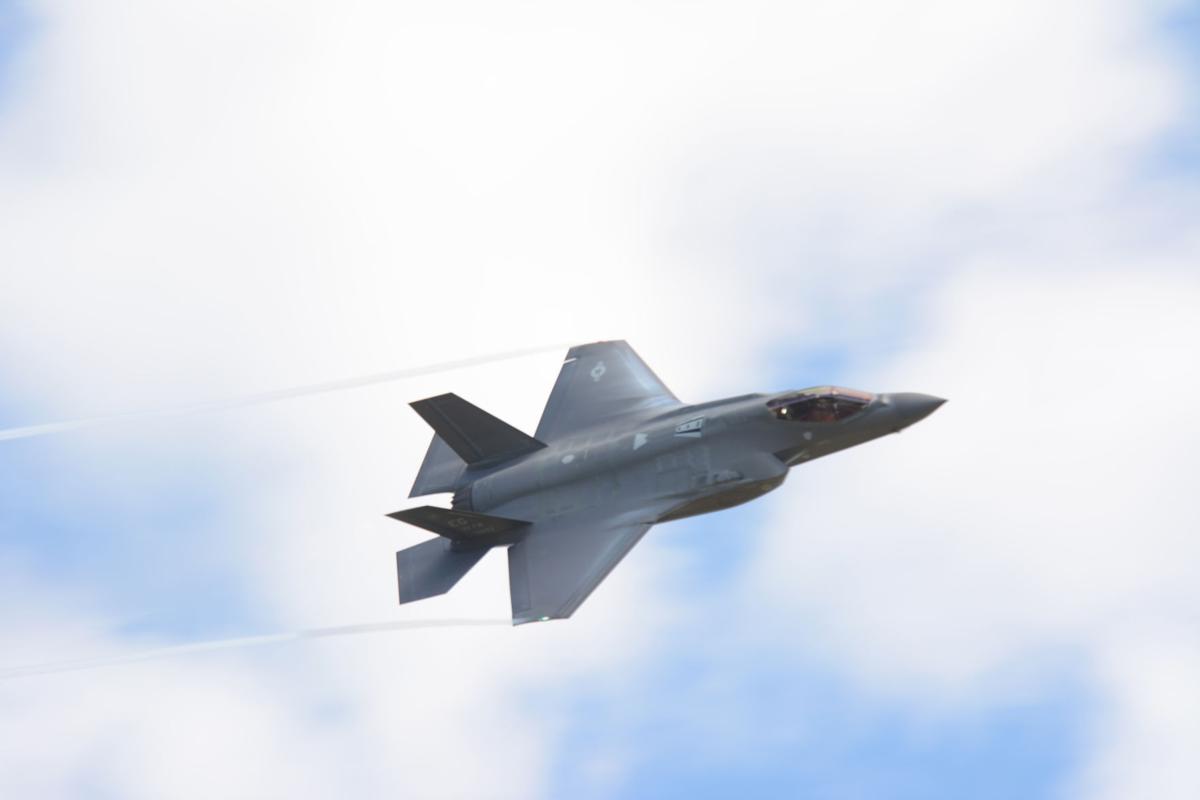 Truax Field in Madison was named a finalist to become home for 18 F-35 fighter jets. In this file photo, one of the jets flies over the Air National Guard Hardwood Range, an air-to-ground missile training area  near Finley, during the August 2016 Northern Lightning exercise based at Volk Field Air National Guard Base in Camp Douglas.

The future of Madison’s Air National Guard base was bolstered Thursday with the announcement that it will become home to a squadron of $100 million F-35 fighter jets.

The first of the 18 planes is scheduled to arrive at Truax Field on Madison’s North Side early in 2023 after an environmental impact study that will include a public comment period as it examines everything from jet engine noise to air emissions to social and economic impacts.

Gov. Scott Walker said he looked forward to hearing the “sound of freedom” flying over the Madison area.

Local politicians and business leaders have been campaigning to win the high-tech aircraft as a way of securing jobs and other economic benefits.

“I congratulate the dedicated men and women of the 115th Fighter Wing,” said U.S. Sen. Tammy Baldwin, D-Madison. “I have been proud to play a lead role within the Wisconsin Congressional delegation advocating for the 115th, and I am pleased that the Air Force has recognized the tremendous strategic, geographic and economic capabilities that Truax offers.”

“I look forward to Wisconsin playing a major role as the Air Force modernizes and enhances its capabilities to keep America safe and secure,” Johnson said.

Huge cost overruns plagued the F-35 program early on. As production picked up, the 2014 per-plane price of $108 million began dropping and hit $94 million recently, a Pentagon procurement office spokesman said Thursday. A year ago, when President-elect Donald Trump blasted the costs, independent analysts said when all costs were included the price tag was closer to $138 million.

Last month, the U.S. Government Accountability Office reported that 250 F-35s had been deployed with plans to triple the number before 2022, but the effort is plagued by problems including the aircraft’s inability to meet performance standards in trials, and that shortages of spare parts kept planes grounded 22 percent of the time.

The Greater Madison Chamber of Commerce and a support group for the base, Badger Air Community Council, raised money to push for Truax.

“We are extremely proud and excited about today’s announcement for the 1,200 airmen of the 115th Fighter Wing, as well as for Greater Madison’s economy,” chamber president Zach Brandon said.

The Air Force announced last year that the base was one of 18 Air National Guard locations being considered for the growing fleet of F-35 jets. The field was narrowed to five finalists in December 2016.

Truax now is home to F-16 jets that are among the oldest still in operation. Being selected as an F-35 site should help protect Truax when the military re-evaluates its needs. The base was scrutinized in 2005 during the last national base realignment process.

Air Force studies show F-35s can be louder or quieter than F-16s depending on flight paths, use of afterburners and other factors. The federally mandated environmental impact studies usually include detailed projections of how loud the F-35s will sound in various locations around an air field.

Madison residents, especially those on the East Side, have often complained about the roar of commercial and military jets. The county airport and the Air National Guard have said they take steps to minimize noise.

“As someone who lives in earshot of this, I’ve got to tell you, it’s not that frequent,” Walker said. The Executive Residence in Maple Bluff is about 7 miles southwest of Truax.

Walker also said the fighter jets and $20 million in federal dollars to upgrade the base would be like “pouring jet fuel” on the Madison-area economy.

Walker said no taxpayer money was offered to persuade the Air Force, and he would not say how much money was spent lobbying. He said the lobbying was largely done by the state’s federal delegation.

The Chamber of Commerce contracted with two advisers with military expertise in Washington, D.C., and raised $100,000 for its efforts to bring the fighters to Madison in conjunction with the Badger Air Community Council.

What do you think of Madison being picked for F-35 fighter jets?

F-35 battle tactics and software to be developed in military exercise that also demonstrates state's case for basing the jets in Madison.

The jets hold promise to protect their home bases from the threat of federal budget cuts and Pentagon closures of military installations.

The new jets were rated louder than F-16s at some bases, but quieter at others.

I wish Gov. Scott Walker and his family a merry Christmas and happy new year, even though this letter may be critical of them.

The National Guard began accepting written comments Wednesday. A draft environmental impact statement is to be written this year.

A few dozen people attended a meeting Wednesday to express their concern or support for a plan to place a squadron of the high-tech aircraft in Madison.

Van Orden said he was one who let the state Legion know its then-historian, Howard "Gordy" Clewell, had lied about his service.

Report: More than 1,000 Madison homes would be 'incompatible for residential use' with F-35 jets

The noise from the fighter jets won't be a constant buzz, but rather dramatic increases in noise as jets pass by, up to about 110 decibels -- about as loud as a rock concert.

Pat Richter: Just another weekend for the 115th Fighter Wing in Madison

No press releases were issued. No social media posts or press conferences occurred.

Supporters of the new jets say the base could be at risk of closing, costing Madison jobs and economic activity, but others say there are alternatives and the closure risk is presumptuous.

Gov. Scott Walker said the addition of F-35 fighter jets at the Air National Guard's Truax Field will bring the "sound of freedom" to Madison. The new aircraft would replace aging F-16s like the one behind Walker.

Local and state officials praised the Pentagon's decision to locate a new generation of F-35 fighter jets at Truax Field.

Truax Field in Madison was named a finalist to become home for 18 F-35 fighter jets. In this file photo, one of the jets flies over the Air National Guard Hardwood Range, an air-to-ground missile training area  near Finley, during the August 2016 Northern Lightning exercise based at Volk Field Air National Guard Base in Camp Douglas. 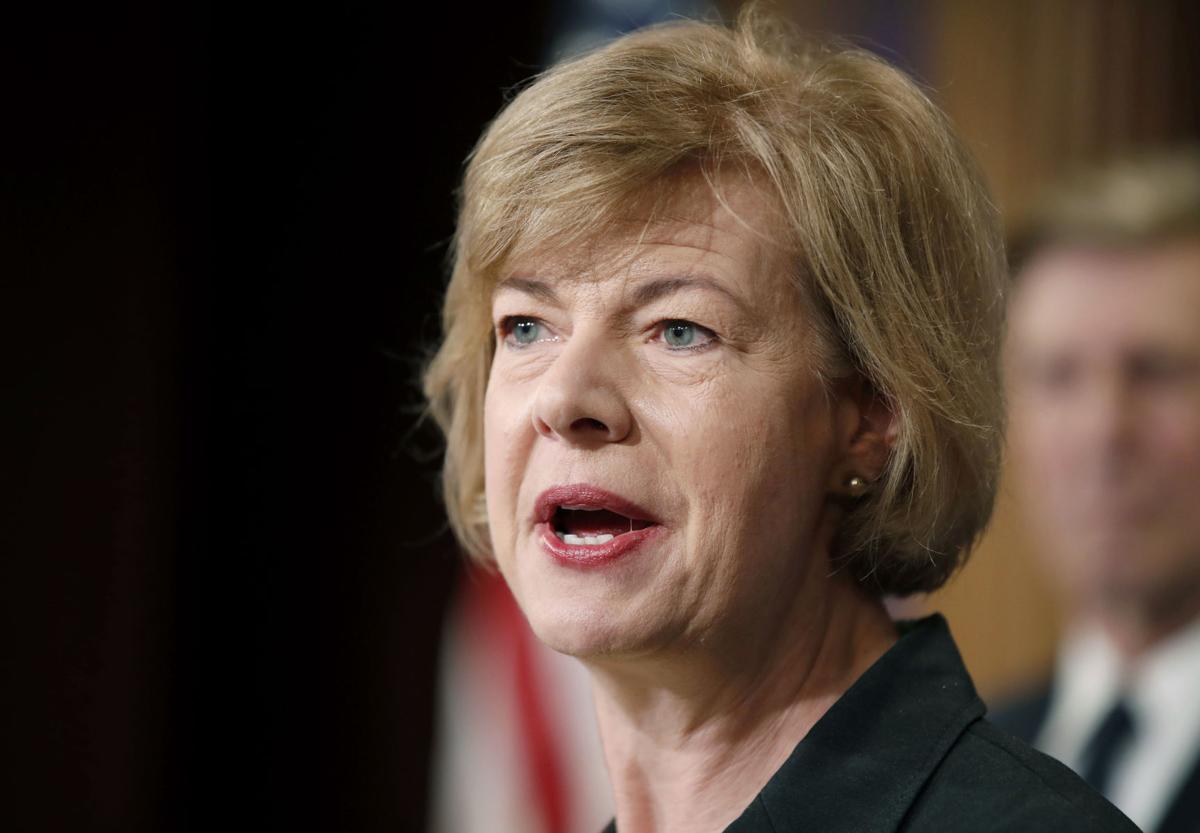 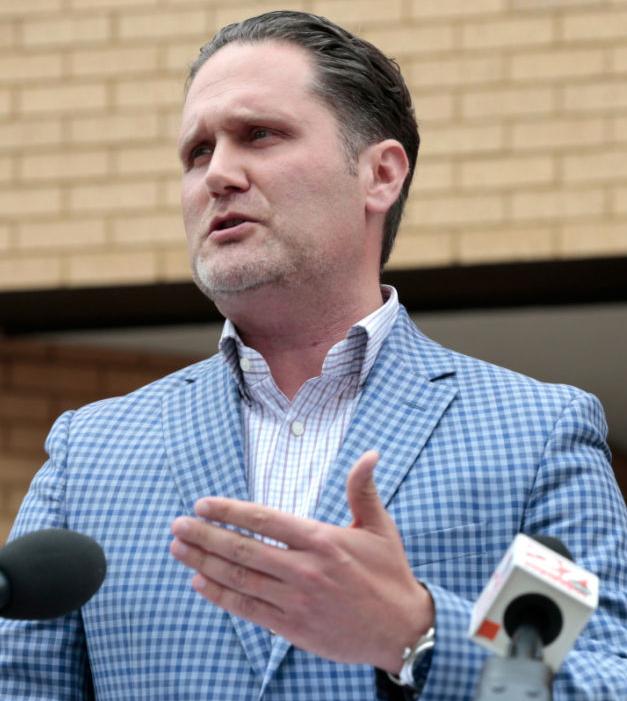