Madison offers peek at Public Market
Share this
1 of 2 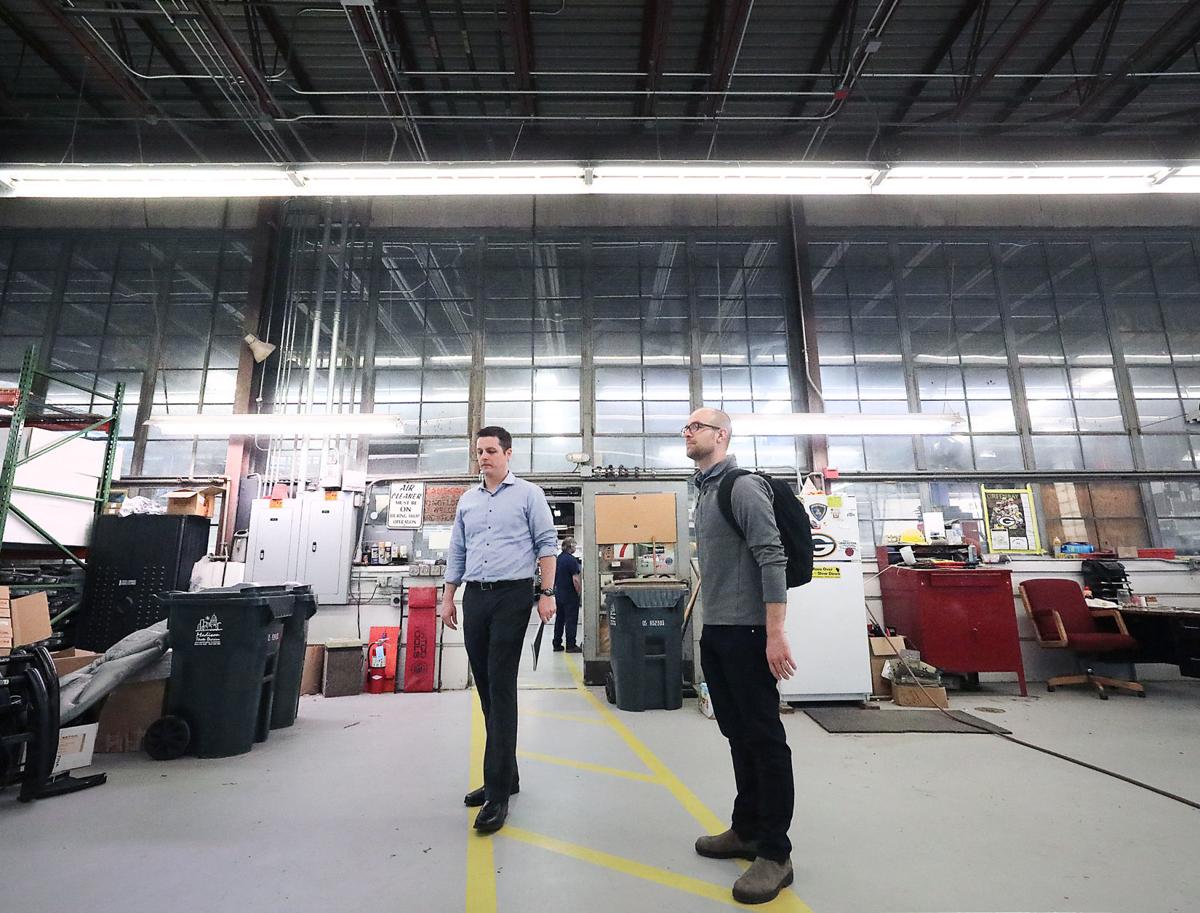 Dan Kennelly, manager of Madison's Office of Business Resources, left, and Brent Pauba of the city's Engineering Division, view the interior of the city's Fleet Services building, which will become the home of the Madison Public Market. The city is inviting the public to look at interior design concepts, taste foods and meet vendors there on Wednesday. 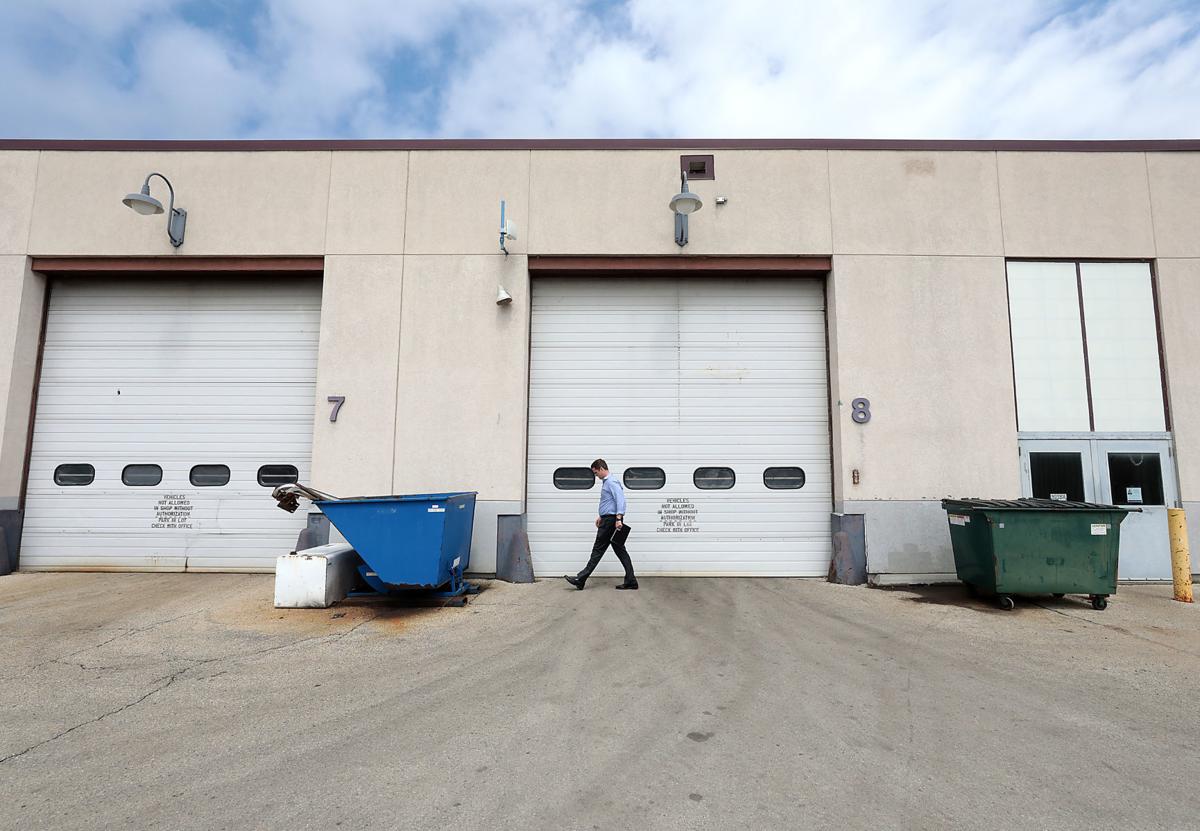 City officials believe the large bay doors at the city's Fleet Services Building will contribute to the open feel of the future Madison Public Market.

Already, there is a sense of big things ahead for the two-story industrial space, currently the city’s Fleet Services building on the East Side, which has been chosen as the future home of the $13.2 million Madison Public Market.

On Wednesday, for the first time, the public will be able to step into the space and give input on the emerging plan for the structure at 200 N. First St., sample foods, meet vendors and take tours of the building.

So far, the focus has been on the interior, although there is already discussion about some sort of “beacon” exterior architectural element that would create a sense of arrival at the market, said Dan Kennelly, city Office of Business Resources manager.

“We’ve made great progress in the design of the building,” he said. “We’re hoping people will come out to share their input and take a look.”

The Fleet Services building, located on 3.4 acres of city-owned land at the corner of North First and East Johnson streets, offers 45,000 square feet of space. The structure has three vast service bays, all with tall ceilings, lots of windows and tall service doors.

Each bay will be converted to a specific use, Kennelly said:

Between the Main and Event halls will be a ground-floor kitchen for vendor food preparation and cooking, catering and offerings like community nutrition classes, Kennelly said. Above it is a 5,600-square-foot mezzanine that overlooks those two bays and can be used for neighborhood meetings, seating for diners and staff offices, he said.

Currently, large swaths of the exterior windows are covered with a translucent material, but the interior spaces are still well-lit. The city intends to retain the large window openings but improve them with modern finishes and new glass, said Brent Pauba of the city Engineering Division, adding, “The spaces will be bathed in natural light.”

The structure’s large bay doors will allow some larger vendors to spill onto outdoor spaces on First Street, Kennelly said.

In all, there will be 35 to 45 permanent merchants in the market, plus a rotating mix of pop-up and temporary vendors.

The city’s MarketReady program is already supporting 30 entrepreneurs selected from 83 applicants as they seek to start or expand businesses at the market. The participants include 33% first-generation immigrants, 63% women and 83% people of color.

The building itself is structurally sound, with exterior walls of 12-inch concrete blocks and 6-foot concrete floor slabs throughout, Pauba said.

Advocates have been trying to create a public market for at least 14 years. The site has bounced from the Brayton parking lot on East Washington Avenue two blocks east of Capitol Square, to what would become the Judge Doyle Square project south of Capitol Square, to the current area between East Washington and East Johnson just east of the Yahara River.

Now, Fleet Services, which maintains the city’s vehicles, will move to a new facility at 4141 Nakoosa Trail in 2020 with a groundbreaking for the market that fall and an opening of the market in fall 2021.

The nonprofit Madison Public Market Foundation will manage and operate the facility and the city will keep ownership of the building.

The city has included $7.5 million for the market in the capital budget, with the foundation raising $4 million, including $2.5 million for the building project and $1.5 million for future market operations. The foundation expects $3 million in federal new market tax credits, and state and federal grants and tax incremental financing (TIF) may also be used to support the project.

Where: The city Fleet Services Building, which will be the future home of the public market, 200 N. First St.

The city and owners of the shopping center were roughly $1.6 million apart on the value of private land the city was to buy.

The city is parting ways with a private landowner/developer and changing the location of the coming $13.2 million Madison Public Market back to the site of its Fleet Services building at the corner of North First and East Johnson streets.

The law firm Boardman & Clark is delivering a lead gift of $250,000, while Dairy Farmers of Wisconsin is providing another contribution to create a special interactive space within the market highlighting dairy and cheesemaking.

From momos to children's books, cultural diversity at heart of Madison Public Market

Supporters say the Madison Public Market will be a crossroads of cultural diversity and entrepreneurship, providing a  and benefit both budding and established businesses and be a destination for the community and visitors.

Set to open in fall 2021, the market will be a year-round destination featuring entrepreneurs offering fresh produce, culturally diverse and locally prepared food and handcrafted items.

“For the first time, the public is really going to be able to visualize what the space is going to look like,” a city engineering spokeswoman said.

Construction at Burr Jones Park is underway and set to be completed this spring. The changes will "help continue to make the greater East Washington Avenue Corridor a vibrant place."

Developers are seeking to push forward several big projects as the city of Madison review process, delayed by the COVID-19 pandemic, cranks back up.

Dan Kennelly, manager of Madison's Office of Business Resources, left, and Brent Pauba of the city's Engineering Division, view the interior of the city's Fleet Services building, which will become the home of the Madison Public Market. The city is inviting the public to look at interior design concepts, taste foods and meet vendors there on Wednesday. 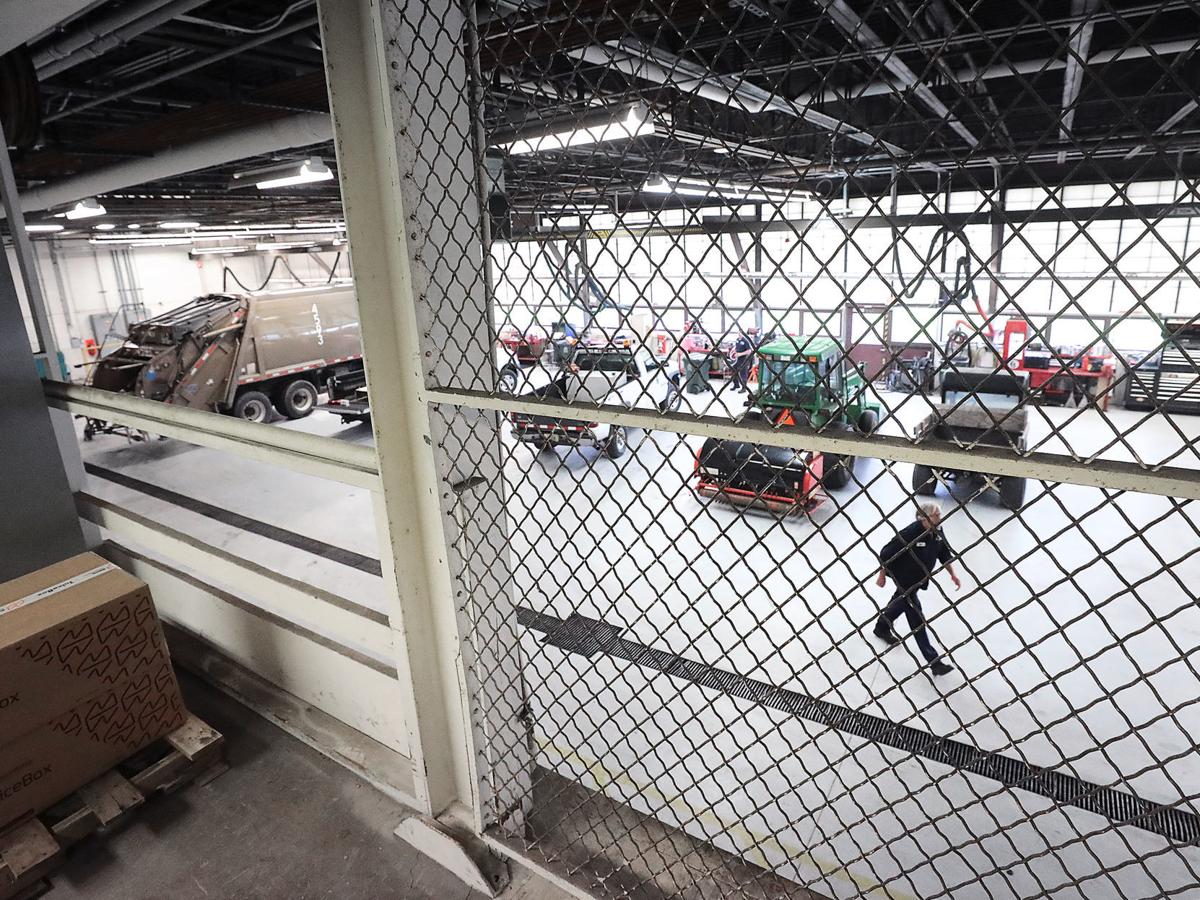 A second-floor mezzanine looks out over one of three large bays at the city's Fleet Services building on the East Side. The 5,600-square-foot mezzanine could be used for neighborhood meetings and dining after the structure is converted to be the home of the Madison Public Market. 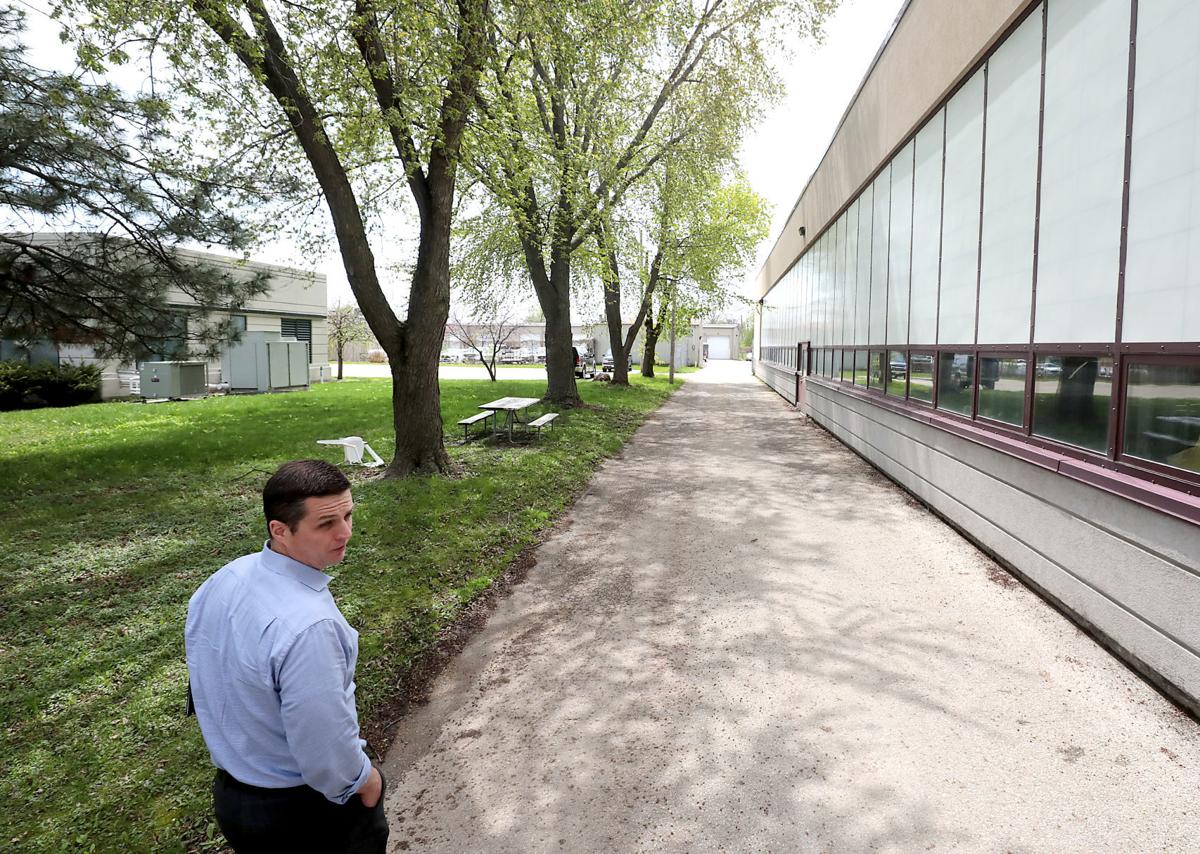 Dan Kennelly, manager of Madison's Office of Business Resources, surveys windows Monday at the city's Fleet Services building, future home of the Madison Public Market. The windows will be modernized to pour natural light into the structure.

City officials believe the large bay doors at the city's Fleet Services Building will contribute to the open feel of the future Madison Public Market. 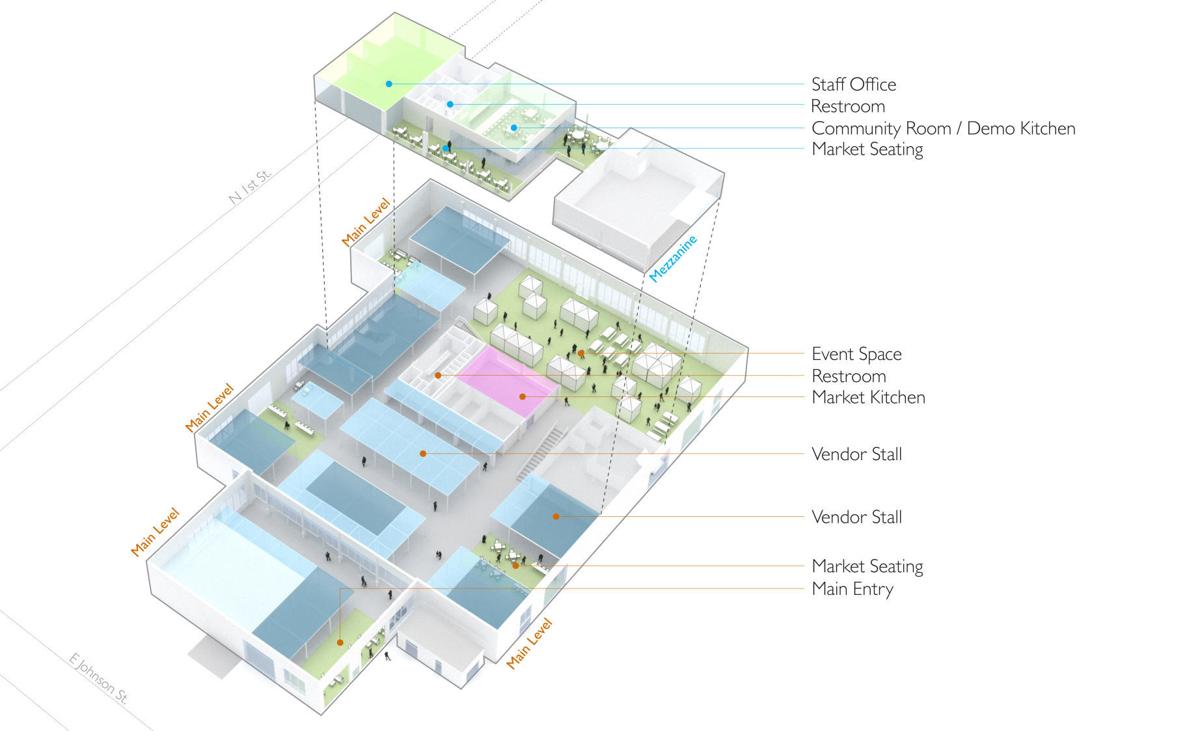