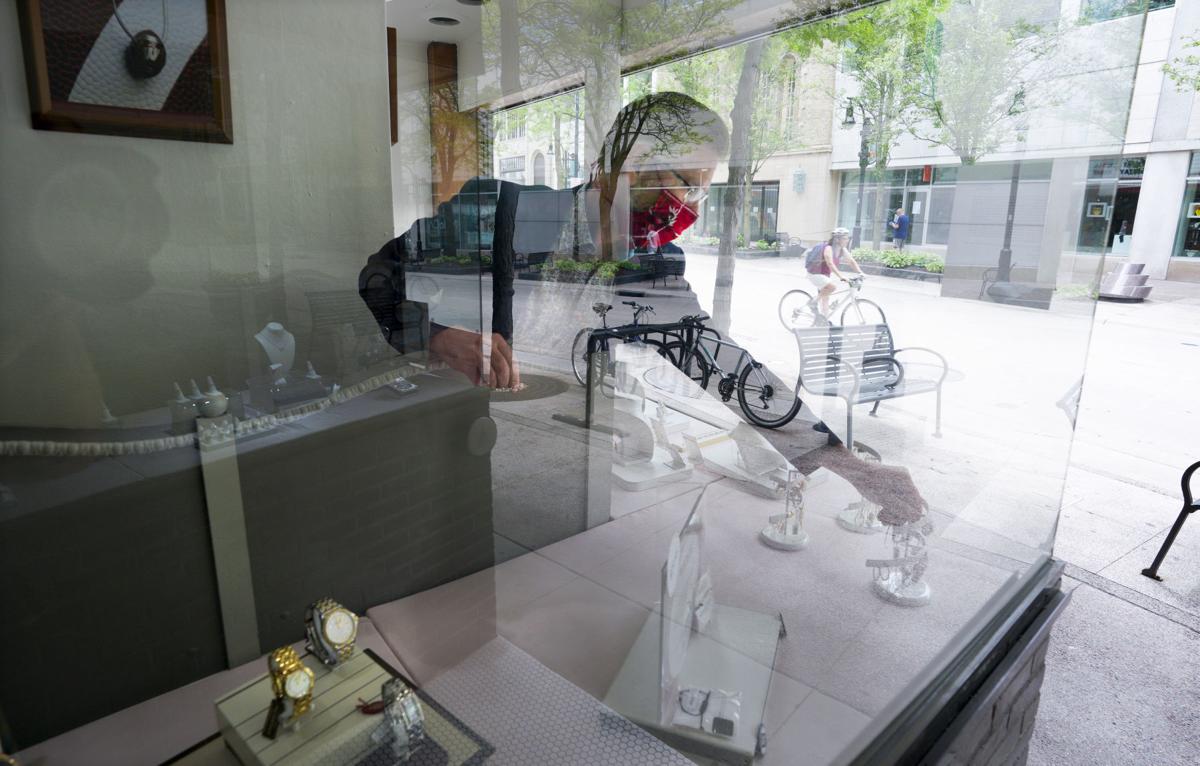 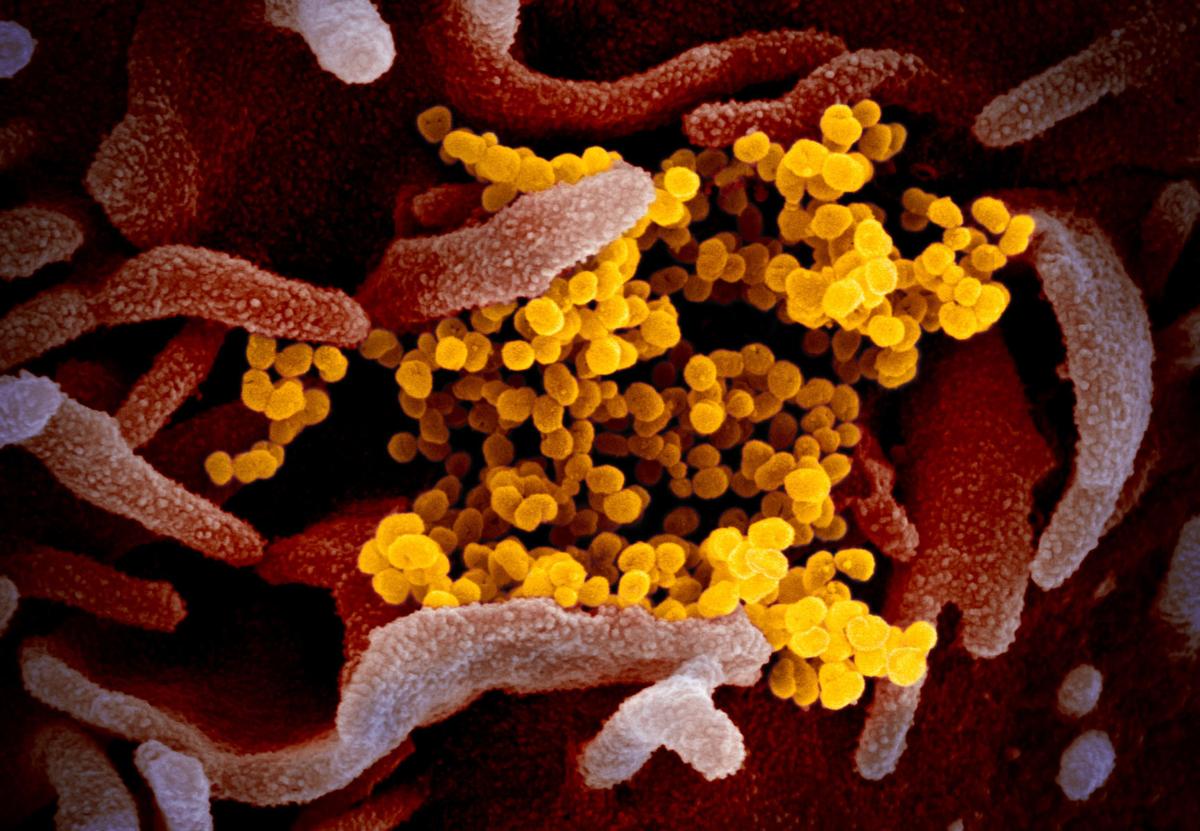 Electron microscope image of SARS-CoV-2, the virus that causes COVID-19.

Alleging a lack of adequate COVID-19 testing and contact tracing, a group of 14 Madison City Council and Dane County Board members on Monday questioned the local health department’s decision to green-light the partial reopening Tuesday of restaurants, salons and other businesses that may require close contact between patrons and customers.

Public Health Madison and Dane County, though, says it has relied on experts and data to craft a plan that aligns with plans elsewhere and is based on “a steady, stepwise reopening that uses metrics based in epidemiology and health system capacity.”

The eight council and six County Board members wrote in a letter Monday to Dane County Executive Joe Parisi, Madison Mayor Satya Rhodes-Conway and public health director Janel Heinrich that “allowing indoor businesses to open seems to increase risk significantly and threatens the health and lives of both workers and customers.” 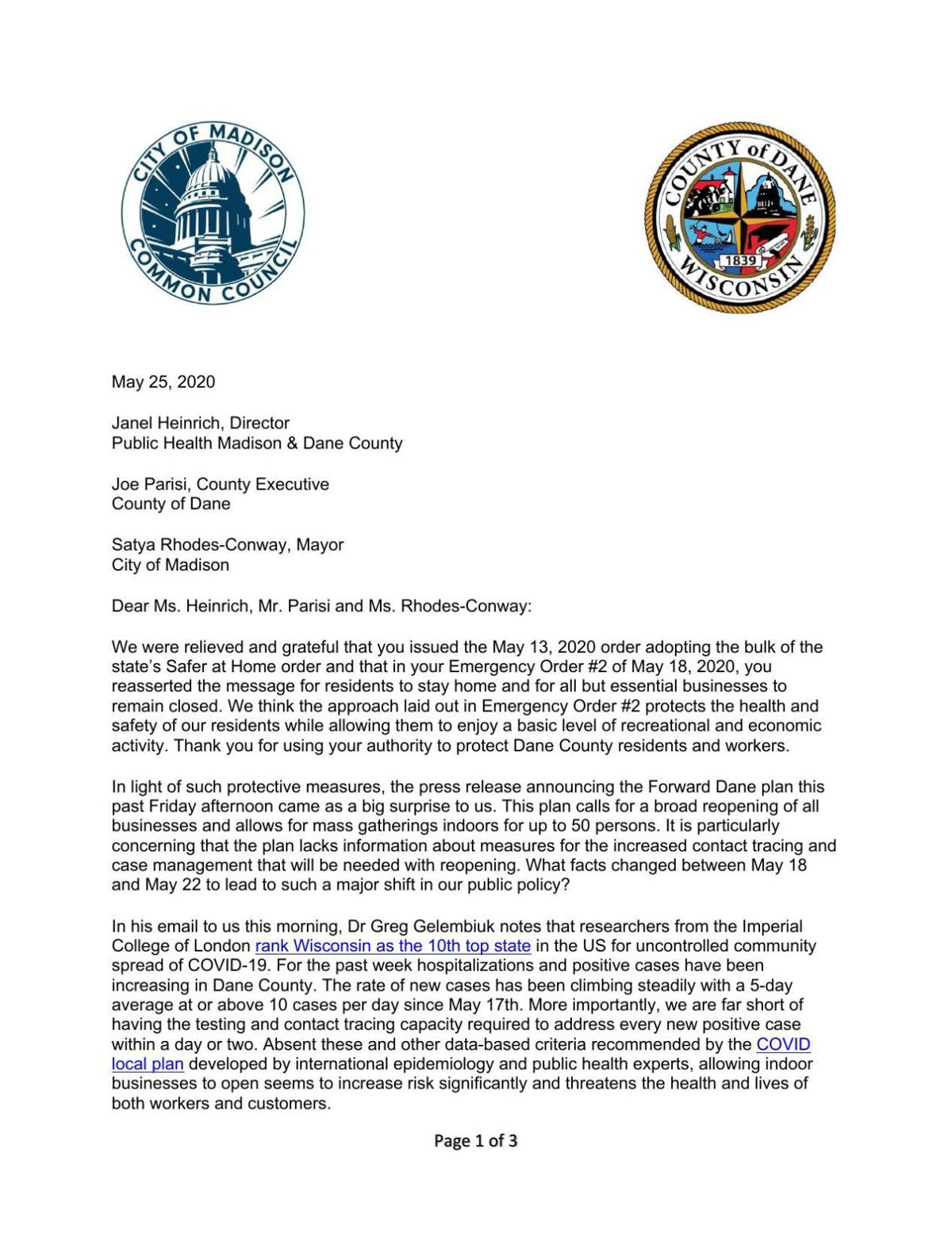 “Poor, uninsured, low-wage workers ... have no alternative but to go to risky jobs that make them vulnerable,” they wrote. “Multiple studies have shown that the pandemic has been devastating economically, especially in black and brown communities where people may live with extended families and are more likely to be employed in public-facing occupations such as food service, transportation and home health care where they are more susceptible to become infected.”

All but four of the letter’s signatories are members of the left-wing local political party Progressive Dane, as is Rhodes-Conway. The City Council has 20 members, the County Board 37.

The letter from the council and board members comes after an email critical of the reopening plans was sent to city and county elected officials by Greg Gelembiuk, a UW-Madison biology and statistics researcher who in recent years has also served as a source of expertise on policing for local activists interested in greater oversight of Madison police. 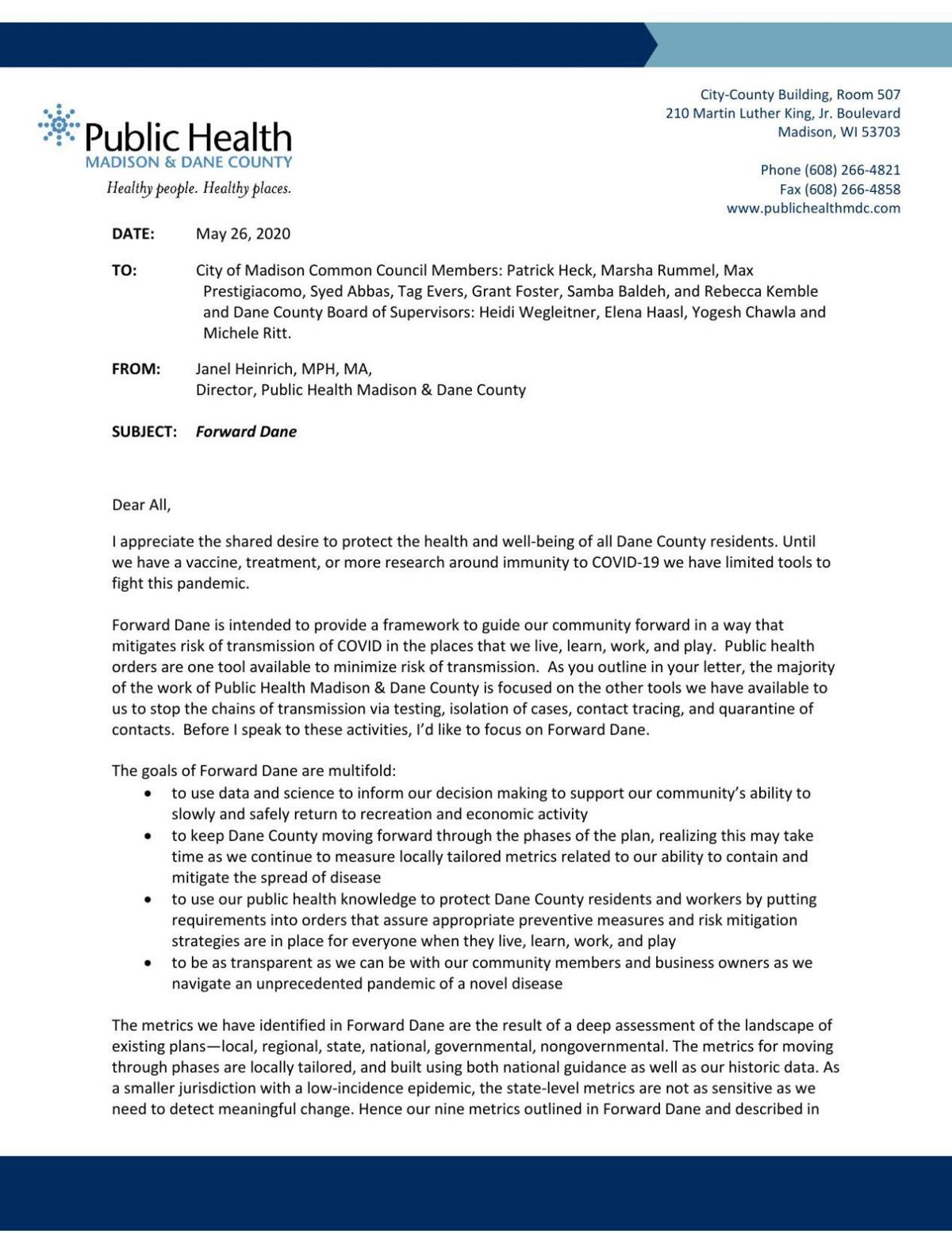 On infection rates, for example, Heinrich noted that “Dane County has seen low numbers of new cases over the course of the epidemic,” making it “challenging” to demonstrate “a statistically significant and meaningful decline” in infections. She said the plan instead adopts low-incident threshold of less than one case per 100,000 people over 14 days.

As for shutting down businesses and other public venues, Heinrich wrote that if Forward Dane’s metrics start to show signs of increasing infection or other problems, “we are prepared to reconsider whether in the best interest of public health we would need to potentially move to a more restrictive phase to slow the spread of this disease.”

Public health officials announced Friday that as of 8 a.m. Tuesday, most businesses, including gyms and restaurants, are allowed to operate at 25% capacity with certain public health requirements and physical distancing in place. Salons, tattoo parlors and spas were able to start taking customers by appointment.

The easing of restrictions is part of the plan that allows for a phased reopening of Dane County businesses and other organizations as long as specific health metrics are met. Tuesday began Phase 1, and each of the plan’s three phases will last at least 14 days, the incubation time for the coronavirus. Phase 2 will allow for up to 50% capacity at most businesses and the lifting of other restrictions. Phase 3 will allow for up to 75% capacity.

Dane County instituted its own stay-at-home order after the state Supreme Court overturned Democratic Gov. Tony Evers “safer at home” order on May 13. The Forward Dane plan was unveiled May 18.

The 14 elected officials also wrote that there has been “little opportunity” for council members, county supervisors and the public “to be involved in the hard work of balancing health risk mitigation against the economic pressures faced by employers and social interests of our residents.”

In response to the officials’ letter, County Board Chairwoman Analiese Eicher and City Council President Sheri Carter said in a statement that “although the letter raises a number of good points that some of us have already raised, sending the letter hours before Phase 1 goes into effect impedes our public health department from doing their job to the best of their ability.”

Eicher and Carter contended that “elected officials have the ability to raise questions and engage in productive conversations with our County Executive, Mayor, and Director of Public Health at any time.”

Rhodes-Conway and Parisi did not respond to requests for comment.

Despite lack of surge, Wisconsin hospitals plan for future waves of COVID-19 infections

Hospitals did not experience the surges they braced for, but plans remain in place in the event of another wave of COVID-19 infections.

The Wisconsin Coalition Against Homelessness is appealing to state government to take decisive short- and long-term action to address a surge in homelessness that is says may be unrivaled since the great depression.

'The building is closed but the church is open': Digital worship here to stay

Most businesses will be able to operate at 25% capacity starting Tuesday after Dane County announced Friday it reached the benchmarks to move into the first phase of its reopening plan.

The survey was conducted between May 4 and 17, during which time Gov. Tony Evers loosened some restrictions on retail shopping and the state Supreme Court subsequently repealed almost all of the "safer at home" order.

The lawsuit comes after Public Health Madison and Dane County announced the county's reopening plan, which replaces the statewide plan struck down by the Wisconsin Supreme Court.

Electron microscope image of SARS-CoV-2, the virus that causes COVID-19.