Dane County Judge Jill Karofsky won a dominant victory in last week’s Wisconsin’s Supreme Court race, defeating Justice Dan Kelly after more than a week of high drama over whether the election should go on amid the COVID-19 pandemic.

Karofsky’s win follows a flurry of executive and legal action to delay the election, which was set against a backdrop of coronavirus pandemonium and a surge in absentee voting.

Democrats sought unsuccessfully through executive action and lawsuits to move the election date, but Republicans resisted and state and federal courts ruled the election must go on as scheduled. The results, however, couldn’t be released until six days after the vote to accommodate a court-ordered extension for absentee ballots.

Democrats said the choice by Republican leaders to hold the election during the COVID-19 pandemic represented the worst in voter suppression for making people choose between their health and voting. Republicans said the attempts to delay caused voter confusion.

In the end, voters turned out in far greater numbers than last year to support the liberal-backed candidate, an outcome that had long been expected given the Democratic presidential nomination was still being nominally contested.

“I’m honored to have earned the trust of people across this state who believe in a tough, fair, and independent judiciary and I promise to never forget those principles as their Wisconsin Supreme Court justice,” Karofsky said in a statement.

Kelly conceded shortly after The Associated Press declared Karofsky the winner based on early results that showed her outperforming last year’s liberal-backed candidate by thousands of votes in counties where Kelly only did slightly better than last year’s conservative-backed candidate. It was Kelly’s first election bid after being appointed to the seat by former Gov. Scott Walker in 2016.

“It has been the highest honor of my career to serve the people of Wisconsin on their Supreme Court these past four years,” Kelly said in a statement. “The expiration of the time and authority loaned to me is a reminder that our system still works — that our Constitution endures through every test and trial, and that here in America the lawful will of the people shall always prevail.”

Karofsky is the first challenger to beat an incumbent justice since 2008, when conservative-backed Judge Michael Gableman defeated liberal-backed Justice Louis Butler. Before that, the last time a challenger unseated an incumbent was 1967.

While state Supreme Court races are nominally nonpartisan, they are run in an intensely partisan fashion, with political parties and outside groups spending large sums to back their preferred candidates.

Special interest groups spent a record of nearly $5 million on advertising and other electioneering activities to support either candidate. Karofsky benefited from $2.4 million in spending and Kelly $2.5 million, according to the Wisconsin Democracy Campaign. Karofsky also received $1.3 million direct support from the Democratic Party of Wisconsin.

The sway of the court could have major implications for a variety of highly contentious political issues, including the powers of the Legislature and governor, and the state’s decennial redistricting process.

The state’s April 7 election drew national attention after Republicans in the Legislature declined to postpone it amid the COVID-19 pandemic, which health experts warned would put voters and poll workers at higher risk of contracting the disease. Some cities, including Milwaukee and Green Bay, didn’t have enough poll workers to staff more than a few polling locations, resulting in long lines on Election Day.

Karofsky’s win could be challenged via lawsuits over problems that occurred with both absentee ballots and how the in-person election was conducted. But given the results firmly favor Karofsky, it is unlikely any legal action would give Kelly a win. Karofsky declined to say she’d support any litigation related to the election but slammed what she called voter suppression tactics used by Republicans last Tuesday in declining to postpone the election.

Campaigning was upended midway through the Supreme Court race due to the COVID-19 pandemic, forcing the candidates to conduct nearly all their operations online and battle to find their voice in a news cycle that has been almost fully consumed by the shutdown of society.

Up until the COVID-19 curve ball, the race had followed the same intensely partisan trend set over the past decade of Wisconsin Supreme Court races.

Karofsky focused her campaign on repeatedly claiming Kelly was corruptly ruling in favor of groups and interests that supported him — which he forcefully denied. Kelly, mirroring the approach taken by prior conservative-backed candidates, focused on his legal approach of following the letter of the law, and criticized Karofsky for failing to distance herself enough from her progressive politics.

Karofsky has faced several lines of criticism from conservatives and her opponents, who say she would be a “social justice warrior” on the bench, that she doesn’t have sufficient experience with civil cases, and that she is soft on crime.

Kelly was slammed for past blog writings in which he said former Democratic President Barack Obama’s re-election was a win for the “socialism/same-sex marriage/recreational marijuana/tax increase crowd,” that Social Security and other safety net programs were akin to slavery and that the U.S. Supreme Court’s gay marriage ruling was illegitimate.

Karofsky, supported by liberals, won a seat on the Dane County Circuit Court in 2017 and served as assistant and deputy district attorney in the Dane County District Attorney’s Office from 1992 to 2001. She has also held two posts in the state Department of Justice, as violence against women prosecutor and as head of the Office of Crime Victim Services.

Election 2020: A guide to winners and losers in Wisconsin's spring contests

Almost one-third of the Dane County Board will be made up of newcomers after several won seats in uncontested elections Tuesday and three more were elected in contested races in results announced Monday.

A slow warming trend will have highs finally back in the normal mid-50s by the weekend, according to forecasters.

Jill Karofsky benefited from a Democratic primary, but her double-digit win signals trouble for Trump

Jill Karofsky’s double-digit Supreme Court win isn’t quite a forecast for how Wisconsin’s toss-up presidential election will play out in November, but it highlights the vulnerabilities for Republican President Donald Trump and a potential victory strategy for presumptive Democratic nominee Joe Biden.

It's another sign that people's fears about leaving home amid the COVID-19 pandemic may be waning.

Republicans want to keep any legal battle over redistricting Wisconsin in the state Supreme Court.

Circuit Judge Peter Anderson is retiring after 11 years on the bench.

Gov. Tony Evers on Thursday announced a panel of three retired judges — representing a mix of former appointees by both Democratic and Republican governors — to select the members of a nonpartisan redistricting commission.

Outside group spending topped $5 million for the first time in a state Supreme Court race. 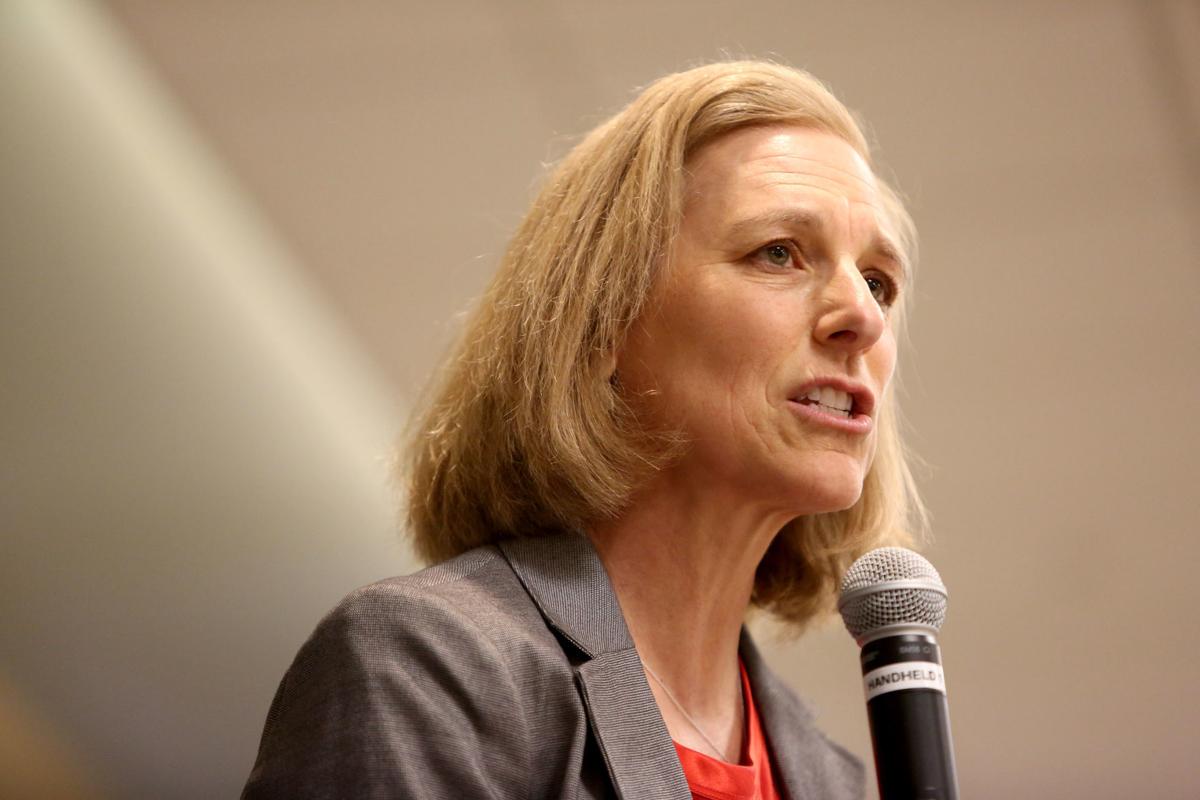 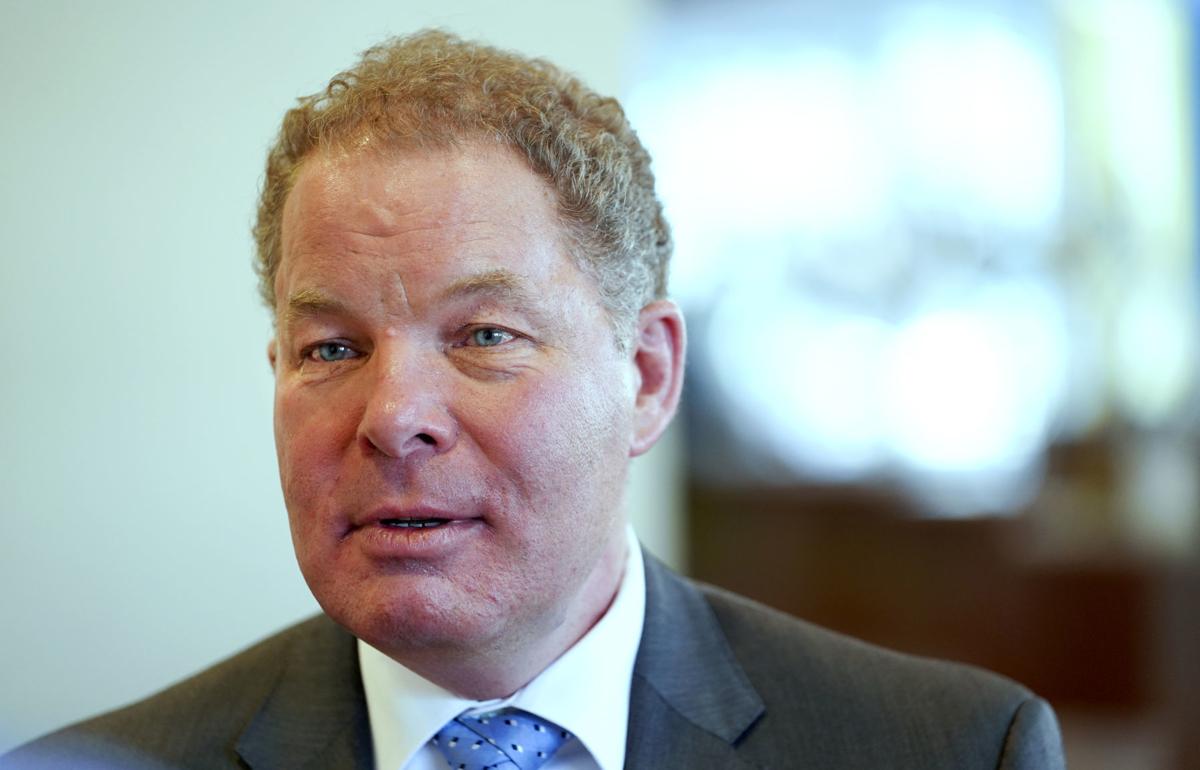