Gov. Scott Walker's political legacy was on the line and his political team needed to raise millions of dollars fast.

In March 2011 Democrats and organized labor were gearing up to recall Walker and flip the GOP Senate majority in response to Act 10, his signature law that hobbled public sector unions and empowered the state and local governments to cut costs.

Walker and his advisers feared his growing constellation of political opponents would pour millions of dollars into the state. But there was also some distrust of their national Republican allies, which might serve as a counterweight to the Democrats and unions, and they worried corporations wouldn't get involved.

So with the ink still drying on Act 10 and a key Supreme Court race looming, Walker and his team hatched a plan to put all of their fundraising and messaging efforts under one umbrella — the Wisconsin Club for Growth, a tax-exempt nonprofit that could accept unlimited donations that wouldn't have to be disclosed publicly. It was led by Walker's top political adviser, R.J. Johnson.

Walker scheduled meetings with some of America's richest people — Donald Trump, Joe Ricketts, Steve Forbes. Johnson coordinated with other conservative groups a messaging and get-out-the-vote operation that helped Republicans retain their Senate majority and made Walker the first governor in U.S. history to survive a recall.

But the operation raised complicated legal questions about coordination between candidates and supposedly independent groups, a practice the state's elections and ethics agency had warned campaigns about for years.

No charges have been filed and those under investigation successfully quashed subpoenas that had been issued. After more than two years of legal wrangling, the Wisconsin Supreme Court halted the inquiry, declaring Walker's political operation protected by the First Amendment. The U.S. Supreme Court is set to consider on Sept. 26 whether to review that decision.

Last week Guardian US, an arm of the British newspaper, published leaked investigation documents, including emails from Walker aides, depositions and affidavits. They provide for the first time the internal thinking among Walker’s inner circle as they launched an operation that proved to be, as Walker put it, "wildly successful."

After publication of the documents -- which, along with other known records, serve as the basis for this story -- Walker declined to say whether he had been fundraising for the group, though he said he is not doing so now.

"The facts have been clearly laid out there," Walker said. "In the spring of 2011, there were a lot of groups spending a lot of money, many of them were from outside Wisconsin. … We thought it was appropriate to get the message out about the facts, not talking about advocating for or against, expressly advocating for or against candidates, but getting the message out that the (Act 10) reforms would work and indeed they have."

Chisholm wasn't the first to question the legality of how Wisconsin Club for Growth operated.

The same day Walker declared he would run for governor in April 2009, the national Club for Growth wrote Johnson about "potential legal issues" with the state Club running ads featuring Walker.

Johnson responded that the group would "continue to criticize and praise the behavior of elected officials" because Wisconsin is not under the same speech restrictions as federal groups.

The idea that the Club could engage in so-called "issue advocacy" while operating behind-the-scenes like a "soup to nuts campaign," as Johnson described it, was baked into the plan to have the group serve as Walker's shadow statewide political operation.

Johnson had been instrumental in helping elect Walker in November 2010; the governor referred to him as his "Karl Rove," President George W. Bush's senior strategist.

Months later, as tens of thousands of protesters descended on the Capitol in opposition to Act 10, Johnson used Club for Growth to provide advertising cover for Walker and Republicans. He was also leading a coalition of groups to help re-elect Justice David Prosser, a conservative locked in a tight race coming up in April.

Act 10 opponents were collecting signatures for recalls. Republicans controlled the Senate by a 19-14 margin. Democrats needed to flip three seats, and they targeted six GOP senators across the state.

Johnson had grown to distrust some other groups. He slammed Americans for Prosperity for running ads praising Sen. Dale Schultz after the moderate Republican declared his opposition to Walker's union proposal. His business partner Deb Jordahl accused the group of trying to undermine their effort.

Johnson complained to Walker that the U.S. Chamber of Commerce was late buying $1.5 million of negative ads for the Supreme Court race and that he had seen multiple examples of groups taking money for advertising and "skimming" some for themselves.

One national strategist aligned with Republican National Committee chairman Reince Priebus, a Walker ally from Wisconsin, proposed that different groups divvy up important elements of the recall campaign — advertising, messaging, getting voters to the polls and recalling Democratic senators.

Johnson disagreed with ceding control. He told Walker and others if the Republican State Leadership Committee, a national political group organized to help state candidates, ran the operation "it would take major chunks of money off the table (and) we will end up getting rolled."

"I don't trust these people as far as I can throw them," Johnson wrote. "After having been totally screwed by the U.S. Chamber I am more convinced than ever that we can not put our fate in the hands of others."

Johnson told Walker that conservative activist Eric O'Keefe — a Spring Green resident who had previously served as a national director of the Libertarian Party and had advocated for Congressional term limits — was on board to head up the group's national fundraising effort. Johnson suggested Walker go on seven or eight national fundraising trips as well as work on in-state donors.

Walker agreed the recall campaigns needed to be run by a single state group. He organized conference calls on April 6 and 7, 2011, that included some of the major state and national players in Republican politics, including Walker's Capitol staff, corporate lobbyists and conservative media.

The effort to beat back the recall would be run through a single in-state group to avoid fumbles by outsiders.

Throughout spring 2011 Walker embarked on a fundraising quest that included stops in Illinois, Texas and New York. His goal was to raise $9 million by June 15; the Senate recalls were scheduled for late July and early August.

On one trip to New York, Walker had dinner with Chris Lofgren, CEO of Green Bay-based trucking company Schneider National, met Mark Schwabero of Fond du Lac-based Mercury Marine on the set of CNBC's Squawk Box and then squeezed in a meeting with Goldman Sachs executive Kathleen Brown before lunch at private equity firm Blackrock.

His talking points: Companies were contributing between $10,000 and $1 million. Donations to Wisconsin Club for Growth could be unlimited and weren't reported publicly. Help from "big box" businesses would be appreciated.

Others passed. A representative for Pickens told Walker's chief fundraiser Kate Doner "we recognize the ability to participate anonymously but, frankly, that's just not our style."

After nine recalls that summer on three separate dates, two Republicans had been defeated, but the Republican Senate majority held at 17-16.

'We tactically outmaneuvered them'

Two days after the last recall, in mid-August, Walker thanked donors for their "quick and very generous response to our call for help" which enabled them "to frame the debate and define our opponents before they had a chance to define themselves."

They had raised about $12 million for Club for Growth, which coordinated spending through 12 different groups, and conducted opposition research, polling, focus groups, message development and an absentee ballot program.

Johnson noted that with a funding assist from the Club, religious and family groups and gun right activists helped process thousands of absentee ballot requests through a central operation. The Club also sent 3.5 million pieces of issue-specific mail to targeted voters, while running "generic television ads talking about the progress made balancing the state budget without raising taxes or cutting essential programs" — with some places experiencing as much as eight weeks of "heavy network and cable television and radio."

"We tactically outmaneuvered them," Johnson declared.

By early September, the operation was back in preparation mode for the next round of recalls including Walker's own and four other senators.

"Take Koch’s money. Get on a plane and sit down with Sheldon Adelson. Ask for $1m now. Corporations. Go heavy after them to give."

Walker scheduled at least 16 meetings and calls with potential donors prior to the first round of recalls. Between September and his historic recall victory in June 2012, Walker participated in at least 98 more.

Recent revelations from the Guardian newspaper confirm that Republican corruption in Wisconsin government is overripe and beginning to smell.

The comments come as the U.S. Supreme Court gets ready to review the case.

In light of the recent release of John Doe investigation documents, it's clear Gov. Scott Walker should resign. It would be the only honorable…

Questions for the live-streaming event can be submitted on Walker's Facebook page.

The allegations come in response to leaked documents from a halted John Doe investigation of Walker's campaign.

Walker selected seven questions from the public on topics including taxes, the budget and the economy.

The decision marks a major victory for Gov. Scott Walker in a case that dates back to shortly after his recall victory.

R.J. Johnson and Deb Jordahl ask in a court filing that all evidence seized three years ago be returned immediately.

Republicans are unlikely to support the bills, which come in the wake of a shuttered John Doe investigation.

Francis Schmitz also said he agrees that the source of the leaked documents should be investigated.

Walker also declined to say if the person who leaked the documents, the identity of which is unknown, should be prosecuted.

The Wisconsin Supreme Court turned down Schimel's request to appoint someone to oversee an investigation.

The Koch network's chief lieutenants renewed their vow this weekend to spend up to $400 million nationwide. 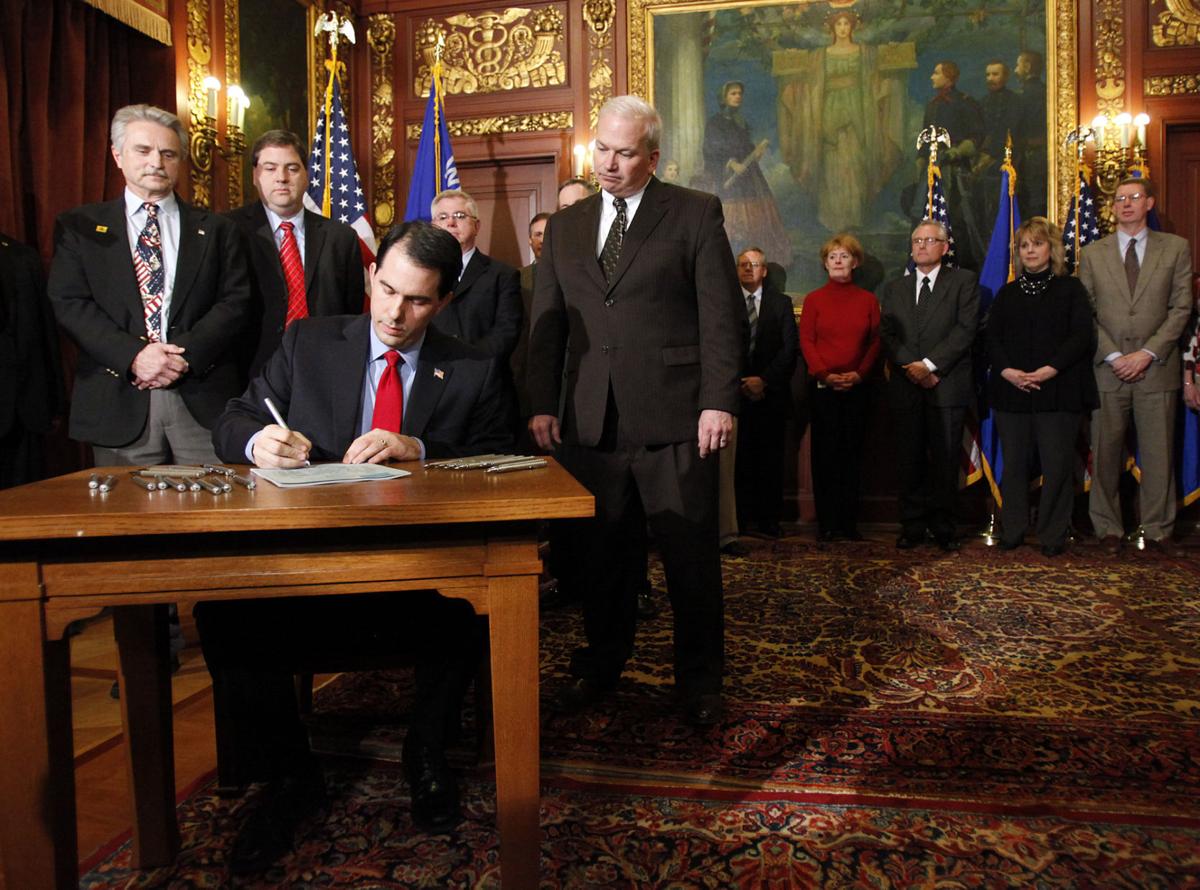 Gov. Scott Walker signed a law virtually eliminating collective bargaining for public employees on March 11, 2011. Within weeks he laid plans to coordinate the statewide recall effort through the Wisconsin Club for Growth. 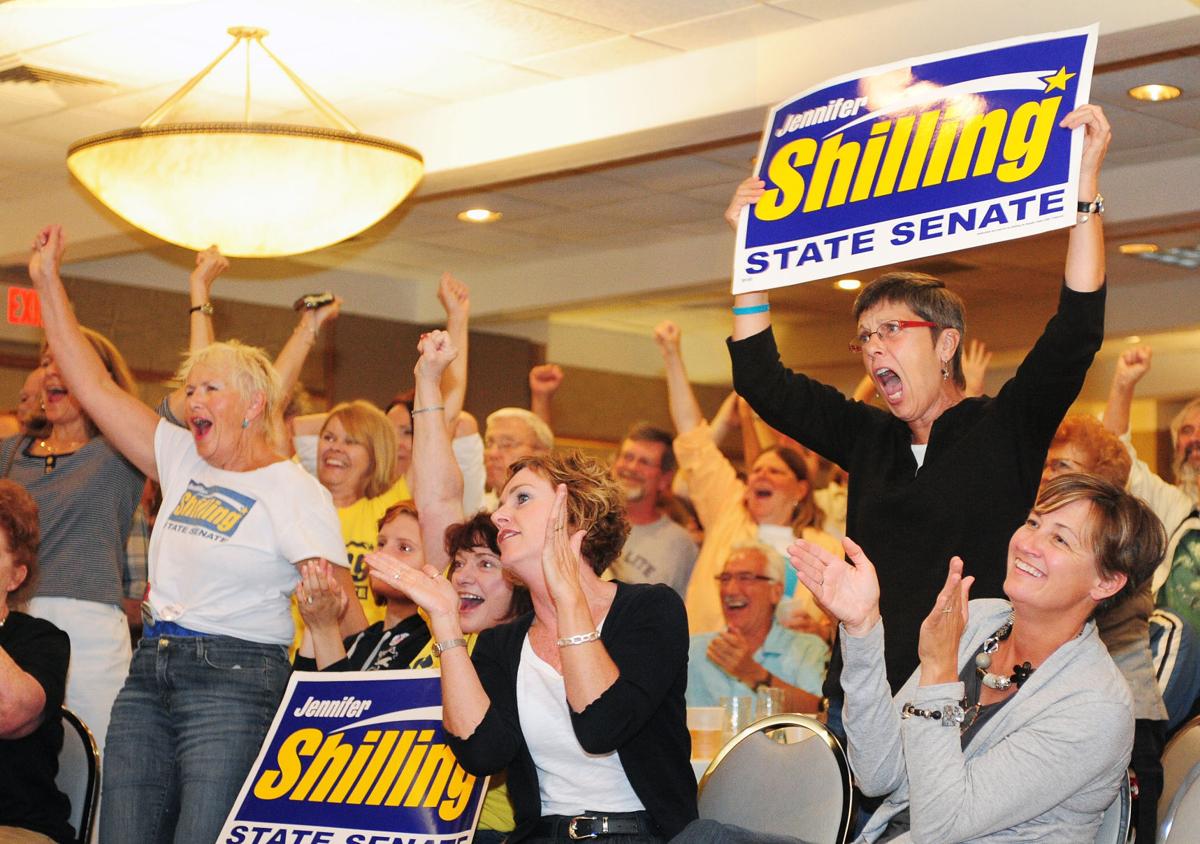 Democrats won two seats in the 2011 Senate recall elections, but it wasn't enough to regain control. Gov. Scott Walker's top political adviser, who ran a shadow campaign through the Wisconsin Club for Growth, declared that they had tactically outmaneuvered the Democrats. 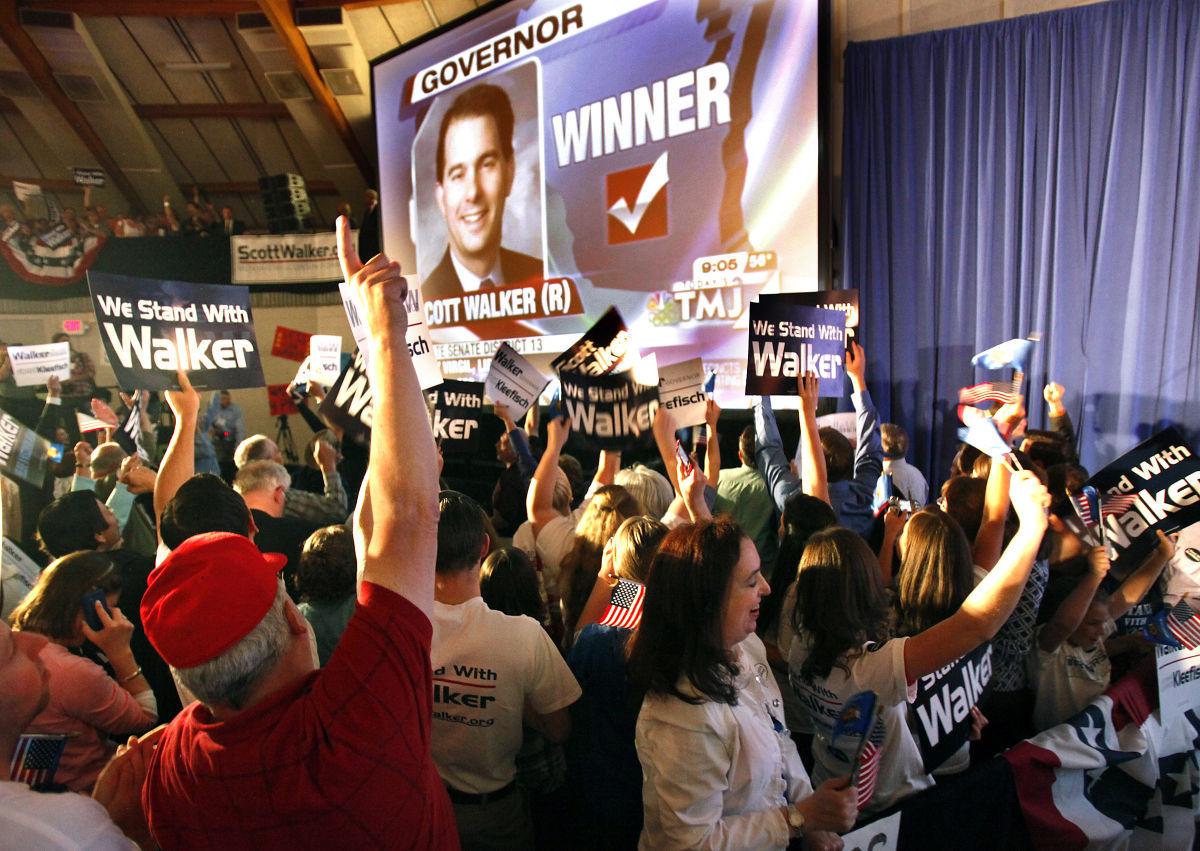 Gov. Scott Walker became the first governor to survive a recall election in U.S. history in June 2012. The victory helped Walker develop a national following among conservatives and laid the groundwork for a presidential campaign. 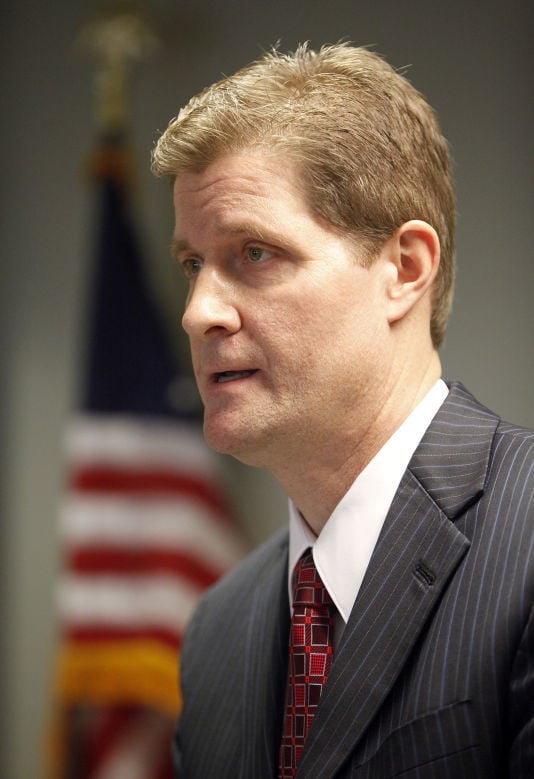 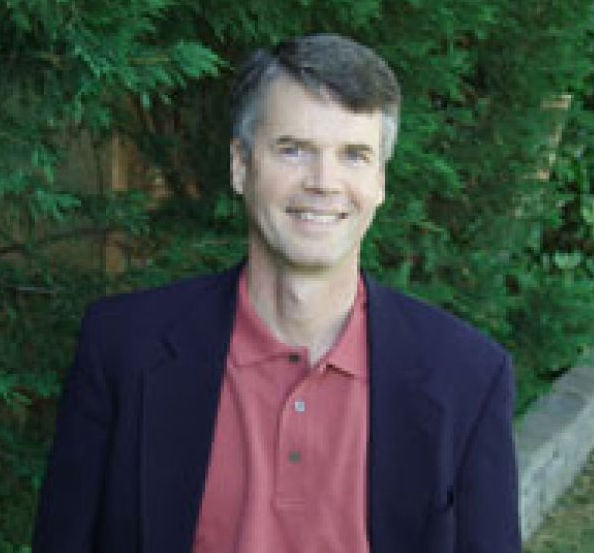 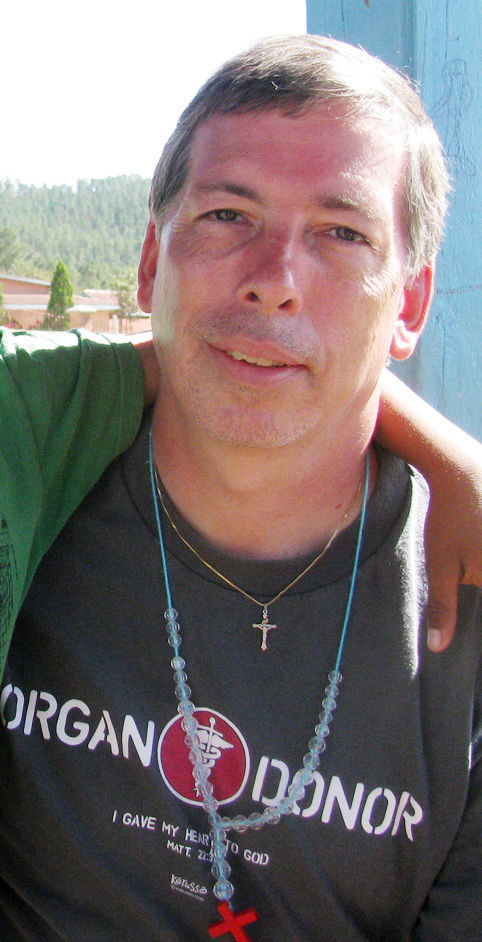